Christmas is just around the corner.

And Kendall Jenner looked cozy as could be in a selfie photo and boomerang she posted to her Insta Stories this Tuesday.

The 25-year-old supermodel bundled up in a warm-looking brown sweater and aimed her best smoldering stare at the camera. 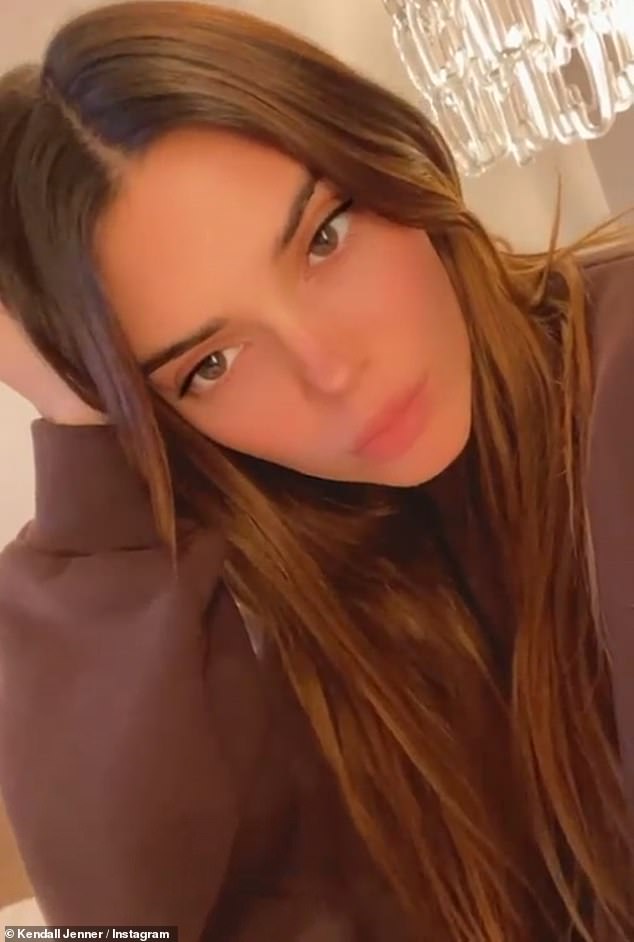 Looking fab: Kendall Jenner looked cozy as could be in a selfie photo and boomerang she posted to her Insta Stories this Tuesday

Her elder half-sister Khloe Kardashian tweeted in early November that she is still looking forward to a Kardashian-Jenner Christmas party this year.

When a fan asked if the bash would be canceled she replied: ‘I pray not! I think it will have to be way smaller obviously. And I’m totally fine with that!’

‘But we’re definitely celebrating Christmas! It will just have to be small and safe. Maybe do rapid testing before.’

The onetime Revenge Body With Khloe Kardashian hostess said once again that ‘We have to think of what is safest.’ 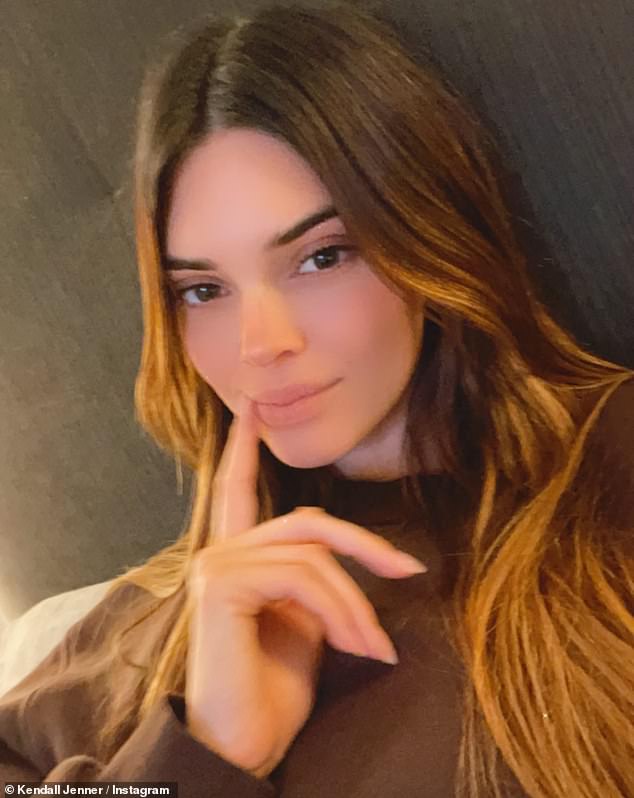 Sizzling sensation: The 25-year-old supermodel bundled up in a warm-looking brown sweater and aimed her best smoldering stare at the camera

Her big sister Kim Kardashian drew controversy in October by taking a group of 40 loved ones including Khloe and Kendall abroad for her 40th birthday celebrations.

The revelers flew private out to what used to be Marlon Brando’s private island in Tahiti for an extravagant six-day celebration.

Their vacation was criticized on Twitter for being insensitive amid the ongoing pandemic and the economic fallout of the lockdowns.

This month it emerged the Kardashian-Jenner family is developing international content to air on Hulu in the United States and through Star abroad. 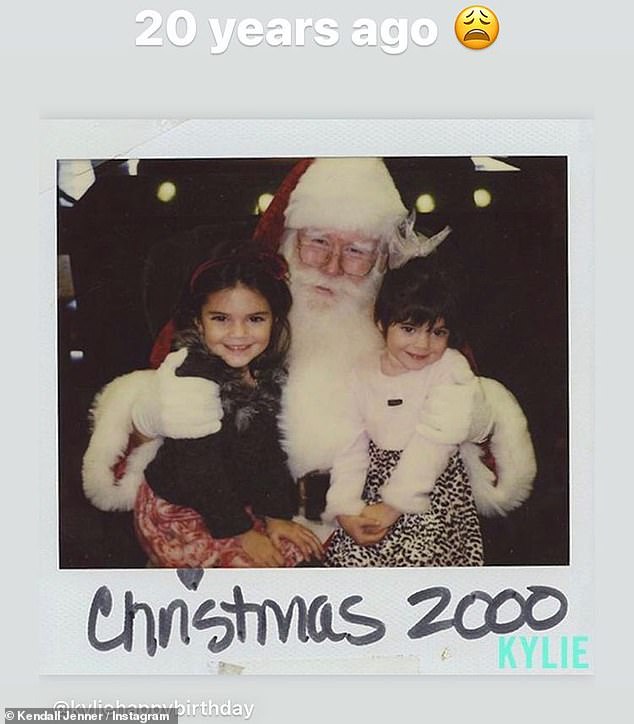 Remember when: Kendall was feeling nostalgic this month and posted an old snap of herself and her little sister Kylie 20 Christmases ago

News of the deal was announced at an investor day for Hulu’s parent company Disney, according to a press release from the streaming service.

The upcoming content will involve family matriarch Kris Jenner and her daughters Kourtney, Kim and Khloe Kardashian and Kylie and Kendall Jenner.

Their undisclosed new project will bow sometime next year and will be available in multiple territories outside the United States.

The Kardashian-Jenners’ upcoming content will be out late in 2021, the same year Keeping Up With The Kardashians airs its series finale on E!.