By Ryan Smith for MailOnline

She has been spending time in Miami, after jetting over to the sun-kissed city ahead of last weekend’s festivities surrounding the Super Bowl.

But it was back to work for Kendall Jenner on Wednesday, when she stepped out for a photoshoot in the Floridian locale.

The 24-year-old model, who is based in her native Los Angeles, looked casually cool as she departed the shoot, donning a purple top with faded high-waisted jeans. 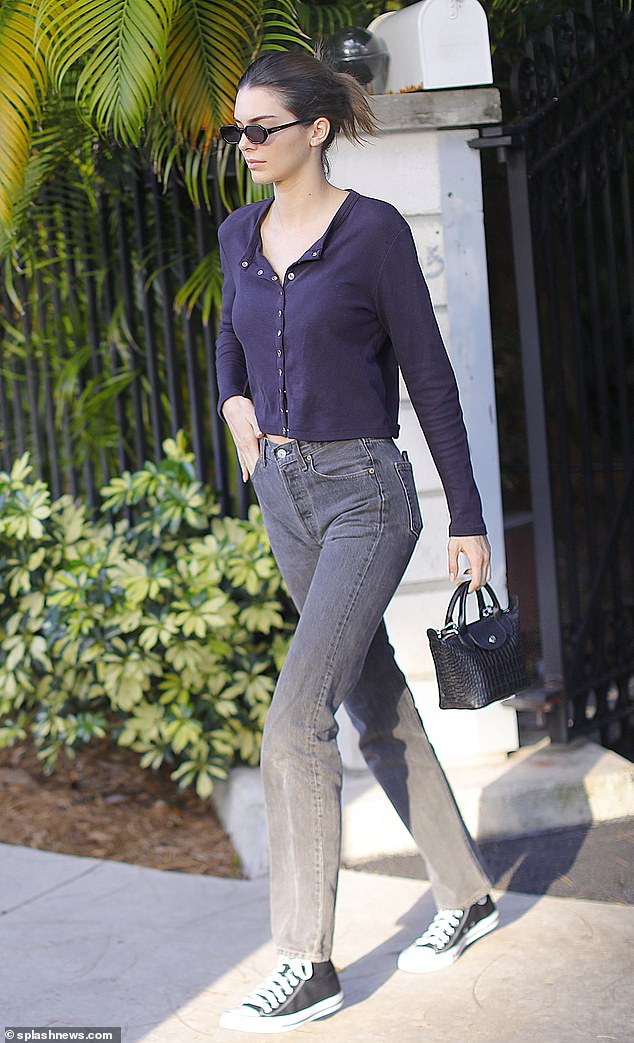 Work: Kendall Jenner was spotted leaving a photoshoot in Miami, Florida, on Wednesday

Teaming her laid-back ensemble with a pair of box fresh Converse shoes, the younger sister of Kim Kardashian wore her brunette locks in a bun.

Shielding her eyes with a pair of stylish sunglasses, the runway favourite toted a black leather Longchamp bag as she made her way into a waiting vehicle.

On Sunday, Kendall was seen arriving at the Super Bowl 2020 with her basketball player beau Ben Simmons, 23, with the pair joining a host of stars. 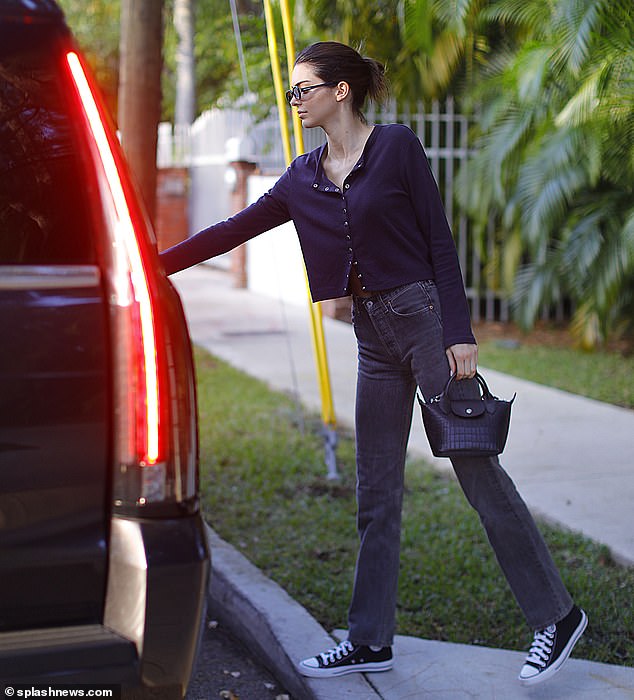 Casually cool: The 24-year-old model, who is based in her native Los Angeles, looked casually cool as she departed the shoot, donning a purple top with faded high-waisted jeans

The model and the athlete were first linked in June 2018 when they were spotted shopping in Beverly Hills.

They were confirmed to be dating by July, and the following month they took a vacation top Mexico with her sister Khloé Kardashian and her then-partner Tristan Thompson.

Kendall was spotted making out with Anwar Hadid in September 2018, fuelling speculation that the couple might have broken up.

But in November, they were seen together at a basketball game, and she was spotted at multiple 76ers fixtures, even sitting court side with Ben’s mother Julie Simmons. 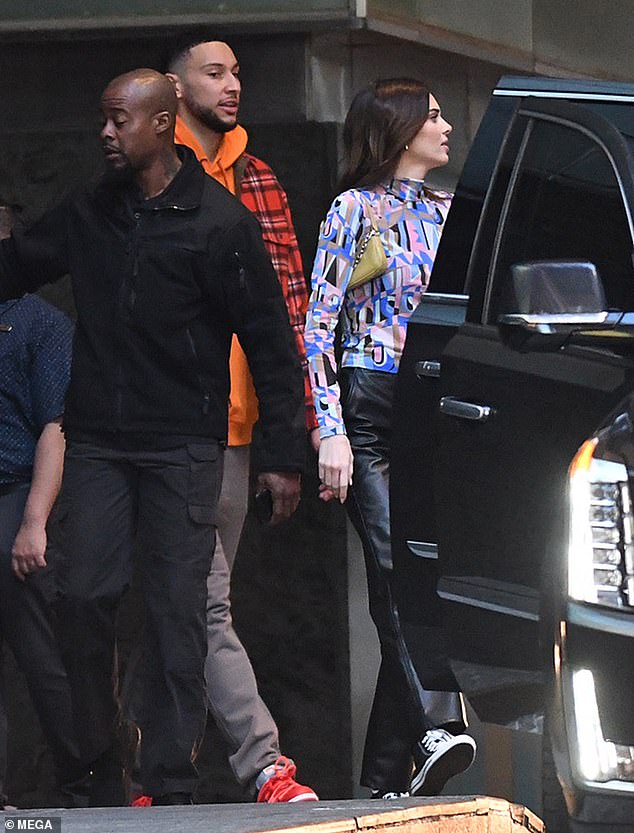 Date night: On Sunday, model Kendall was seen arriving at the Super Bowl 2020 with her basketball player beau Ben Simmons

Things got more serious between the two when Ben took Kendall out for a date night in New York City on Valentine’s Day.

Signs of cracks in their façade appeared in a May cover article for Vogue Australia, in which she was reticent about discussion their relationship, and said relationships in general for people her age were ‘super uncertain.’

Later in May that uncertainty got an explanation when the couple were reported by People to be ‘on a break.’

There may have been signs that the two were inching towards a reunion, though, when Kendall was spotted on December 16 at one of Ben’s games in Philadelphia. 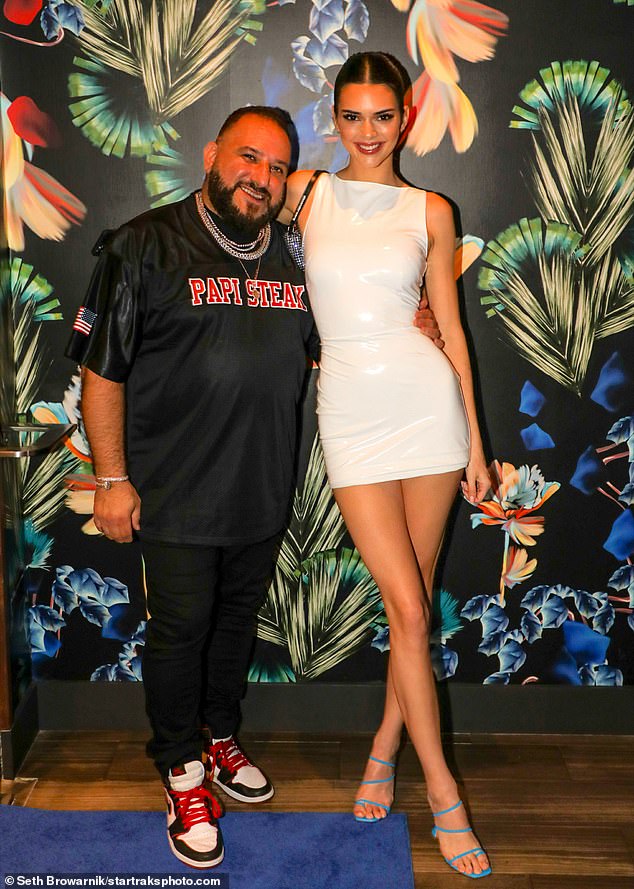 Looking good: She also stepped out on the social scene during Super Bowl weekend, and was spotted at the Belvedere Private Dinner Party at Papi Steak. Pictured with David Einhorn