By Dan Heching For Dailymail.com

Ever since things came to a ‘breaking point’ in December, there have been rumors Kourtney Kardashian will be leaving her family’s popular TV show.

But now it looks as if the reality star might not be completely done with Keeping Up With The Kardashians, which she has appeared on since 2007.

On Thursday’s visit to The Ellen DeGeneres Show, Kourtney’s younger half-sister Kendall Jenner teased that it simply might be a question of ‘boundaries’. 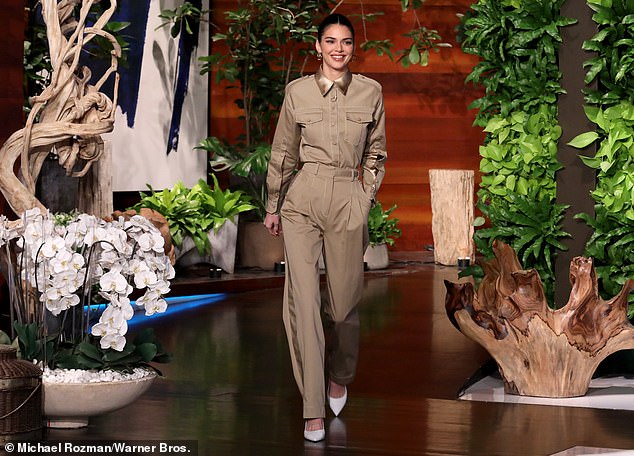 ‘I think Kourtney kind of has boundaries, which is totally understandable,’ Kendall said of her sister Kourtney; Kendall seen here on The Ellen DeGeneres Show on Thursday

‘I think Kourtney kind of has boundaries, which is totally understandable,’ Kendall, 24, said of her sister Kourtney, 40.

The notoriously private Kendall is referring to the fact that Kourtney’s prior relationships, especially to ex-husband and baby daddy Scott Disick, have been very much part of the content of KUWTK in seasons past.

Judging from Kourtney’s feud with Kim late last year about not wanting to film anymore, the eldest Kardashian sibling seems tired of living her life in front of the cameras. 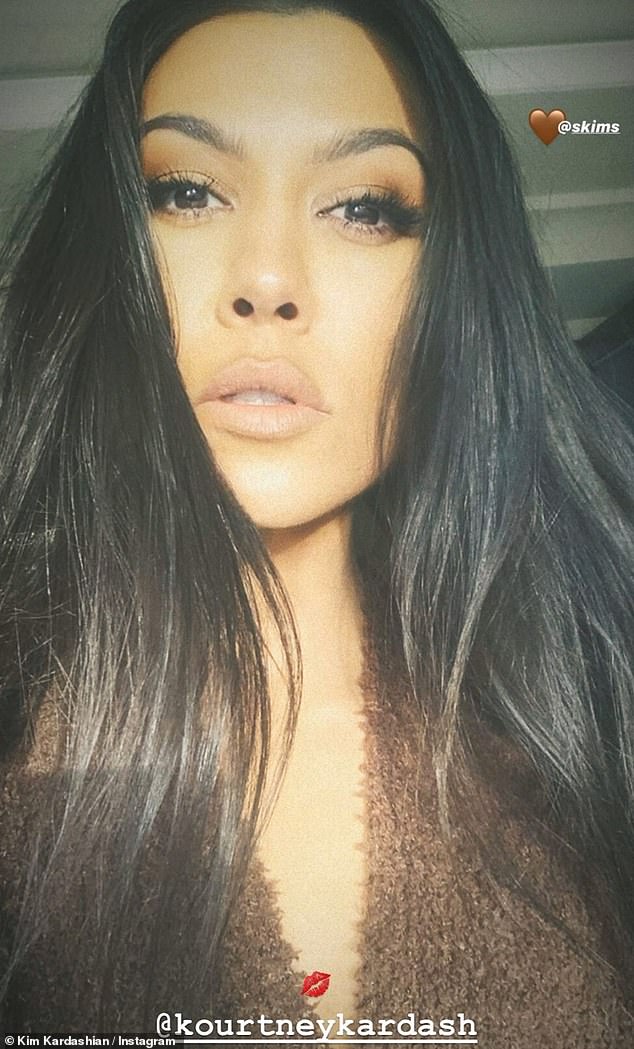 Is she done? The eldest Kardashian child seems tired of living her life in front of the cameras; she is seen advertised Kim’s Skims line this week 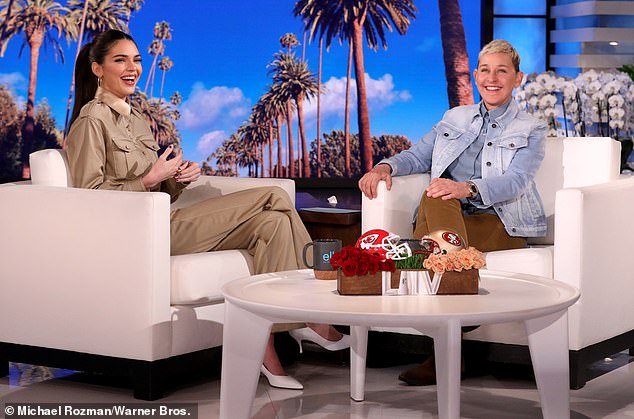 Speaking out: Kendall and Ellen beamed while they chatted on the daytime talk show 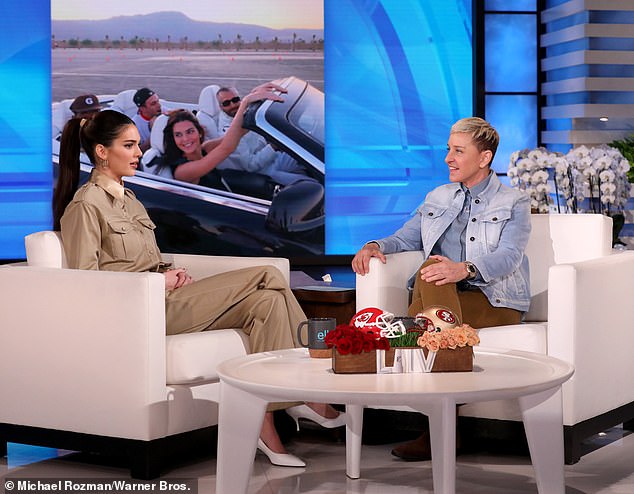 Birthday fun: Kendall also spoke about celebrating her 24th birthday in November by drifting in fast cars on a racetrack in Palm Springs, California 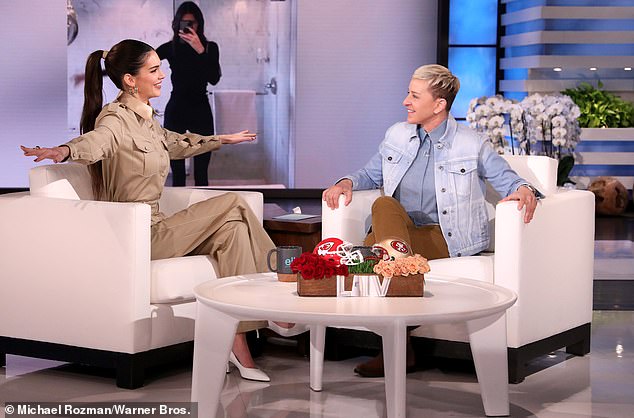 Nonetheless, Kendall went so far as to say that Kourtney will most likely still appear on the program.

‘No, I don’t think she’s fully confirmed to not be on the show. Let’s just say it gets a little bit crazier before it gets any better.

‘There are some pretty crazy things that happen.’ she added.

It’s unclear where things are headed, but Kourtney was already at odds with younger sister (and KUWTK primary star) Kim Kardashian in December during the season 17 finale. 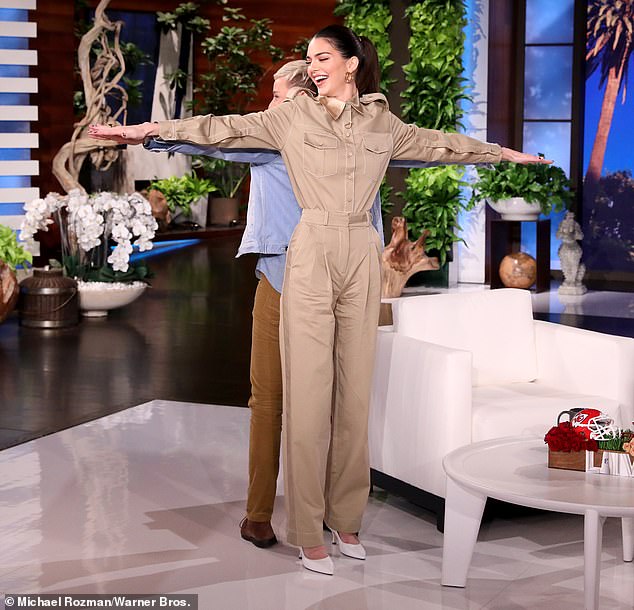 Long arms: Ellen compared herself to Kendall and her long arms 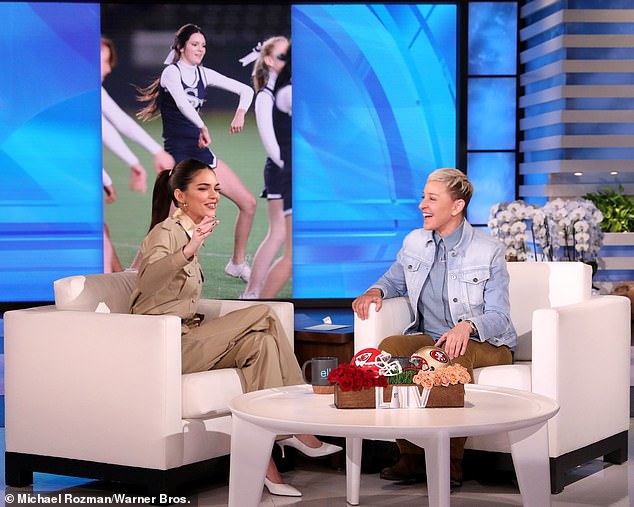 High school: Kendall was a cheerleader in high school and Ellen showed a photo of her at a game

On that December 15 episode, Kourtney lamented, ‘I have three kids that are my priority more than the show. Why do I have to say it 25 times? I’m not going to change my min.

‘What I’m saying is I’m getting to the point where I’m not happy. Everyone has their breaking point. Life is short. It’s not all about filming this show.

‘It’s not okay that I feel like I’m at my breaking point. I need a break and I don’t want to film anymore,’ she added. 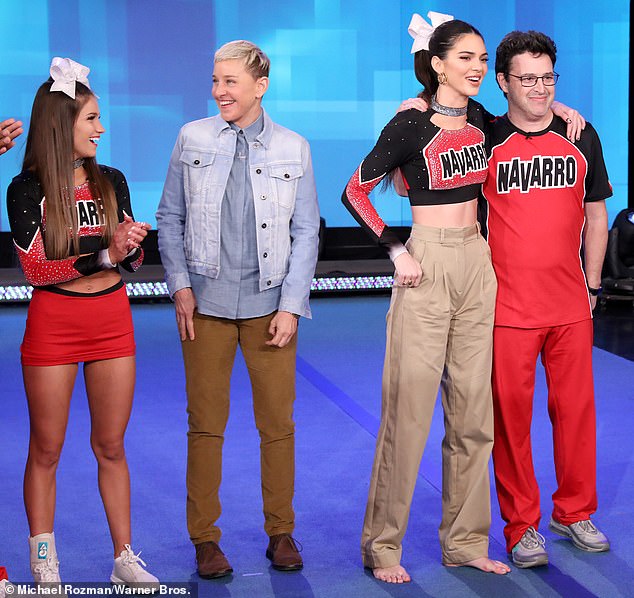 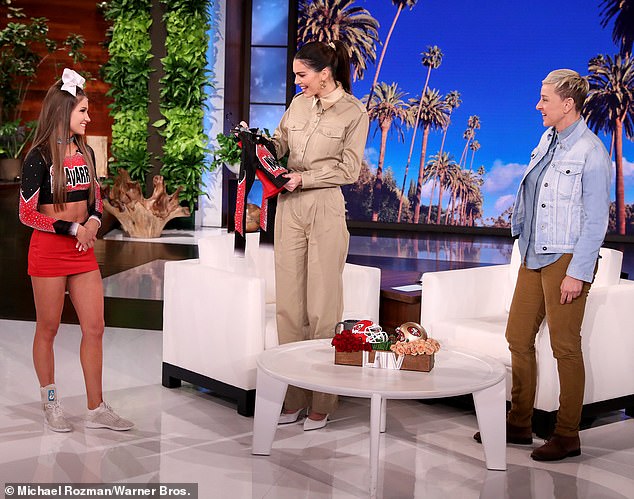 Favorite cheerleader; Morgan from the docuseries Cheer surprised Kendall on the show