Vlad From VladTV: I Pulled Up On Joe Budden; He Didn't Want No Smoke w/ Me!!


They broke up last year amidst a cheating scandal.

But it seems Khloe Kardashian and Tristan Thompson have rekindled their romance as they self-isolate together in California with their daughter True.

The reality star and the NBA pro are ‘giving their relationship another try,’ a source told People on Wednesday.

Back together: Khloe Kardashian and Tristan Thompson are ‘giving their relationship another try,’ a source told People Wednesday. The exes are said to have grown closer again while self-isolating with daughter True, two, in California

Khloe had stood by Tristan even though he cheated on her while she was pregnant with their daughter, who was born in April 2018 in Ohio where the athlete plays for the Cleveland Browns.

After the birth, she returned home to Calabasas with the baby and it seemed she and Tristan had mended their relationship.

However, after learning he had hooked up with her half-sister Kylie Jenner’s best friend Jordyn Woods, Khloe dumped him in February 2019.

People’s source said Wednesday that ‘Tristan is working hard to prove himself and has been a great dad to True.’

His efforts clearly seem to be playing off. 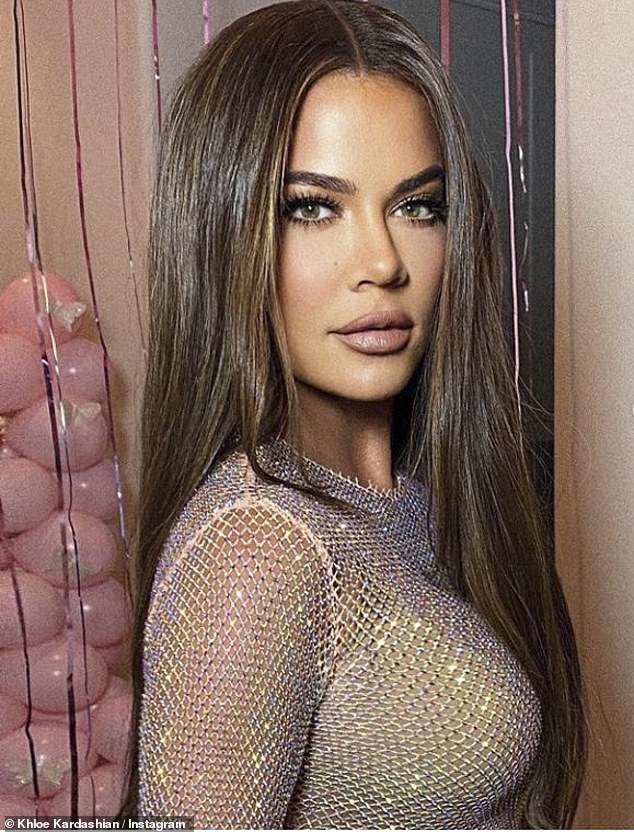 Betrayed: Khloe, who is sporting yet another new look, dumped the NBA pro in February 2019 amid another cheating scandal after she’d previously stood by him when it emerged he’d serially cheated on her while she was pregnant

Mending fences: Ahead of Khloe’s 36th birthday this past weekend, Tristan posted a gushing tribute to the reality star on his Instagram, praising her as a ‘beautiful and loving woman’ 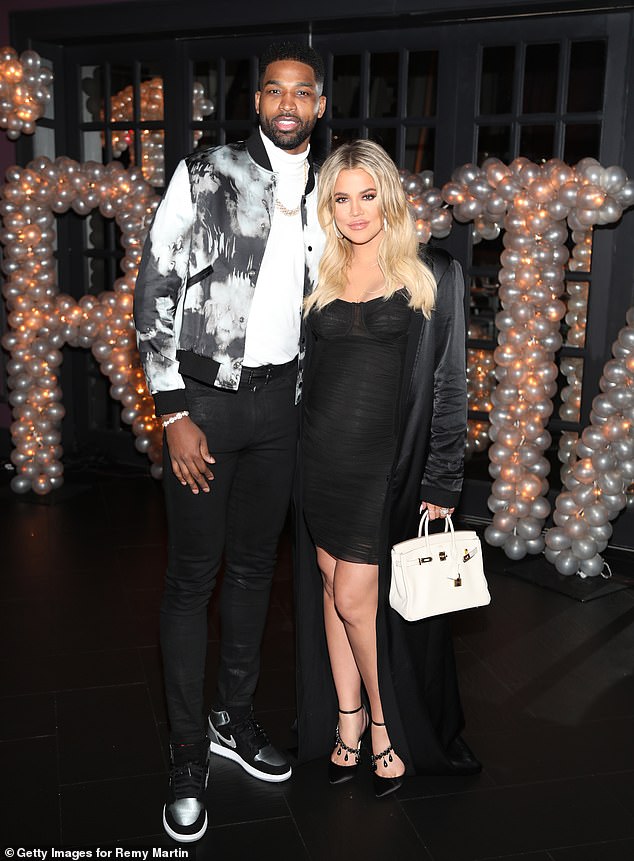 Sweet praise: ‘I’m wise enough now to know, you came into my life to show me just what it means to be an incredible person. I appreciate how I am able to learn from and grow because of you,’ Tristan wrote. The couple are pictured in March 2018

Ahead of Khloe’s 36th birthday last weekend, he posted a gushing tribute to the celebrity on his Instagram.

‘I’m wise enough now to know, you came into my life to show me just what it means to be an incredible person. I appreciate how I am able to learn from and grow because of you,’ he wrote alongside a photo of himself with Khloe and True.

‘I thank God for the beautiful and loving woman you are to everyone, especially our daughter True. You deserve the world Koko! True and I love you mama. Happy Birthday @khloekardashian,’ he added.

The youngest of Kris Jenner’s three daughters with late husband and O.J. Simpson defense attorney Robert Kardashian celebrated her birthday with a small gathering of family and close friends.

At the extravagant pink-themed bash, Khloé and Tristan ‘acted like were back together,’ another insider told People. 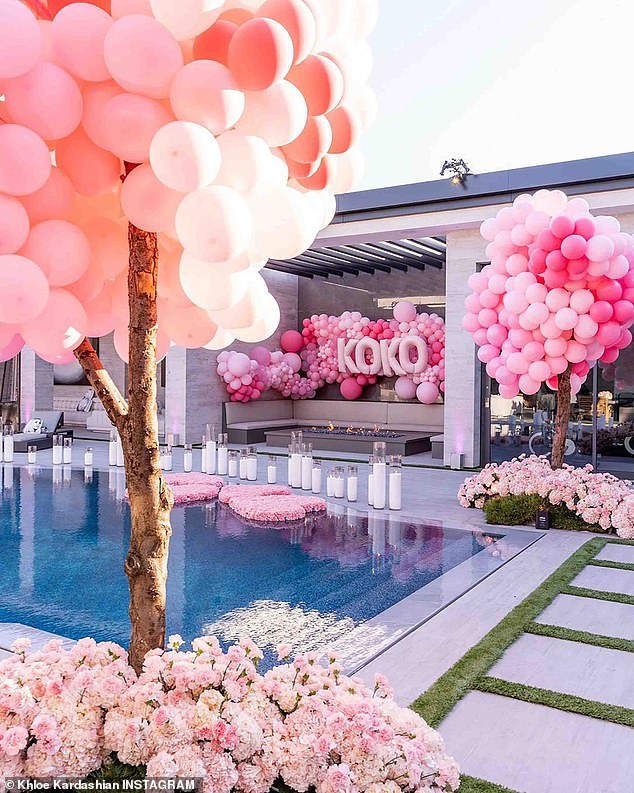 Party: Khloe celebrated her birthday with a small gathering of family and close friends and she and Tristan ‘acted like were back together,’ another insider told People 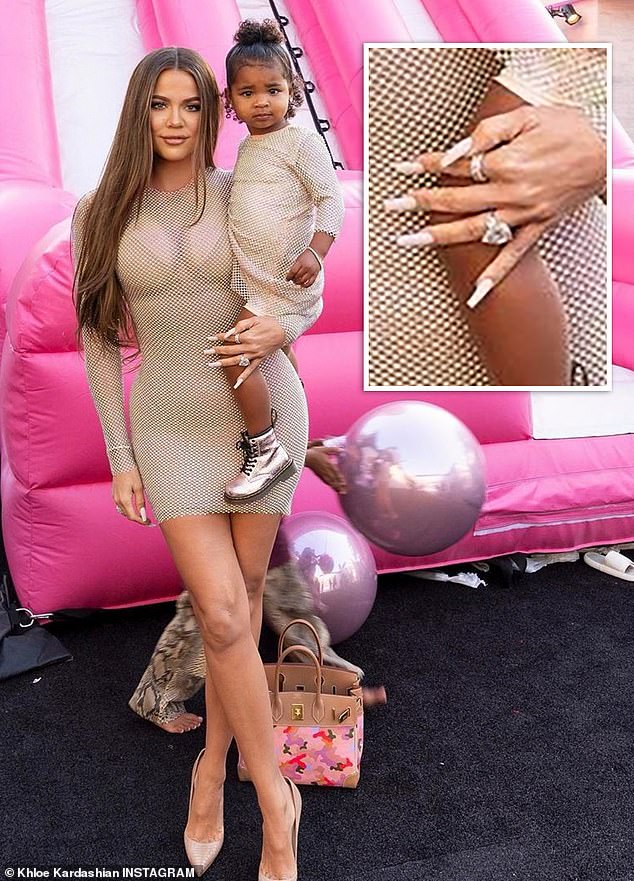 New bling: The Keeping Up With The Kardashians star even sparked engagement rumors after sharing photos in which she’s wearing a massive pear-shaped diamond on her ring finger

The outlet has previously reported that the pair grew closer during the coronavirus lockdown, explaining: ‘They hadn’t spent this much time together since they lived in Cleveland. They have had an amazing spring with True in L.A.’

In fact, the two even sparked engagement rumors when Khloe posted photos from her birthday party to her Instagram in which she’s wearing a massive pear-shaped diamond on her left hand ring finger.

However, a source told UsWeekly on Wednesday that they two are ‘not engaged.’ 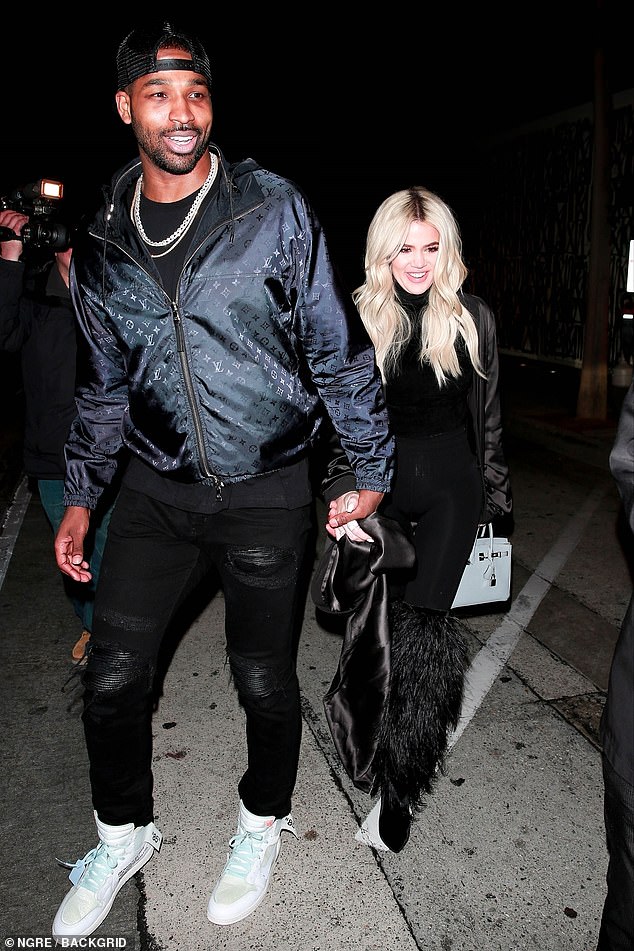 The way they were: Tristan and Khloe, pictured in January 2019 in Hollywood, went public with their romance in September 2016 and welcomed their daughter on April 12, 2019

Tristan and Khloe went public with their romance in September 2016 and she finalized her divorce from ex-husband Lamar Odom that December after previously putting it on hold while he recovered from a near-fatal overdose.

Before getting together with the Keeping Up With The Kardashians star, Tristan had been in a relationship with Jordan Craig and she gave birth to his first child, a son Prince, in December 2016.

In December 2017, Khloe announced she was pregnant and she moved to Cleveland to be with her beau.

However, two days before she gave birth to her daughter on April 12, photos emerged of Tristan getting close to a mystery woman at a New York nightclub and old surveillance footage also surfaced showing him getting affectionate with two women at a hookah lounge in Washington, D.C.

After Khloe returned to California, she and the basketball player appeared to patch up their relationship.

However, after spending Valentine’s Day 2019 with Khloe and True, Tristan attended a house party a few days later on February 19 where he was seen ‘making out’ with Jordyn Woods.

That proved the last straw for the reality star who called him out publicly for his cheating and her half-sister Kylie Jenner broke off her close friendship with Jordyn. 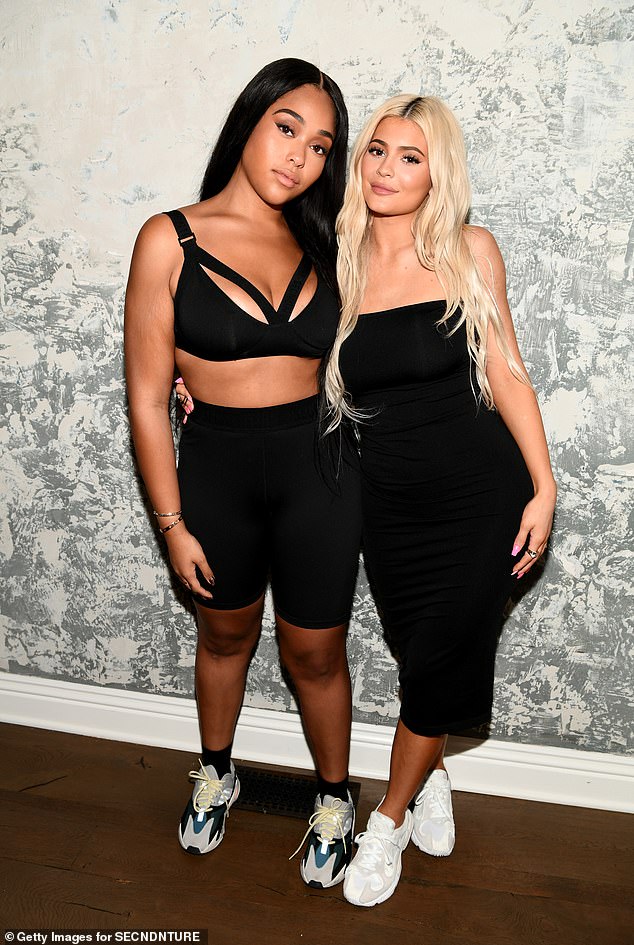 Scandal: Khloe dumped Tristan in February 2019 after he was caught ‘making out’ with half-sister Kylie Jenner’s BFF Jordyn Woods at a house party. Kylie and Jordyn are pictured in 2018 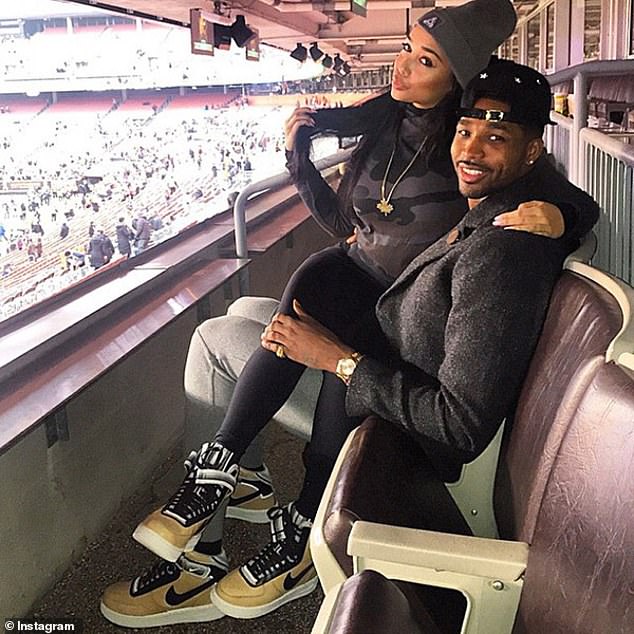 His ex: Before getting together with Khloe, Tristan had been in a relationship with Jordan Craig and she gave birth to his first child, a son Prince, in December 2016