Marc Anthony gushes about daughter Emme, 11, after her showstopping appearance 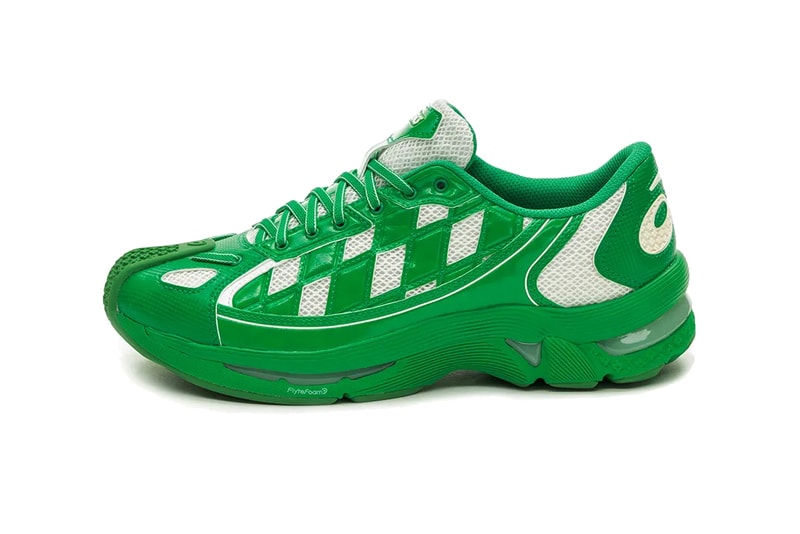 Fresh off a lauded FW20 runway at Paris Fashion Week, Kiko Kostadinov has presented another collaborative ASICS silhouette dubbed the GEL-Kiril. First debuted at his aforementioned PFW presentation, Kostadinov’s newest effort with ASICS shows his knack for combining the Japanese brand’s sporty stylings and signature tech with his own bold flair.

Arriving in three divergent palettes — “Cilantro,” “Ice Mint” and “Black” — the GEL-Kiril’s signature detail is its latticed midfoot overlay, a diamond pattern that places glossy patent leather over an athletically inclined mesh base. Front and rear both get in on the action as well: the former with an extended rubber toe bumper that reaches all the way onto the toebox and secures the bottom lace eyestays, the latter with an asymmetrical ASICS graphic on the heel.

Textures are seemingly just as important as tones too, with the contrast between mesh, smooth patent leather and starred rubber details adding extra dimensions to the design. FlyteFoam midsoles feature a bold cacophony of wavy lines, and are loaded with signature GEL cushioning in both the heel and forefoot to ensure comfort. Finishing touches are provided by a Kiko Kostadinov stamp on the insoles plus AHAR outsoles with circular traction patterns and the same star-shaped nubs as the upper.

The “Black” colorway of the GEL-Kiril was the only one sent down the aforementioned Parisian runway alongside yet-to-appear tonal red and blue styles. However, the “Cilantro” and “Ice Mint” both carry on the Bulgarian designer’s colorful experimentations from 2019’s GEL-Korik.

All three colorways of the Kiko Kostadinov x ASICS GEL-Kiril will release at retailers like Asphalt Gold on February 8 for €209 EUR (approximately $231 USD).

For more footwear news, check out our Best Footwear Drops list for February 2-8.