Chris Rock: Tiffany Haddish Was On Drugs When She Cut Her Hair!!


Kim Kardashian has revealed she and her family needed to take some time out after filming 20 seasons of Keeping Up With The Kardashians.

The TV star, 39, discussed the end of her family’s long-running reality series, due to conclude in 2021 after 14 years on the air.

Speaking to Grazia magazine, she said: ‘This was a dream of all of ours. We never imagined we would get onto season two. Now we’re on twenty. Sometimes we just need a break. It’s really simple.’ 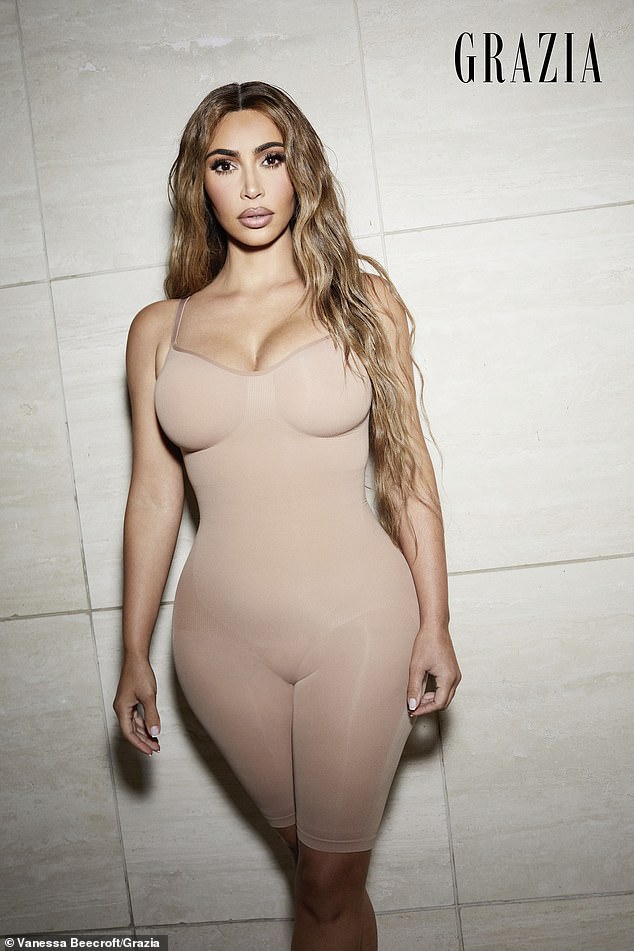 Break: Kim Kardashian, 39, has revealed she and her family needed to take some time out after filming 20 seasons of Keeping Up With The Kardashians

Kim cited the family’s hectic working schedule around the show, as well as the numerous spin-offs they have filmed over the years that also contributed to their decision to end the show.

She said: ‘We just need a minute to regroup. You know, we haven’t had a break for fourteen years.

‘We’ve gone in filming a season, then a spin off and I think there’s no other way to say it other than, we just live such big lives. 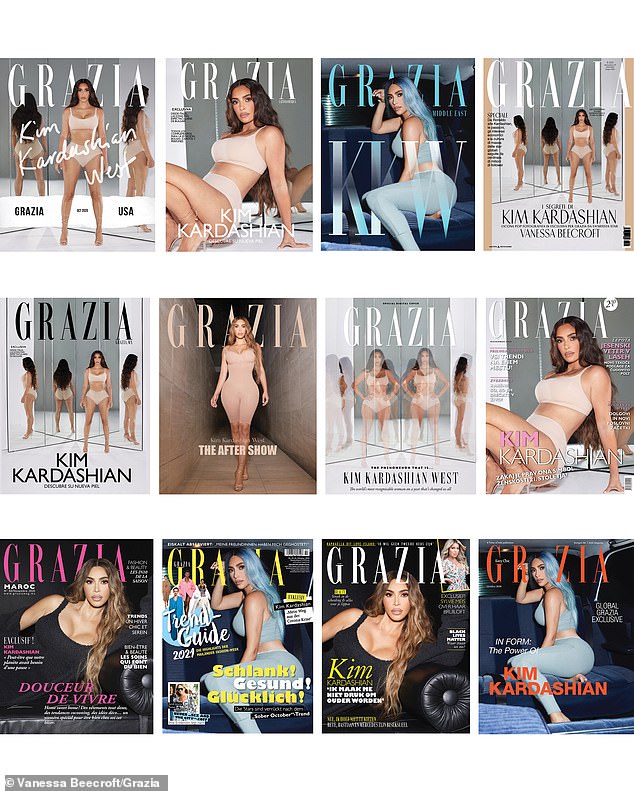 Kim said: ‘This was a dream of all of ours. We never imagined we would get onto season two. Now we’re on twenty. Sometimes we just need a break. It’s really simple’

‘And we have kids now. And they need us. There’s so much going on that, even just for a minute we need a break.’

Throughout the years the show chronicled key events in the personal and professional lives of the California family.

Confirming the end of the show in a statement uploaded to social media last month, Kim wrote: ‘To our amazing fans – It is with heavy hearts that we’ve made the difficult decision as a family to say goodbye to Keeping Up with the Kardashians. 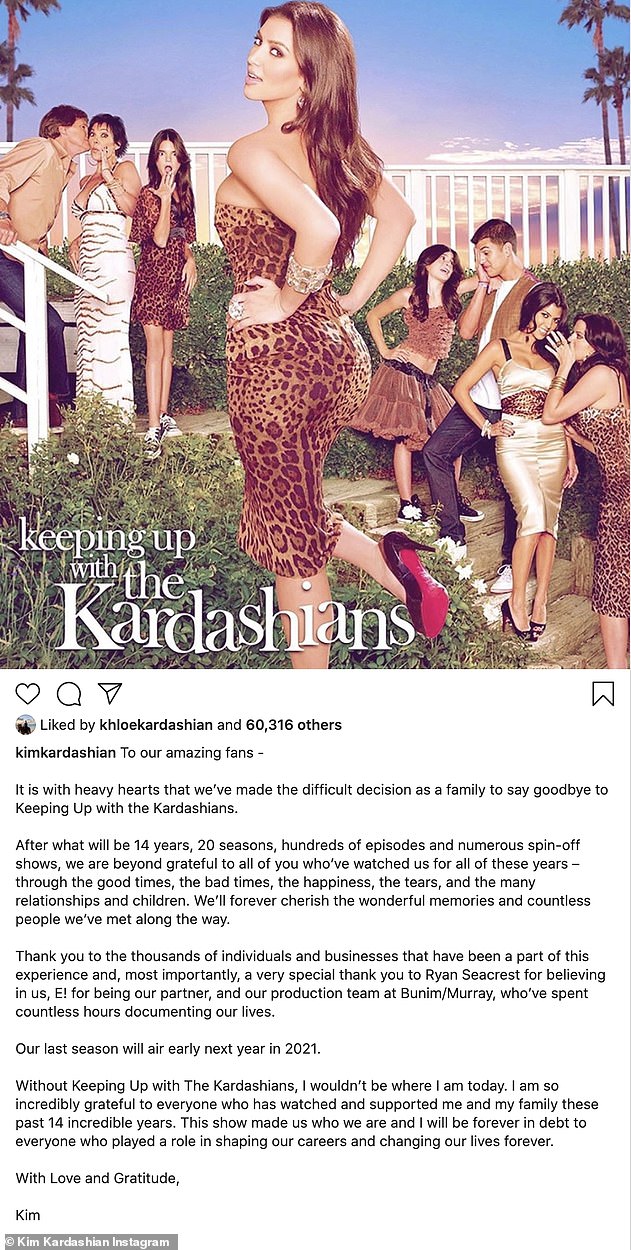 Shock announcement: Kim confirmed the end of the show in a statement uploaded to social media last month 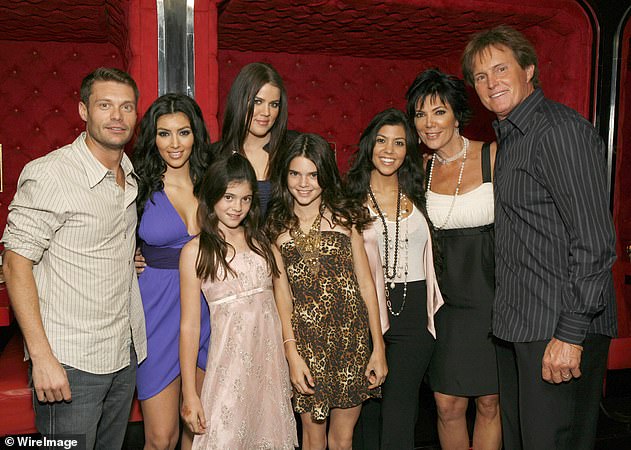 Where it all began: Above is a picture of the first viewing party for Keeping Up with the Kardashians way back in 2007 ahead of it airing on E! for the first time

‘After what will be 14 years, 20 seasons, hundreds of episodes and numerous spin-off shows, we are beyond grateful to all of you who’ve watched us for all of these years – through the good times, the bad times, the happiness, the tears, and the many relationships and children.

‘We’ll forever cherish the wonderful memories and countless people we’ve met along the way. Thank you to the thousands of individuals and businesses that have been a part of this experience,’ she wrote.

Kim added: ‘Most importantly, a very special thank you to Ryan Seacrest for believing in us, E! for being our partner, and our production team at Bunim/Murray, who’ve spent countless hours documenting our lives.

‘Our last season will air early next year in 2021. Without Keeping Up with The Kardashians, I wouldn’t be where I am today. I am so incredibly grateful to everyone who has watched and supported me and my family these past 14 incredible years.’ 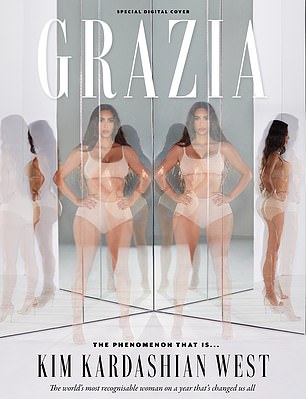 ‘This show made us who we are and I will be forever in debt to everyone who played a role in shaping our careers and changing our lives forever. With Love and Gratitude, Kim.’

Elsewhere in her interview, Kim discussed her shapewear and loungewear brand, SKIMS, which debuts in the UK this month.

She said: ‘I’ve always worn shapewear and I really wanted to start a shapewear line’ The loungewear could not really be any more apt for the moment it drops into.

‘I guess perfect timing, right?’ Every cloud? It’s been super-cosy and amazing for times like this, in quarantine. When you still want to look and feel good, when you don’t want to dress up and still look cute.’

Explaining her reasons for creating her own line, Kim said: ‘Really, I have worn shapewear for years and years. But there was always something wrong with what I felt was out there. Especially the shade range.

‘I couldn’t even find my colour tone in shapewear.’ She would buy pieces and dye them with teabags in the kitchen sink.

‘I thought, “wow, if I can’t find a shade colour, think of all the women out there who couldn’t find their colour either.” I found something I felt was missing in the market-place and made sure we filled it.’

The full interview and photo shoot appears in Grazia magazine, on sale on Tuesday 6 October. 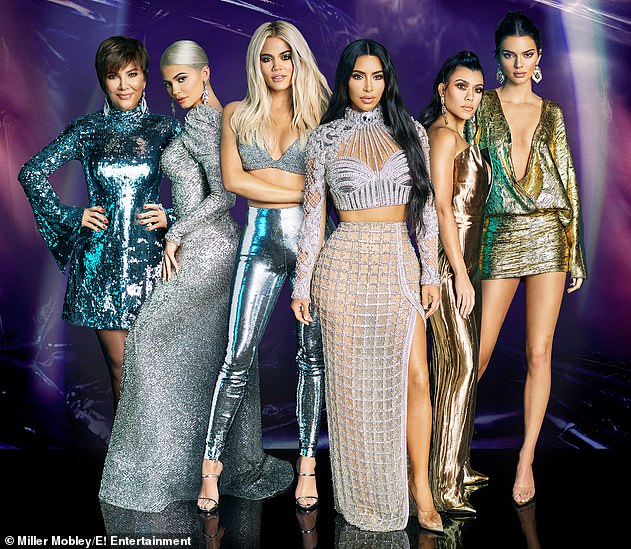 Poor turn out: In April this year, it was reported that viewership for the show had sunk to 871,000 viewers, making that episode the 4th lowest rated episode ever