Kim Kardashian and her children join husband Kanye West every week for his music-filled Sunday Services.

And it appears the couple’s youngest daughter, Chicago, has been inspired by the gospel-inspired outings.

The two-year-old was caught by mom Kim belting out Jesus I Love You in video clips she shared to Instagram on Monday. 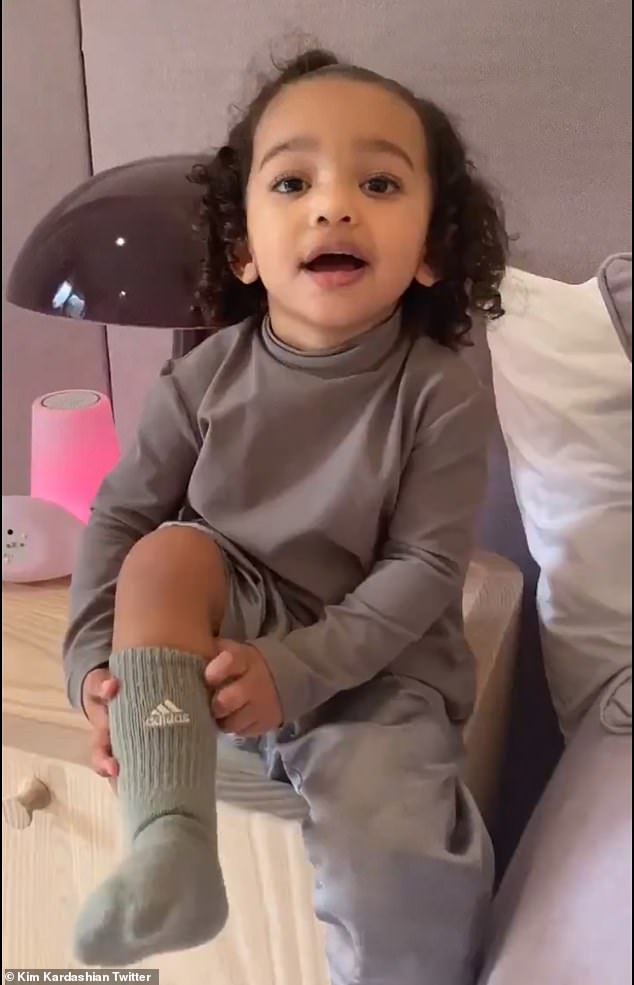 Chicago wears a grey sweatsuit and Adidas socks, and can be seen perched on a wooden nightstand.

With her curly tresses strewn about, it appears the youngster had just woken up for the day.

She stared up at Kim’s iPhone camera and, without a moment of doubt, burst into song. 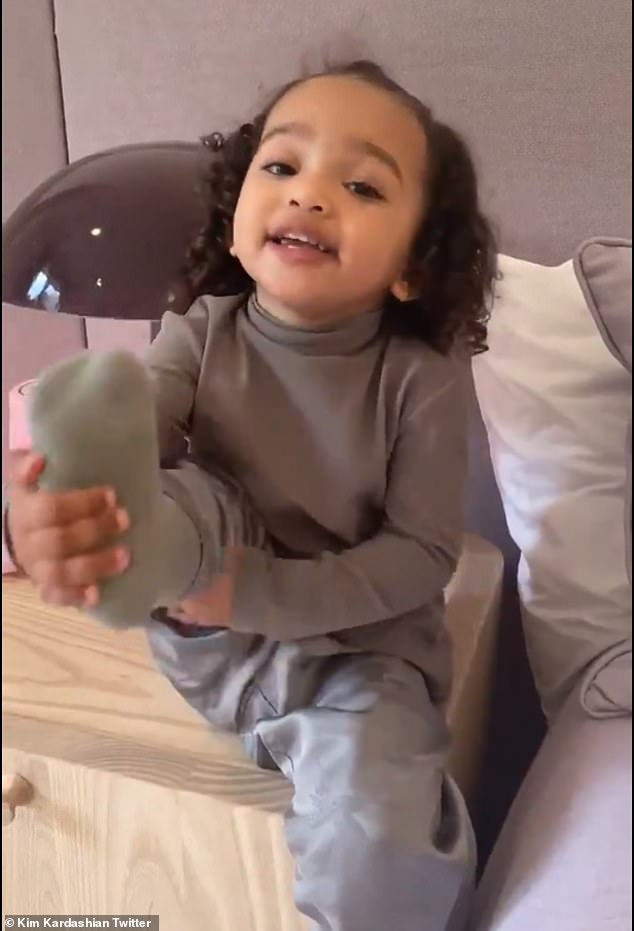 Well versed: The tiny toddler belted out her own rendition of Jesus I Love You, as well as a few lines from another biblical hymn 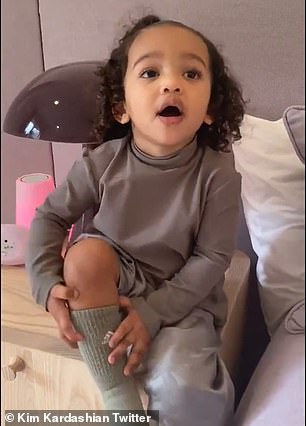 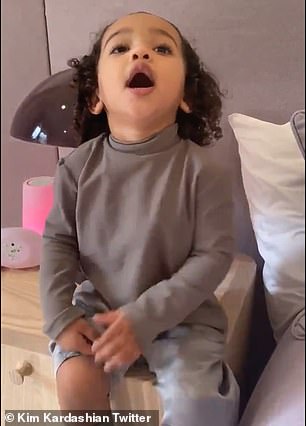 Belting it out: Chicago gave it all she got as she sang into mom Kim’s iPhone camera

As each line flew from her mouth, a bigger and bigger smile appeared on Chicago’s face.

Overwhelmed by her daughter’s cuteness, the 39-year-old reality star had no choice but to share the clips with her 158million Instagram followers. 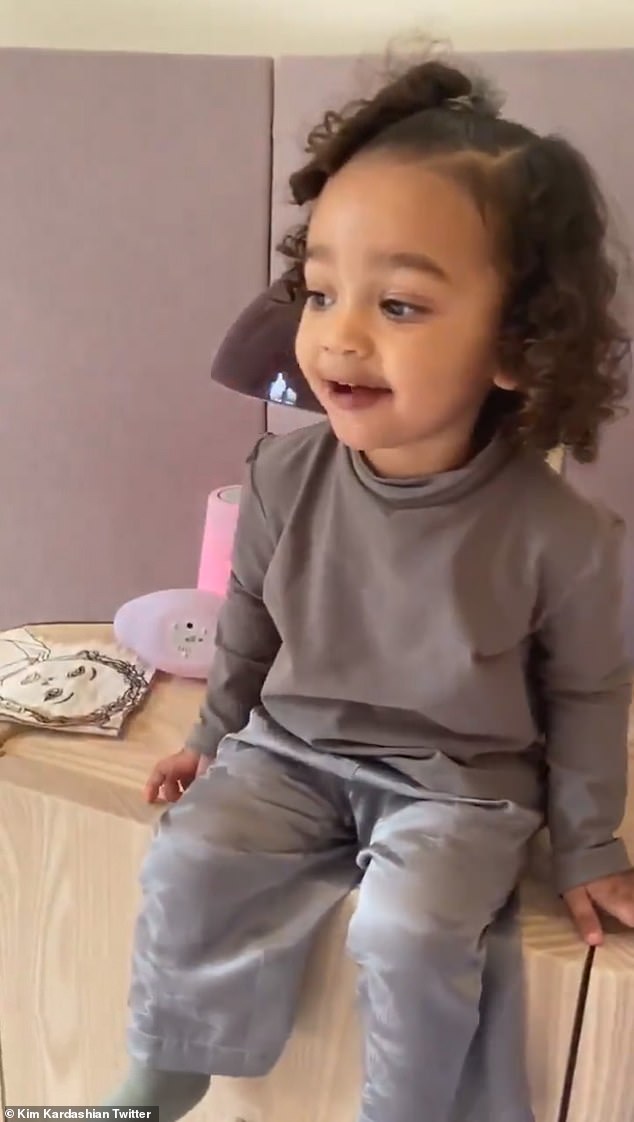 Comfy: The two-year-old appeared to have just woken up for the day as she rocked messy tresses and grey lounge wear

In an image shared to Instagram on Friday, Chicago, donning Minnie Mouse face paint, can be seen during a trip to Walt Disney World Resort in Orlando, Florida. 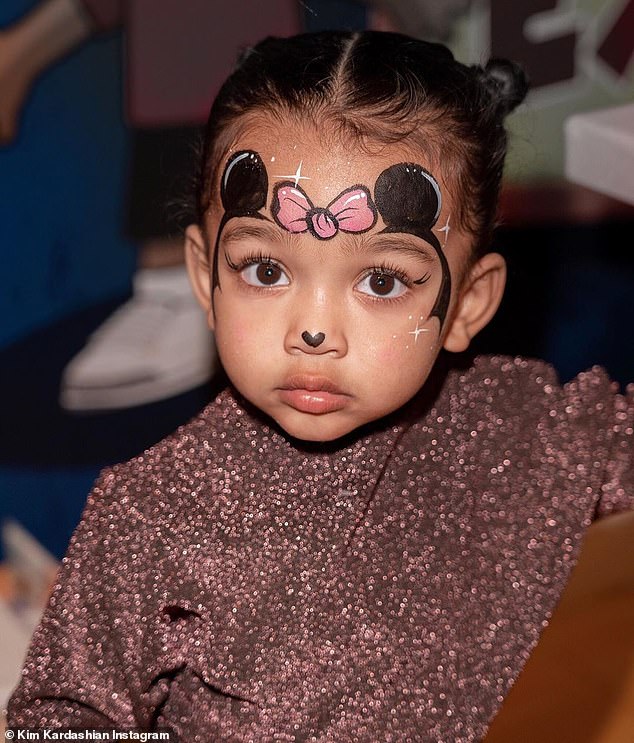 Her Minnie: Kim posted this pic of Chicago on Friday during a family trip to Disney World in Florida 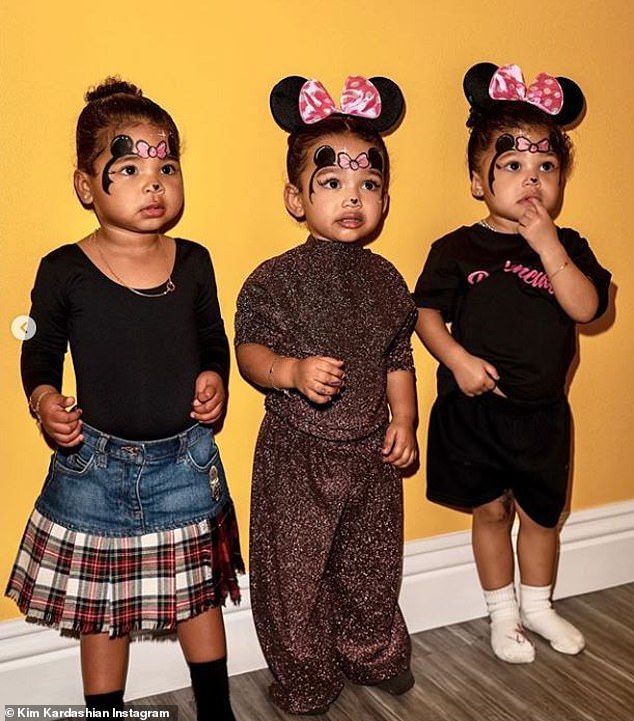 ‘My baby Minnie Mouse,’ captioned the KKW brand owner below the slideshow of pictures.

The Disney World getaway was in celebration of Stormi’s impending second birthday on February 1st.

But Chicago just rang in a second birthday of her own on January 15. 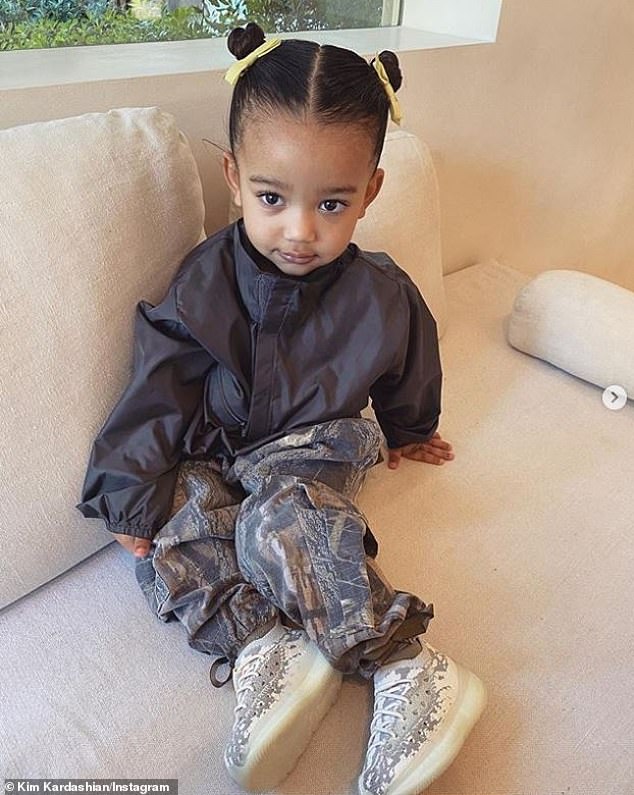 The Minnie Mouse themed birthday extravaganza was documented by mom Kim, as well as other family members present, on social media.

Everything was shared from the personalized Minnie Mouse cake gifted to the toddler by Disney to the Paint-A-Memory style activities offered at the party.

Aunt Kylie Jenner was in attendance, as well as grandma Kris Jenner. 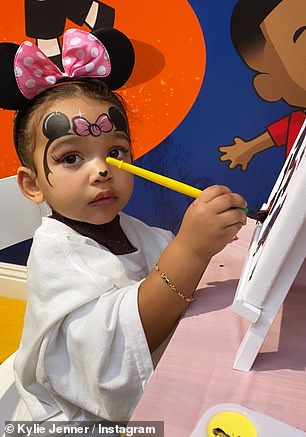 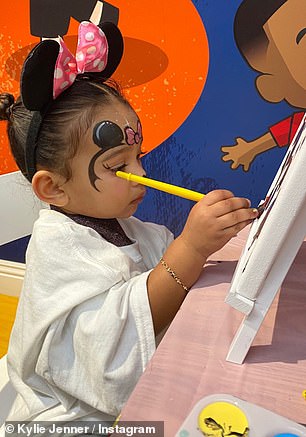 Painter: Chicago was captured mid-paint at her Minnie themed birthday party by her aunt Kylie