Kim Kardashian West spared no cost when it came to throwing her son Saint a dinosaur themed birthday party earlier this month.

And it seems as though she can’t help herself but to share even more photos from the over the top pre-historic party.

On Thursday evening, the 39-year-old makeup mogul took to her Instagram to share a photo of herself planting a kiss on her daughter Chicago as she hung out in her dad Kanye West‘s arms at the party. 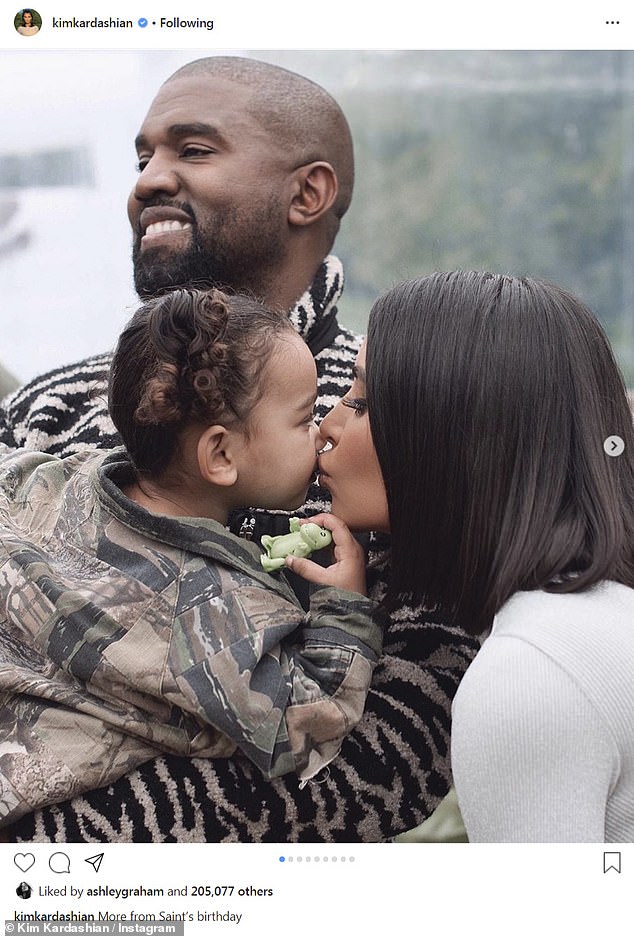 Big love: Kim Kardashian had even more photos tucked away from Saint West’s fourth birthday party that she brought out of hiding on Thursday evening. She shared this sweet photo of herself giving her youngest daughter Chicago a kiss and her husband Kanye West holds her 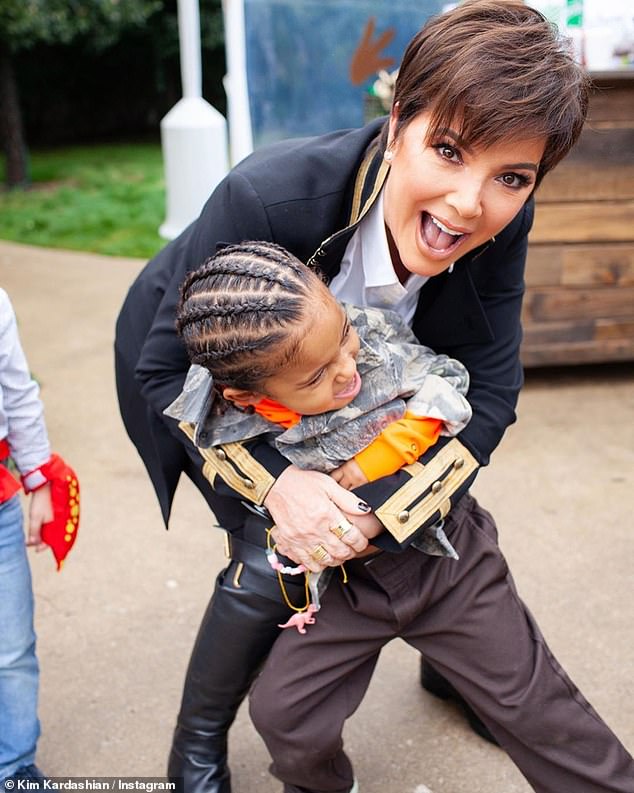 Not a regular grandma: Kris Jenner is proving she’s a cool grandma as she takes a silly picture with the birthday boy

‘More from Saint’s birthday,’ Kim wrote in the caption s she sported a short bob haircut and a white longsleeve t-shirt.

The little one leaned in to get some love from her mom as she held onto a small little dinosaur while sporting an oversized camouflage jacket and pigtails.

Proud father Kanye, 42, smiled off into the distance while wearing a zebra-print jacket while the two women in his life shared a special moment. 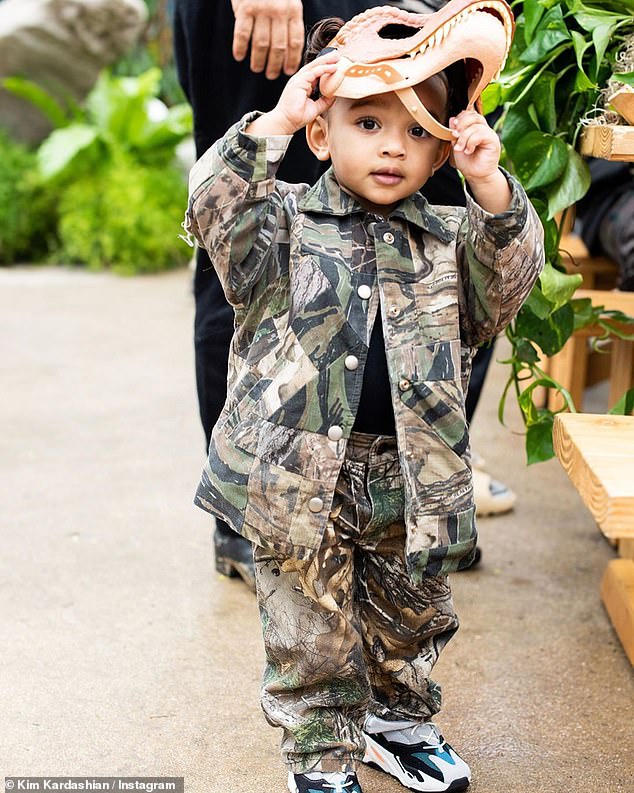 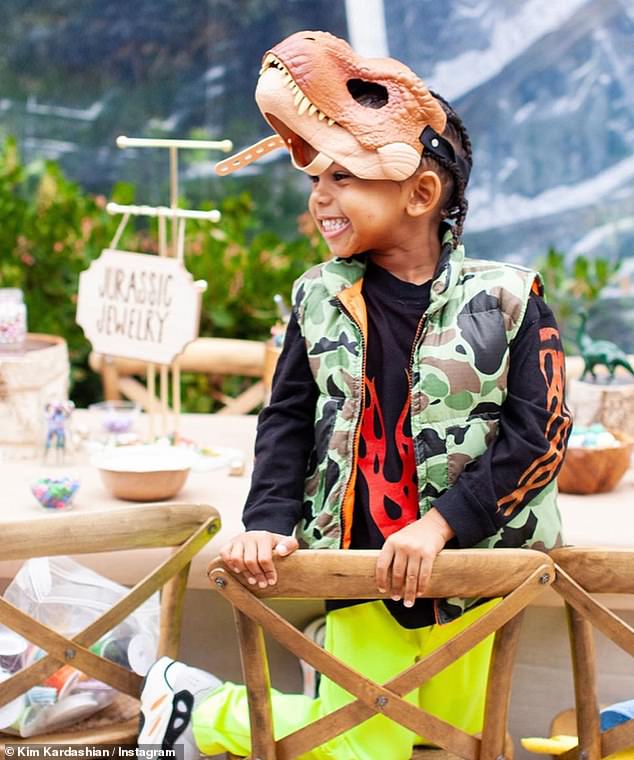 Birthday fun! Saint had a big smile as he looked around at his lavish party 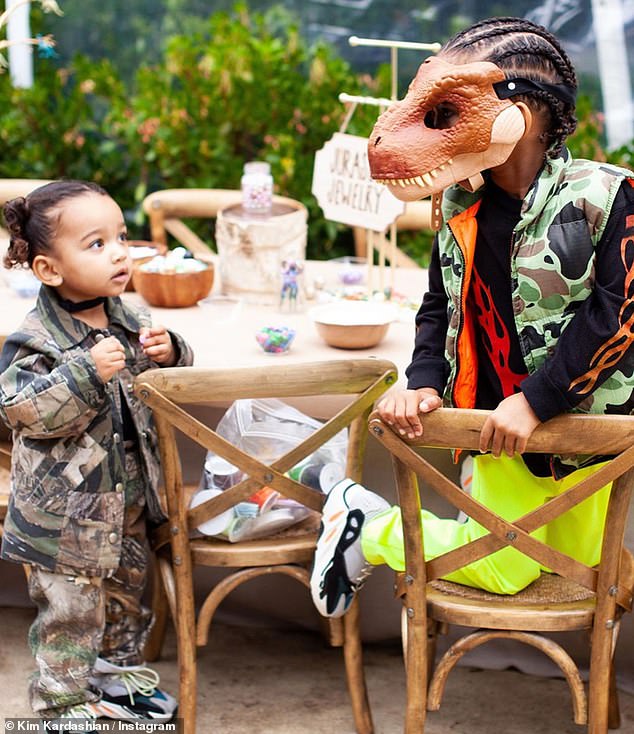 Brother and sister: Chicago appeared a bit concerned as she watched her brother sport his scary mask

In the photos to follow, momager Kris Jenner, 64, makes an appearance as she tries to do a funny pose with the birthday boy.

Other cute photos were to follow showing three generations of the women and Chicago trying on a dinosaur mask.

Her photo collection ended with a sweet moment between Chicago and her father as he also gave her a kiss on the forehead. 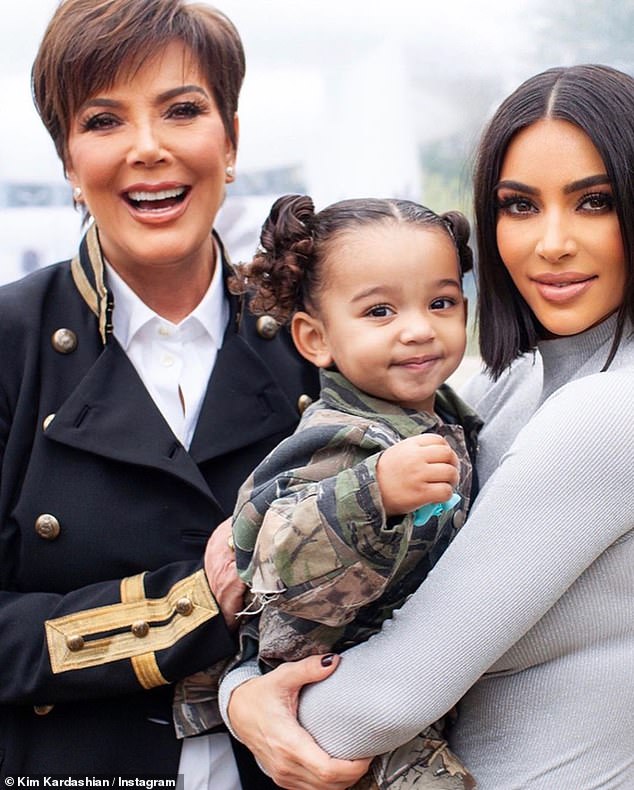 The ladies: Kim, Chicago, and Kris all smile together at the party 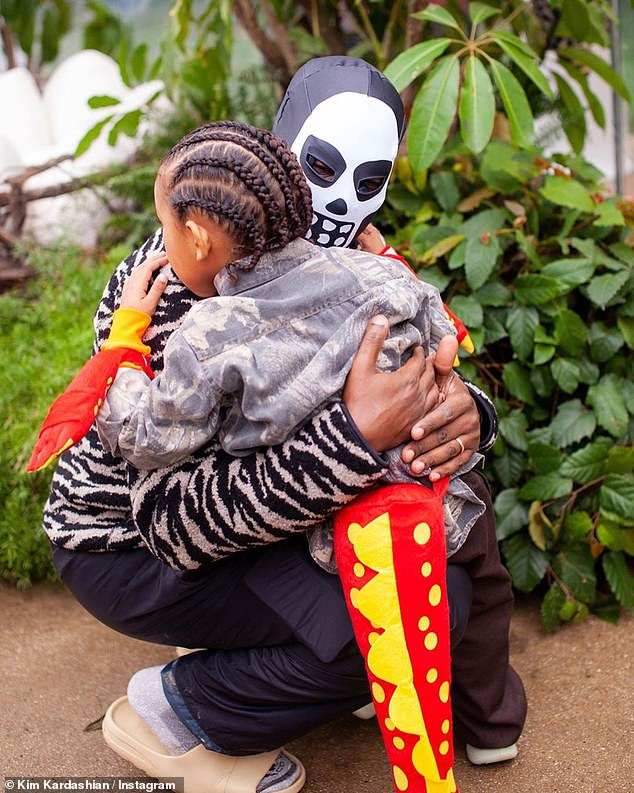 Awh! Kanye sports a mask as he kneels down to give his son a hug

Recently, the reality star opened up about suffering from pre-eclampsia from her pregnancies with both North and Saint.

She explained that it is ”basically when the mom’s organs start to shut down,’ Kim revealed during an interview with ET, ‘The only way to get rid of that is to deliver the baby.’

And after giving birth to North, she suffered from placenta accreta which is when the placenta would not come out after delivery.

‘That is what women die from in child birth,’ she explained. 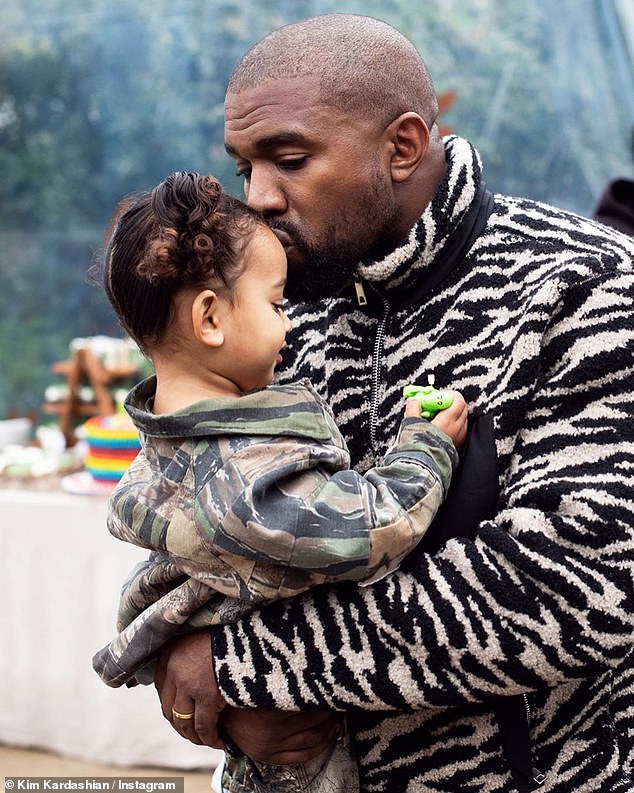 Big kiss: Kanye gave his youngest daughter a big kiss on the forehead

‘After that I actually had to have five different operations within a year and a half to fix the damage that all of that did from the inside,’ she said.

‘But on the outside I was filming and photo shoots and, you know.’

‘I asked my doctors, ‘Can I do it one more time?’ And they were like, ‘We won’t even put an embryo in you, that would be like, malpractice,” she went on.

‘And I opted to have two different surrogates to use the last two embryos we had.’ 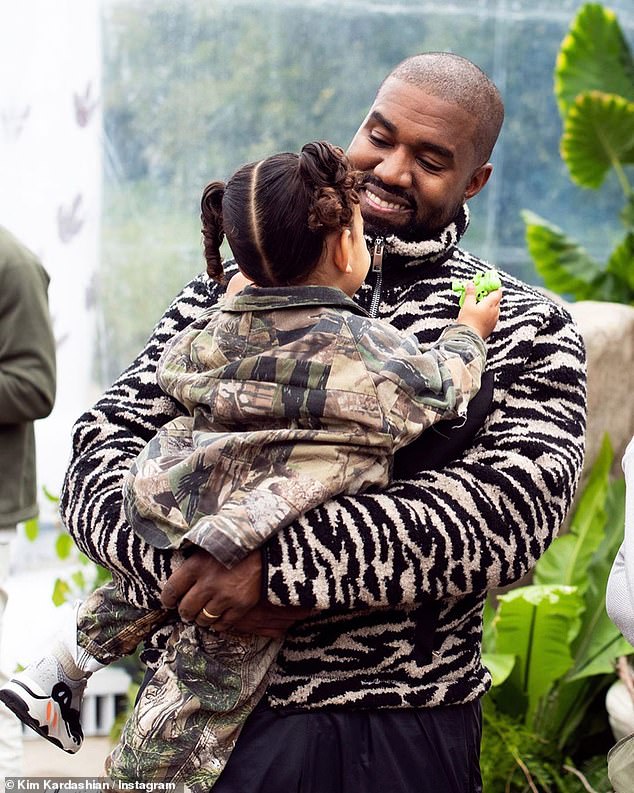 Sweet moment: The cameras caught this adorable moment between father and daughter 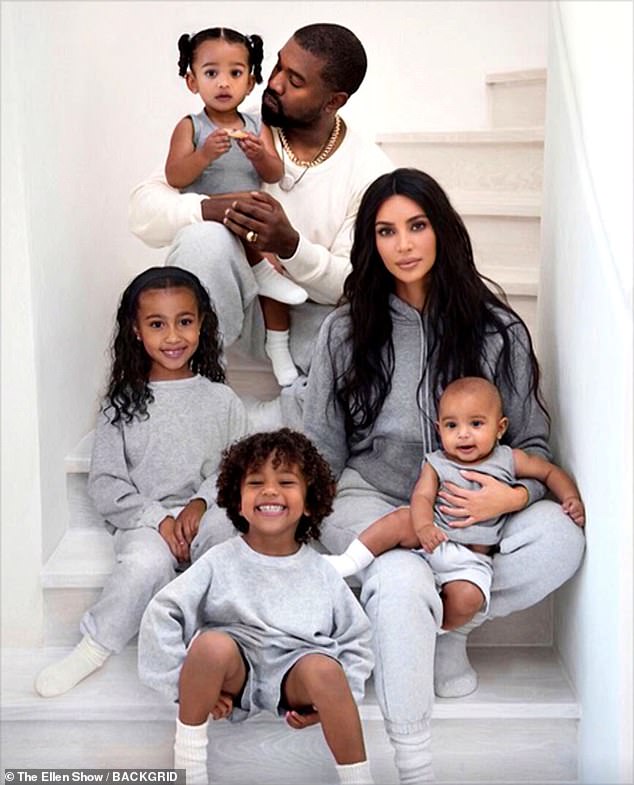