Kim Kardashian has a little artist on her hands as her daughter North, 6, practices her clown make-up on her younger siblings

Kim Kardashian and Kanye West have a little artist on their hands.

On Monday evening, the 39-year-old Keeping Up With the Kardashians star took to her Instagram to share that her daughter North, aged, six was channeling her inner makeup artist.

The little one showcased her talent by taking some red paint to her younger siblings Saint, aged four, and Chicago, aged two, and even the family’s couch. 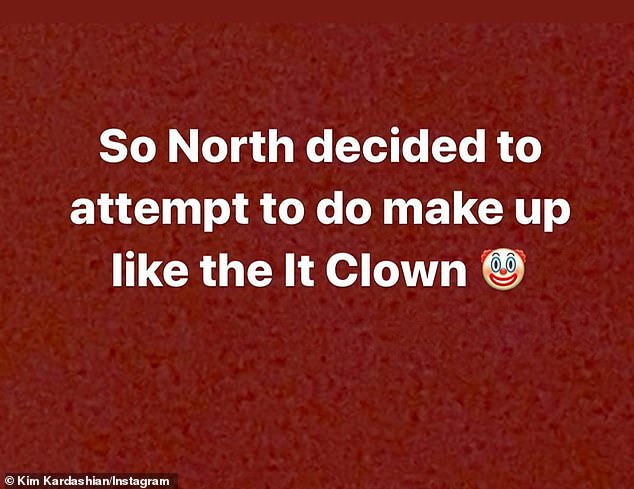 Practice makes perfect: Kim Kardashian took to her social channels to share that her six-year-old daughter North was practicing her clown makeup on her younger siblings 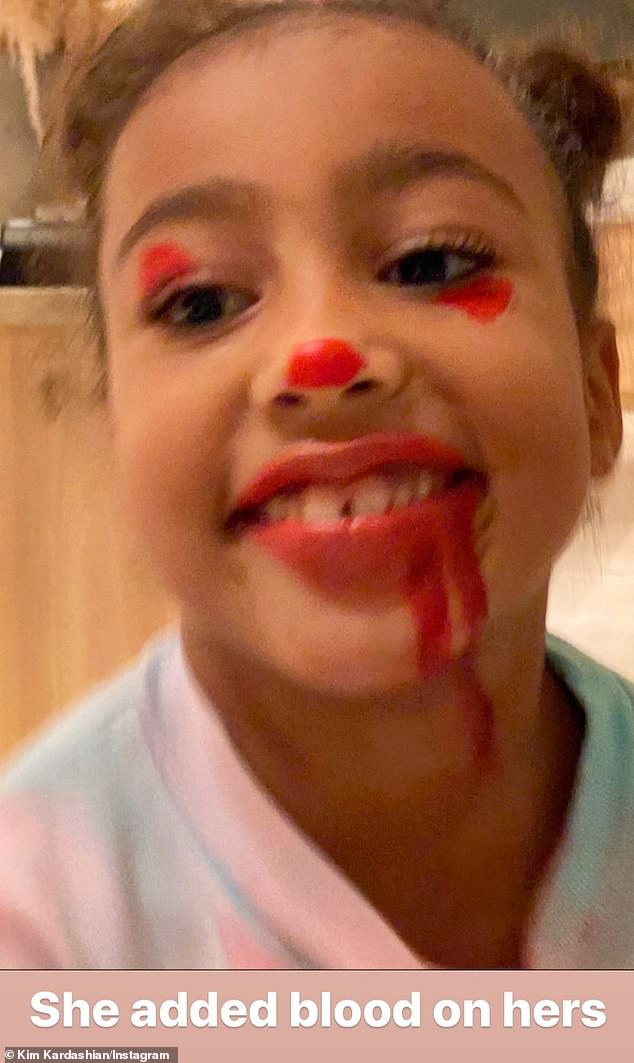 Details: North elevated her look by adding a bit of ‘blood’ to her art work

‘So North decided to attempt to do make up like the it Clown,’ the makeup mogul wrote on her story before showing off her oldest daughter’s creations.

The photos showed a somber looking Chicago with her hair in pigtails while rocking her red face paint.

Big brother Saint appeared to be having fun with his new look while rocking a tan button up shirt and and his long curls dangling in his face. 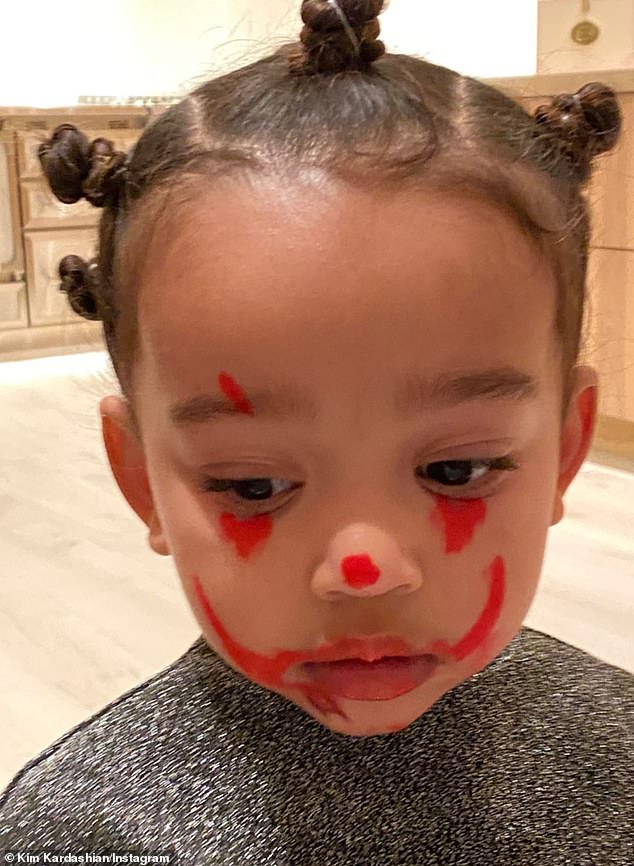 Awh: Little sister Chicago appeared to be unsure of how she felt about her makeup 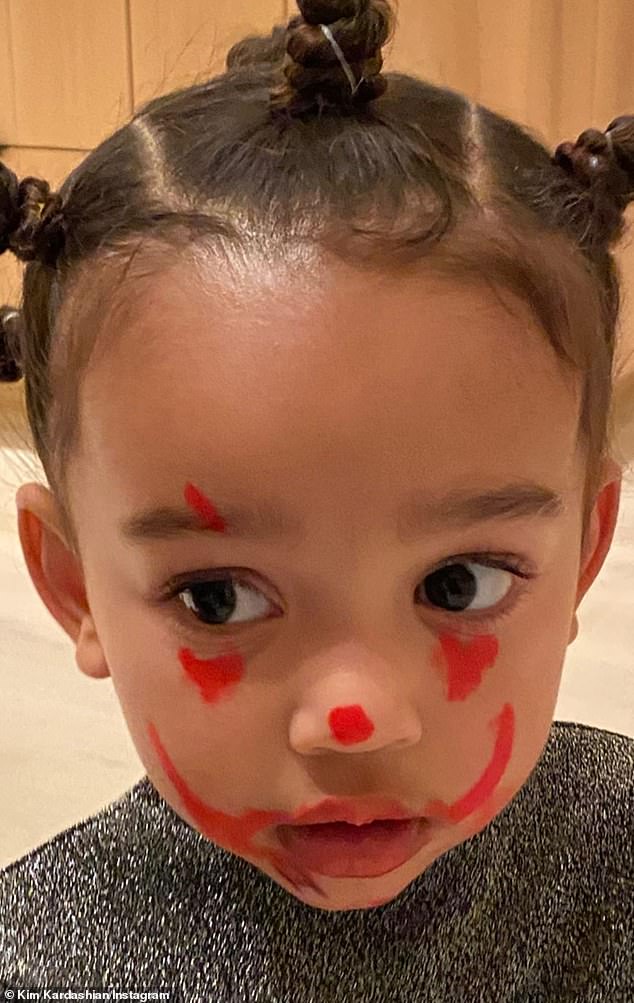 Adorable: The sweet little one looked adorable in her little pig tails and red face paint

This family fun-time comes fresh off of the announcement that the Skims founder one day wants to have her own law firm.

Her estranged step-father Caitlyn Jenner recently revealed during an interview with OK! Magazine that she ‘wants to start her own law firm and work on prison reform.’

She also added her plans to ‘hire as many former inmates [who’ve studied law as she can], to help the prison system.’ 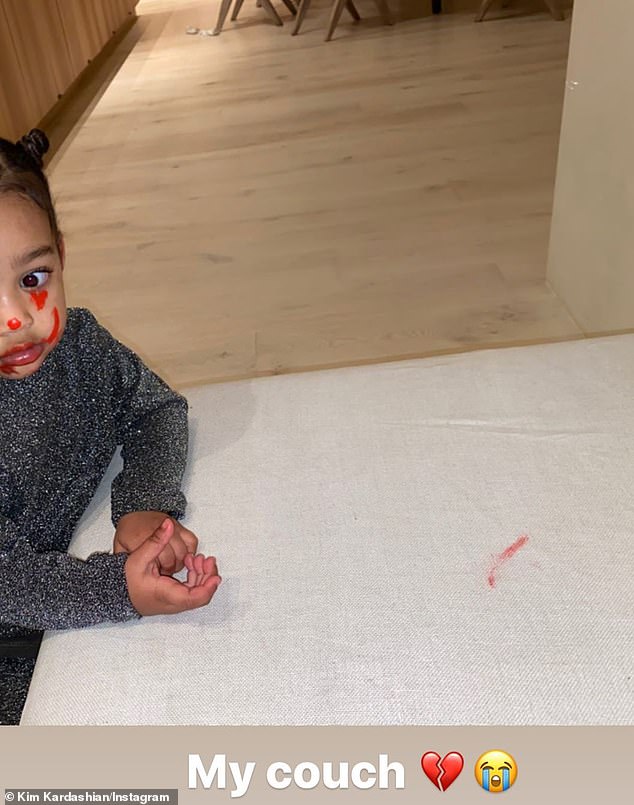 Oh no! During this process, Kim’s light-colored couch was marked up in the process 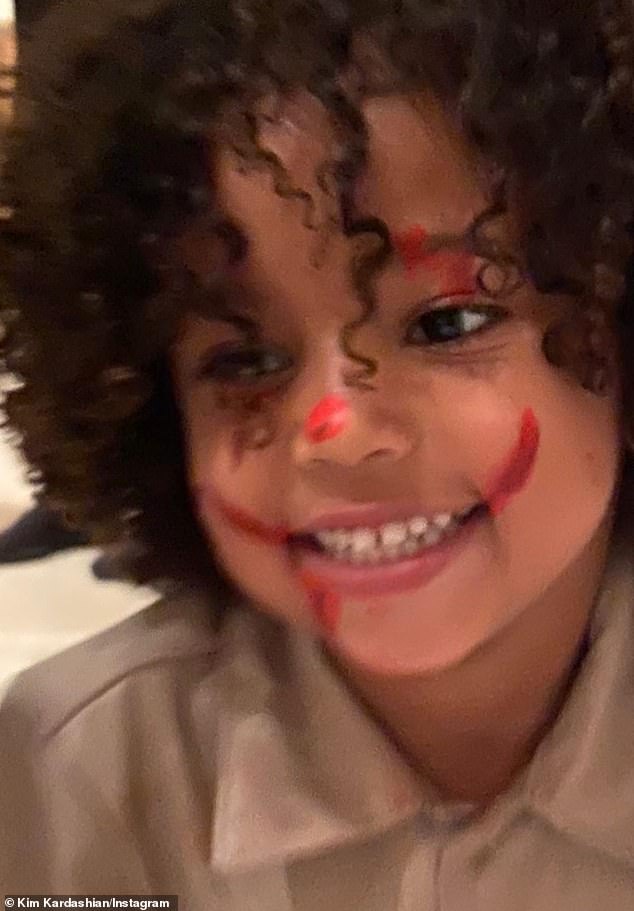 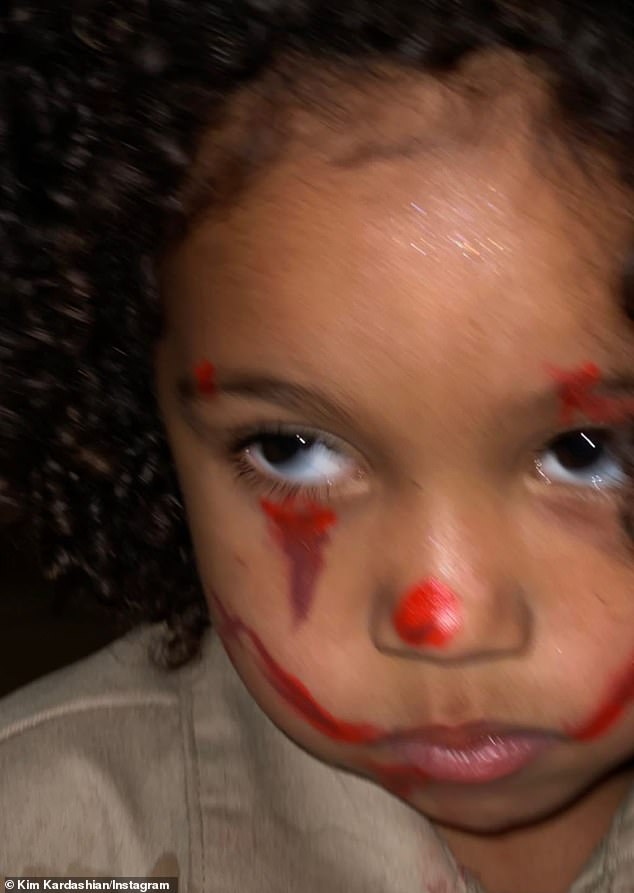 Along with that, Kim is gearing up for the release of her new documentary,  Kim Kardashian West: The Justice Project.

The two-hour special will showcase the star in a new light as she speaks with inmates, connects with public officials, and works with her team of lawyers to reduce the sentences of inmates who have received unfair sentences.

Kim’s mission to shed light on this subject, isn’t a first. Last year, she made headlines after helping Alice Marie Johnson get released from prison.

Johnson was behind bars without parole for life for a non-violent drug offence and had already served 21 years. 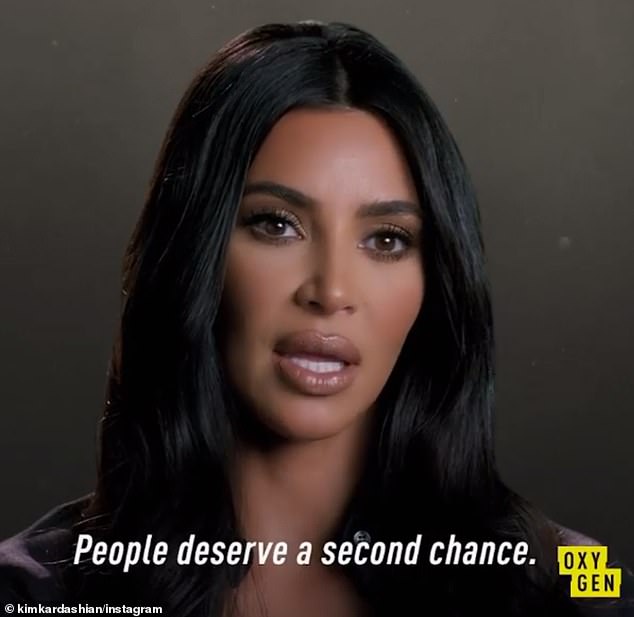 Making an impact: The two-hour special will showcase the star in a new light as she speaks with inmates, connects with public officials, and works with her team of lawyers to reduces the sentences of inmates who have received unfair sentences 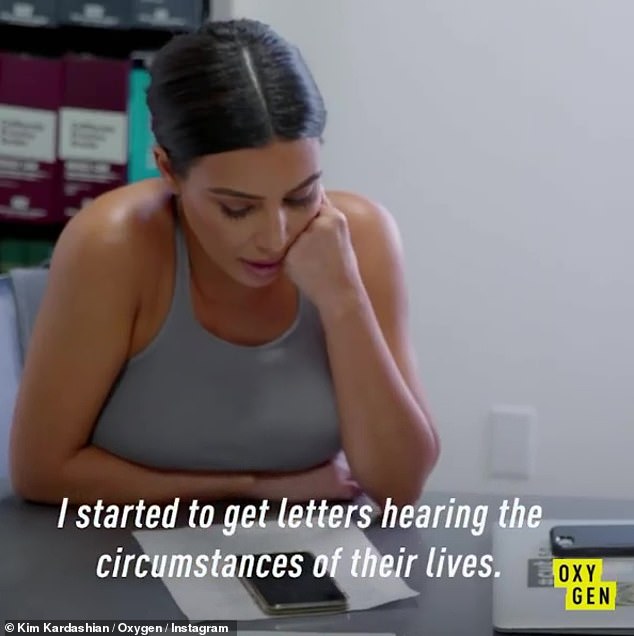 Changing lives: The new documentary is set to premiere on April 5