Kim Kardashian showed off another striking outfit of the day on Instagram on Monday.

The 40-year-old commanded attention in some turquoise PVC pants teamed with a tan bodysuit as she posed outside husband Kanye West‘s office building in Calabasas.

In a selection of three photos the reality star’s waist looked impossibly small in the high-waist trousers as she pouted and flashed a peace sign for the camera. 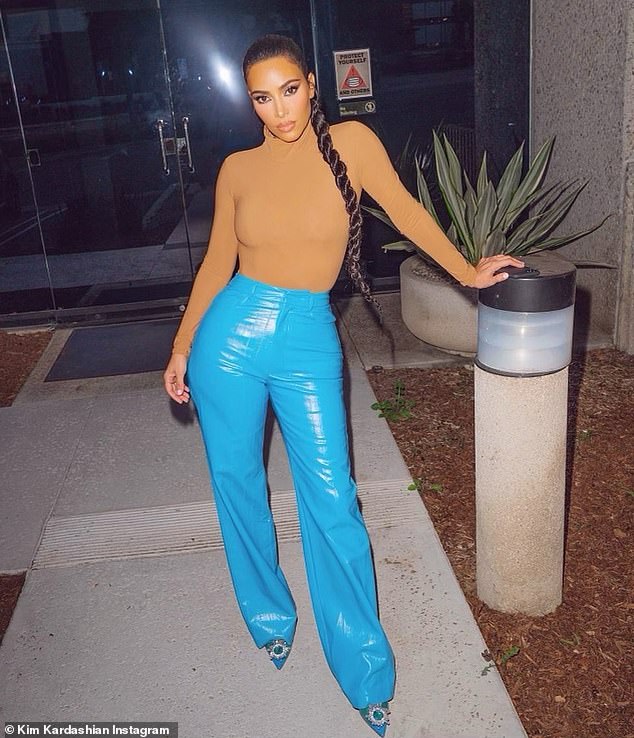 As always, Kim looked camera ready with her makeup looking flawless and a long braid in her hair.

As she no doubt pleased her adoring fans with the stylish ensemble, Kim also made sure to give a shout out to pal Harry Hudson who just released a new album earlier this month.

Last week Kim met with death row inmate Julius Jones, who has been sentenced to death over the murder of a man in 1999 when he was 19-years-old, in Oklahoma City.

Jones was convicted in 2002 of first-degree murder for shooting 45-year old Paul Howell. 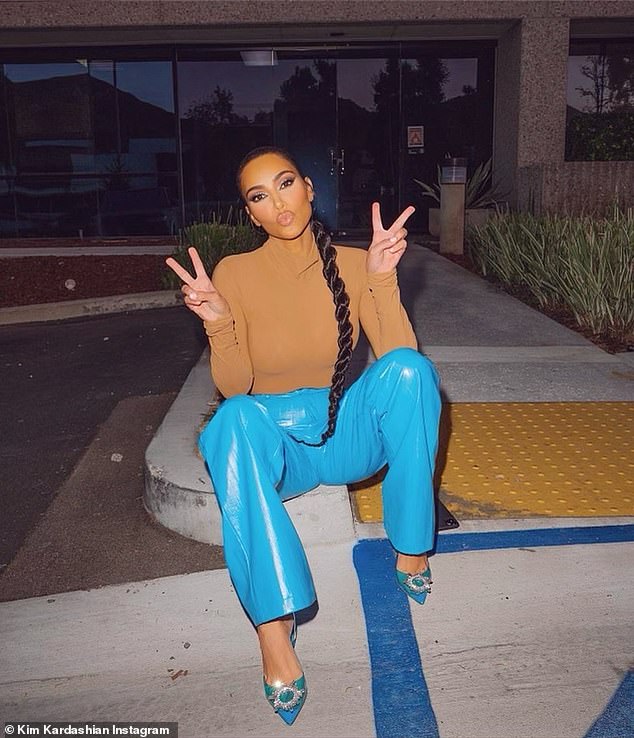 Sitting pretty: The 40-year-old star flashed the peace sign as she pouted for the camera 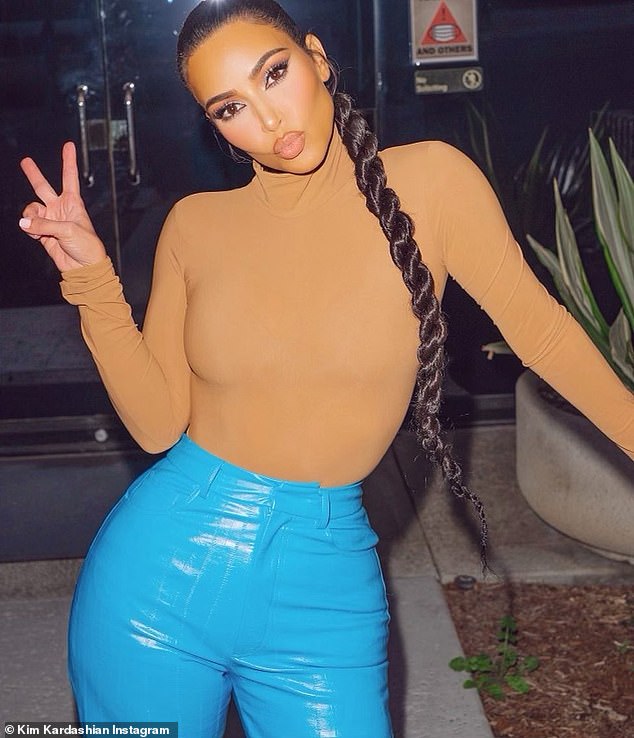 Bolt from the blue: The mother-of-four teamed a tan turtleneck body suit with turquoise PVC pants

And Kim has reportedly vowed to help Jones and his legal team including attorney Dale Baich, before she then went to meet some of his family at a nearby church.

It was there his mother claimed she had been with him the night of the murder, TMZ reports.

The 40-year-old reality star is said to have found out about Jones’ case when she watched The Last Defense in 2018, produced by Viola Davis, and has been pushing a petition in support of Jones.

Kim is currently studying to be a lawyer and previously insisted a law career has been ‘in her soul for years’, following in the footsteps of her late father Robert Kardashian. 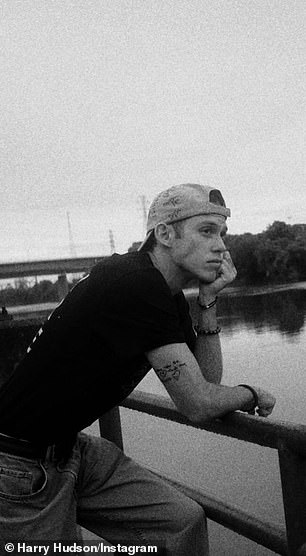 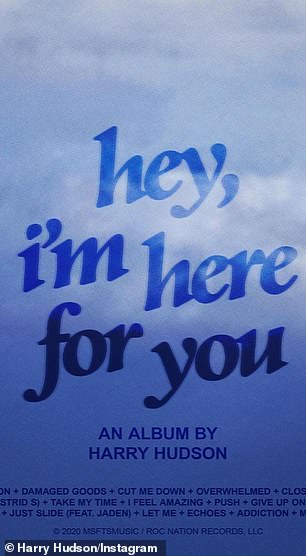 Artist: Kim gave a shout out to friend Harry Hudson who released his album Hey, I’m here for you, earlier this month

She said: ‘I think that by the time I was a teenager and my dad was working on the O.J. case, I was sneaking in his office, looking at all of the evidence and things I shouldn’t have been looking at.

‘Maybe it was in my soul for years that that’s what I would have wanted to do. And I’ve even seen interviews pop up now from six or seven years ago. People ask what I wanted to do if I wasn’t filming my show.

‘I always said I wanted to be a crime scene investigator or an attorney.

‘There are times when I could be frustrated and up studying really late and have to get up and wonder how he did it having four kids. He must’ve been going through some of the same things that I have gone through. It would have been exciting to talk to him about that, and I know that he would be so, so proud.’ 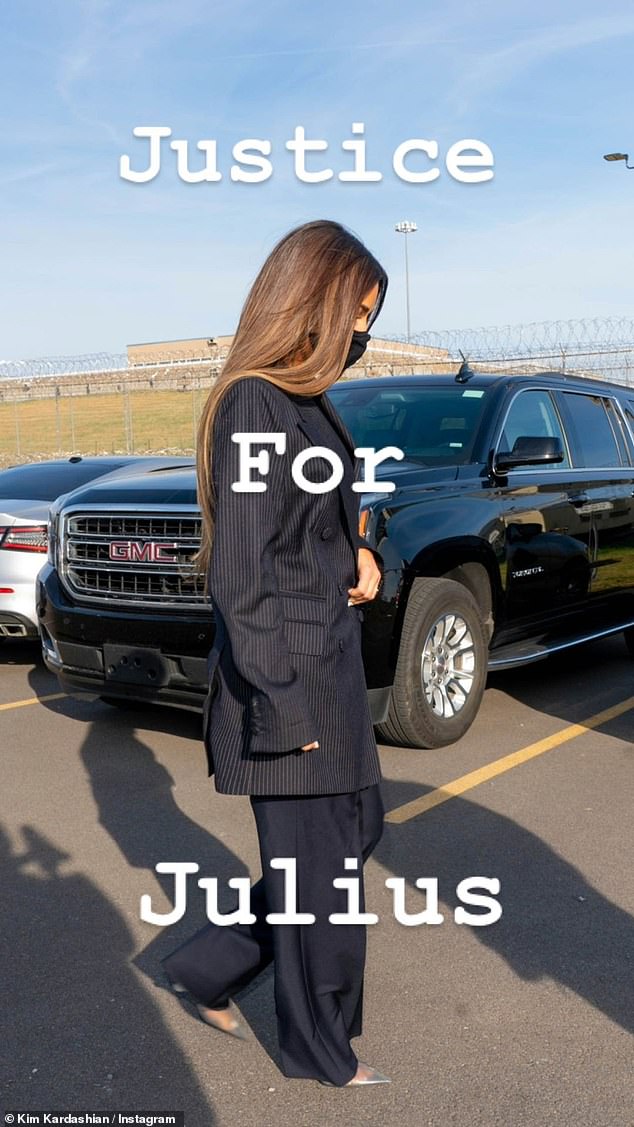 Legal work: Last week Kim met with death row inmate Julius Jones, who has been sentenced to death over the murder of a man in 1999 when he was 19-years-old, in Oklahoma City