She shared some sexy and glamorous snaps of herself lounging near the beach decked out in a tiger-print dress on Friday morning.

By the afternoon, the Keeping Up With The Kardashians star was spotted going makeup free after taking care of some female manicuring at SEV Laser hair removal in her hometown of Calabasas.

Despite taking her glamour-level down a notch for the visit, the 39-year-old still showed off some of her major assets that have helped make her one of the most visible celebrities in the world. 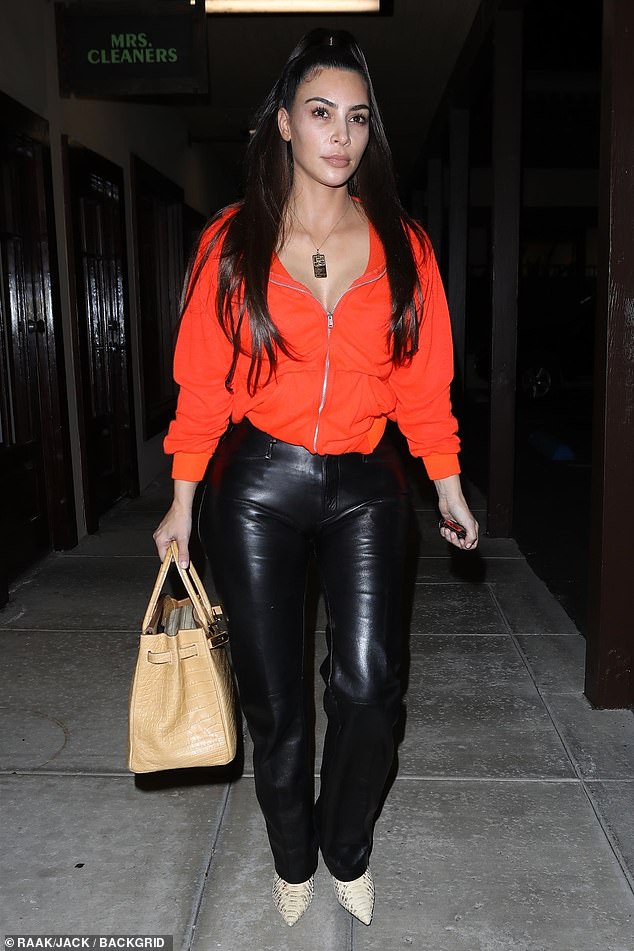 El Natural: Kim Kardashian, 39, was spotted going makeup free after a visit to a hair removal service in Calabasas on Friday

The SKIMS and KKW Beauty CEO emerged outside the establishment rocking tight black leather pants with an orange hoodie that was zipped down just enough to flaunt her cleavage.

Looking relaxed and fresh-faced, she also donned a pair of cream-colored pointed boots.

The reality star also carried a tan purse and pulled her long raven tresses into a top ponytail. 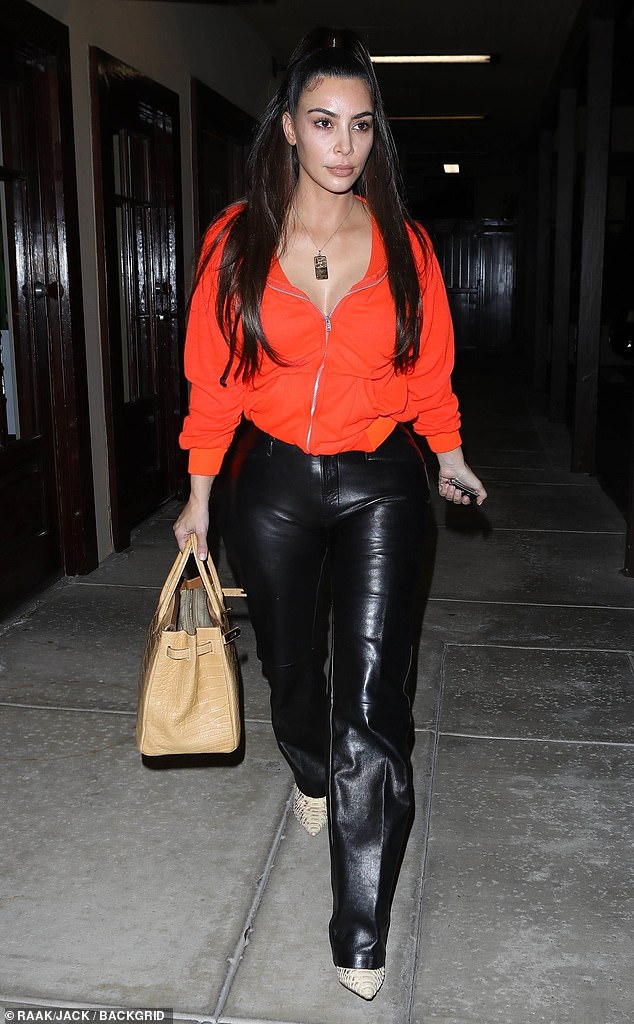 Curves on display: Despite taking down her glamour appeal for the visit, she also showed off her major assets in black leather pants and a cleavage-baring hoodie

‘I lasered my baby hairs off years ago, because my forehead had all these little baby hairs, and I would always break out because of them,’ Kim K once shared  on her KKW Beauty website, as reported by People.

She also added that she ‘lasered her neck because I had such a hairy neck.’

‘Every photographer would photoshop them out anyway, and I thought I looked better without the baby hairs, but now I miss them. I think they look youthful.’ 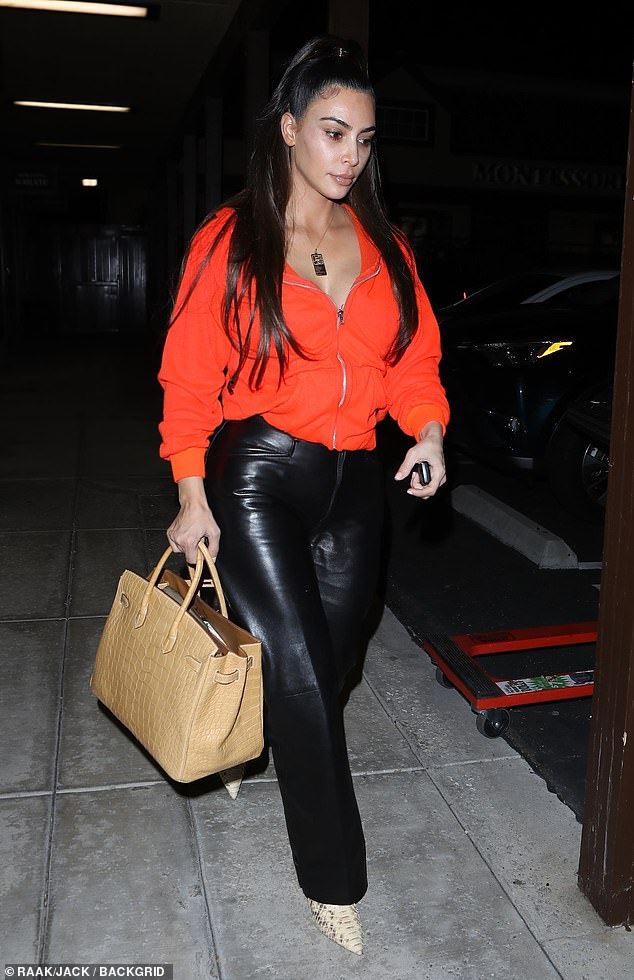 Go to: The reality star has been very open about her use of laser hair removal

In contrast to her makeup free jaunt, Kardashian basked on a rock in her animal-print dress for her beach photo-shoot with her face fully contoured by make-up artist Mario Dedivanovic.

Hair artist Chris Appleton added his artistic touch by pulling her tresses back off her face with a waist-length braid.

Her ensemble was rounded out with stylish sunglasses and large cross earrings. 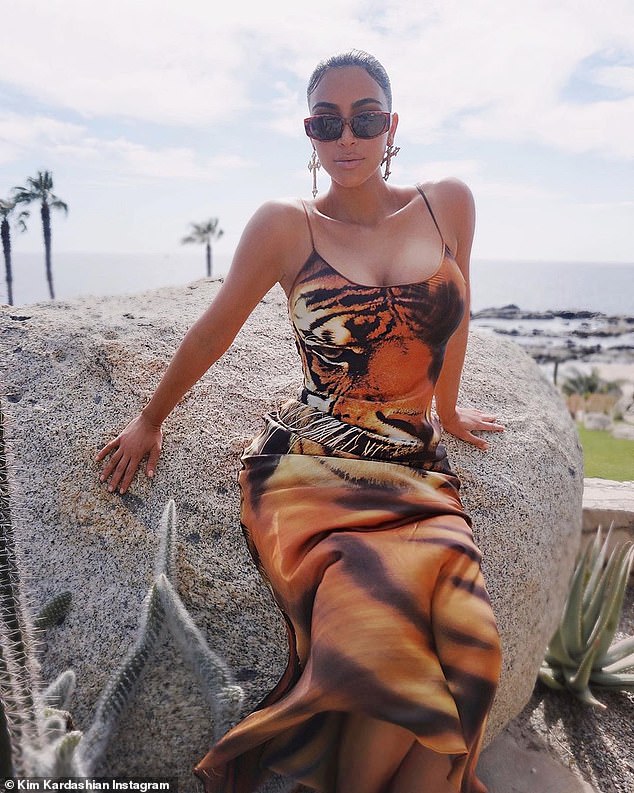 Strike a pose: Earlier Friday, Kim K shared a series of photos where she was glammed in a tiger-print dress up near the beach