Her 2019 year in review was filled with plenty of dramatic highs, but she also found time to celebrate the quieter moments.

Kim Kardashian highlighted a photo of her stunning curvy figure in a pair of her own Skims in the lengthy slideshow posted Tuesday.

The 39-year-old Keeping Up With The Kardashians star also shared some humorous pictures of her jogging around a mammoth circular couch from September 19. 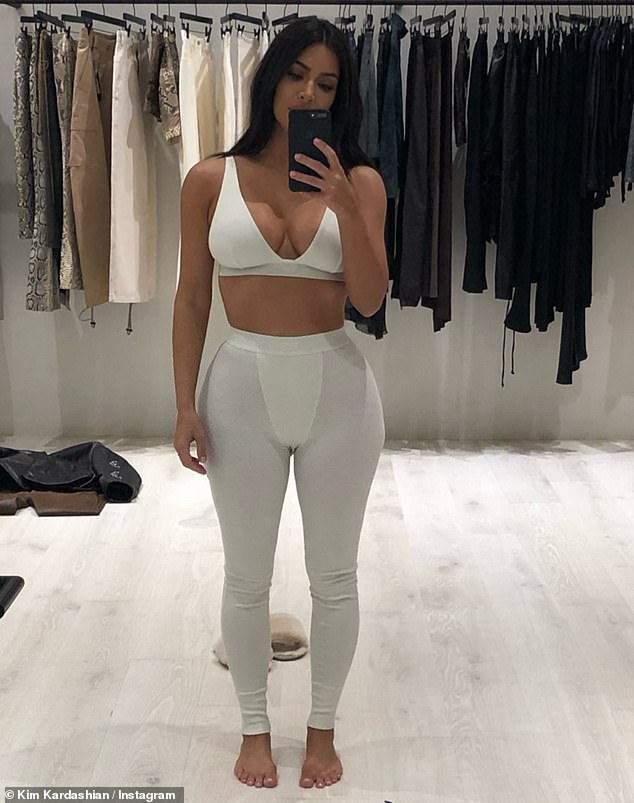 Woman in white: Kim Kardashian, 39, posted photos of her curvy figure in her own Skims on Tuesday for her 2019 slideshow ahead of the new year. She also shared pictures of her jumping on a huge circular couch

Though she’s famous for being dressed in haute couture by some of the world’s most adventurous designers, Kim stuck with a reserved white pair of her own Skims shapewear to match her mostly colorless home.

The reality star posted a mirror selfie highlighting her outfit, which included a white bra that showcased her cleavage, aas well as an off-white pair of high-waisted leggings.

She had her navel length jet black tresses parted down the middle and cascading down her back. 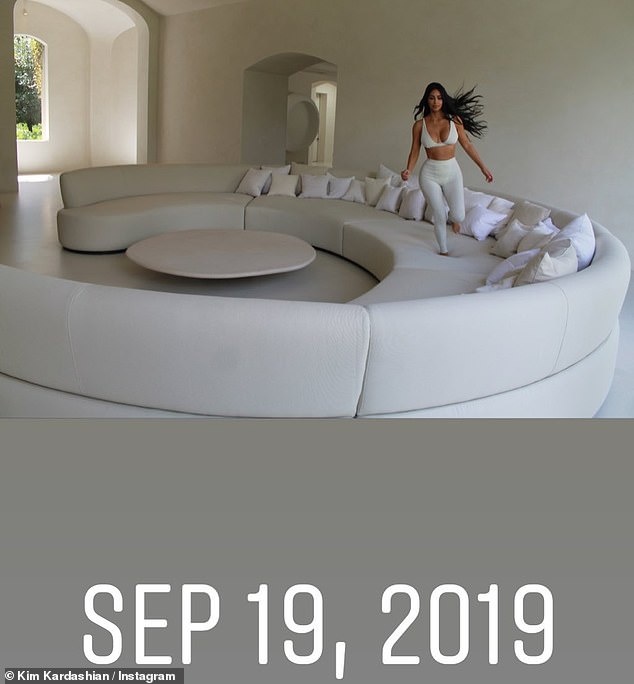 On the move: Kim’s sporty Skims were the perfect outfit for some physical activity. The KUWTK star took a lap around her massive off-white couch in a throwback shot from September 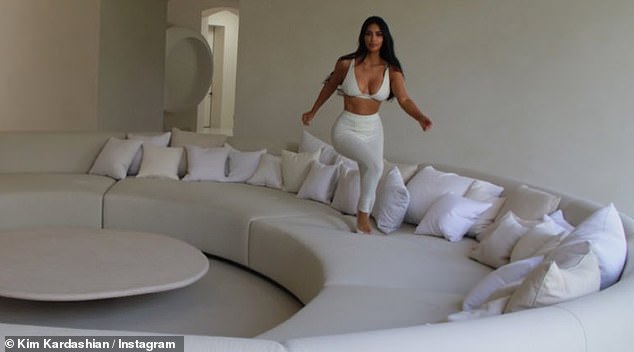 Sitting in style: The couch was big enough for a run, or to seat the entire Kardashian–Jenner clan

It turns out she wasn’t dressed casually just for comfort, but also to get some light exercise in.

Kim appeared to take a lap around her enormous off-white circular couch, which was large enough to comfortably seat the entire Kardashian–Jenner clan and dotted with dozens of white throw pillows.

Shortly before treating her 155 million Instagram followers to her impeccable interior design taste, the fashion fixture shared some photos of herself skiing with her children in front of gorgeous Wyoming vistas. 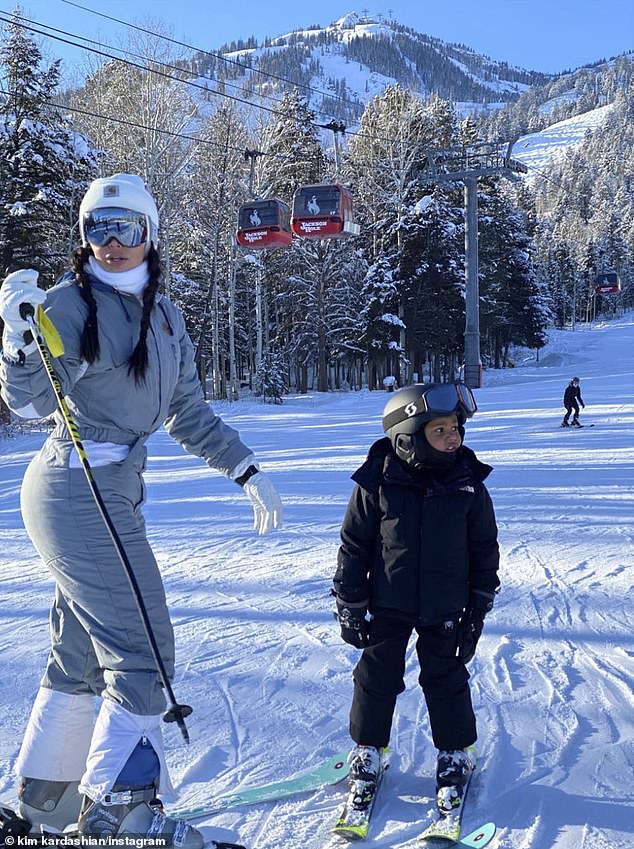 Downhill racer: The reality star shared pictures earlier Tuesday of her New Year’s getaway to Wyoming, where the family fit in some skiing 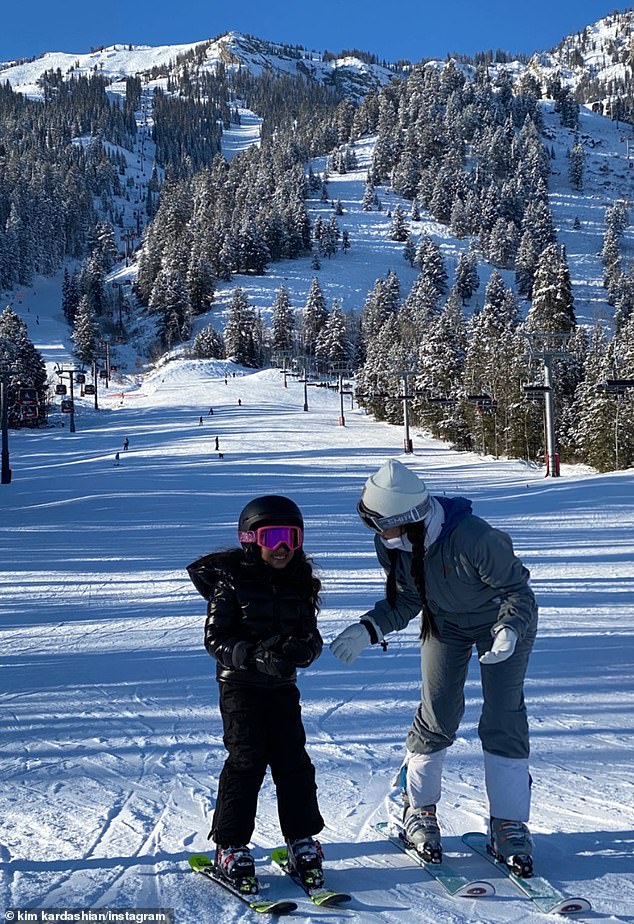 Mom and child: Kim went down the hills with her daughter North, along with her son Saint. Chicago and Psalm appeared to sit out the skiing

Kim and her husband Kanye West, 42, took their four children to the snowy western state for a scenic vacation to start off the new year.

The TV star covered up in a slate gray suit and reflective goggles while heading down the hills with her daughter North, six, and son Saint, four.

Her other children, one-year-old Chicago and seven-month-old Psalm, sat out the slopes.

Though Kim reportedly enjoys vacationing in Wyoming, where she and Kanye recently bought a second ranch, she quickly vetoed his plans to move their permanently. 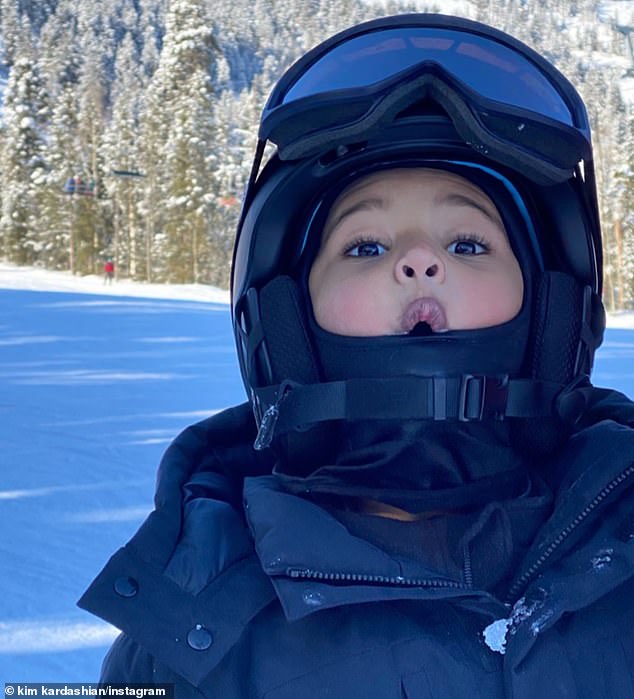 Not moving: A source to People that the reality star isn’t interested in Kanye’s desire to move to Wyoming, though she doesn’t mind taking vacations to their two ranches; Saint goofing off

According to a source who spoke to People, she isn’t a fan of the ranch’s ‘simple housing,’ a departure from the luxury and accommodations she’s used to.

‘Kim likes visiting Wyoming, but she sees it more like a vacation place. It’s very quiet and private,’ the source said.

‘Every time they go, they enjoy it. But they are usually comfortable in luxury housing. The ranch only has simple housing. It’s mostly cabins with no amenities at all. Kim just isn’t a fan of the cabins.

She’s also allegedly looking to have a home security system installed in the new ranch, especially now that it’s known that Kanye purchased it.

Kim already found herself a target of thieves and criminals when she was tied up and robbed at gunpoint in 2016 while visiting Paris. 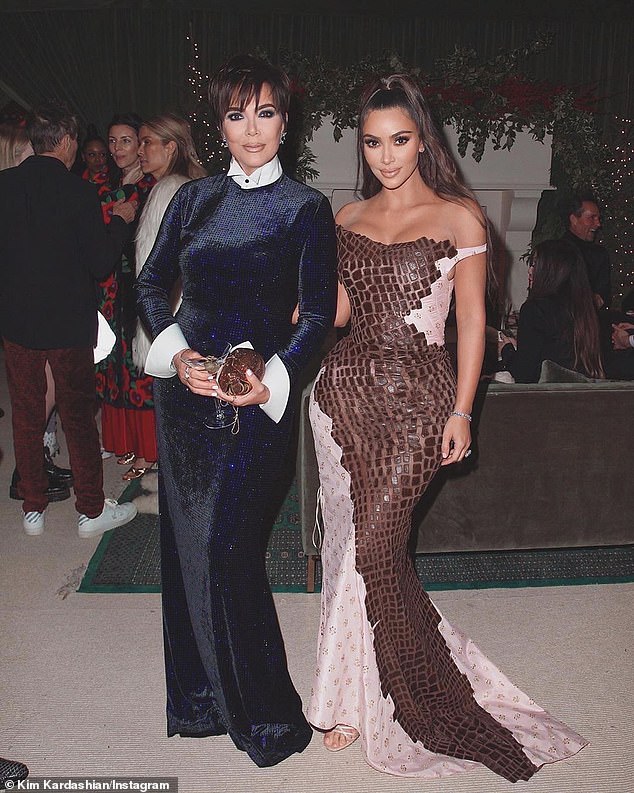 Feeling secure: Kim also wants a security system installed in the Wyoming cabins now that the property is well known. She was infamously the victim of an armed robber in Paris in 2016; shown with Kris Jenner