Tekashi 6ix9ine To Future: You Don't Take Care Of Your Kids!!


Kim Kardashian confesses Scott Disick’s birthday celebration was her first group gathering amid quarantine: ‘It was kind of nice but kind of scary too’

Kim Kardashian and her sisters didn’t take any unnecessary risks and quarantined separately at the outset of the COVID-19 crisis.

While confessing she had gotten bored at times in self-sequester with her husband Kanye West and their four children, the reality star has only just begun to make her way out of her Hidden Hills mansion and around more people.

And it turns Scott Disick‘s birthday party was one of the first gatherings she attended as health officials started to ease safety restrictions in Los Angeles. 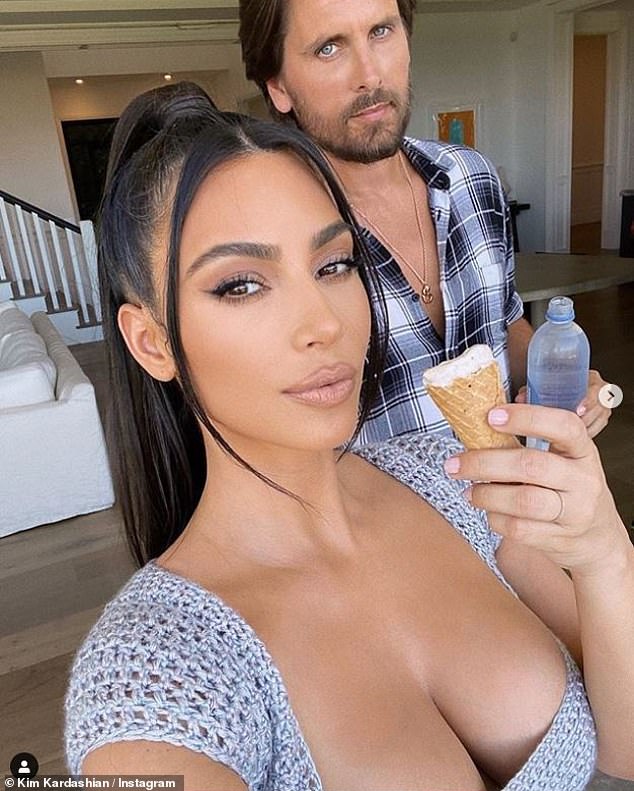 Venturing out: Kim Kardashian confessed Scott Disick’s birthday party was one of the first gatherings she attended in the wake of the COVID-19 pandemic

‘We celebrated Scott’s bday a few weeks ago with just family and it was really my first time being around a group of people( small group),’ Kim K confessed in a series of photos of the party she posted on Instagram on Saturday.

Even though there was just a handful of family that attended, the Skims founder had mixed feelings about getting back in more crowded situations.

‘It was kind of nice but kind of scary too,’ she admitted before turning her attention to the well-being of her 175 million Instagram followers.

‘How is everyone feeling about being out and about?’ she asked. 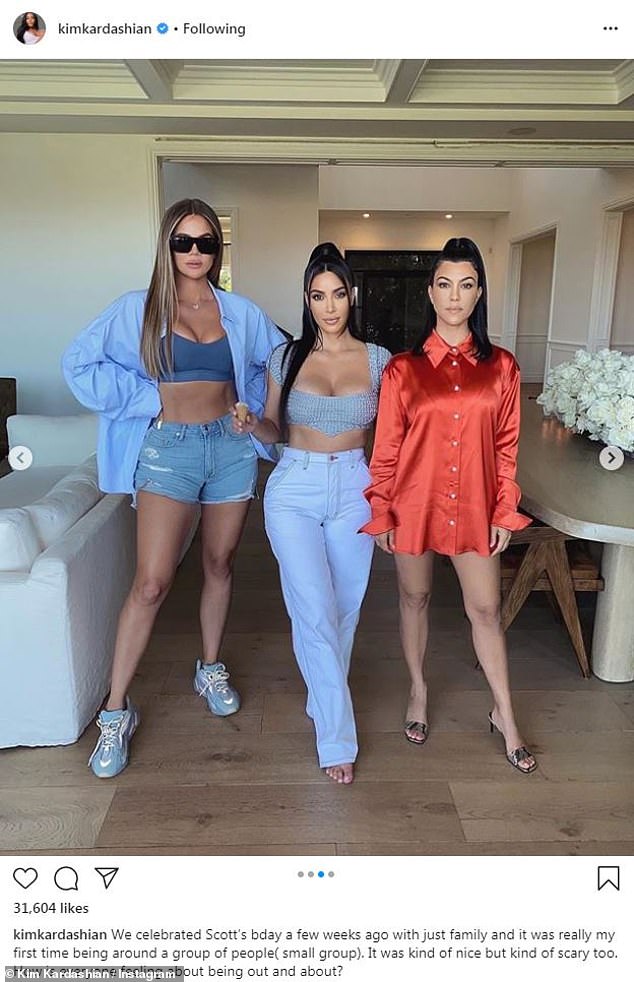 Hesitant: The Skims founder, who posed with sisters Khloe and Kourtney, had mixed feelings about getting back in more crowded situations, amid the still ongoing pandemic 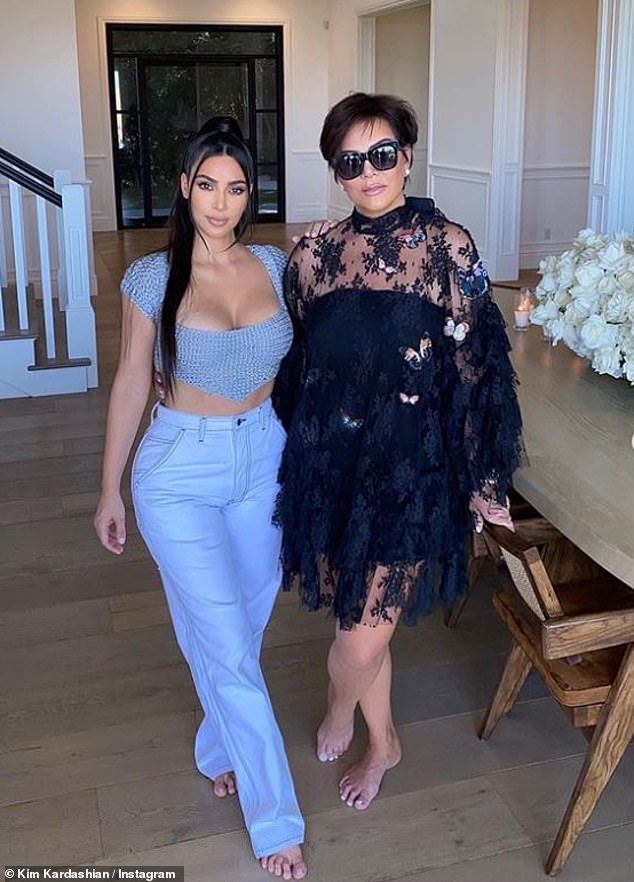 Mixed emotions: ‘It was kind of nice but kind of scary too,’ Kim K said of Disick’s small birthday party; she is pictured with Kardashian/Jenner momager Kris Jenner

In one of the four photos posted, Kim flaunted her cleavage in a stylish, plunging crop top as she struck a pose with the birthday boy while eating an ice cream cone.

She matched the revealing top with light blue denim jeans and wore her dark tresses in a top ponytail.

There’s another snap of her standing between her sisters Khloe and Kourtney.

Khloe showed some skin in denim shorts and a sports bra under a button-down shirt, while Kourtney was all legs in red shirt dress. 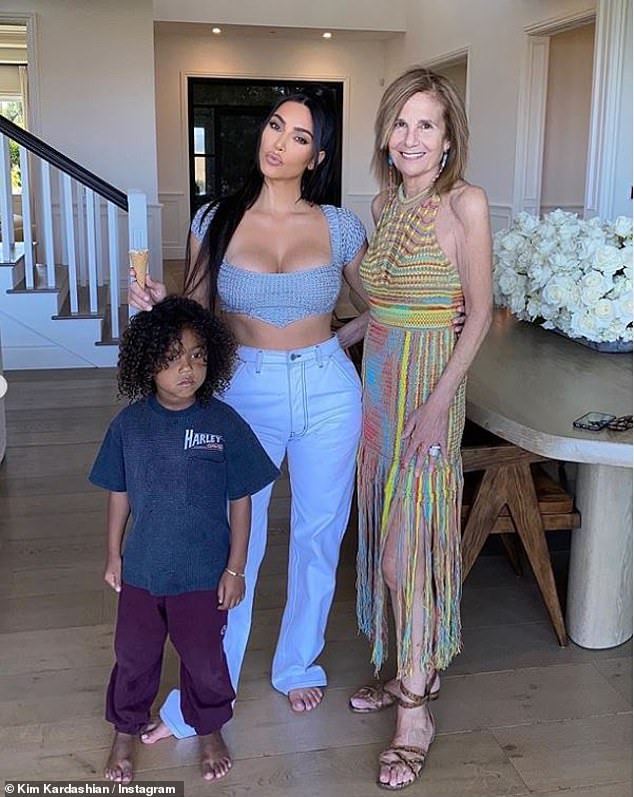 Family affair: The mother of four showed off her midriff in a stylish, plunging crop top; she struck a pose with son Saint and her late father’s cousin Cici Bussey

Kim K and her superstar husband reportedly have far different approaches on keeping busy while in home quarantine.

‘Sometimes they are on different pages,’ a source told Us Weekly before adding that their schedules can lead to them being at odds.

‘She gets up early and works out and he is up late.’

West has reportedly tried to ease his wife’s workload and give her some alone time to help her unwind. 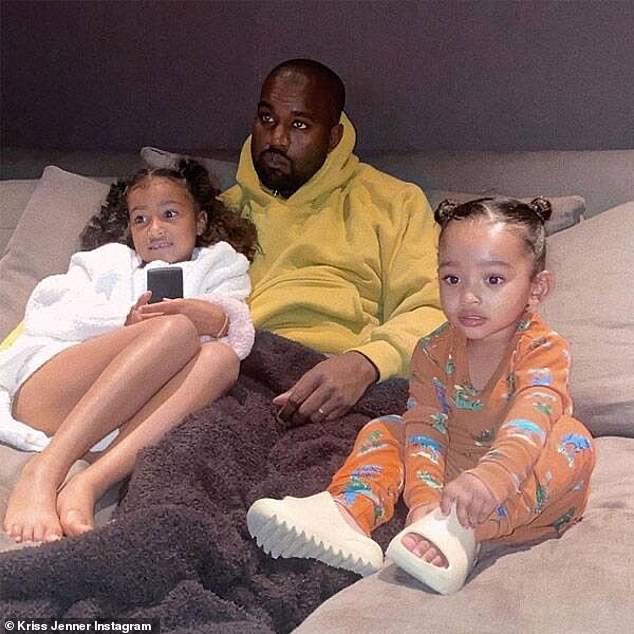 Sequester: Kim and Kanye reportedly have different approaches on keeping busy while in home quarantine, although he does help take the workload off of her with some alone time

Disick’s celebrated his actual May 26 birthday in Utah with ex-Kourtney Kardashian and their three children: Mason, 10. Penelope, seven, and Reign, five.

That means the Kardashian/Jenner brood held the small birthday bash for Disick right before they left and when they returned home to Los Angeles.

The mini-vacation came just weeks after Disick checked himself into a Colorado-based rehabilitation facility to work on ‘past traumas’ stemming from the deaths of mother and father. He left the facility and was back home in Los Angeles in less than a week. 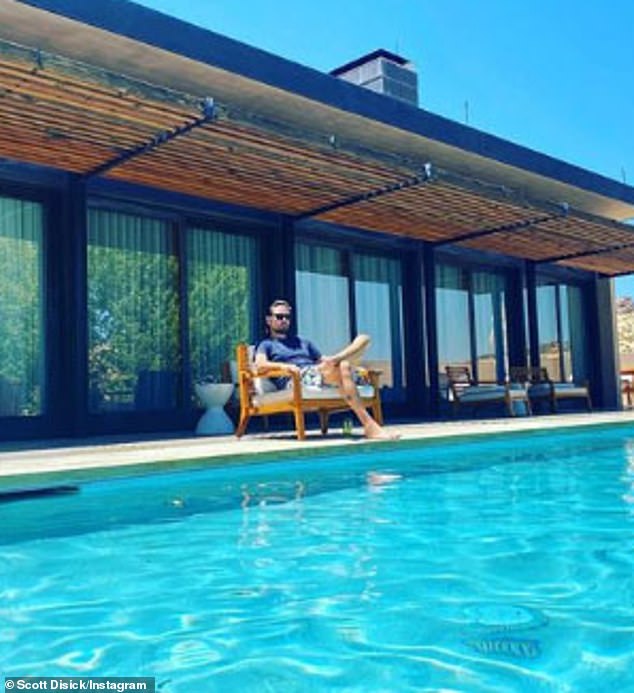 Lord living: Disick’s celebrated his actual May 26 birthday in Utah with ex-Kourtney Kardashian and their three children: Mason, 10. Penelope, seven, and Reign, five