NYC Homeless Man 'Blown Up' By Fireworks – Threw M-80 On Him While Sleeping!

The 39-year-old reality star pouted as she lay in bed for ‘Morning snuggles’ after a ‘sleepover w Reign,’ who has had long hair lately.

Her elder sister Kourtney Kardashian shares Reign and her other children Mason, 10, and Penelope, seven, with her ex Scott Disick. 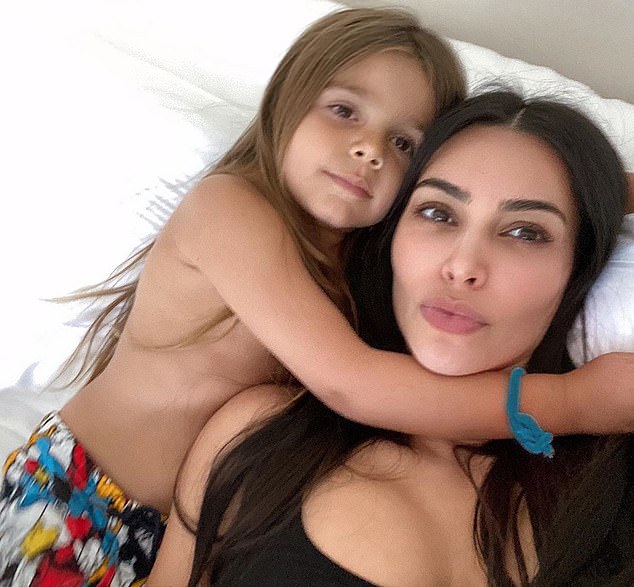 So sweet: Kim Kardashian shared a heartwarming Instagram snap this Wednesday with her five-year-old nephew Reign

Reign is just one year older than Kim’s son Saint West, who is one of the four children she shares with her husband Kanye West.

Over Memorial Day weekend Kim delighted her more than 170 million Instagram followers with a sweet picture of Saint and Reign together.

”OMG I cant with these two,’ gushed Kim in the caption to the photo, which showed the two cousins resting their heads on their hands and grinning.

Reign has drawn attention on social media for his long hair which Kourtney defended from online critics this April. 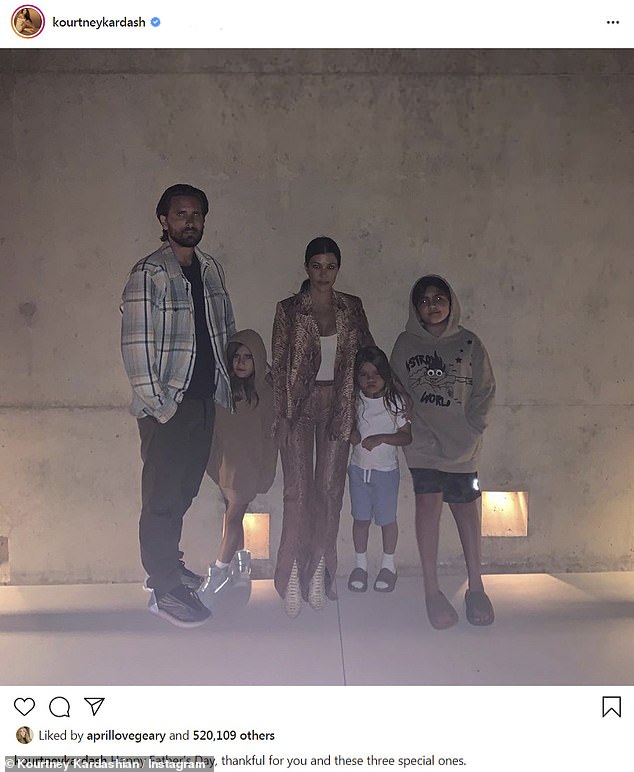 Family matters: Her elder sister Kourtney Kardashian shares Reign and her other children Mason, 10, and Penelope, seven, with her ex Scott Disick

When an Instagram commenter urged her to have Reign’s hair cut, another chimed in to complement the little tyke.

”He’s aloud to have long hair if he wants and stop telling people what to do with there own kids x his hair is lovely,’ wrote that Instagram user.

Kourtney replied to that comment writing that her son has the ‘Most gorgeous hair on earth anyone who says otherwise ABCDEFG.’

She was reusing a phrase she coined on Keeping Up With The Kardashians during a disagreement with Scott. 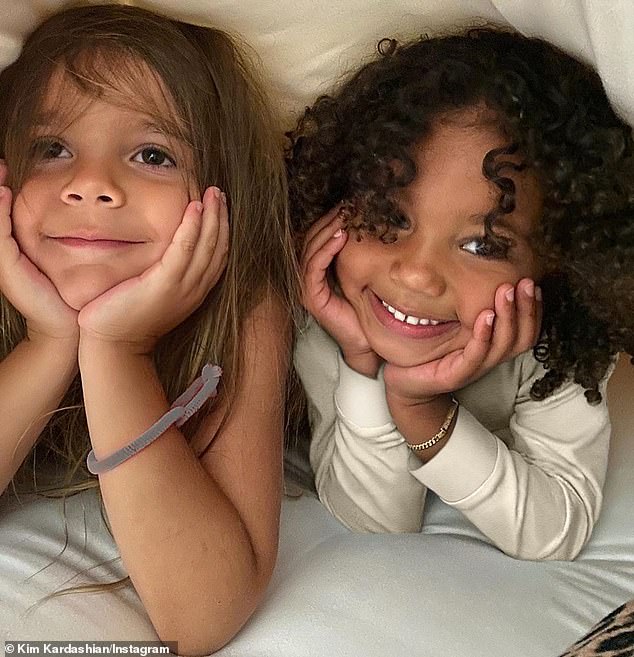 So sweet: Reign is just one year older than Kim’s son Saint West; Kim posted this snapshot on Memorial Day showing the two cousins together

The Poosh founder eventually ended the argument by saying: ‘ABCDEFG…I have to go,’ with the ‘g’ standing for ‘goodbye.’

Scott was nonplussed by her new tagline so Kourtney explained: ‘It’s just a phrase I like use…that means the conversation is over.’

Last month Scott and Kourtney took the children to Nobu Malibu for lunch on the first day they reopened for dine-in after months of takeout and delivery.

Scott broke up with his 21-year-old girlfriend Sofia Richie in May and an Us Weekly source explained shortly thereafter: ‘Kourtney is not open to him in a romantic sense, but Scott is always flirting with her and thinks she looks better than ever.’