NeNe Leakes: Bravo Offered Her A 75% Pay Cut In New Season Of 'RHOA'

Kim Kardashian looked picture-perfect in her latest snap as she showed off a stylish ensemble at home.

The 39-year-old sat posing in her closet wearing a colorful sleeveless top and sexy leather skirt which accentuated her waist.

Behind he could be seen rows and rows of garments arranged in color-coordinated sections. 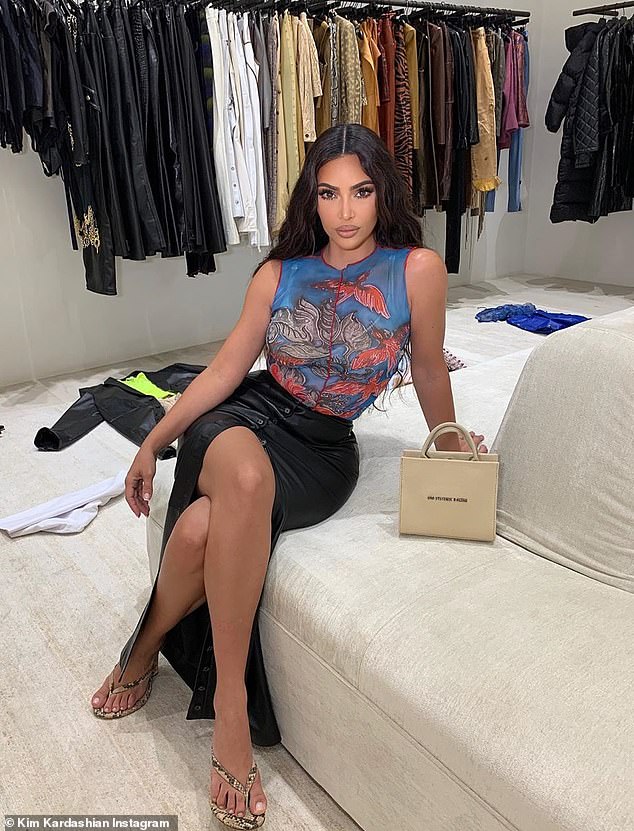 Sitting pretty: Kim Kardashian shared this snap on Tuesday as she posed in her closet in another stylish ensemble

Some pieces lay on the floor as the reality star clearly had a couple of outfit changes before deciding on the one that was Instagram worthy.

The E! star posed along with a nude mini handbag and wore her long locks in mermaid-style waves.

Meanwhile, Kim said she cried ‘all weekend’ when it was announced Keeping Up With the Kardashians is to end.

The TV star admitted it was the ‘most emotional day’ when the famous family confirmed last month they show will finish next year and it’s something she still feels upset about.

She told Grazia magazine: ‘Oh, it was honestly the most emotional day. The tears. I mean, I think I was crying all weekend. I’ll probably get emotional now on the phone. 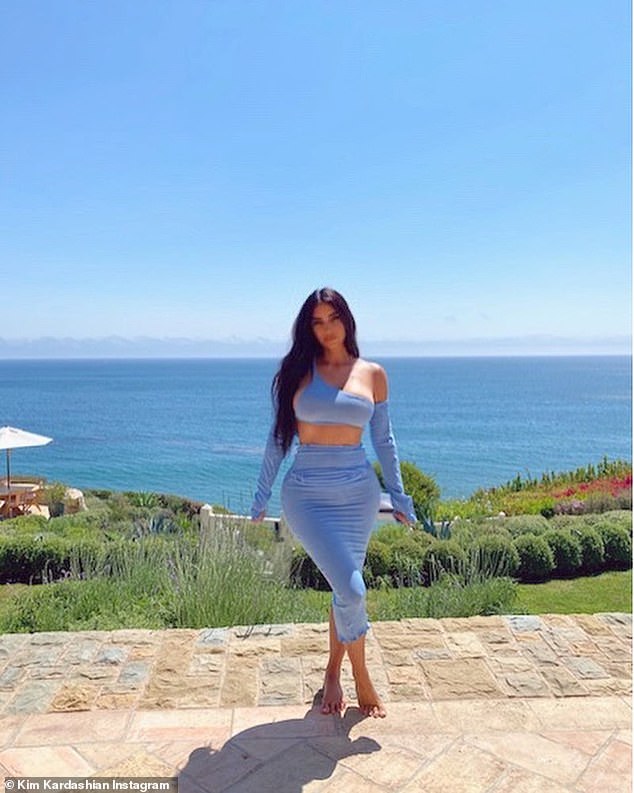 Style inspo: The TV personality shared some sunny snaps from the family’s Malibu rental on Monday 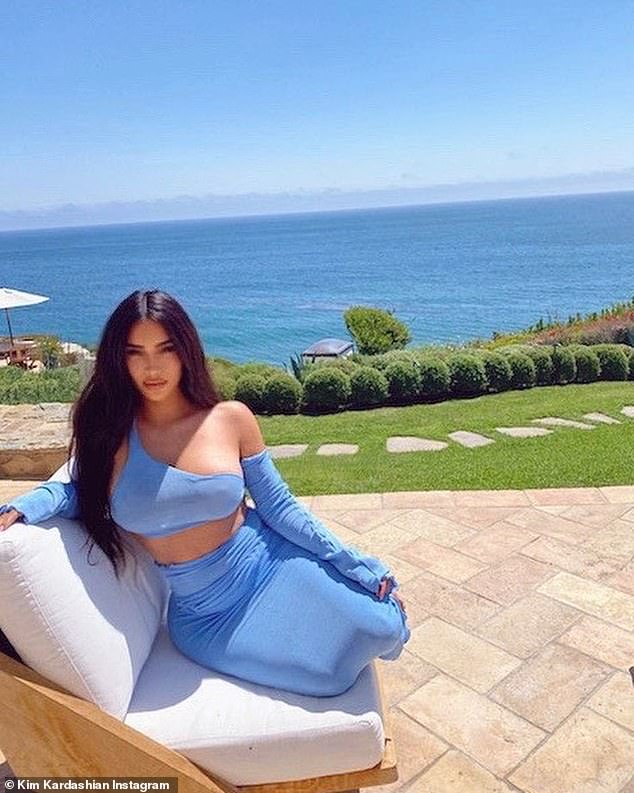 Beauty in blue: The mother-of-four showed off her toned midriff in a one shoulder crop top and long skirt

‘It was just a really emotional decision.’

Kim has already asked to keep her personalized microphone pack as a memento.

She quipped: ‘Whoever thought we’d miss getting mic’ed?’

The Skims founder – who has North, seven, Saint, four, Chicago, two, and 16-month-old Psalm with husband Kanye West -insisted it was the right time to end the show because her family are all in need of a ‘break’ and want to be there for their kids.

She said: ‘This was a dream of all of ours.

‘We never imagined we would get onto season two. Now we’re on 20. Sometimes we just need a break. It’s really simple. We just need a minute to regroup. You know, we haven’t had a break for 14 years.

‘We’ve gone in filming a season, then a spin off and I think there’s no other way to say it other than, we just live such big lives. And we have kids now. And they need us.

‘There’s so much going on that, even just for a minute we need a break.’ 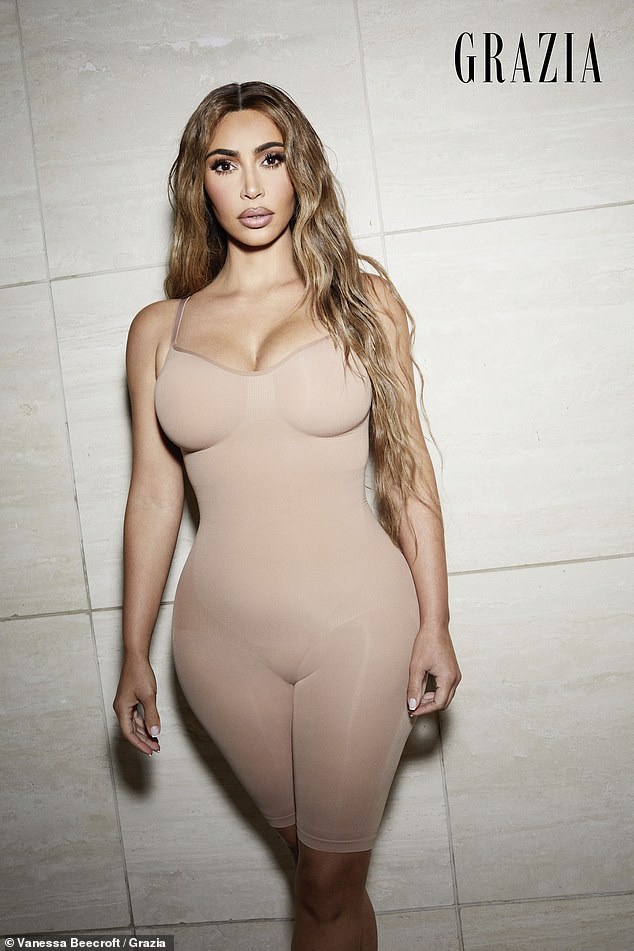 ‘I think I was crying all weekend’: Kim recently spoke to Grazia about the family’s emotional decision to stop filming KUWTK after 20 seasons

Kim has promised the final season of the show will reveal a whole new side to the clan because it will chronicle how they coped with the coronavirus pandemic and being in lockdown.

She said: ‘If anything, it’ll be really interesting to see what all of us were doing during the pandemic. We were so scared and cautious and we shared every moment of that.

‘Having to be with four kids and not have their friends or their routines and no help. It was a very different side of us that I don’t think anyone’s really seen.’

The season will begin with footage they shot themselves on their phones, but filming is now up and running properly.

Kim said: ‘Now the production can happen, in a very careful way, but the end of the season goes back into a little bit of normalcy. We want to fully live this out.’ 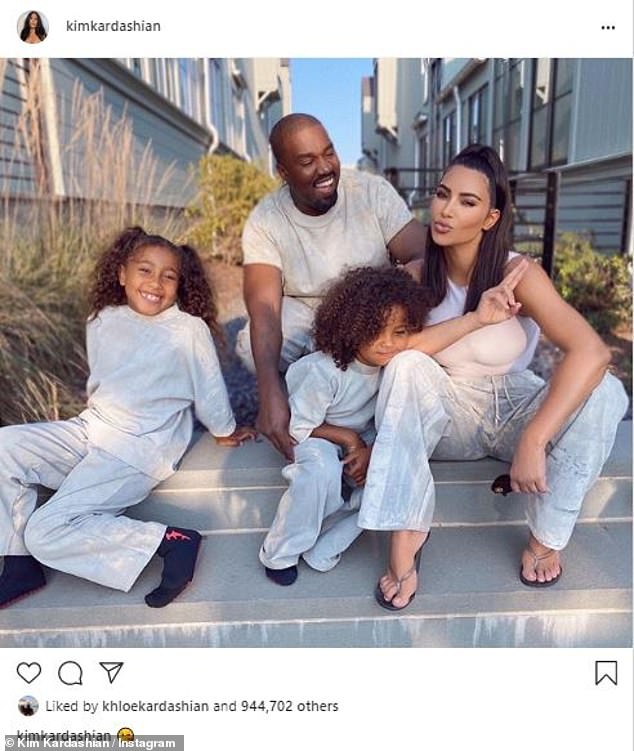 The Skims founder – who has North, seven, Saint, four, Chicago, two, and 16-month-old Psalm with husband Kanye West -insisted it was the right time to end the show because her family are all in need of a ‘break’