Kourtney Kardashian and Addison Rae have been attached at the hip for months.

The 41-year-old-mother of three and the 19-year-old Gen Z TikToker have struck up an unlikely friendship, with the BFF pair spending almost every day together.

The Poosh founder took to her Instagram on Saturday to share some throwback snaps taken while the duo vacationed at Kris Jenner‘s mega mansion in La Quinta. 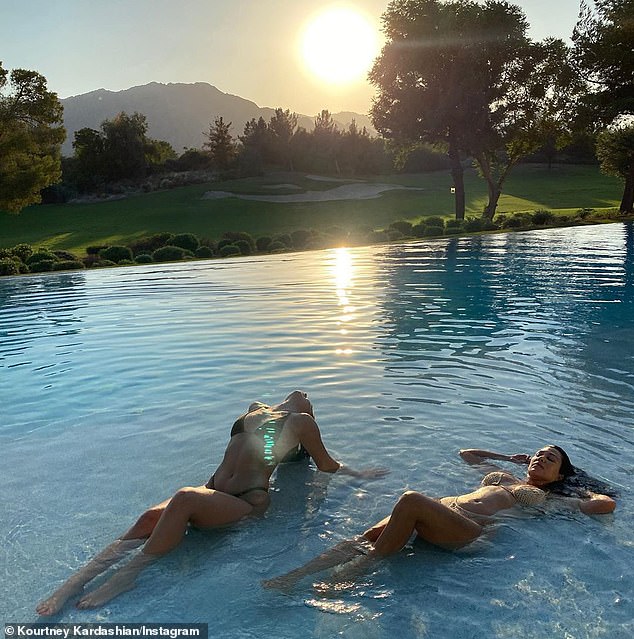 BFF: Kourtney Kardashian, 41, and Addison Rae, 19, pose in bikinis for a series of snaps while vacationing in Palm Springs. The age-gap duo have stricken up an unlikely bond as rumors have swirled Kourtney has been helping to groom Addison for reality show fame

Soaking up the last licks of summer, Addison and Kourtney posed in the infinity pool at the family’s  $12M home.

Addison and Kourtney were the ying to each other’s yang as they wore matching crochet bikinis, Kourtney’s in cream and Addison’s in brown.

The sexy sunset bikini shoot featured a myriad of poses as Kourtney and Addison – who work out with Kourtney’s trainer Don daily – showed off their toned curves. 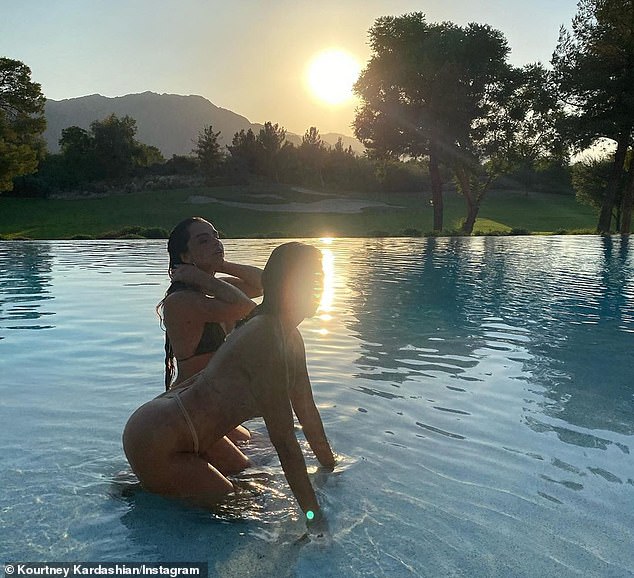 Twinning:  Addison and Kourtney were the ying to each other’s yang as they wore matching crochet bikinis, Kourtney’s in cream and Addison’s in brown 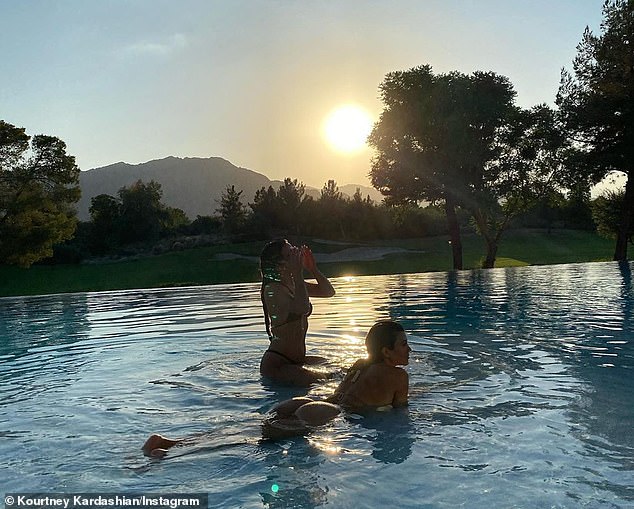 Heat wave: Beating the Palm Springs heat even at dusk, they opted for the pool as the last moments of sunlight lingered 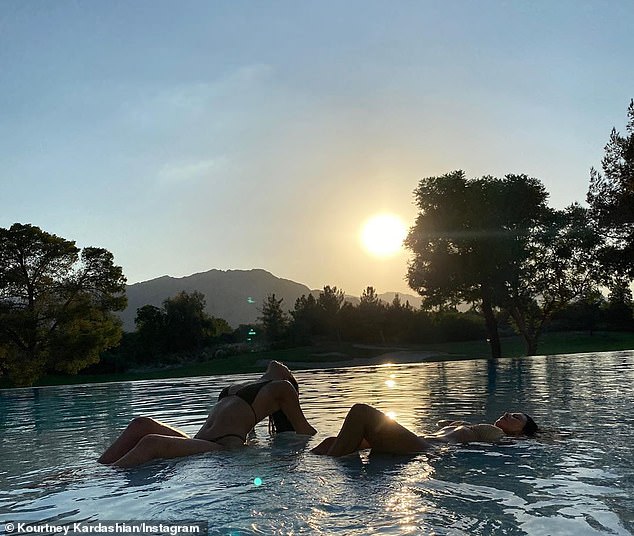 Mama Mia: The duo posed in a series of racy snaps, Kourtney even helping her new BFF film a TikTok video

Beating the Palm Springs heat even at dusk, they opted for the pool as the last moments of sunlight lingered.

At one point during their vacation getaway, Kourtney even filmed behind the scenes of Addison doing a TikTok to Lay All Your Love on Me from musical Mama Mia, which has grossed over 91.9M views on the app.

The two, who originally met when Kourtney wanted to surprise son Mason, 10, with the TikToker, ended up become close friends.

The friends have been spending a lot of time together, and have been spotted dining at at celebrity hotspots Nobu in Malibu and Craig’s in West Hollywood. 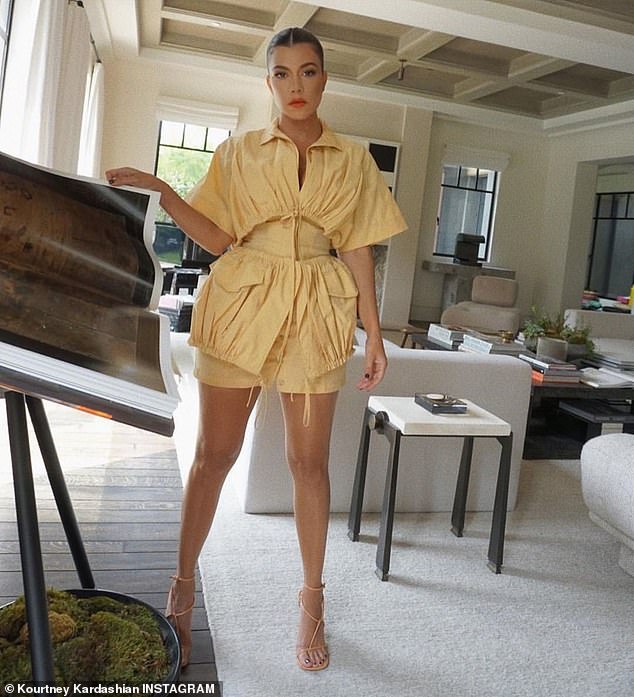 Older sister: Addison who is the eldest of two brother has said she views Kourtney as somewhat of a big sister 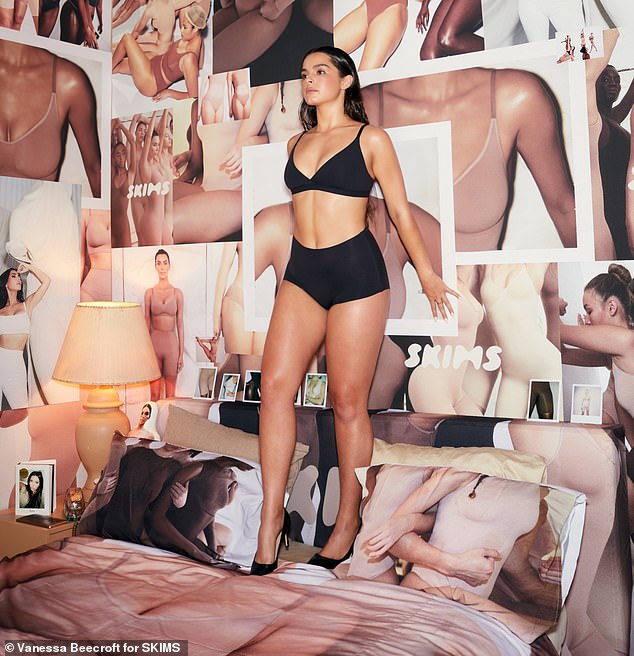 SKIMS: Addions Rae poses for Kim Kardashian’s shapewear line SKIMS in honor of the one-year anniversary. The TikToker has gotten very close to the Kardashian family causing the internet to speculate the reality show torch may be past down

Recently, Addison even posed for sister Kim Kardashian’s line of SKIMs to celebrate the shapewear line’s one year anniversary.

‘I think she has great energy as well and she has so much experience in her life that I can really just look at and kind of learn from’ said Addison.

Rumors have swirled for months that Addison and her family may have a reality tv show in the works much like that of Keeping Up With The Kardashians. 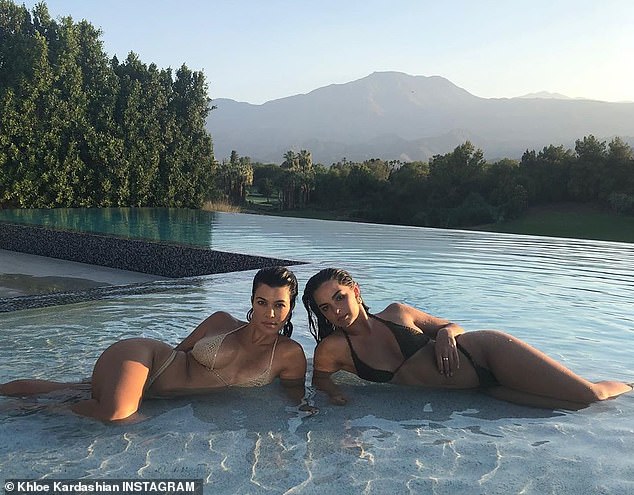 Mentor: Addison has revealed that Kourtney acts as somewhat of a mentor to her and that she can learn from Kourtney’s experience

With the ending of KUWTK after 20 seasons, internet culture has started to speculate that the torch may be passed down to Addison and her family.

Though she and her mother Sheri currently have a podcast called ‘Mama Knows Best’ and the teen is set to star in the reboot of the 90s classic movie She’s All That, Rae revealed that she has many balls in the air and has a hard time saying no when it comes to projects she is interested in.

‘A lot of stuff keeps continuing to be presented to me, which is super fun, and I think there’s plenty of opportunities and exciting things coming up’ she shared. 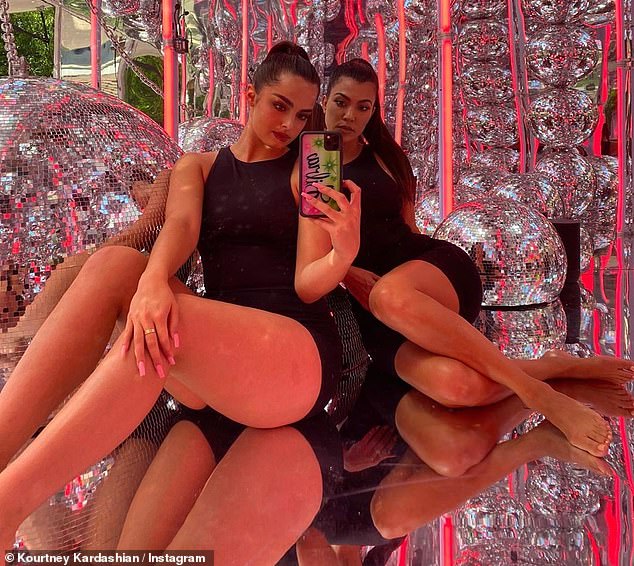 Friends by chance: The duo who originally met when Kourtney wanted to surprise son Mason, 10, with  TikToker Addison ended up become close friends and have spent nearly every day together since