She is the reality titan who excels at grabbing attention on social media with her racy snaps.

And Kourtney Kardashian positively sizzled as she showed off her stunning bikini body in a throwback snap from Sardinia this week.

The Keeping Up With The Kardashian star, 40, looked incredible as she slipped her gym-honed frame into an eye-catching yellow bikini while posing on some rocks on the Mediterranean island. 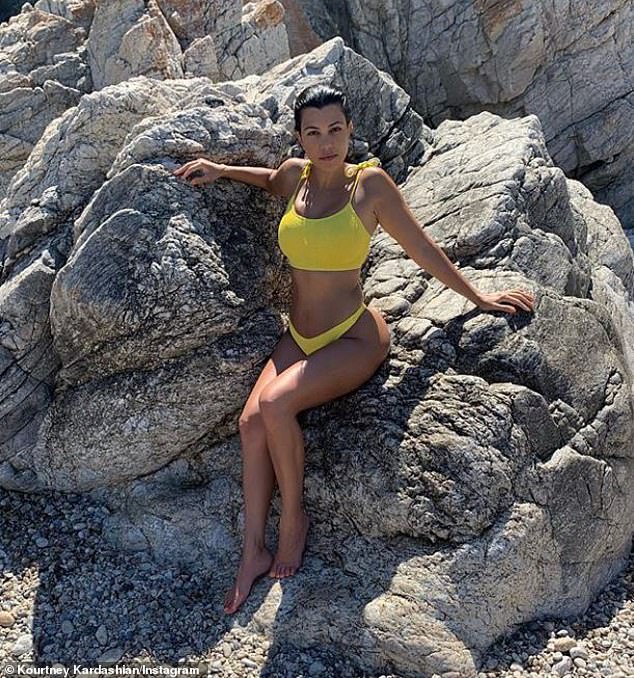 Wow factor: Kourtney Kardashian positively sizzled as she showed off her stunning bikini body in a throwback snap from Sardinia this week

The racy bikini top teased a glimpse of the star’s ample cleavage while drawing the eye to her washboard abs and slender waist.

Going for a natural look, the star wore her salt-licked locks off her face and went make-up free.

The sultry snap comes amid claims Kim Kardashian has been feuding with Kourtney over her continuing to slack on her filming commitments. 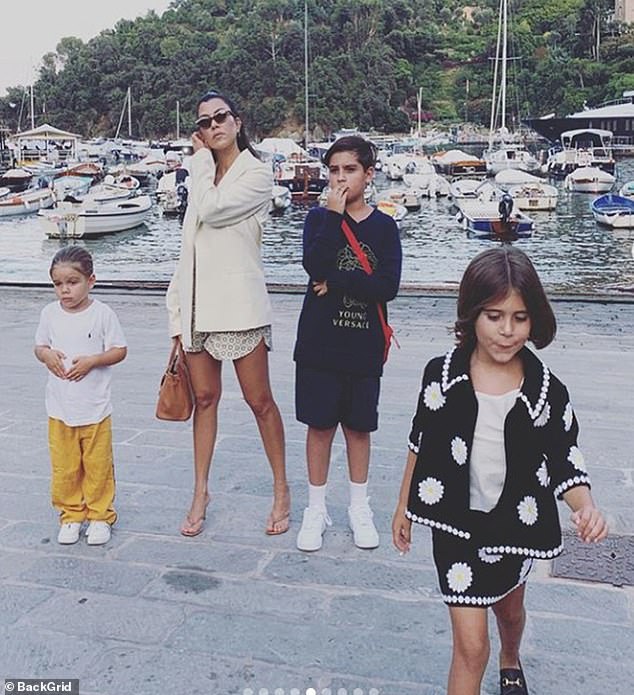 Doing it for the kids: It was recent;y revealed that Kourtney wants to film Keeping Up With the Kardashians less to protect her three children from online trolls and bullying

Kourtney‘s reasoning has now been revealed to be because of her three children; Mason, 10, Penelope, seven, and Reign, five.

The star wants to ‘limit the public exposure’ of her kids, which means less filming for her, a source told People.

‘She is happy to be filming less for both herself and the kids,’ a source told People on Tuesday.

‘As Kourtney and Scott’s kids get older, especially Kourtney feels that public exposure is not really beneficial for the kids.’

The insider went on to explain that she was worried her children would later read the hurtful comments many trolls write online about them. 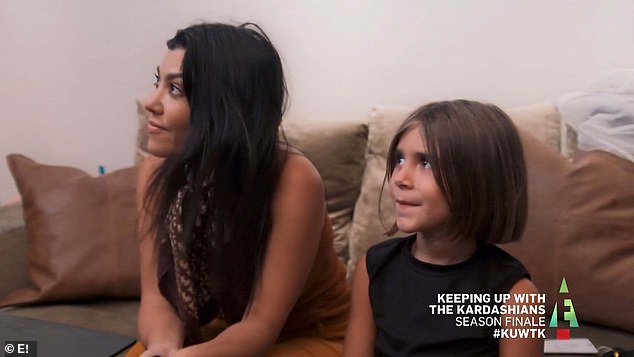 Disick clan no more: Kourtney and her family will be appearing less on season 18 of KUWTK 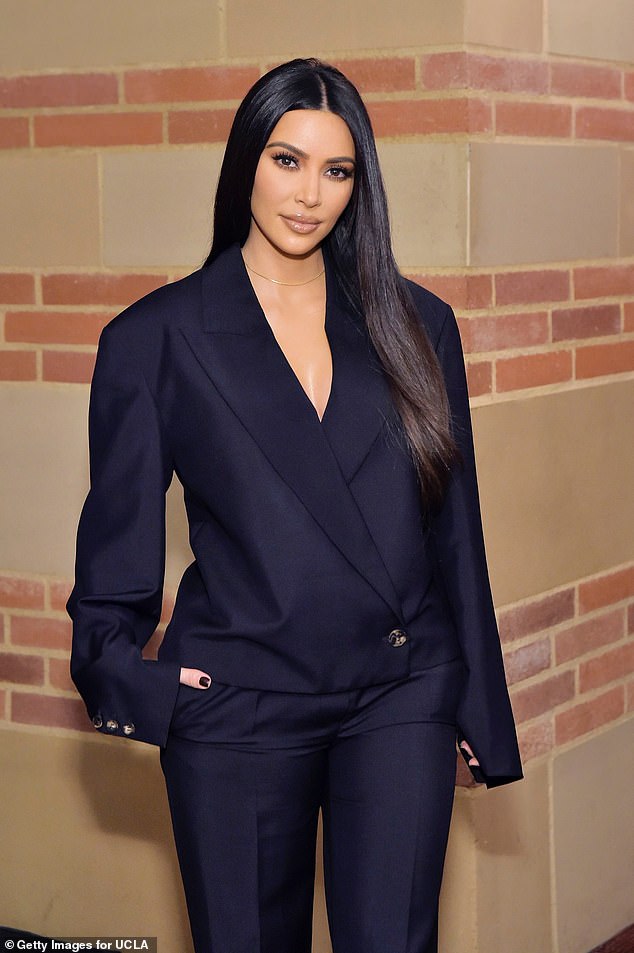 Claws will come out! Kim Kardashian teased on Tuesday that she ‘may need to get an attorney when that first episode comes out’

‘There are already trolls that post nasty comments about the kids,’ the source continued.

‘They are too young to read about it yet, but Kourtney would hate for them to read it as they get older. She feels more and more protective of the kids.’

The comments come after it has been revealed that Kourtney and Kim’s relationship will continue to get worse and more strained in the new season of their show.

‘I might need an attorney when that first episode comes out’ Kim told Laura Wasser on her podcast on Tuesday.

‘It gets a lot worse before it gets better. But you know, we’re a really close family. It all works out.’

‘Our family’s never dealt with this before,’ she added before Laura pressed jokingly, ‘Was it like a Megxit?’

No it wasn’t, it was a little… violent,’ Kim replied.

Kim threatened to fire Kourtney from the show at the end of season 17 due to her refusal to talk about her personal life on camera.

It in turn left Kim and Khloe picking up her filming hours. 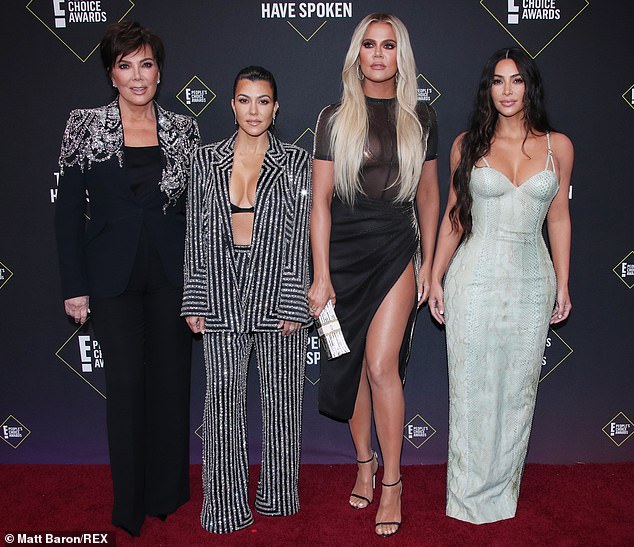 Family back again: KUWTK will return for season 18 at the end of March 2020 (pictured: Kris Jenner, Kourtney, Khloe and Kim in 2019)