She showed off her trim figure the day before in multiple shades of satin lingerie.

And Kourtney Kardashian was back on Saturday with another steamy look as she as she started off her day.

The 41-year-old Keeping Up With The Kardashians star highlighted her lustrous skin in a revealing bathrobe photo shared to her Poosh account. 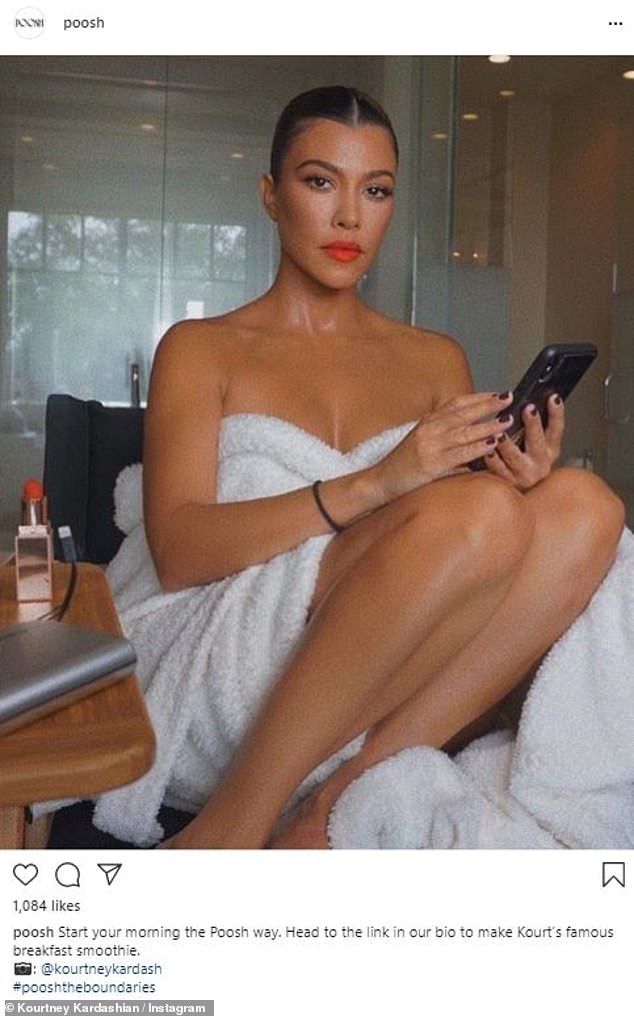 Starting the day: Kourtney Kardashian, 41, showed off her clear skin and her slim figure in an brilliant white bathrobe in a photo posted to her Poosh Instagram on Saturday

Kourtney didn’t leave much to the imagination in the picture, which showed her in a fluffy white bathrobe.

The robe was rolled up just low enough to showcase her cleavage, and she also showed off her toned legs as she crouched on a chair while scrolling through her phone.

The reality star had her raves tresses parted down the middle and tightly tied back, and she sported an eye-catching splash of scarlet on her lips.

‘Start your morning the Poosh way,’ the caption said, before urging her fans to check out her breakfast smoothie recipe on the site. 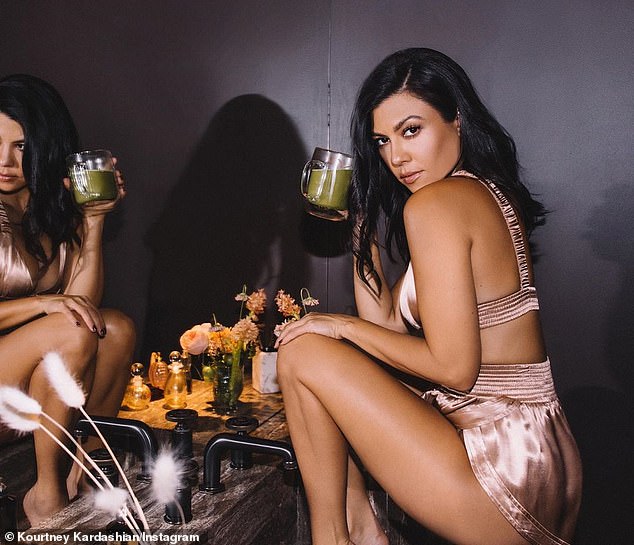 Pretty in pink: On Friday, Kourtney showed off a sultrier look on her own Instagram page that featured a dark pink set of satin lingerie

On Friday, Kourtney showed off a sultrier look on her own Instagram page that featured a dark pink set of satin lingerie.

She was dressed in a bralette-style top wit thick straps and matching bottoms.

The seemed to be awkwardly sitting on her bathroom counter with her feet in the sink as she enjoyed a pea green matcha tea. 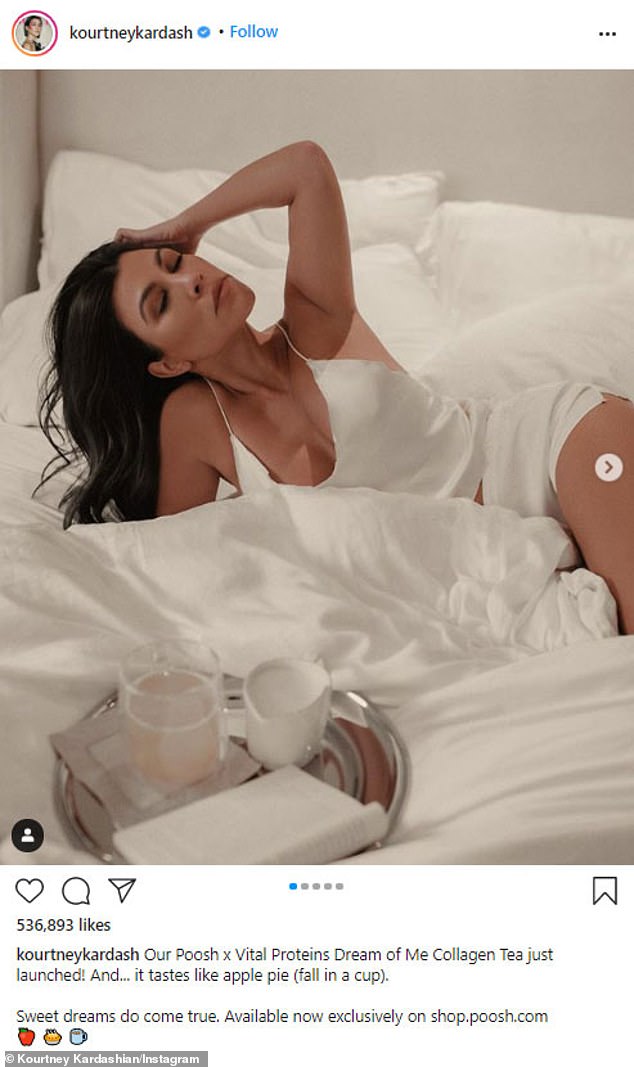 Lazy day: Kourtney seemed to be feeling provocative, as earlier on Friday she posted more underwear photos, this time in an angelic white satin outfit 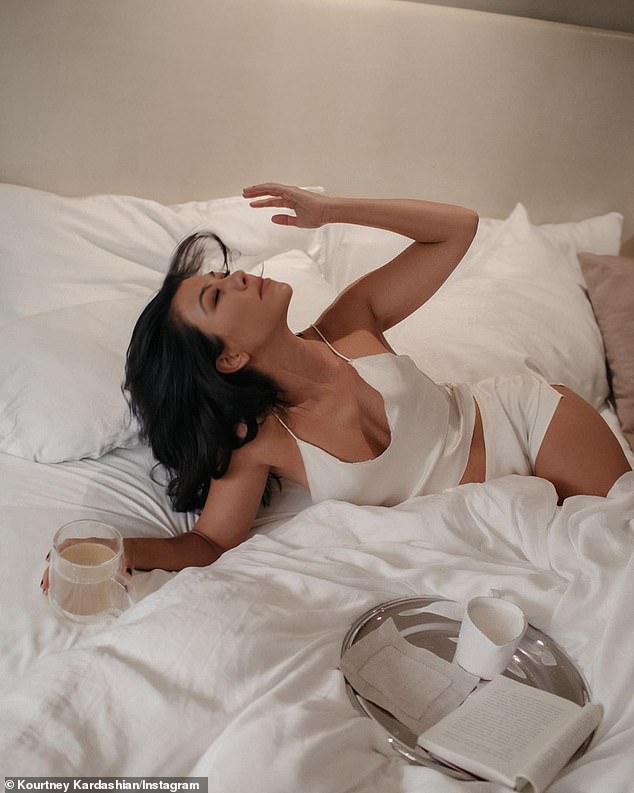 Sultry style: The sister of Kim Kardashian dramatically ran her fingers through her lustrous locks as arched her neck back while enjoying coffee and a book in bed

Kourtney seemed to be feeling provocative, as earlier on Friday she posted more underwear photos, this time in an angelic white satin outfit.

The sister of Kim Kardashian dramatically ran her fingers through her lustrous locks as arched her neck back while enjoying coffee and a book in bed.

Kourtney’s display comes after her family announced that their long-running reality series Keeping Up With The Kardashians would come to an end in 2021 with the airing of its 20th season.

Kourtney jumped ship before the rest of her family and stopped filming back in March, which she blamed on the show’s ‘toxic environment’ in Vogue Arabia.

Since ending her run on the series, Kourtney has been spending plenty of time with her children and her ex Scott Disick, 37, who has been more involved with his children since his brief rehab stint in May. 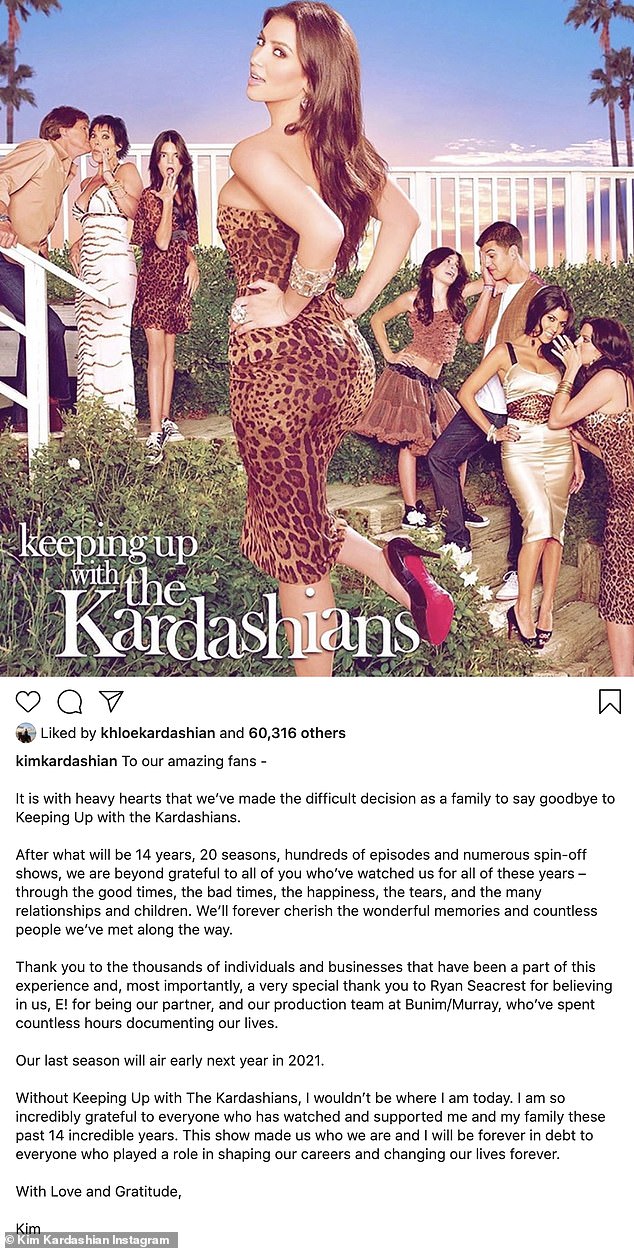 Saying goodbye: The Kardashian–Jenner clan recently announced that Keeping Up With The Kardashians would end in 2021, but Kourtney already jumped ship in March 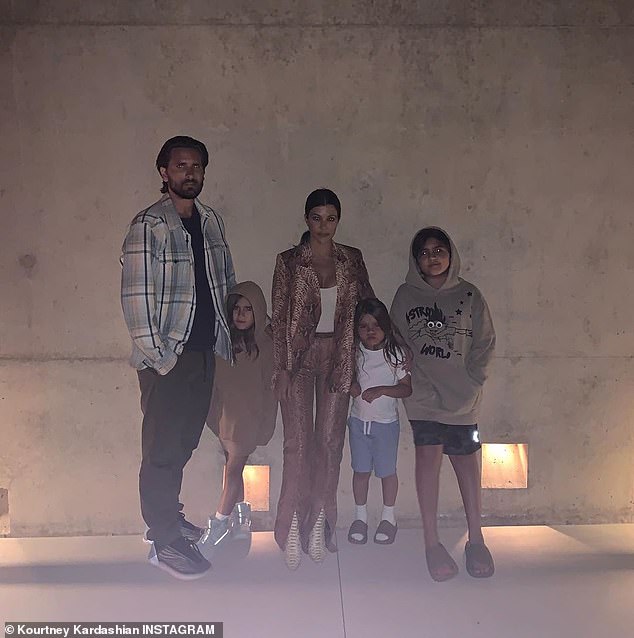 Family time: Since quitting, she’s had more time to spend with her children Mason, 10, Penelope, eight, and Reign, five, as well as her former partner Scott Disick, 37

Earlier in September, Page Six reported that Kourtney’s younger sister Khloé, as well as Scott, were the the two big holdouts who wanted to continue filming KUWTK.

‘Some of them needed the money more than others,’ an insider said of the two.

The Kardashian–Jenner family told the MailOnline that the cancellation was equally ’emotional’ for everyone and that they had reached a collective decision to end the series.