By Kellie Chudzinski For Dailymail.com

One of her youngest daughters is a star at New York Fashion Week.

But Kris Jenner decided to stay in Southern California, she was spotted on a lunch date with her longtime beau Corey Gamble on Tuesday. 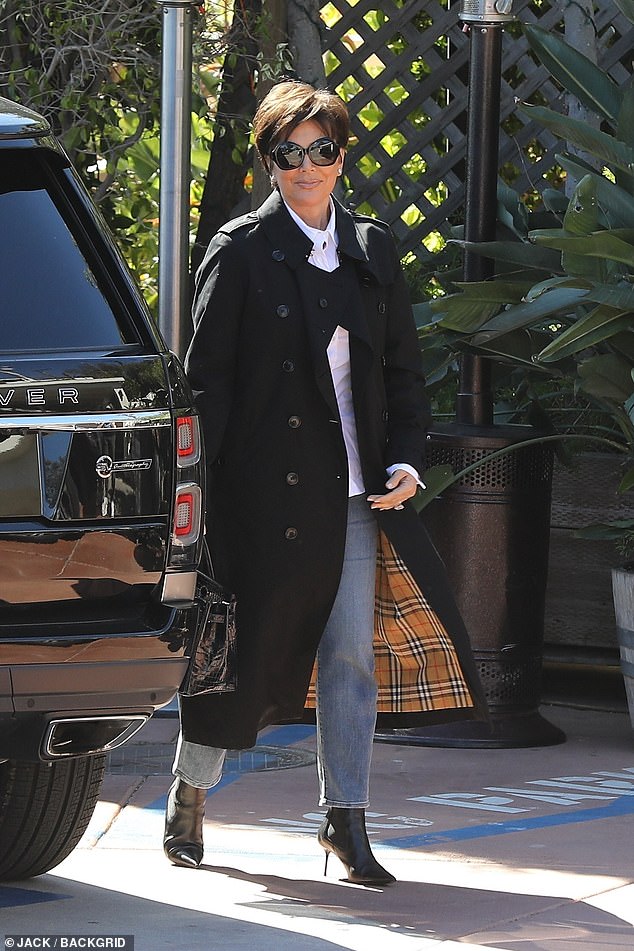 Chic: Kris Jenner looked chic as she headed to lunch with her beau in Malibu on Tuesday

Underneath, she wore a white button up blouse and paired the outfit with black stiletto booties.

Her signature short brown hair was styled in its typical sleek look. 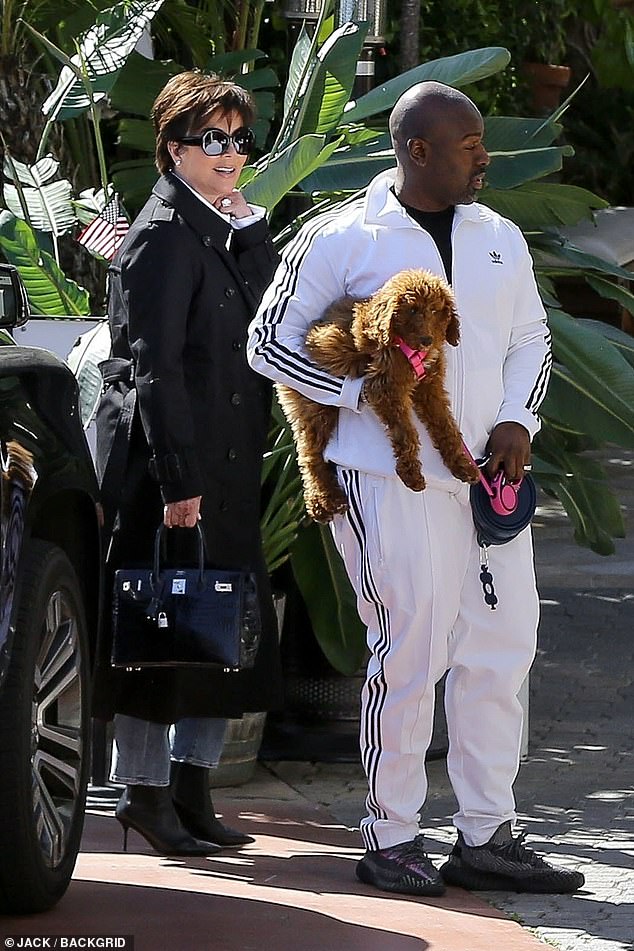 For accessories she carried a black handbag and covered her eyes in a large circular sunglasses.

She was joined by Gamble, 39, who looked casual in an all white Adidas sweatsuit with the brand’s signature three stripes in black.

He paired it with black and grey Yeezy sneakers. 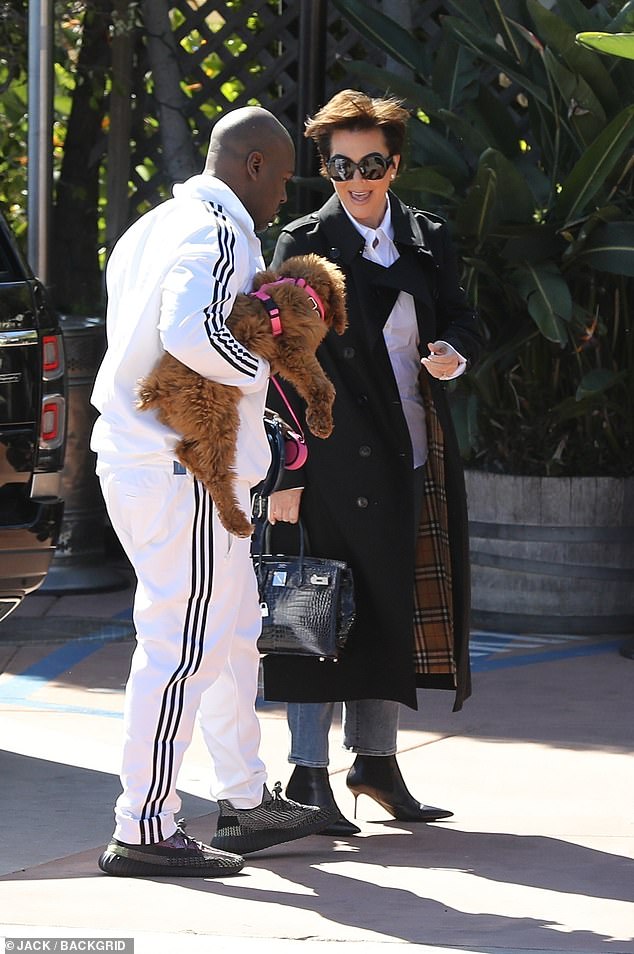 His look: She was joined by Corey Gamble, 39, who looked casual in an all white Adidas sweatsuit with the brand’s signature three stripes in black and her new rescue dog

The former bodyguard carried Jenner’s new puppy, who she rescued last month with the help of Ellen DeGeneres.

Taking to her Instagram account in early January she shared a short video on her Stories of her new brown four-legged friend running around her garden.’

But some online haters accused Jenner of getting special treatment by allowing to snap up one of the cute puppies before others could. 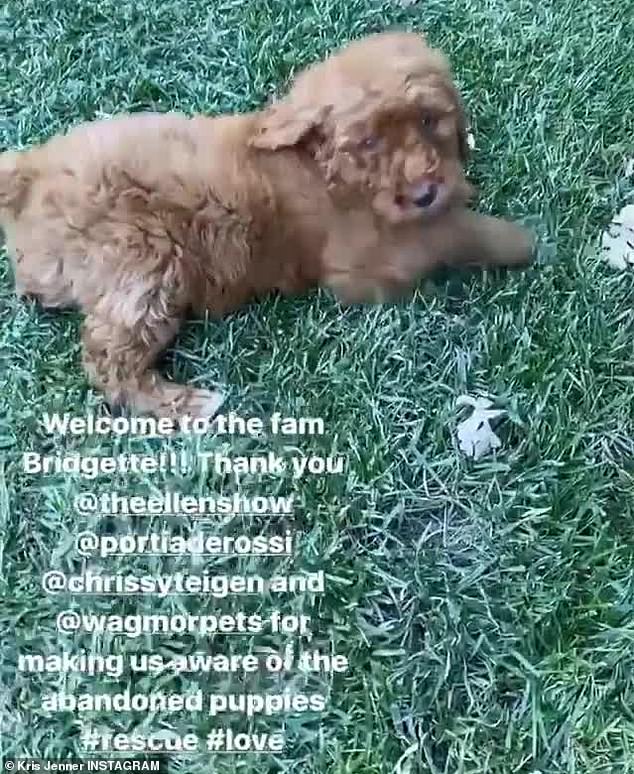 Lucky pup: Kris adopted the rescue puppy, who she has called Bridgette in earlier January

It is not known if Wagmor held the animals especially for stars. DailyMail.com reached out to Wagmor for comment but has not heard back yet.

The Wagmor is a 5 star luxury pet hotel and spa which also helps with adoptions.

Kris – who is the mother of Kourtney Kardashian, Kim Kardashian West, Khloe Kardashian, Rob Kardashian, Kendall Jenner and Kylie Jenner – was introduced to the sweet litter of pups by Chrissy after she and her husband John took one of the boys – who they have called Petey – home from the shelter.