Gucci Mane Is Accused Of Cheating On Wife Keyshia K'Aoir!!

The 64-year-old was seen Thursday enjoying the finer things in life during a solo getaway to St. Barts.

The Kardashian-Jenner matriarch pulled a rather sneaky move by wearing what appeared to be a new Yeezy shoe prototype while taking the streets of the luxe vacation spot. 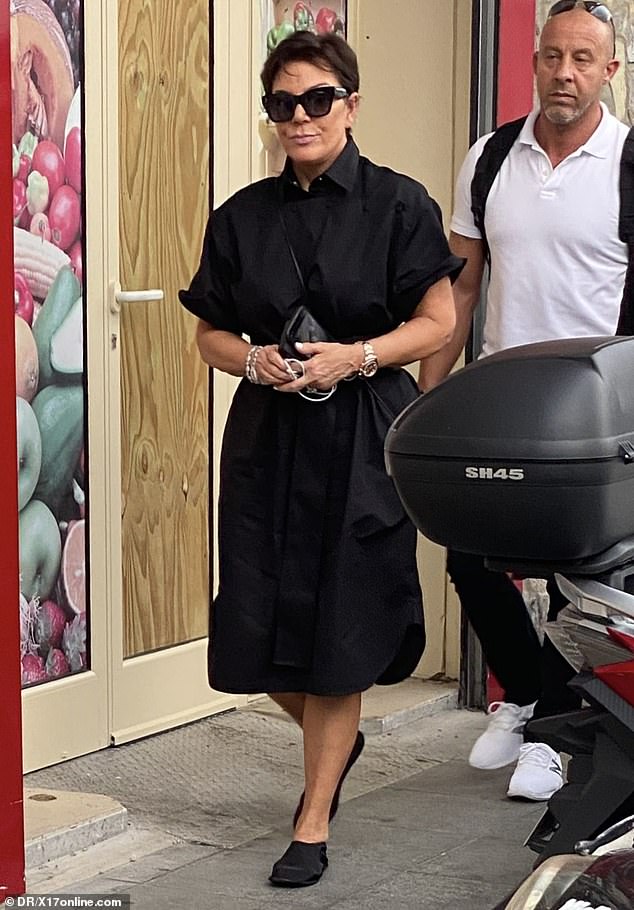 The Keeping Up With the Kardashian’s star appeared well-rested when spotted on the streets of St. Barts.

Jenner conquered the lavish vacation destination on foot in what appeared to be a new Yeezy shoe design.

Kris got to break in her new kicks while looking through the racks at the high fashion retailer Hermes. 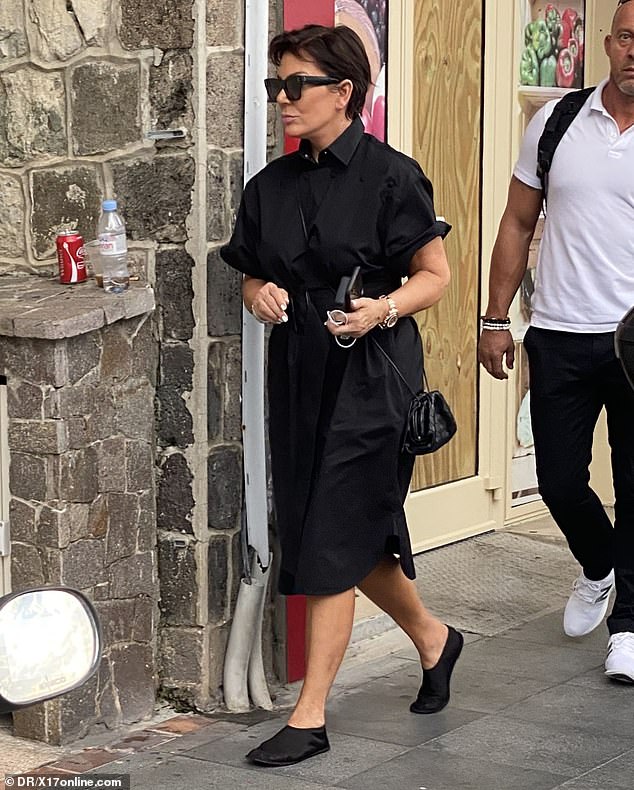 Reppin’ the son-in-law: On Jenner’s feet appeared to be a pair of new all black Yeezy Scuba shoes, designed by none other than her infamous son-in-law, Kanye West

Jenner, rocking her signature raven-toned pixie cut, donned an all black ensemble that matched her Yeezys and drew attention to her bronzed skin and toned calves.

Jenner’s eye-catching shoes are a new creation from the mind of her infamous son-in-law, Kanye West. 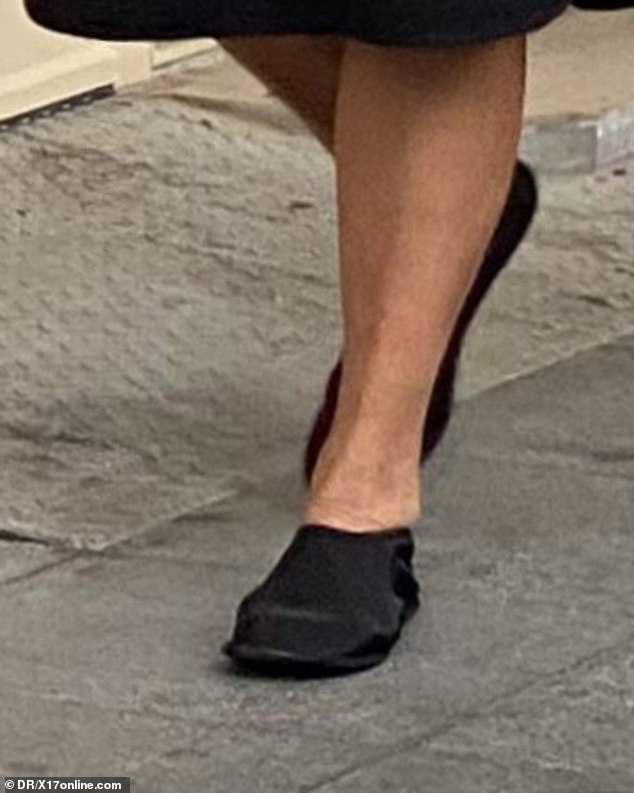 New Yeezy shoes: The shoe features a low-ankle and may be the Women’s version of the Yeezy Scuba shoe Kanye showcased in April 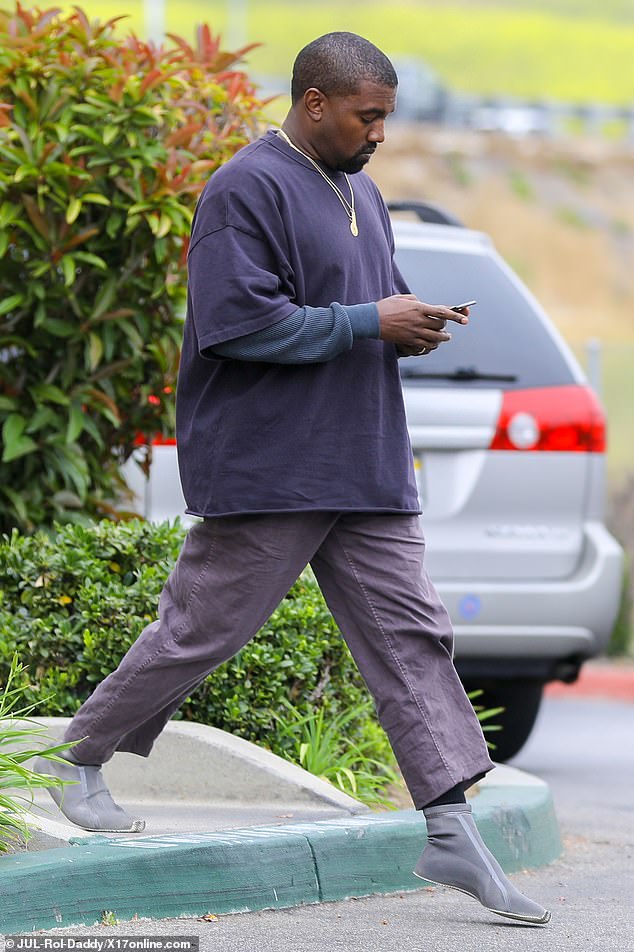 Male version: The Jesus Is Born rapper was spotted rocking a very similar Yeezy design to the one worn by his mother-in-law back in April

The Jesus Is Born rapper was spotted rocking a very similar Yeezy design to the one worn by his mother-in-law during her current St. Barts excursion.

West’s version, which he showed off in April, were a light shade of grey.

But, knowing his mother-in-laws color palette, West came through for the 64-year-old and made her a pair in black.

According to TMZ, the new Yeezy Scuba shoe is expected to retail for $220, while Yeezy as a brand is expected pull in $1.5Billion from 2019 sneaker sales. 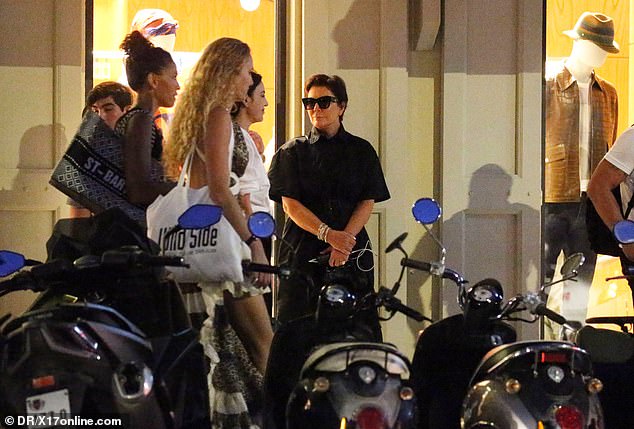 Matriarch: Jenner, rocking her signature raven-toned pixie cut, donned an all black ensemble that showed off her bronzed skin and toned calves 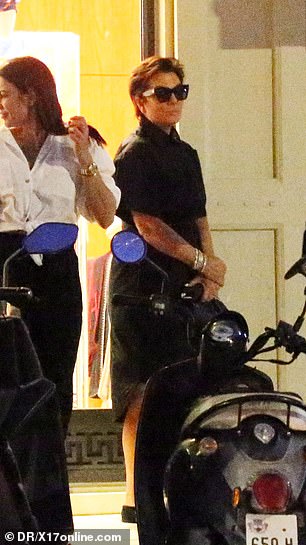 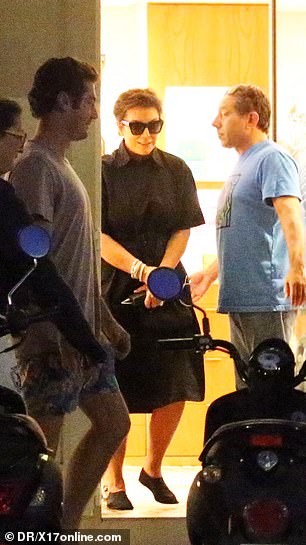 Hermes splurge: The famous matriarch took part in some post-Christmas retail therapy at an Hermes store in St. Barts

With large sunglasses covering the majority of her face, Jenner looked presumably make-up free and happy to be so, since she was glammed to the max just days prior.

Tuesday evening, Jenner attended her family’s annual Christmas Eve celebration, where she was photographed with daughter Kim and mother MJ.

Kris dazzled in a floor-length gown given a preppy look by the white button shirt she sported underneath it. 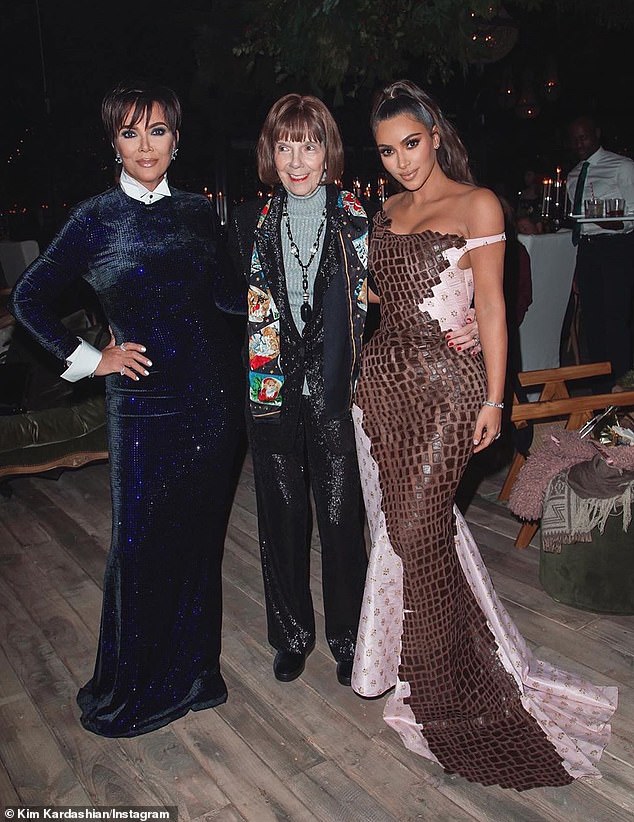 The lavish Christma Eve party was hosted for the first time at eldest daughter Kourtney’s $8.5M six-bedroom 12K-square-foot mansion inside the gated community, Estates at the Oaks in Calabasas, CA.

Daughter Kim got on the microphone during the evening’s event and Kris, like the mom-ager she is, whipped out her cellphone and began live-streaming her daughter’s Christmas Eve speech.

Kris kept the camera on her self, for the most part, but appeared to be enjoying the spectacle. 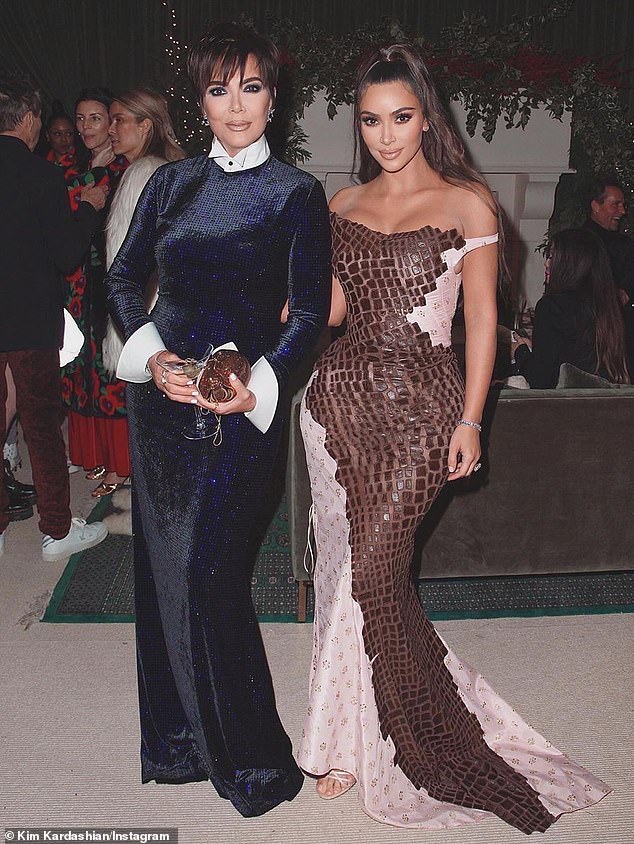 Runs in the family: While live streaming Kim’s speech, Kris kept the camera on her self, but appeared to be enjoying the spectacle