‘I think about it every day’: Kylie Jenner admits she wants more kids ‘so bad’… as she teams up with James Charles to create a jaw-dropping Halloween look

On Tuesday Kylie, 23, took to Instagram to unveil the special effects artistry which featured claw marks down one side of her face as she sported and sheer animal print top.

The duo made a video together posted on Charles’ YouTube channel showing how the 21-year-old created the look. 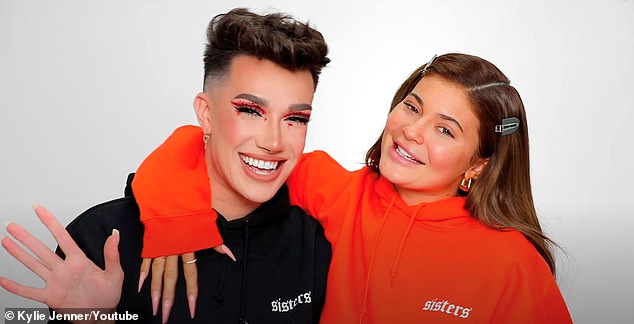 Halloween fun: The pals had fun for a YouTube video posted to Charles’ channel showing how to create the look

While Charles got to work on Kylie’s face they got talking about her Halloween plans with daughter Stormi, two.

After revealing that the cute tot has been excited about the spooky holiday for the last two months, Charles asked Kylie if she wants more kids.

‘I’m not planning, I don’t have the time for that to happen.’ she added. 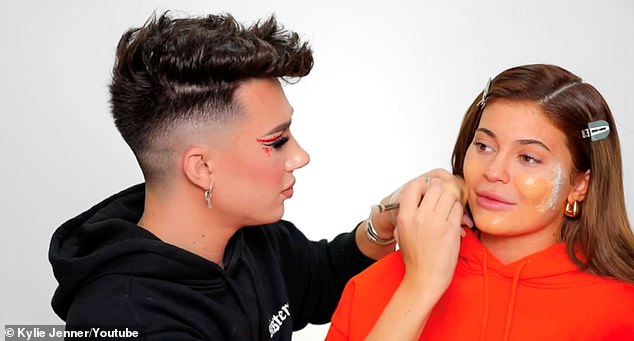 Catching up: While Charles got to work on Kylie’s face they got talking about her Halloween plans with daughter Stormi, two 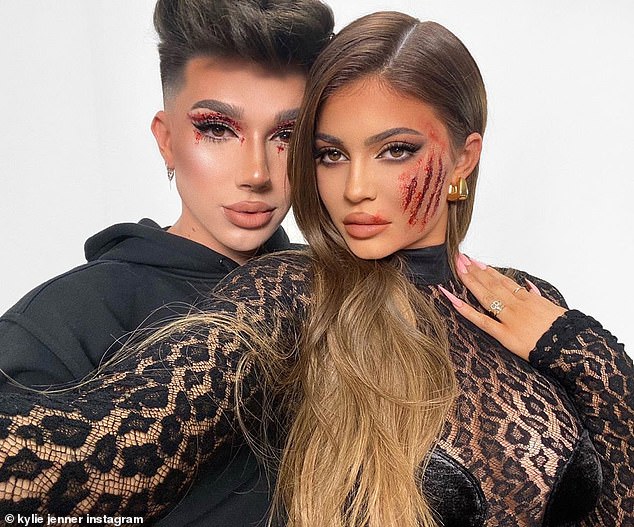 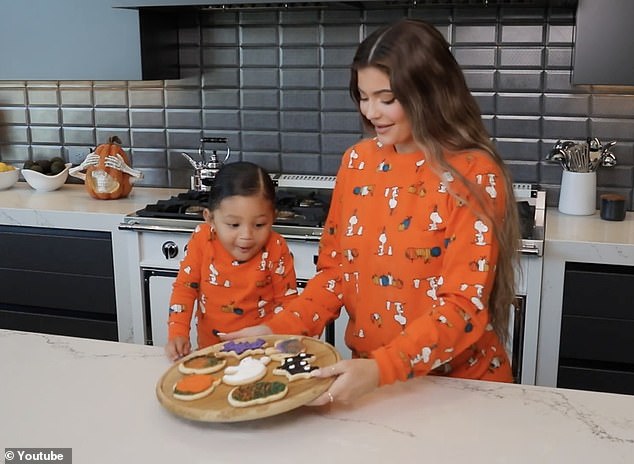 The mother-of-one explained that she tries her best to be a good mom.

‘Being a parent though is stressful, to do the right thing at all times, like I read books I follow all these Instagrams, I’m just trying to learn the best way to raise your kid.’ she said.

‘But I think every kid is different. You gotta just do whatever you think is best for your child.’

Meanwhile, Kylie revealed she views butterflies as ‘a symbol’ of her relationship with Travis Scott. 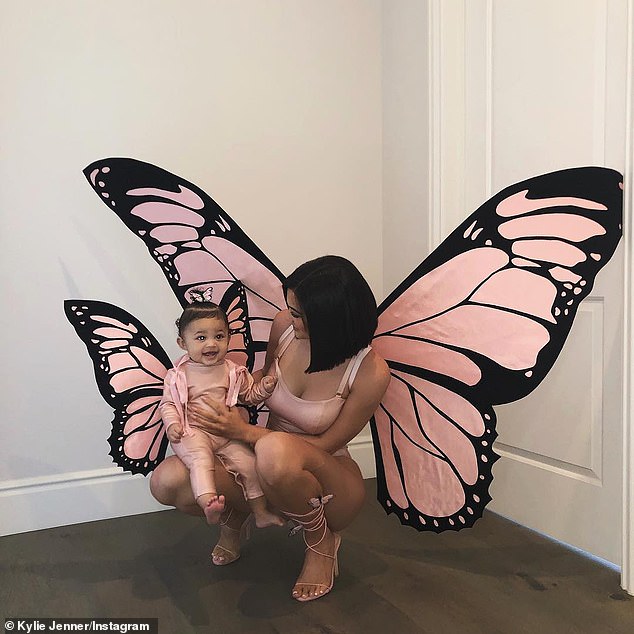 Her baby: Meanwhile, Kylie revealed she views butterflies as ‘a symbol’ of her relationship with Travis Scott

The Keeping Up With the Kardashians star and her daughter dressed up as the winged creatures for Halloween in 2018 and she explained how it was a very ‘special’ outfit for them because the creature held such significance between her and the youngster’s dad.

Reflecting on her favorite Halloween costumes in a new video, Kylie said: ‘When Travis and I first got together we got matching little butterfly tattoos.

‘So a butterfly is just a symbol of our relationship and Stormi, so it was really special to do the butterfly costume.’ 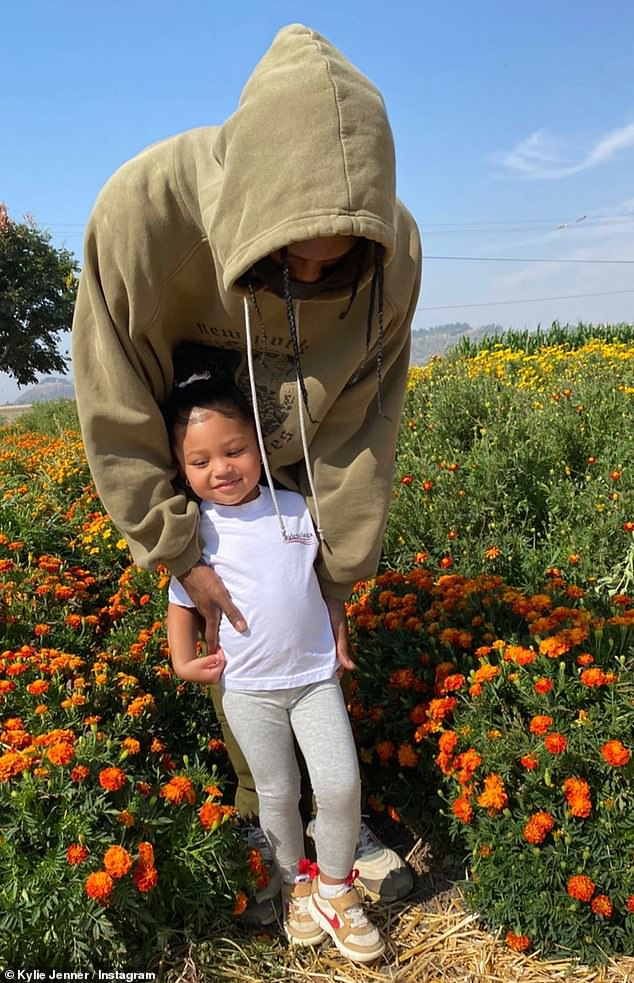 Family: Stormi is seen with dad Travis Scott in a recent snap at a pumpkin patch