Kylie Jenner wants the world to know her daughter’s birthday is coming soon.

The star, 22, has placed a massive billboard on the intersection of Santa Monica and La Cienaga Boulevard in West Hollywood, announcing Stormi’s upcoming makeup collection and second birthday.

In the billboard, Kylie gently cradles Stormi as the youngster rests her head upon her chest. 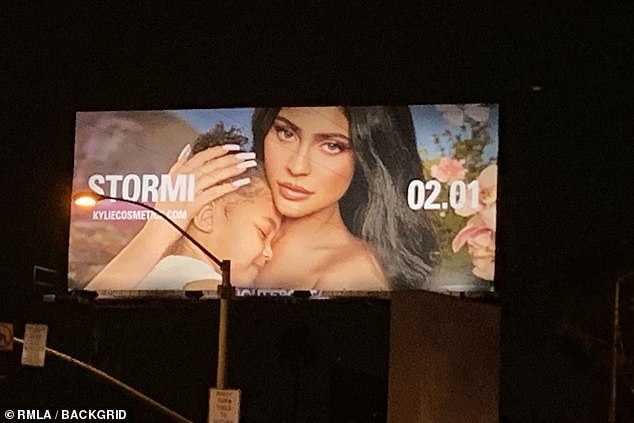 Stormiworld indeed! Kylie Jenner has placed a massive billboard on the intersection of Santa Monica and La Cienaga Boulevard in West Hollywood, announcing her toddler’s upcoming birthday and makeup collection

The reality star is all glammed up as she gazes towards the camera while cuddling her child.

‘Stormi’, the billboard read, along with the release date of her makeup collection, which coincides with Stormi’s second birthday on February 1.

The billboard will definitely be getting a lot of attention, as it’s located in a highly visited area of West Hollywood.

Kylie announced she would be releasing a new makeup collection inspired by her daughter last week. 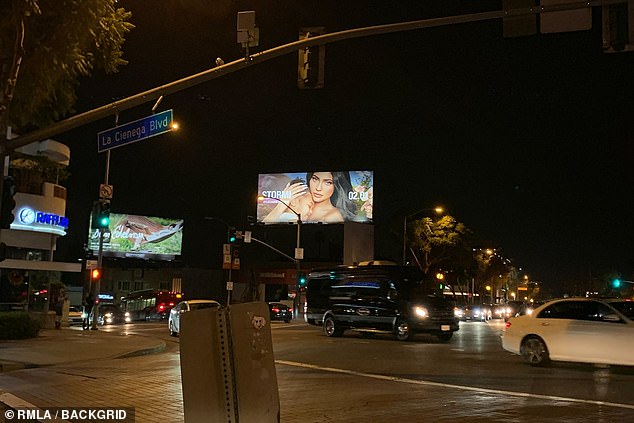 Prime spot: The billboard will definitely be getting a lot of attention, as it’s located in a highly visited area of West Hollywood 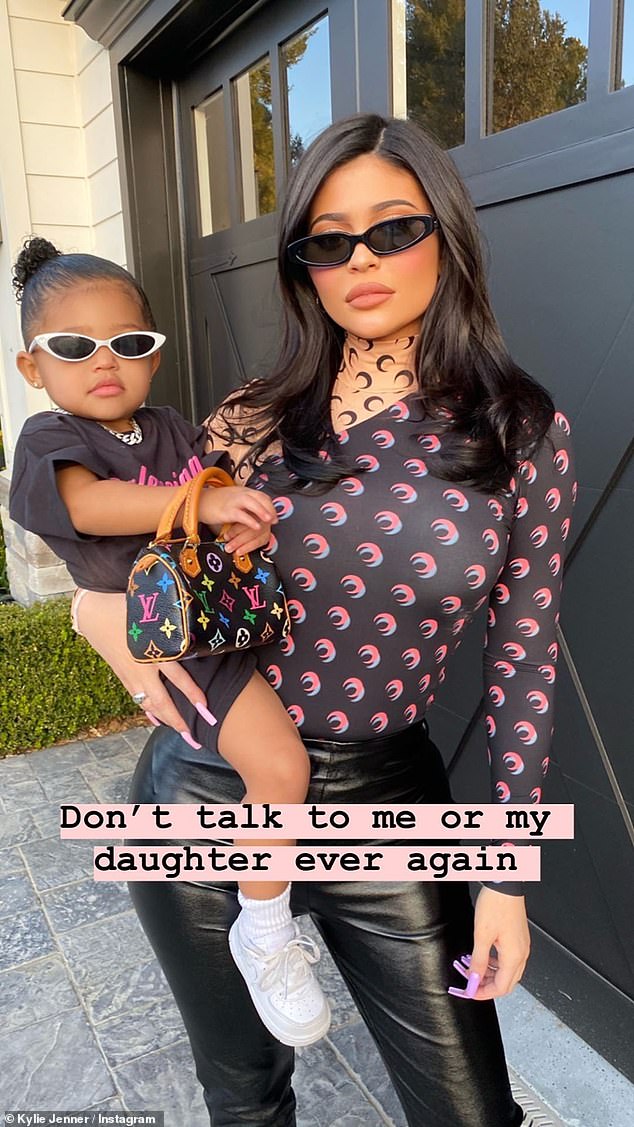 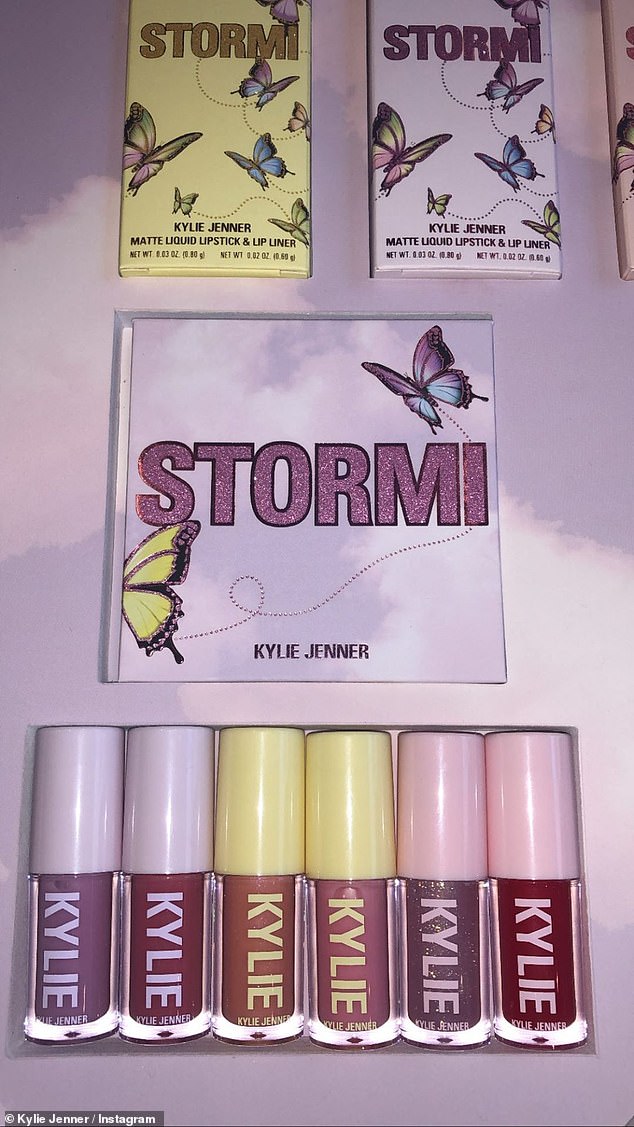 The collection, which will be released on Stormi’s birthday on February 1, consists of lip gloss, eye shadow, lip stick and lip liner.

‘I think I’ve been waiting for this moment since the day i found out i was pregnant,’ Kylie wrote as she announced the collection.

‘An entire collection by @kyliecosmetics dedicated to my beautiful daughter… i can’t wait for the reveal!!!! You will fall in love. The Stormi Collection launches 2.1.20.’ 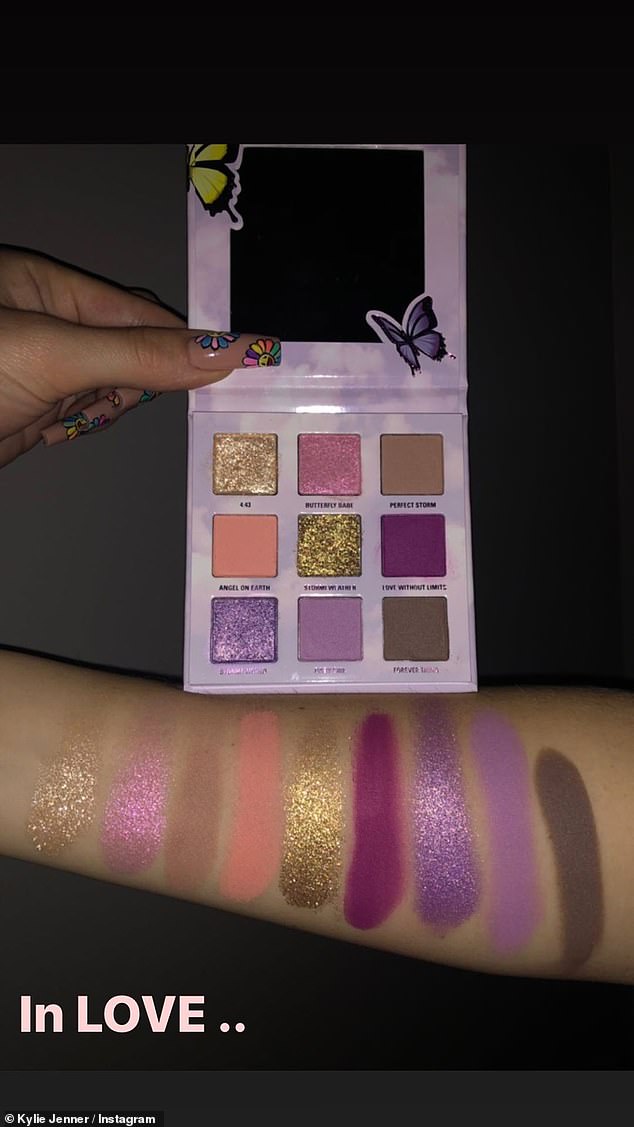 Spreading her wings: The range has a butterfly design package

Kylie spared no expense for her daughter’s first birthday and it looks like that will be the case for her second bash.

The billionaire is said to be putting together a top-secret soiree for her only child’s second birthday that will rival last year’s Stormi World, according to Hollywood Life.

An insider claims that Kylie is ‘being extremely secretive’ about her party plans but adds that those plans will include Travis Scott. 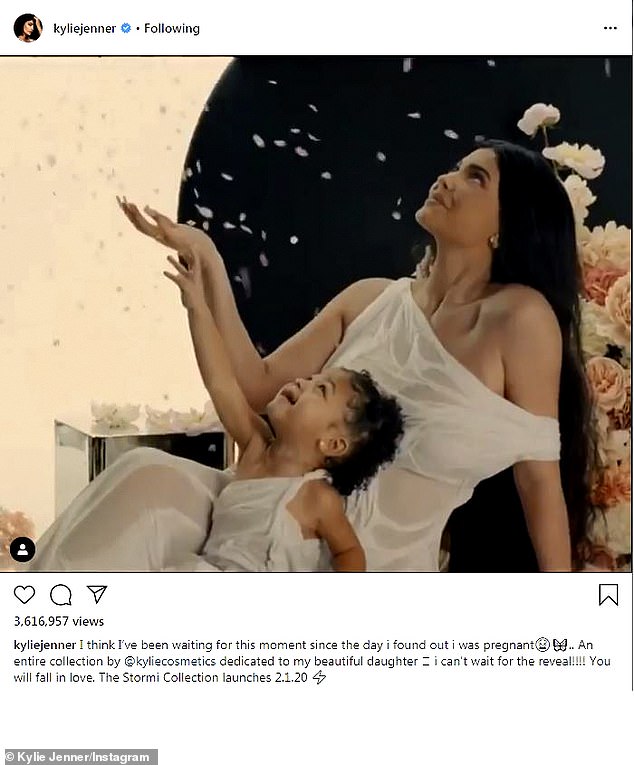 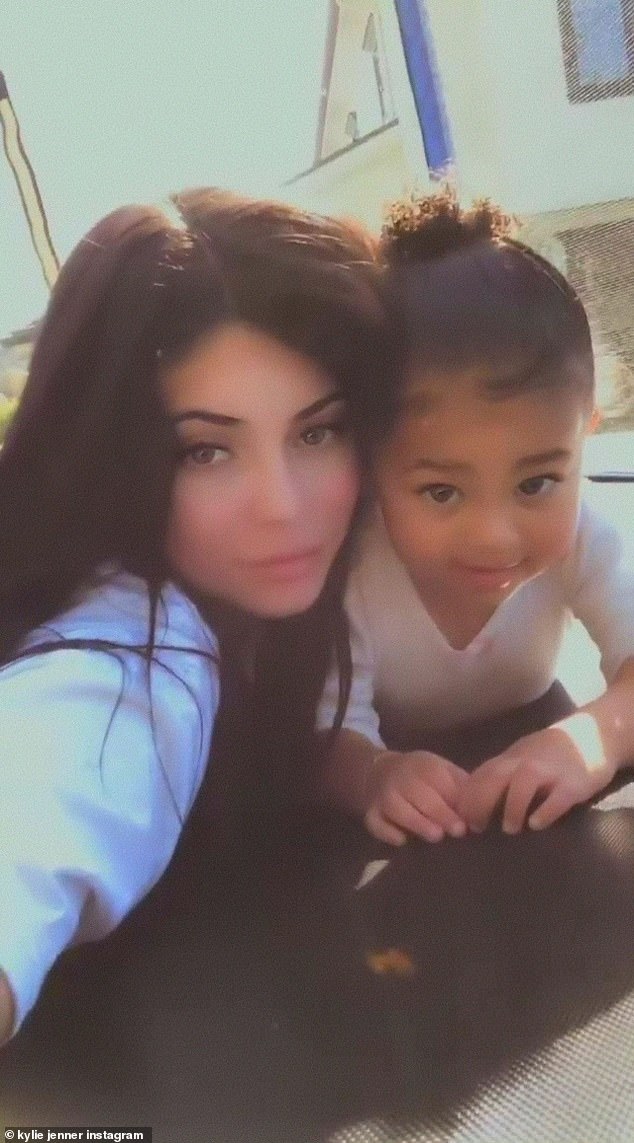 The apple of her eye: Jenner loves posting photos of her toddler on Instagram

The source told Hollywood Life: ‘[Everyone] knows it will be huge and over the top.’

‘She’s done a ton of meetings and is making sure every little detail is taken care of with the party planner,’ they continued.

‘She loves everything to be customized with colors, engraving, embellishments etc. Like any Kardashian party, no detail will be missed.’

The insider added that Kylie isn’t sharing the party details with anyone and ‘likes to keep it a surprise like the last party.’

Kylie welcomed Stormi into the world with her now ex-boyfriend Travis on February 1, 2018, following a super secretive pregnancy. 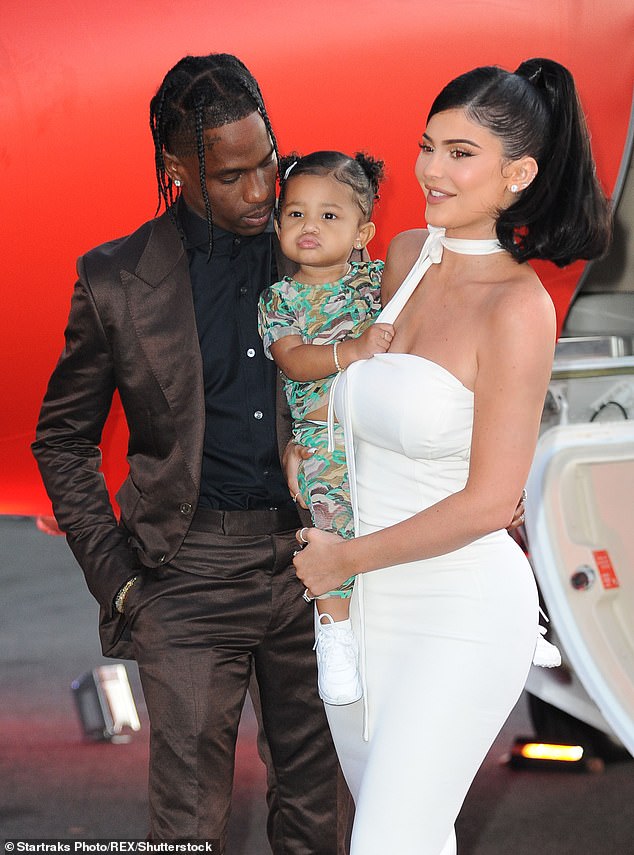 Oh baby! Kylie welcomed Stormi into the world with her now ex-boyfriend Travis on February 1, 2018, following a super secretive pregnancy