She reportedly spent time with Drake during their split.

Still Travis Scott wasn’t exactly happy to learn Kylie Jenner had been hanging out with the rapper, sources told People.

‘Travis was obviously never thrilled that Kylie hung out with other guys. He is very protective of Kylie,’ a source told the website. 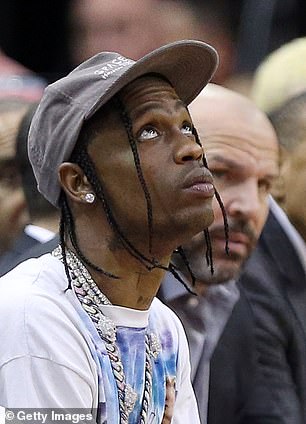 Back in November, it had been reported Kylie and Drake had been spending time ‘romantically’ following her split from Travis, according to People.

An insider for the publication said at the time: ‘He and Kylie have been spending time together recently.’

Now, Kylie has been at the center of reports she may be on the verge of rekindling her romance with Drake.

But it looks like she will be doing it at her own timeline.

A source told People that when Kylie ‘is ready to announce that they are back together, she will.’

The news of comes after Scott was seen on Kylie’s social media in a limo after Sunday’s Academy Awards, as they spent time with Kylie’s sisters Khloé and Kourtney Kardashian.

The Los Angeles-born makeup mogul ‘doesn’t want this public back-and-forth when it comes to her relationship with Travis,’ the father of her two-year-old daughter Stormi, following their parting in October after a two-year relationship. 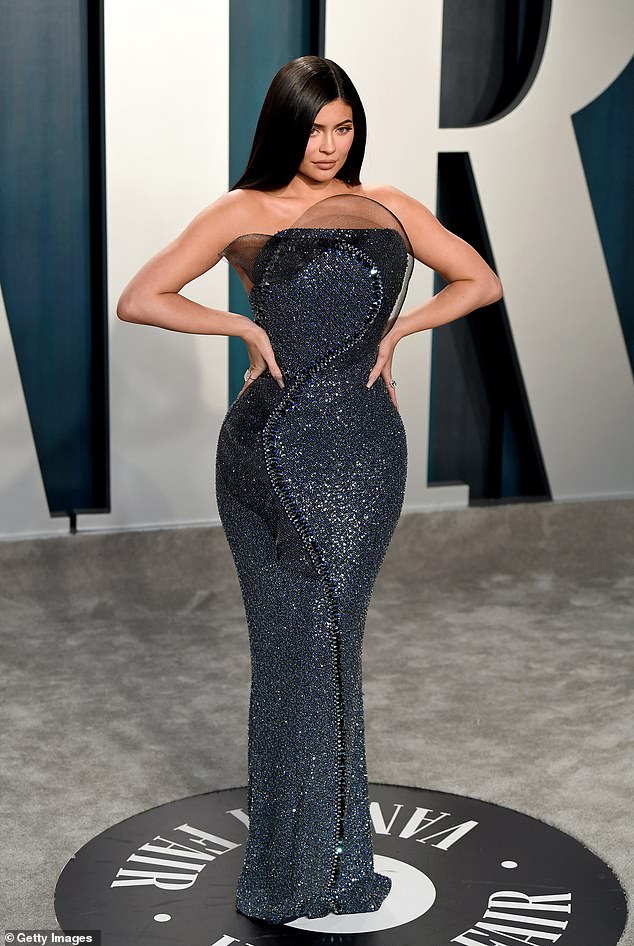 The Life of Kylie personality said in an October 3 tweet: ‘Travis and I are on great terms. Our main focus right now is Stormi. Our friendship and our daughter is priority.’

The source told People Tuesday that ‘for now, they are great and happy,’ as ‘they spend most days together with Stormi.’

A separate source told the outlet that Jenner and Scott – who were initially romantically linked in April of 2017, and welcomed Stormi February 1, 2018 – ‘are very happy,’ but ‘it seems too early to say that they are officially back together, though.’

Kylie, having ‘done very well’ in the past five months while single, and ‘doesn’t want the pressure to announce that they are back together until there is more of a commitment from Travis.’

The source added things are going well for the the pair and their toddler daughter, who has ‘both parents around as much as possible.’ 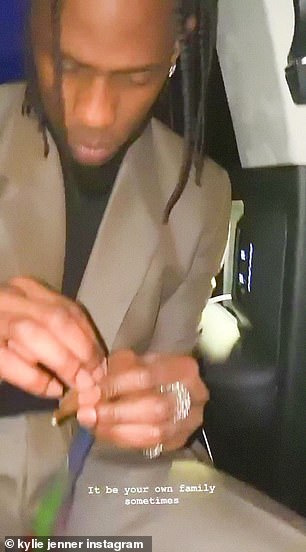 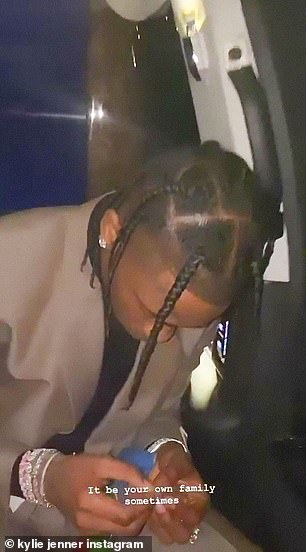 Reconnecting: Scott was seen on Kylie’s social media in a limo after Sunday’s Academy Awards, as they spent time with Kylie’s sisters Khloé and Kourtney Kardashian