Kylie Jenner is embracing life outside of lockdown, despite the fact Californians are still being advised to stay home, except to go to an essential job or to shop for essential needs.

On Sunday, the make-up mogul was pictured on a night out with sister Kendall Jenner‘s pal Fai Khadra, as they arrived at famed LA hot spot Bootsy Bellows, which was said to have been opened just for them.

The vaudeville-inspired venue – owned by actor David Arquette – has recently been closed due to COVID-19, but it appears it is now beginning to re-open its doors for some celebrity clientele.

What lockdown? Kylie Jenner links arms with her male pal Fai Khadra as they go to LA hot spot Bootsy Bellows which is said to have been opened just for them on Sunday night

Kylie also appeared to be ignoring social-distancing guidelines as she linked arms with her pal Fai, as they were seen walking into the club together, and were said to have stayed until 1:20am in the morning.

The Kylie Cosmetics star – who was recently stripped of her billionaire status by Forbes Magazine – showed off her incredible physique in an all-black outfit, and looked to be dressed up for a night of clubbing, despite the lockdown rules.

Palestinian model Fai, also in black, is known as being a close friend of Kylie’s sister Kendall, as well as Gigi Hadid and Selena Gomez. 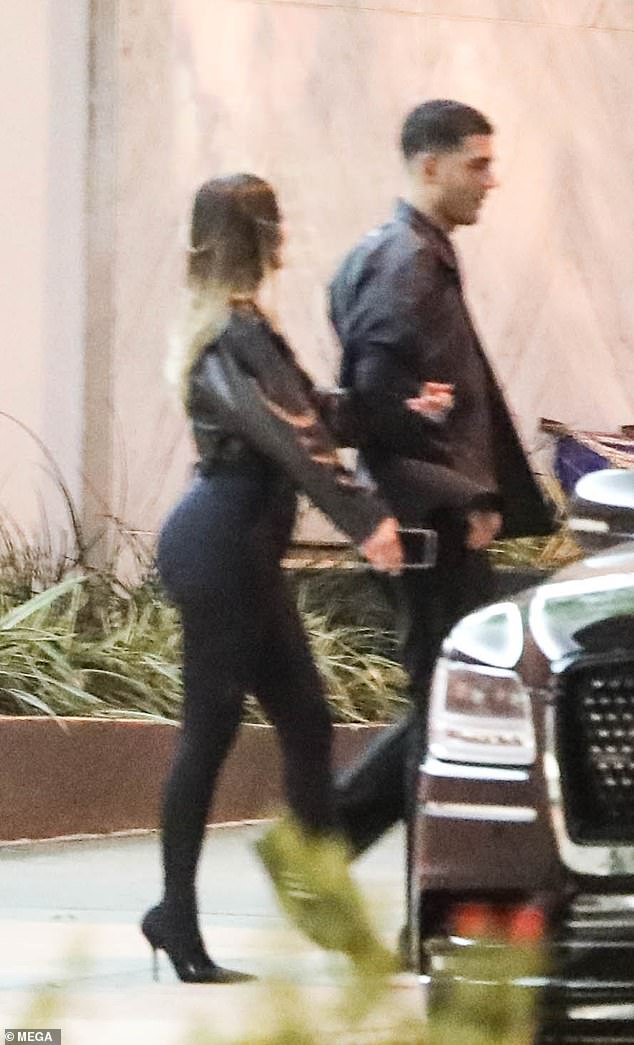 Night moves: The make-up mogul showed off her impressive physique while out and about 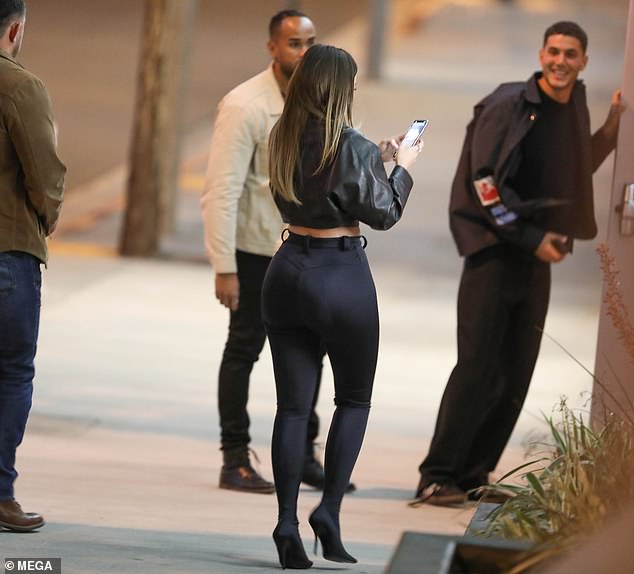 Round the back: Kylie and her pal appeared to be entering the side entrance of the club 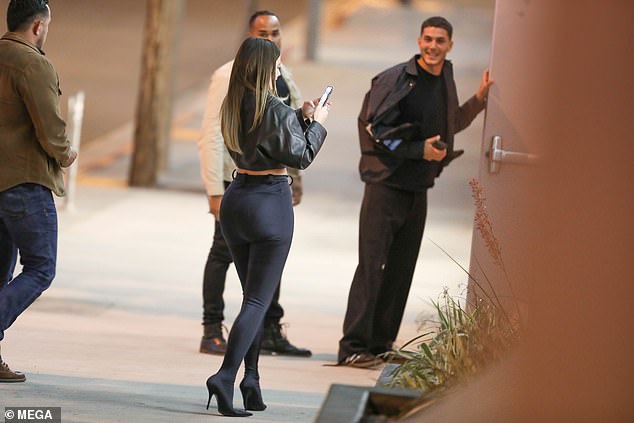 Private: The club is said to have been opened just for Kylie and her pal 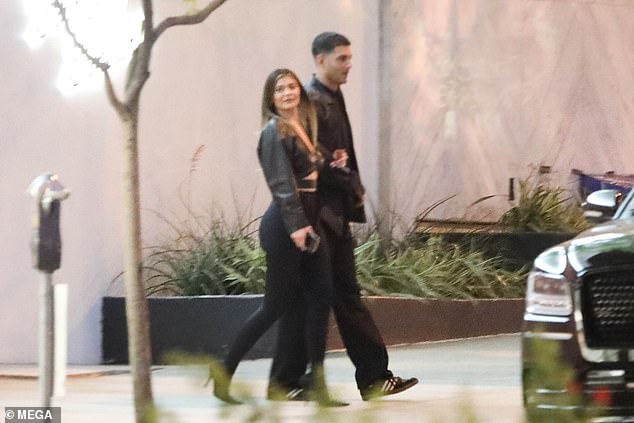 Linking up: Kylie and her pal stayed close together and appeared to ignore guidelines of social distancing

Earlier in the day, Kylie and her pal were pictured dining out in Malibu as they arrived for some food at celeb hot spot Nobu.

Kylie and Fai turned up in a flash sports car as they went to fuel up with food ahead of their night out on the town.

In April, Kylie was slammed on social media for breaking social distancing rules by inviting her best friend Stassie Karanikolaou, 22, over to hang out during quarantine. 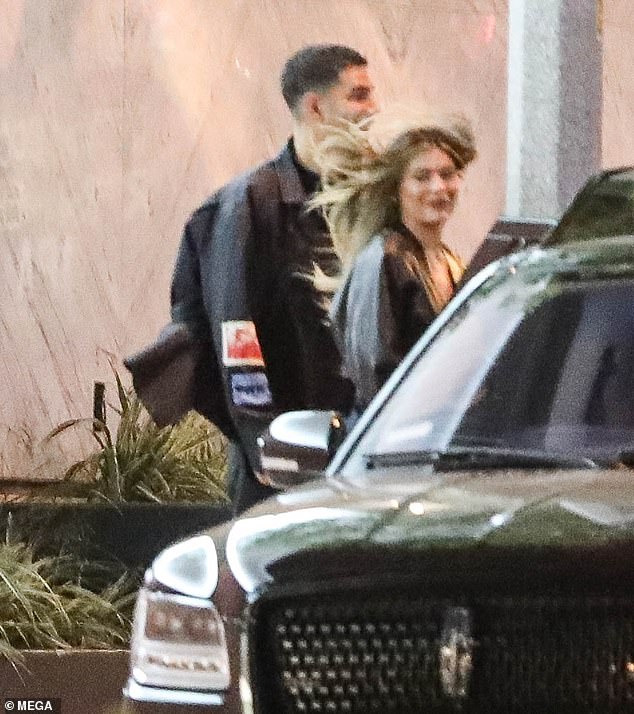 Getaway car: Kylie and her pal are said have been clubbing until 1:20am in the morning 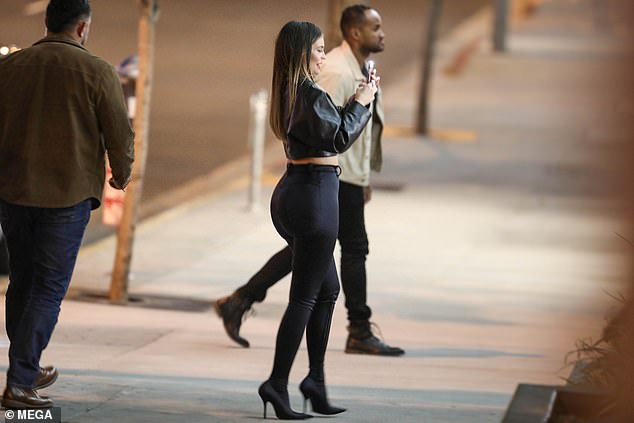 Getting on camera: Kylie was pictured filming with her phone, but her night out has yet to appear on her social media platforms 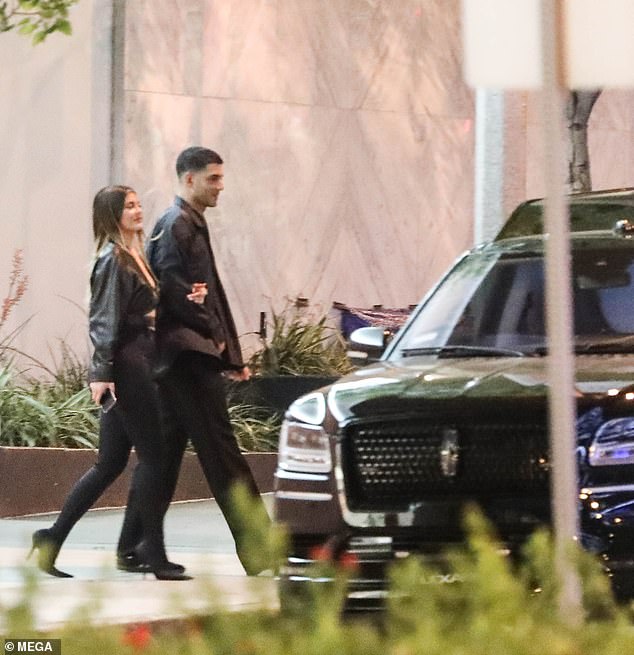 Fun night: Kylie appeared to be in good spirits as she left the venue with her male pal

The two shared several photos and videos of themselves laying out in the sun, shooting hoops, playing with Stormi, and dancing — and they promptly received backlash from critics who accused Kylie of flouting the rules, even as she has urged others to stay home.

Stassie visited Kylie at her $36.5 million Holmby Hills mansion, and the two spent quite a few hours together, documenting much of it on social media.

Kourtney Kardashian claims she is influencing mainstream: ‘I feel like finally people are listening’

Before that, Kylie had been reportedly ‘isolating’ at home with Stormi and Travis Scott, 27, with whom she has been rumored to be back together with. 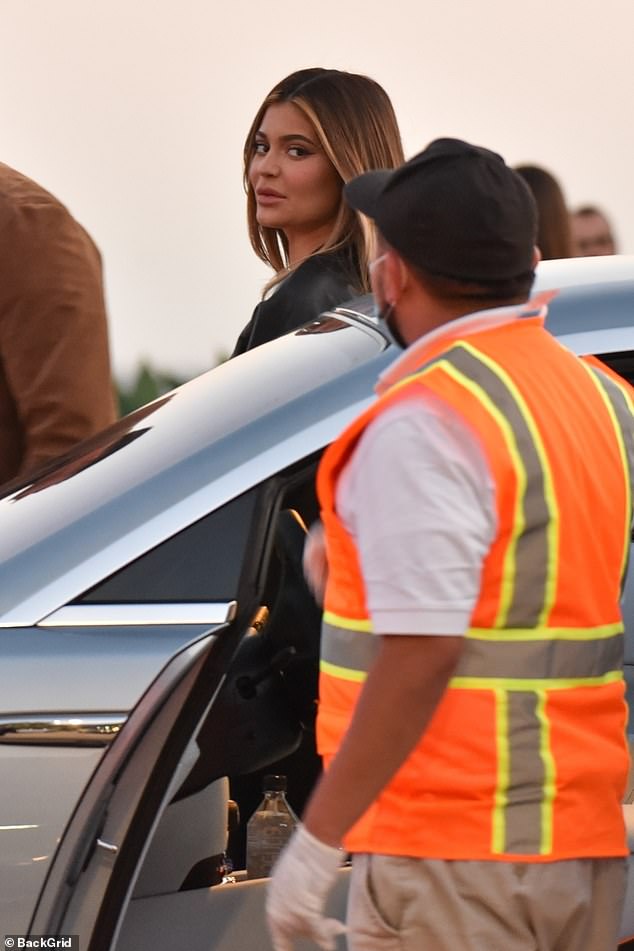 Making a day of it: Earlier on Sunday, Kylie was pictured at celeb hot spot Nobu in Malibu 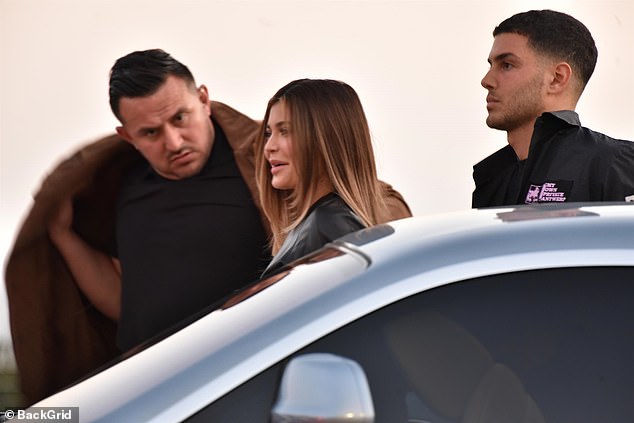 Day out: Kylie and her pal Fair were seen arriving in a flashy sports car 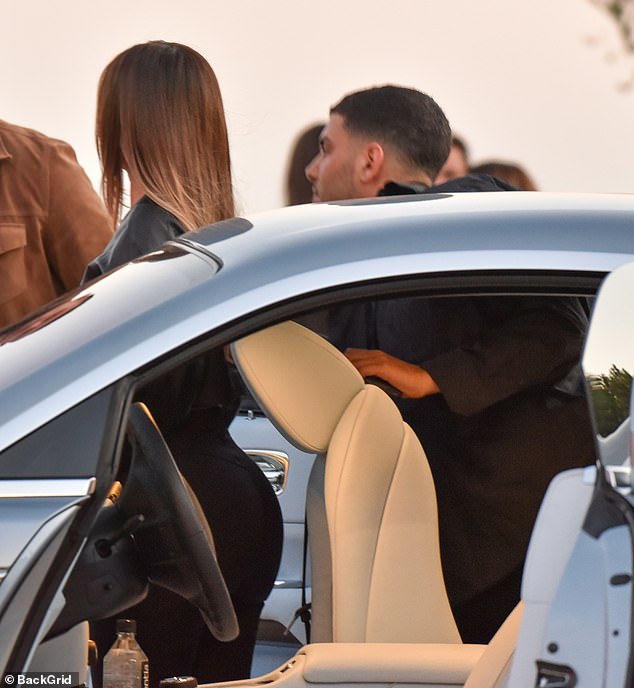 Fueling up: Kylie went for food ahead of her night out on the town 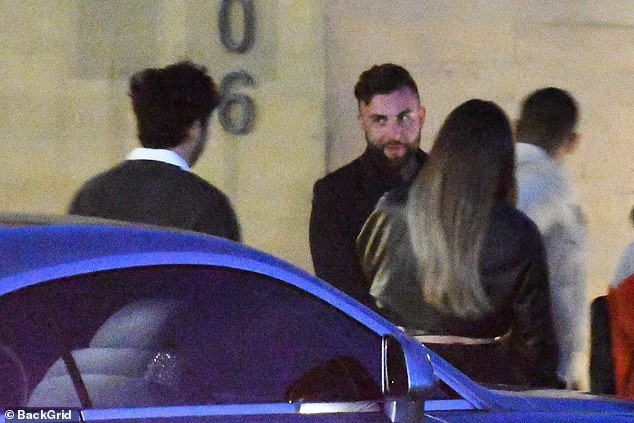 Arrival: The reality star is seen making her way into Nobu

Currently, all individuals living in the State of California are ordered to stay home or at their place of residence, except for permitted work, local shopping or other permitted errands, or as otherwise authorized.

In the last few months, Kylie has received criticism from fans online over her apparent rule-breaking.

‘Kylie didn’t even try to learn the dance also did they forget about social distancing??? [I guess] it doesn’t apply if ur a billionaire,’ wrote one disgruntled fan.

‘So everyone’s talking about kylie jenner making tik toks but not the fact that she just broke the rules of lockdown and randomly let her friend come into her house? great influence,’ said another, referencing the fact that Kylie herself has encouraged fans to stay home. 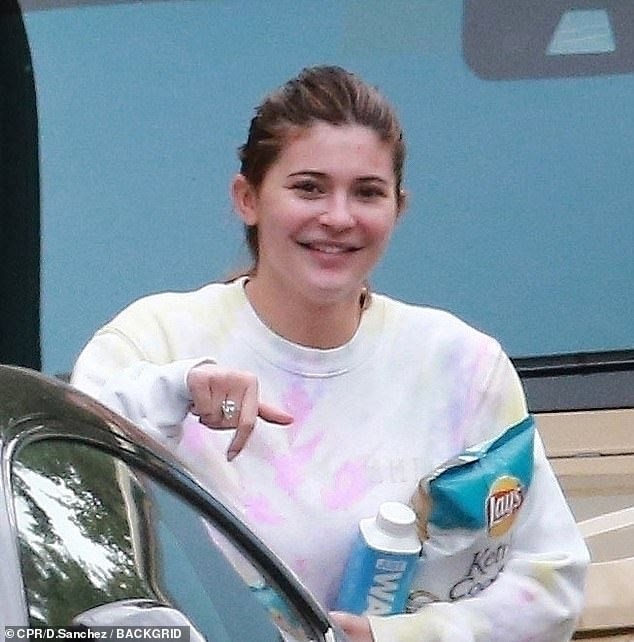 Criticized: Kylie, pictured above travelling between homes in April, despite urging her fans to stay home amid the coronavirus pandemic