Kylie Jenner is known for her bombshell figure.

And the 23-year-old makeup mogul was happy to flaunt her physique in a stripped back new Instagram post on Tuesday.

The youngest of the Kardashian/Jenner sisters oozed sex appeal as she spilled out of a tiny bra top wore with just a pair of boxers below.

Stone cold fox: Kylie Jenner looked seductive as she stripped down to a bra top and boxers in a sexy new Instagram post on Tuesday

Kylie raised her hands over her head, highlighting the definition of her toned abs as she posed against the stark, slate walls of her home.

Then, she raked her hands through long beachy extensions that flowed down past her hips.

The cosmetics queen was in full glam, rocking bedroom eyes and a full nude pout.

Keeping mysterious in the caption, the social media superstar wrote: ‘Everything & more.’ 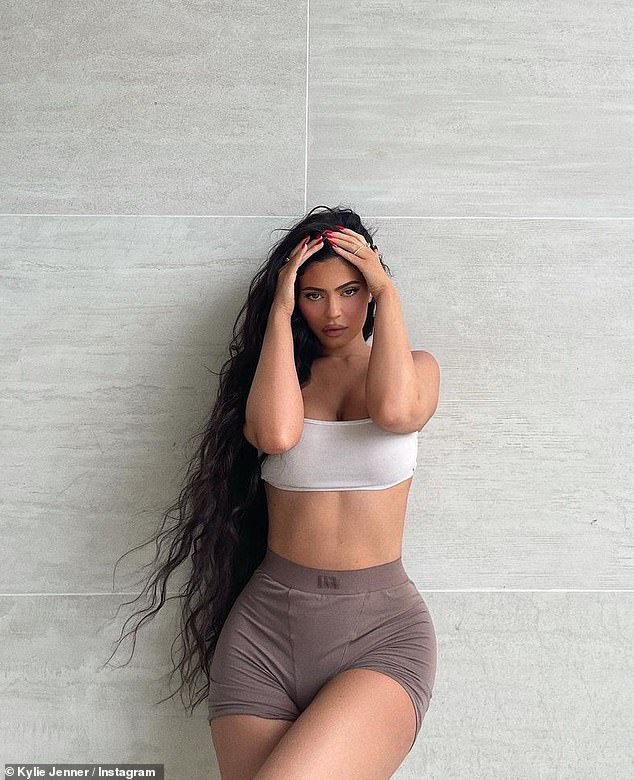 Abs-olute stunner: Kylie raised her hands, highlighting the definition of her toned abs as she posed against the stark, slate walls of her home 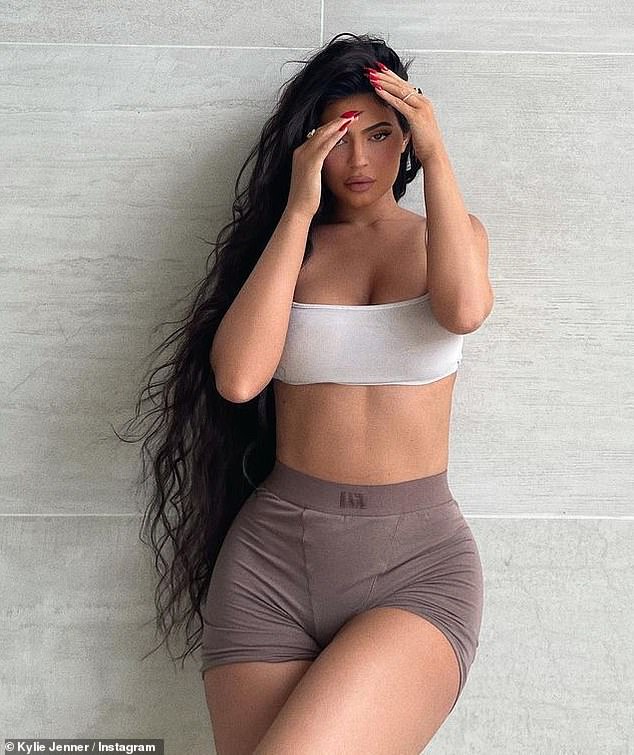 Beauty: The cosmetics queen was in full glam, rocking bedroom eyes and a full nude pout

And she gave fans a glimpse into her fitness routine as she shared a steamy workout selfie to her Instagram stories on Monday.

The reality superstar appeared in a sideways mirror shot, that cut off at her head and thighs to focus on just her core and curves.

Her ample derrière was featured in all of its curvy glory, sheathed in a high-waisted pair of tight heather gray workout shorts from Alo. 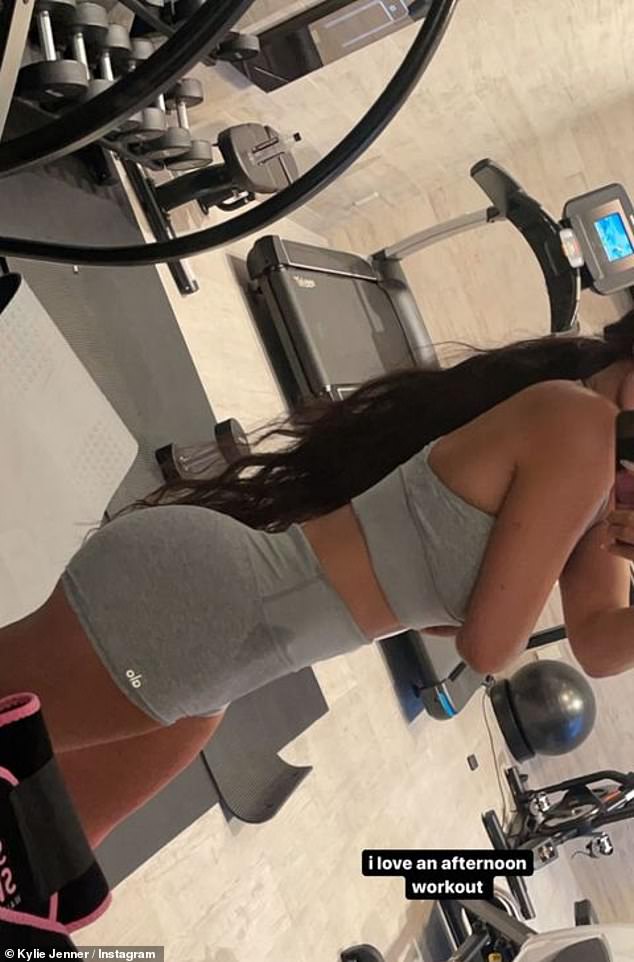 Getting her gym on: Jenner showed that keeping up her figure took work on Sunday, when she shared a steamy workout selfie to her Instagram stories

Making it clear she was working hard, a patch of sweat was seen on the front of her hip.

Kylie wore a matching sports bra top, with her bust partially covered by her upper arm.

Her endlessly long black wavy hair hung all the way down her back.

Jenner wrote over the snap, ‘I love an afternoon workout’. 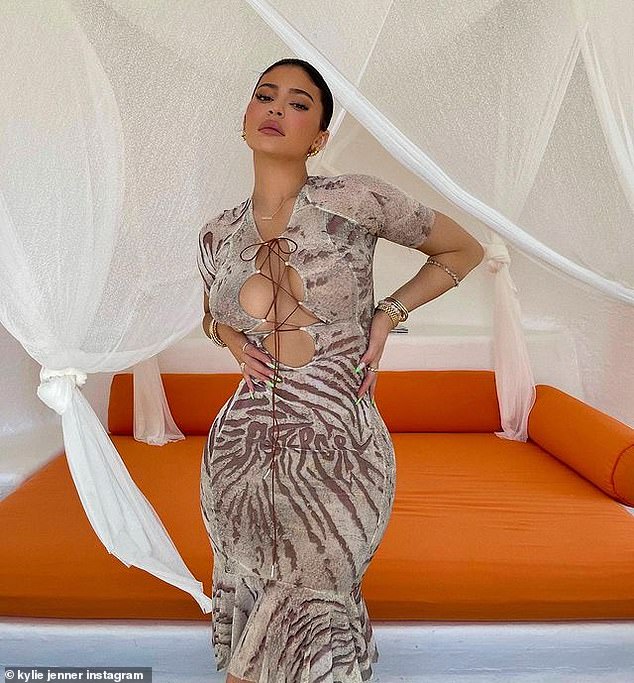