She was roasted on Twitter after sharing a photo of one of her showers with less-than-ideal water pressure earlier this week.

And Kylie Jenner sounded annoyed by the criticism as she tried to blast it away with her with high-tech shower in her multimillion-dollar mansion on Wednesday.

The 23-year-old Keeping Up With The Kardashians star shared videos to her Insta Stories of her home shower to demonstrate its power, though it wasn’t the same shower social media users had been poking fun at.

Setting the record straight: Kylie Jenner, 23, cleared up online criticisms about her shower’s low water pressure on Wednesday with a walk-through video

Kylie opened her video with a view of her home shower as she wished her 210 million followers a good morning.

‘I keep seeing on the internet my f***ing shower,’ Kylie said in exasperation.

The shower in the video was clearly not the one that had inspired ridicule, and she explained that the gray walk-in shower was her home shower, while the earlier photo was taken of the shower at her offices. 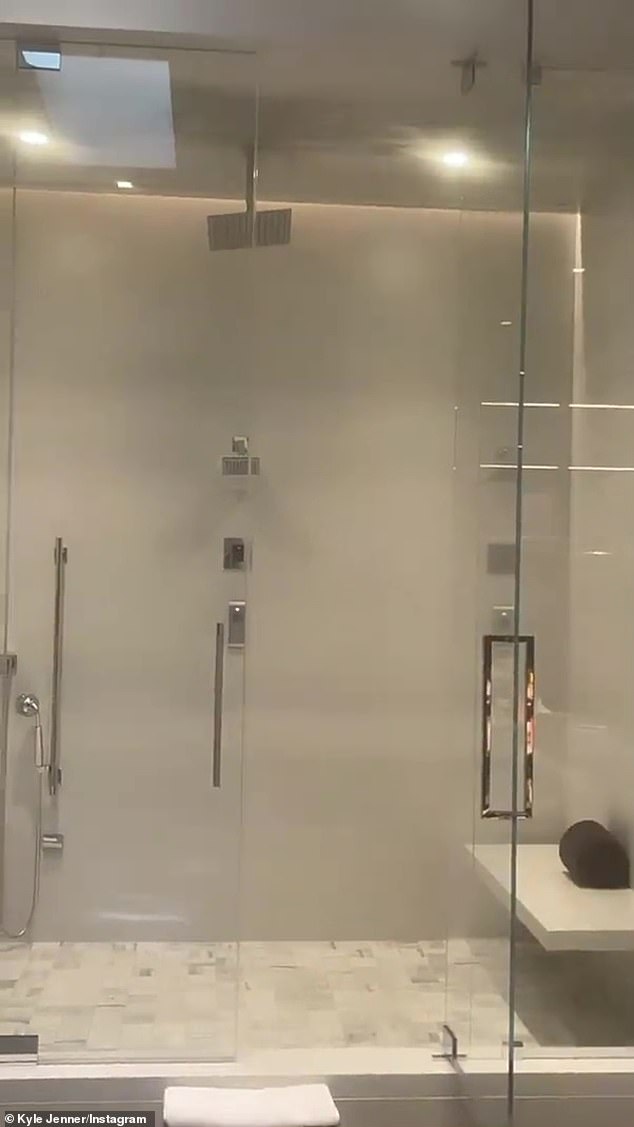 Stylish: Kylie opened her video with a view of her home shower, which had tastefully minimal gray walls and a mottle gray and off-white tiled flower 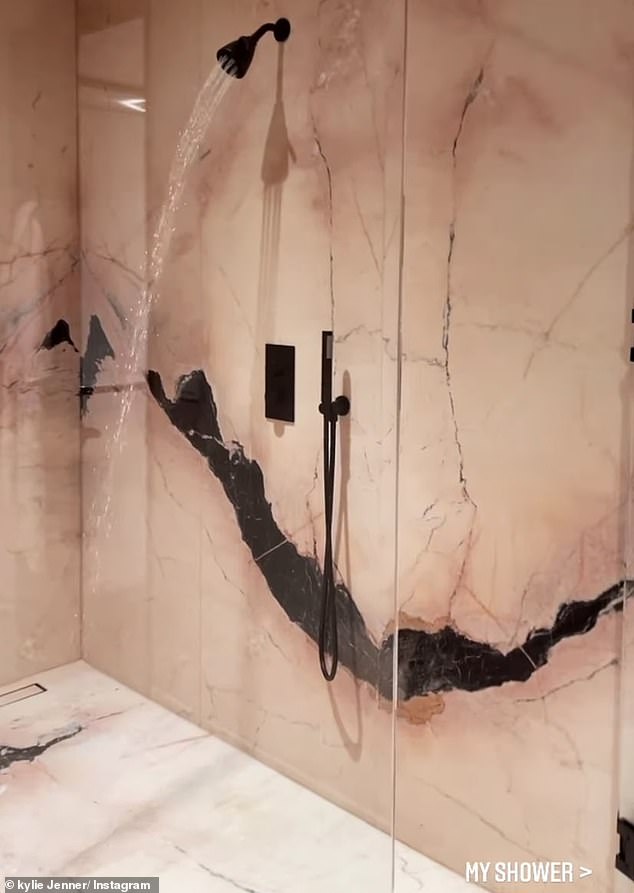 What a drip: The shower was clearly different from the one being made fun of online, which Kylie said was her office shower at her headquarters

‘I think it’s an amazing shower. I have no problem with it,’ she explained, adding, ‘But everyone seems to find my water pressure very concerning.’

Kylie continued: ‘So this is really my shower at my house. It’s amazing.’

She turned to the digital display that started the shower and set the exact water temperature, revealing that she preferred it set to 102 degrees Fahrenheit.

Once the water started streaming down, the faux billionaire put her hand under it to demonstrate how strong the pressure was.

‘It’s amazing. Thank you everyone for your concern,’ she added sarcastically while also apologizing for wasting water for the demonstration.

‘Happy I don’t even know what day it is!’ she said amid festivities from President Joe Biden’s inauguration ceremony in Washington, DC. 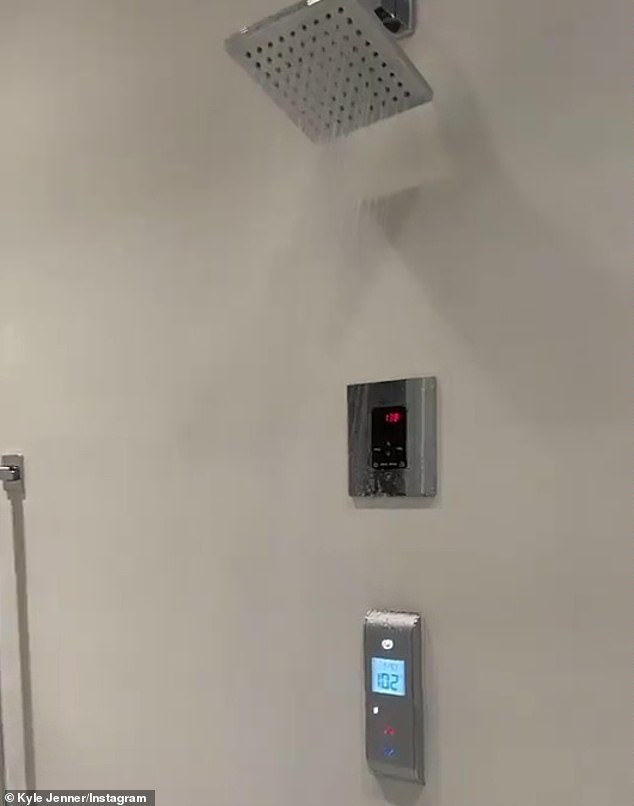 Space age: Kylie continued, ‘So this is really my shower at my house. It’s amazing.’ She showed the high-tech digital display that turns on the shower and selects the temperature 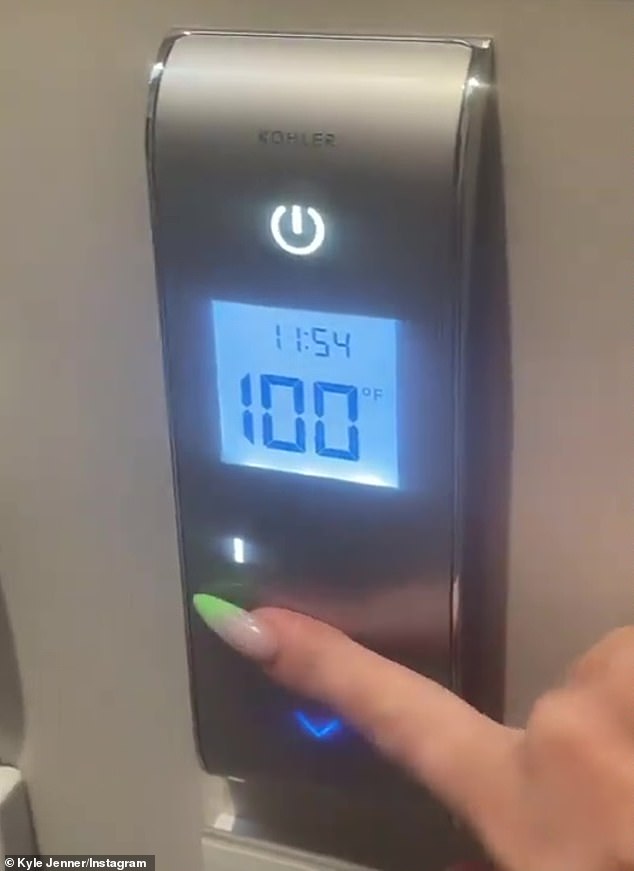 What a difference: She revealed that she prefers to set it to 102 degrees Fahrenheit and showed off the strong stream to prove her home water pressure was excellent

Although the reality star proved she had great water pressure at home, she didn’t address the criticisms of her office shower, aside from saying she was happy with it.

Fans lambasted her on Twitter after she shared the original image, which showed a drooping water stream coming from a small generic shower head.

‘Why is nobody talking about how s***e Kylie Jenner’ s shower is? The water pressure AND the size of the shower head. Someone get that gal a plumber pronto,’ read a representative tweet.

Others pointed out the multimillion dollar price of her mansion to poke fun at the water pressure, as they appeared to mistakenly believe it was her home shower.

Some critics also pointed out the contrast between the expensive pink marble walls and the poor pressure.

Kylie’s shower clarification comes as she has been sharing stunning images from her tropical getaway to Mexico in recent days. 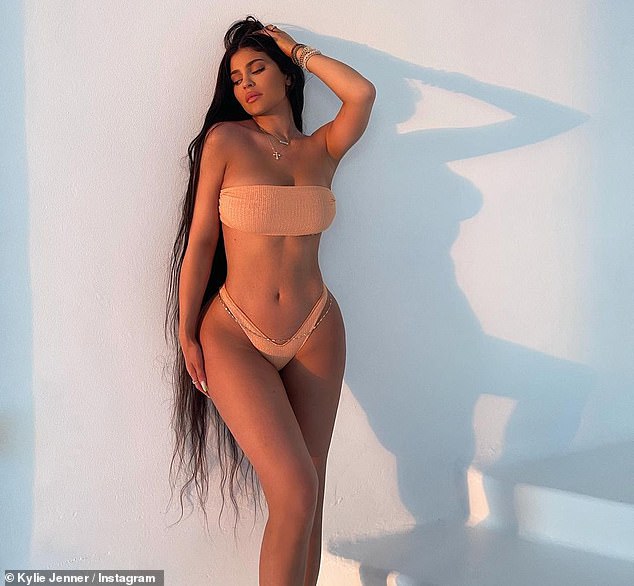 Back to reality: Kylie’s shower clarification comes as she has been sharing stunning images from her tropical getaway to Mexico in recent days 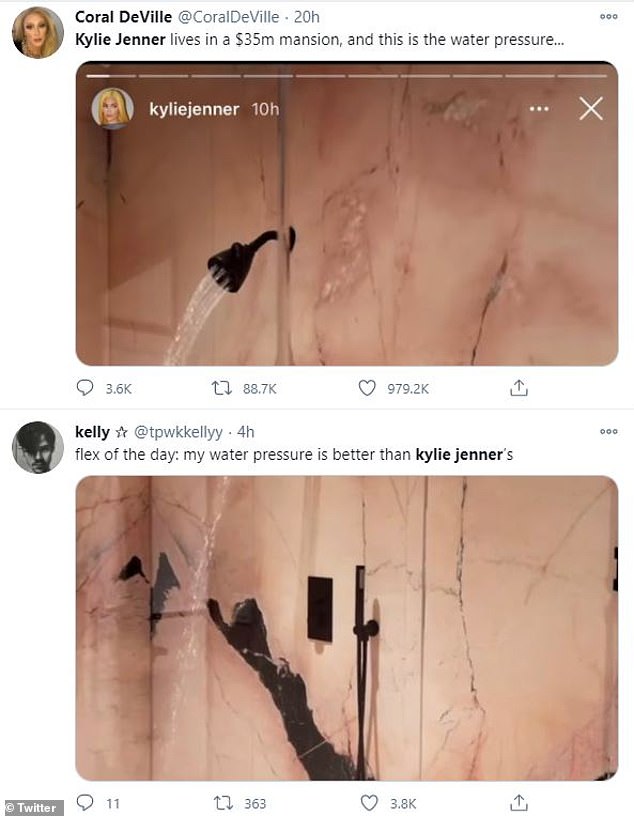 Wasted money: Some critics pointed out the multimillion dollar price of her mansion to poke fun at the water pressure, as they appeared to mistakenly believe it was her home shower 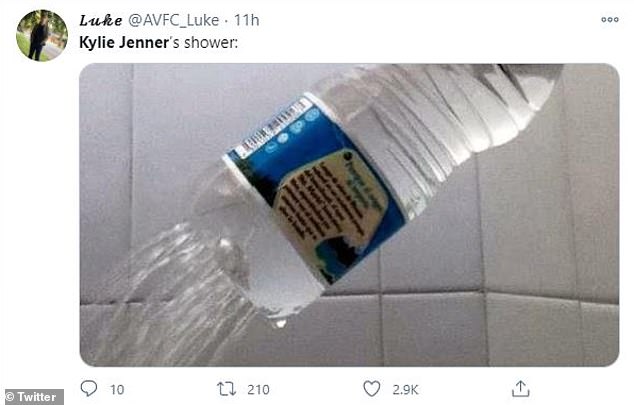 Close enough: One user joked that Kylie’s water pressure wasn’t much better than if she had just poked holes in a plastic water bottle