In the racy images the makeup-mogul is seen posing on a sheet outdoors leaving little to the imagination while wrapped in sheer blue fabric clinging to her curves.

‘playboy outtakes’: The 22-year-old captioned two sexy photos which show her pouting with her lips painted a vibrant red shade and her thick raven locks cascading down her back. 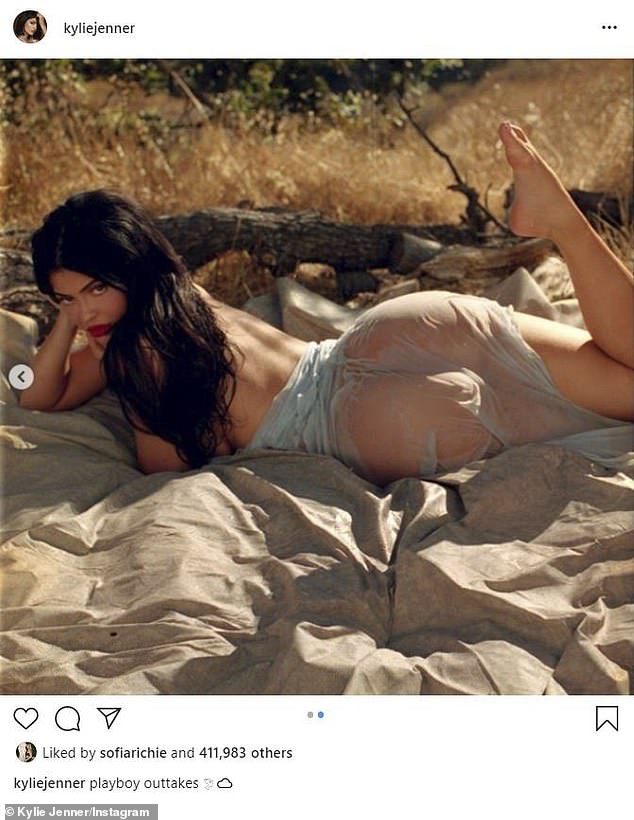 The images were creatively directed by her ex-boyfriend Travis Scott, 27, when they were still a couple.

Perhaps the mother-of-one was reminiscing about their romance – as it’s rumored the duo are close to getting back together.

In the accompanying interview for Kylie’s sexy shoot, the E! reality star bragged about how her sex life with her baby daddy was better than ever after the birth of their daughter Stormi.

A little over two weeks later the couple were reported to have split. 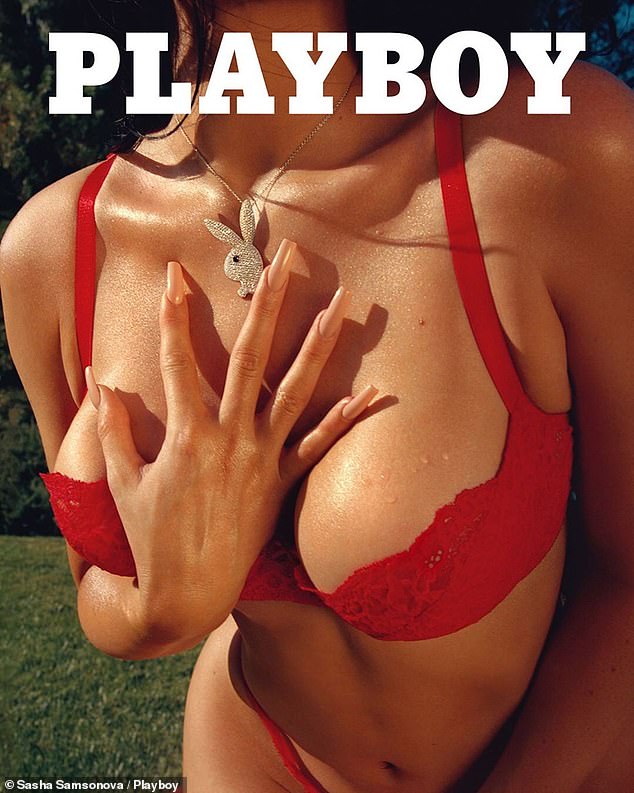 Steamy: In the accompanying interview for the magazine, Kylie bragged about how her sex life with her baby daddy was better than ever after the birth of their daughter Stormi

In a conversation with the Sicko Mode rapper, Kylie boasted: ‘A lot of people claim that having a baby can hurt your sex life, but I feel like that’s the opposite of our experience. Yeah, I feel like we’ve definitely proven that rumor to be wrong.

The duo now co-parent their daughter Stormi and Kylie opened up about their close bond in the new issue of Harper’s Bazaar. 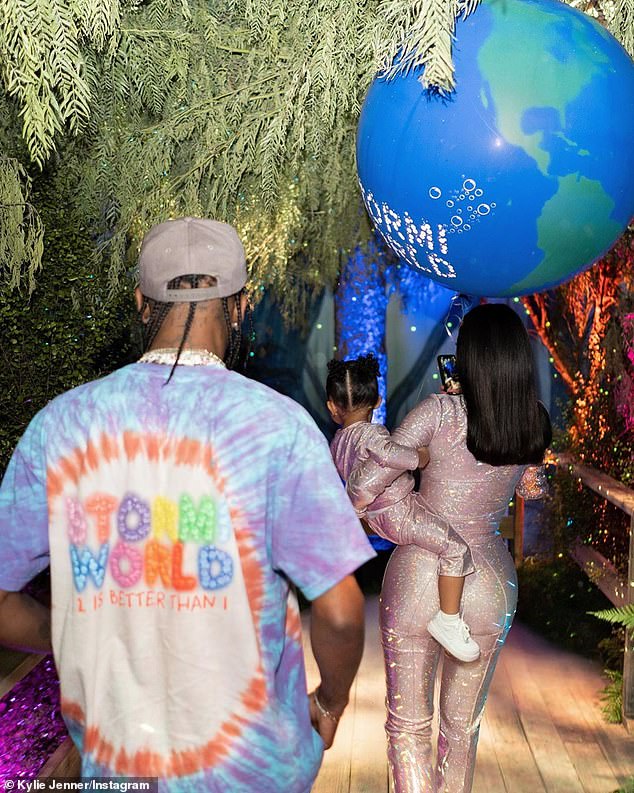 Family first: The stars stayed close during the duration of the bash and walked in together, with their sources saying they looked ‘into’ each other; during Stormi’s birthday party

‘We’re like best friends. We both love Stormi and want what’s best for her,’ she told the magazine.

Travis has been staying at their Beverly Hills home while Kylie lives in Hidden Hills; they see each other several times a week because of their daughter.

Kylie is determined to give daughter Stormi the same type of two-parent support she had growing up, telling Harper’s that her and Travis ‘have such a great relationship.’

‘We stay connected and coordinated. I think about [my parents] in situations with Stormi, what they would do. They were very hands-on with me, and I want the same for Stormi. ‘ 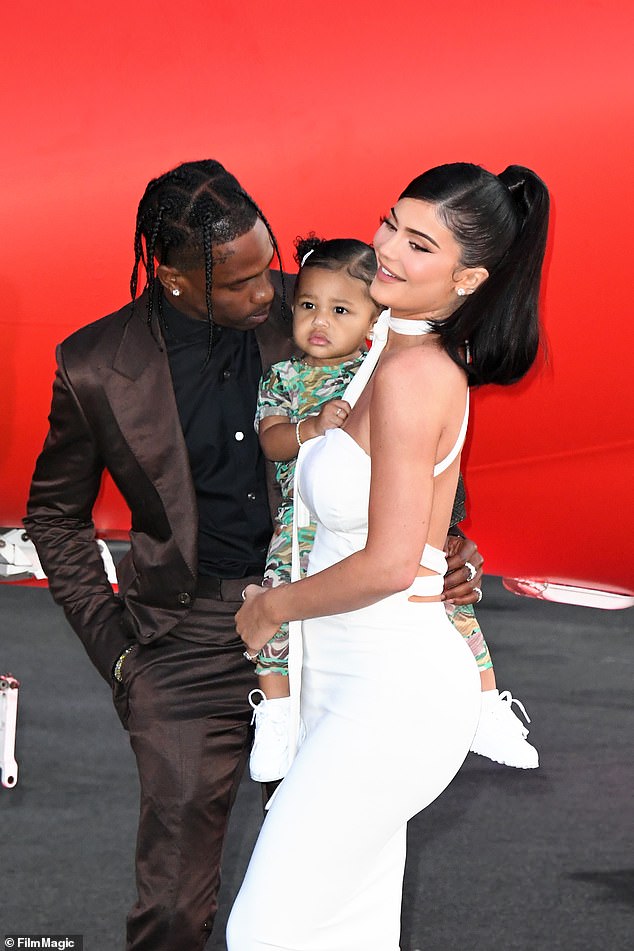 ‘We’re like best friends. We both love Stormi and want what’s best for her,’  Kylie told Harper’s Bazaar this month

The duo reportedly spent $500,000 on their toddler’s birthday party this month, TMZ reported. They are also rumored to be planning to reconcile.

‘They both truly still care about each other and there are strong feelings there,’ a source told E! Online.

‘It’s inevitable they will get back together. Everyone around them sees the love they share and thinks they should just give it another chance.’

Kylie and Travis split in October after dating for over two years; they were first spotted together in April 2017 at Coachella and her pregnancy was revealed in August of that same year.