Lizzo's FAT AGAIN – Put Back ALL The Weight She Lost PLUS MORE!!

One day after playing dress up with cozy ex and baby daddy Travis Scott, Kylie Jenner couldn’t resist showing off their daughter Stormi doing some modeling of her own.

The cosmetics mogul took to Instagram on Sunday and shared a snap of her two-and-a-half year old little girl as she hurried away from the camera in an outdoor patio, presumably at their Los Angeles mansion.

Showing the love of a proud mother, Kylie simply captioned the photo with a simple red heart emoji.

Already fast becoming a fashionista in her own right, Stormi was decked out in a new custom outfit from high-end designer Chrome Hearts.

The outfit consisted of a white long-sleeved shirt with a pink version of the Chrome Hearts logo on upper left side and brown cargo pants covered in pink classic Chrome Hearts crosses.

The pants also included a custom leather tag inside the pants, which read ‘Stormi’ alongside the classic brand tag.

Her ensemble also included pink sneakers and her dark tresses pulled into a bun. 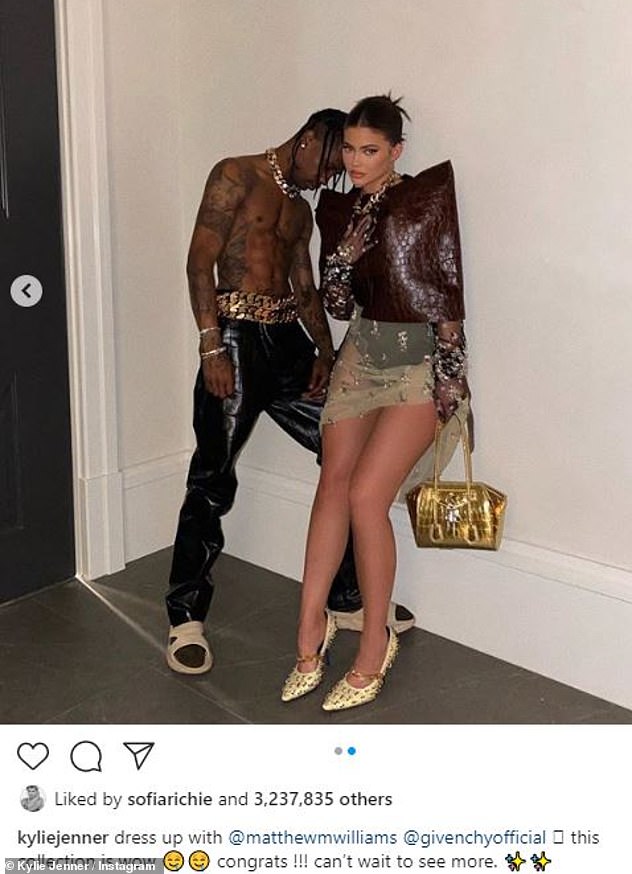 Ex appeal: Kylie Jenner, 23, and Travis Scott, 29, flirted up a storm on Saturday, when the pair posed for snaps on the makeup mogul’s Instagram page while playing ‘dress up’

On Saturday, Kylie and Travis flirted up a storm when they posed for a couple of photos she posted on Instagram dubbed, ‘dress up’.

The Keeping Up with the Kardashians mainstay set pulses racing in a sheer skirt worn with white heels.

She credited fashion house Givenchy and its creative director Matthew M Williams in the caption of the photos.

‘dress up with @matthewmwilliams @givenchyofficial this collection is wow congrats !!! can’t wait to see more,’ she wrote.

The reality star also wore a brown leather jacket, accessorized with heavy gold chains and a gold purse, and wore her raven tresses pulled back in a tight bun. 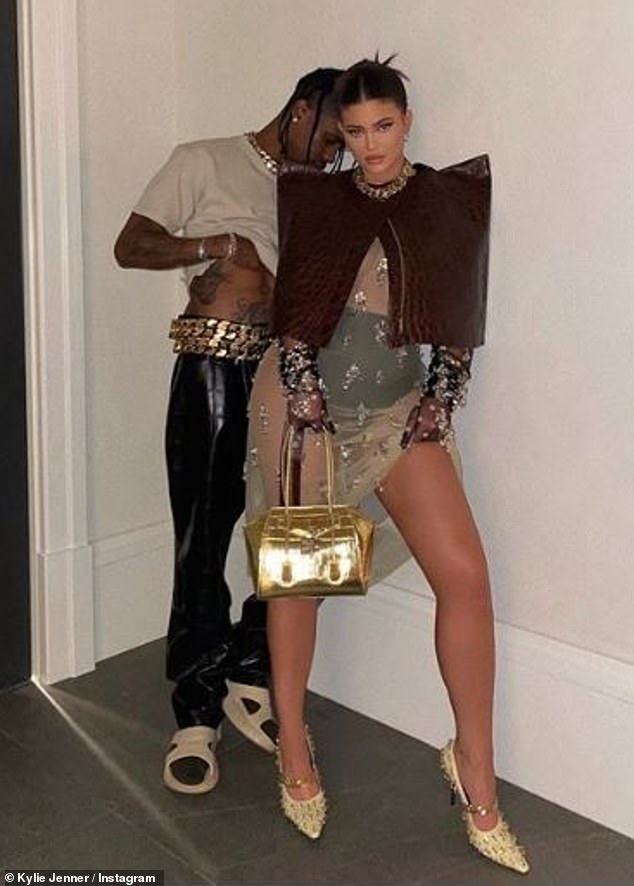 Peep show! The Keeping Up with the Kardashians mainstay set pulses racing in a sheer skirt worn with white heels

Kylie and Travis were first linked in 2017, follower her split from another rapper, Tyga.

They would go on tp welcome Stormi to the world in February 2018.

And despite their subsequent split in October 2019, a source told Us Weekly that the couple, ‘are coparenting amazingly right now and love spending time together with Stormi and making her happy.’ 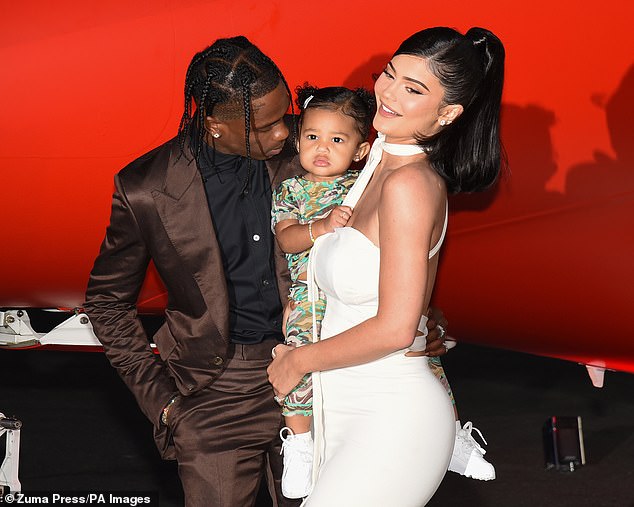 Their girl: Kylie and Travis were first linked in 2017, follower her split from another rapper, Tyga. They welcomed their first child, Stormi, now two-years-old, in February 2018. Seen here in 2019

During her downtime between KUWTK seasons, Kylie has been quarantining at home with Travis as they’ve worked on coparenting their daughter Stormi Webster.

On Tuesday, the same day that Kylie’s long-running reality TV series’ end was announced, she celebrated her impending freedom with a movie night out with Travis, Stormi and her mother Kris Jenner.

She shared a cute video of herself and the rapper trying to take a family photo with their daughter before heading to a massive IMAX theater that was sparsely filled. 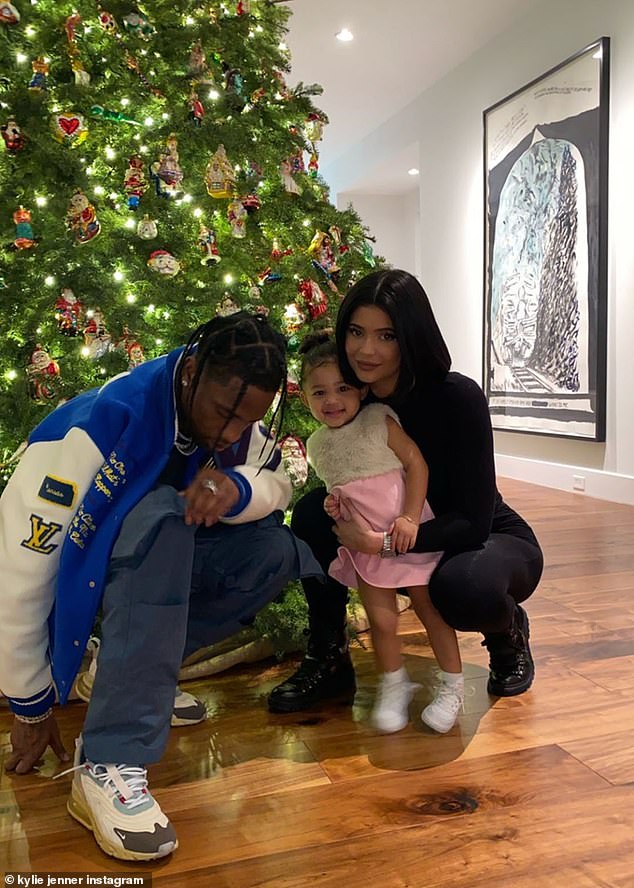 Home time: During her downtime between KUWTK seasons, Kylie has been quarantining at home with her ex Travis as they’ve worked on coparenting their daughter Stormi