She welcomed her longed-for first child back in February 2018.

The reality star, 22, who shares Stormi with ex Travis Scott, 27, showed off her baby bump as she posed in a black crop-top, with her manicured hand resting on her growing stomach.

Kylie – who appeared to be around six months pregnant in the snap – paired the top with plum joggers.

Her raven locks were styled sleek and straight with the make-up mogul sporting her signature glamorous palette of make-up.

Kylie captioned the snap: ‘Throwback pregnant with my baby girl. I can’t believe my daughter will be two soon’ – with the snap liked by more than 8million followers.

The star has recently been busy planning her daughter’s second birthday party. 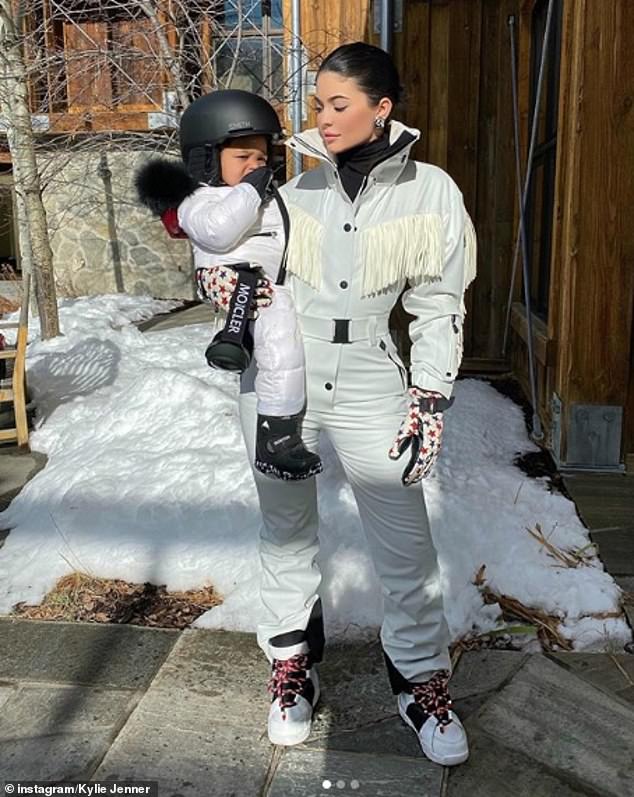 Present day: The reality star, 22, posed up with her adorable toddler during a skiing trip in November

She took to her story with paper work from Mindy Weiss Party Consultants, labeled ‘Stormiworld 2’ with an event date of February 1, Stormi’s birthday.

Along with ex Travis Kylie threw a Stormiworld party last year for her first birthday, inspired by dad’s album Astroworld.

They spared no expense for the event, renting carnival rides and even dropping a line of Stormiworld merch through the Astroworld brand.

The single mother split from daughter Travis in October after a whirlwind 18 months in which they met, welcomed a child and separated.

Reflection: The star was reflecting on Stormi’s upcoming milestone birthday

She largely kept out of the limelight during her pregnancy and officially confirmed it on February 4 after giving birth.

The beauty announced the birth of her baby on Super Bowl Sunday 2018 with an 11-minute tell-all video where she revealed her bump for the first time.

In her video, Kylie was quite candid and explained her reasons for keeping the pregnancy private.

‘My pregnancy was one I chose not to do in front of the world. I knew for myself I needed to prepare for this role of a lifetime in the most positive, stress free, and healthy way I knew how,’ Kylie said in her video. 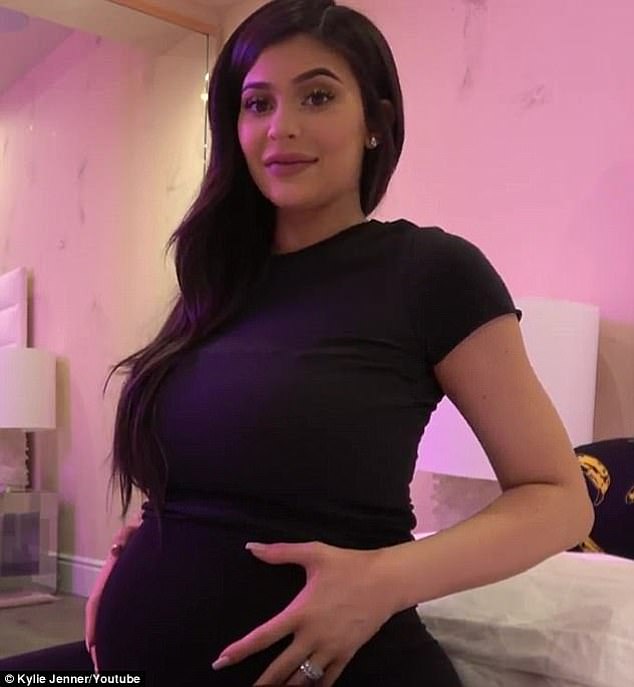 Secret: She largely kept out of the limelight during her pregnancy and officially confirmed it on February 4 2018 after giving birth

‘There was no gotcha moment, no big paid reveal I had planned. I knew my baby would feel every stress and every emotion so I chose to do it this way for my little life and our happiness.’

In December Travis revealed he and Kylie conceived Stormi after just three weeks of dating. 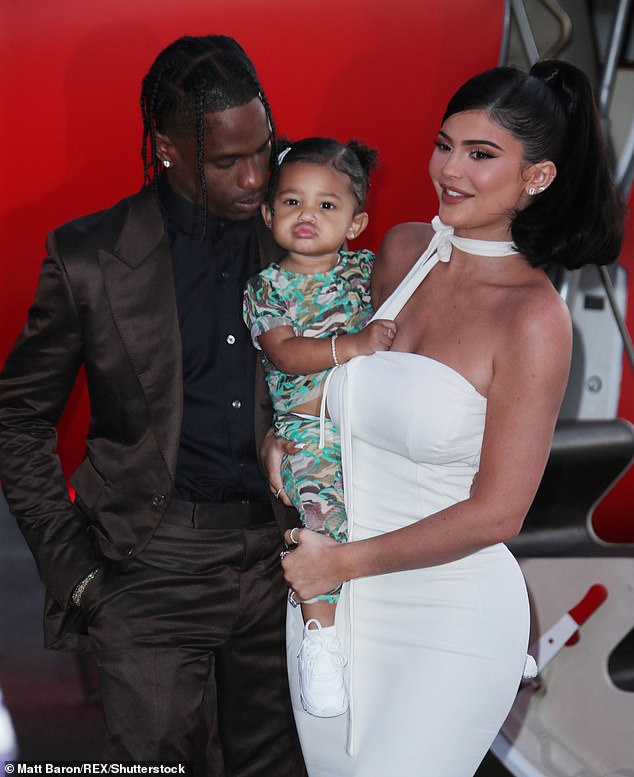