She never shies away from a fashionable entrance.

And Kylie Jenner‘s bestie Anastasia ‘Stassie Baby’ Karanikolaou did just that when she arrived for the Republic Records Grammy after-party on Sunday evening.

Wild side: Kylie Jenner’s BFF, Stassie Baby, brought out her inner animal on Sunday evening when she attended the Republic Records Grammy after-party in Los Angeles

Stassie’s dress featured tiger stripes and was of a full length and long sleeved design.

The beauty completed the look with a pair of black strappy heels that showed off her perfect pedicure that matched her white manicure.

Stassie opted to style her blonde tresses out straight and sleek while focusing on a dewy makeup look. 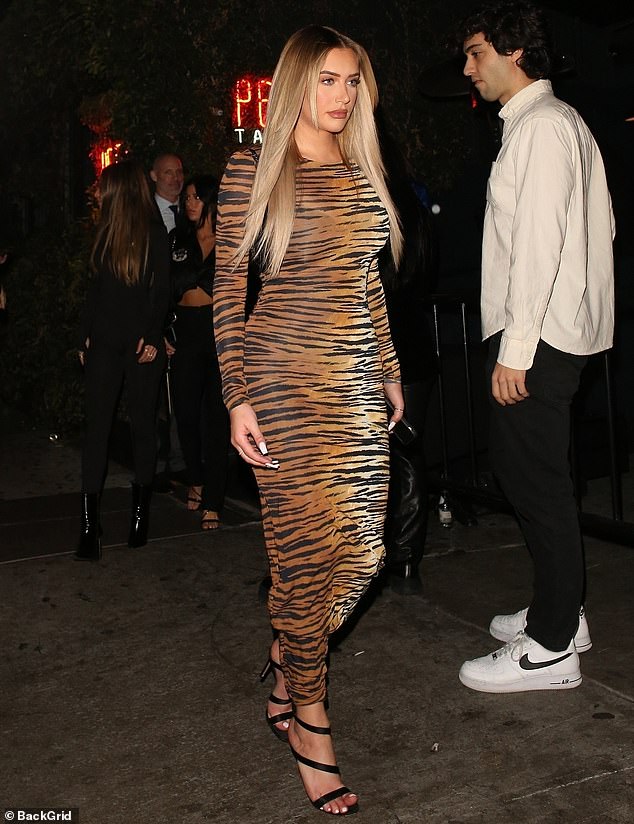 Gorgeous: Stassie’s dress featured tiger stripes and was of a full length and long sleeved design and drew attention to her hour-glass physique 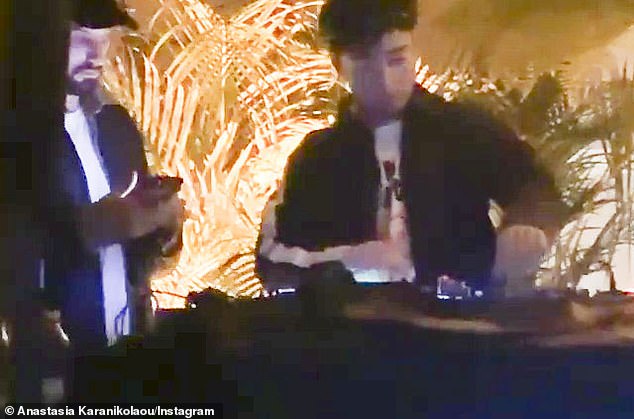 Crossing paths: Stassie shared a video of pal Zac Bia behind the decks during the event. The party had his ex-girlfriend, Madison Beer, also attend

The social media star opted to keep off the platform for the majority of the night, simply sharing a video of friend Zac Bia behind the DJ booth.

She tagged him with a set of love hearts. 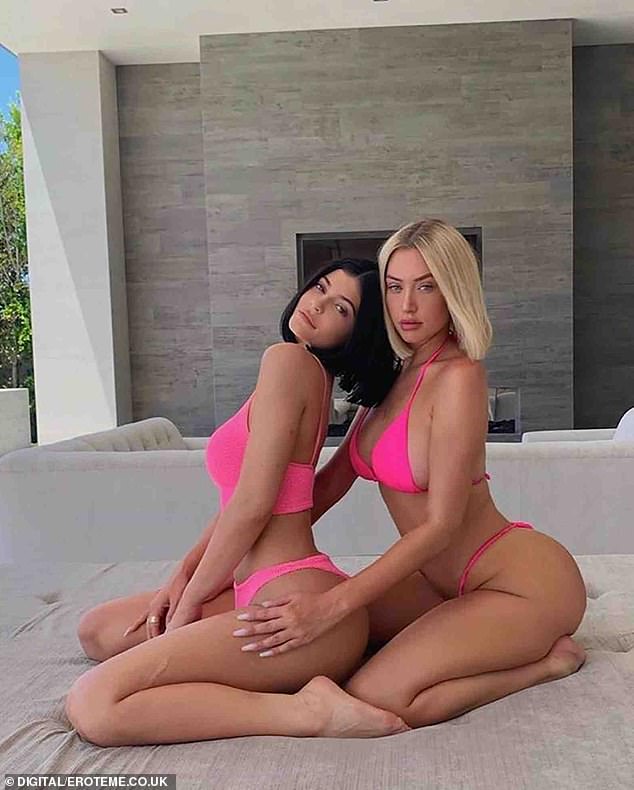 Recent times has seen Stassie very much step in as Kylie’s replacement BFF.

Keeping Up With The Kardashians teaser: Kim and Khloe om Kendall and Kylie Jenner fight

While the pair have been close friends for many years, their friendship has grown much stronger in the past 12 months following her fall-out with former BFF, Jordyn Woods.

Kylie and Jordyn were inseparable with the pal even living in the makeup mogul’s guest house.

However their friendship came to an abrupt halt in February 2019 after Jordyn was caught kissing Tristan Thompson at a party.

Cheating Tristan was the boyfriend and baby daddy of Khloe Kardashian – the elder sister of Kylie.