Benzino To Joyner Lucas: I Will F*ck You Up!!

The 23-year-old Instagram model has been posing up a storm in a variety of bikini looks on her tropical getaway, as she proves that island time is certainly for her.

On Monday Stassie shared photos of herself playing with pigs – which are native to the island – as she flashed her ample assets in a skimpy leopard bikini.

Bahama mama: Kylie Jenner’s BFF Anastasia ‘Stassie’ Karanikolaou, 23, shows off her killer curves in a skimpy leopard bikini while playing with pigs on a Bahamas getaway

Friends since their formidable years in elementary school, Stassie has taken center stage as Jenner’s number one pal since her fallout with Jordyn Woods.

Stepping into her own as of late, the curvy brunette has garnered quite the following on social media as she boasts nearly 10M followers and has her own YouTube channel.

Additionally she is a brand ambassador for Fashion Nova and Rihanna’s Savage X Fenty.

Putting on quite the eye-popping display while on vacation, Karanikolaou softly grinned as she pet a pig. 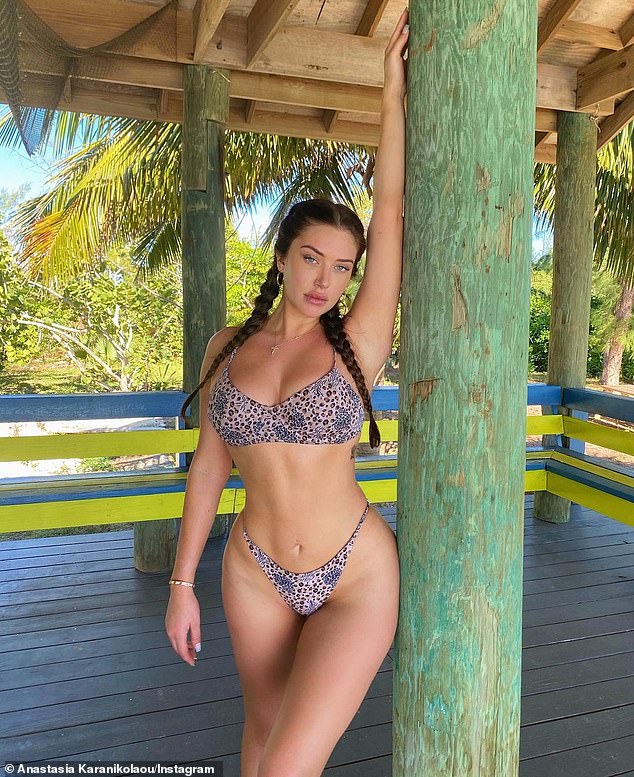 Island time: The Instagram model flashed her curves as she rang in the new year on an island in The Bahamas

Opting for a no fuss look she wore her hair in loose braids as she showed off her body in the high rise bikini.

She captioned the photo series, ‘bahama mama,’ as she looked blissful to be in paradise.

Karanikolaou joined a laundry list of influencers and celebrities who have fled Los Angeles for the holidays amid the raging pandemic.

With LA County currently in full lockdown mode, many privileged residents have taken their business elsewhere in the interim, despite a non-essential travel ban and a whopping 819,000 total cases. 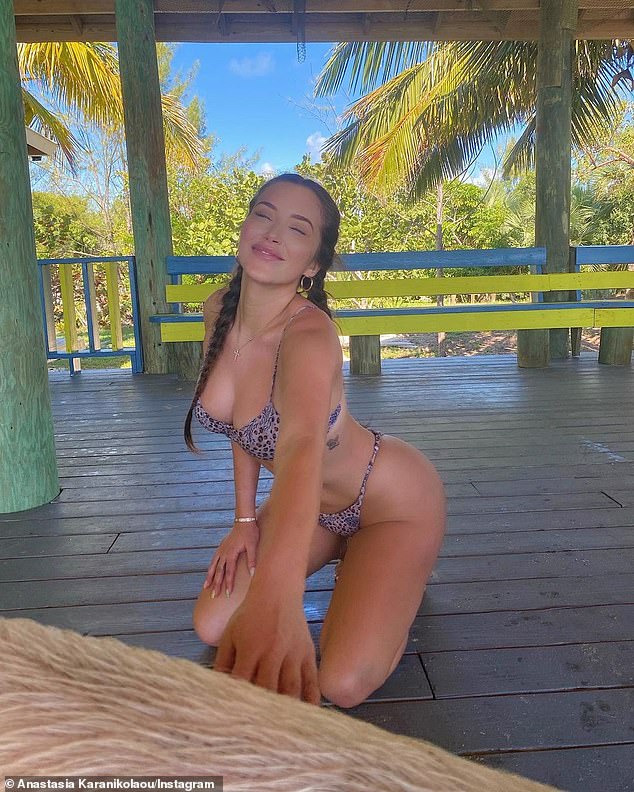 Tropical tan: She joined many privileged influencers who have fled Los Angeles amid the raging pandemic in favor of a tropical vacation

Like many islands, The Bahamas only allows travelers to visit if they can show proof of a negative COVID-19 test upon arrival.

Stassie was joined by good pal, model Sydney Carlson, and Jenner’s former assistant, Victoria Villarroel, on the journey as they got away on a girl’s trip.

The ladies soaked up some rays and shared glimpses of their enviable vacation as they flashed their bronzed bodies.

On January 2, the Fashion Nova influencer shared a photo series in a bright geometric set as she played up her holiday fashion. 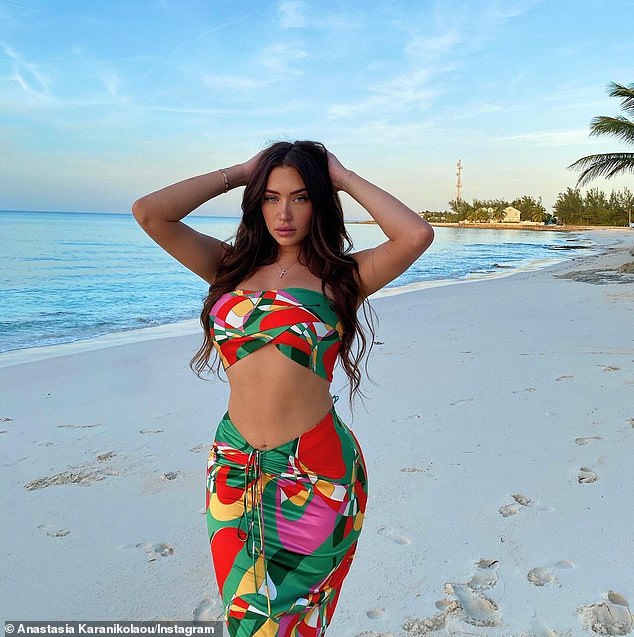 Vava voom: She flashed her toned tummy and curves in a tube top and skirt as she leaned into 2021; pictured January 2 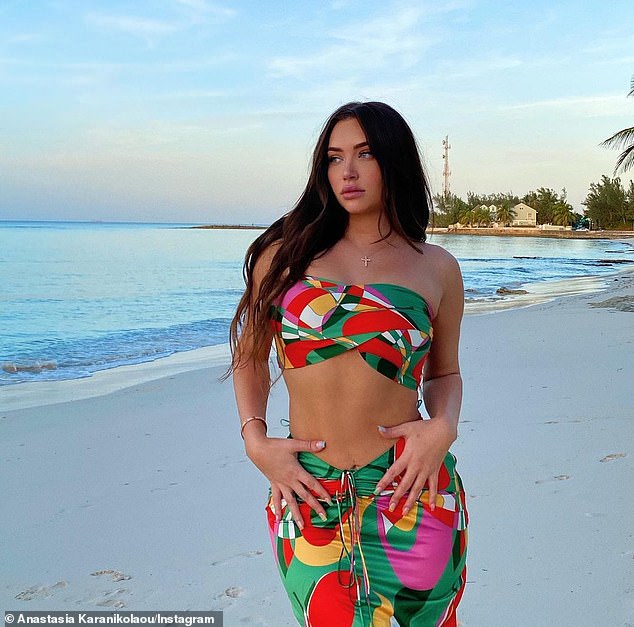 She playfully confessed, ‘still as bad as i was in 2020,’ as she showed off her killer curves.

Khloe Kardashian commented, ‘That’s right boo,’ as she affirmed her love for her sister’s friend.

Rumored beau Noah Centineo, 24, who is best known for his role in To All The Boys I’ve Loved Before, commented, ‘Just wait til 2022.’

The pair were first linked a bit before Halloween and seemed to confirm their romance on the holiday, as they were seen packing on the PDA at a party.

Furthermore, celebrity tea spilling account DeuxMoi posted an unverified rumor around the same time, that the two had eloped as a social media joke, but then freaked out when they realized it was actually legal. 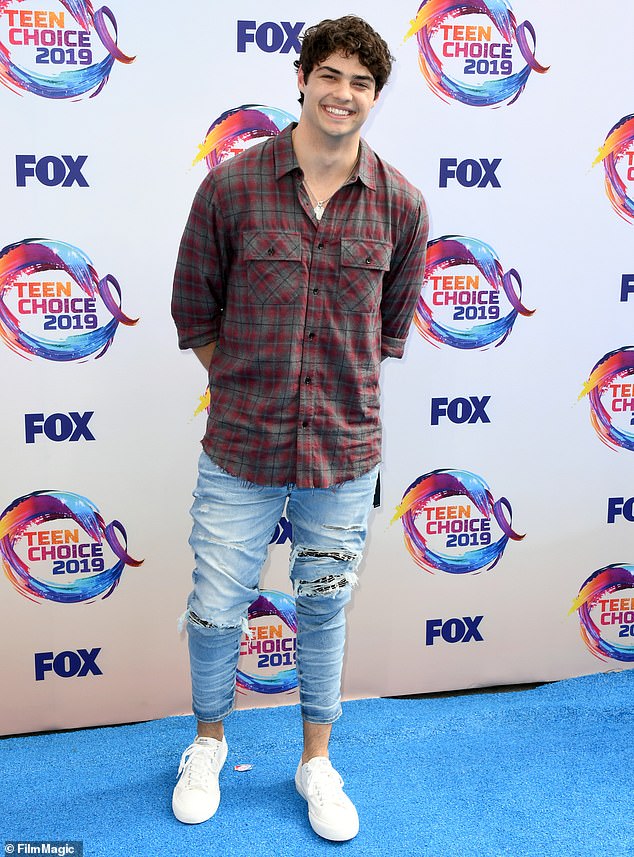 Rumored romance: The pair have been linked since Halloween where they were seen packing on the PDA at a party; pictured August 2019