Kylie who? Jordyn Woods shows off her own squad in sultry group photo with Lori Harvey and Normani

She got dumped from Kylie Jenner‘s circle of friends last year after getting entangled with Khloe Kardashian‘s ex Tristan Thompson.

But now Jordyn Woods looks like the leader of her very own pack.

The model, 22, proved she was far from lonely as she shared a steamy group selfie with famous friends Normani, Lori Harvey, and actress Ryan Destiny on Tuesday.

Inner circle: Jordyn Woods showed off her new group of friends in a sexy vacation selfie with Lori Harvey, Normani, and Ryan Destiny

Jordyn looked radiant in the photo, donning a brown tie-up bikini while flanked by her stunning friends.

To her left stood Lori, who showed off her curves in a skimpy Louis Vuitton triangle top.

The step daughter of Steve Harvey and new girlfriend of rapper Future topped her look off with a straw hat.

In the middle along with Woods was actress/singer Ryan Destiny, who donned a sexy white tube top and statement earrings. 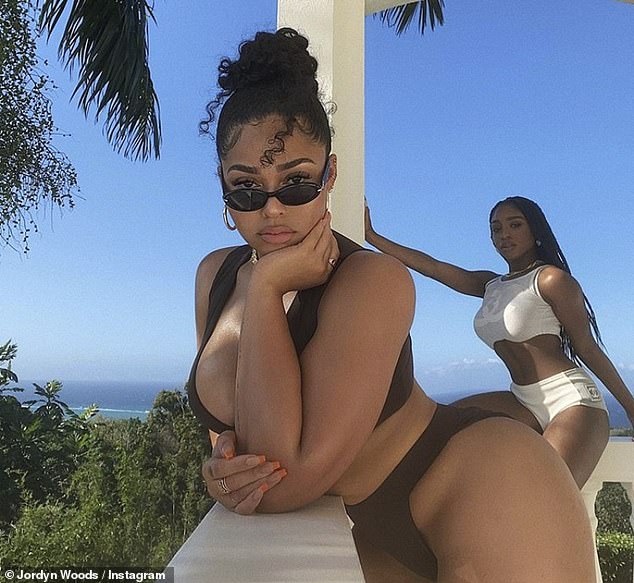 Girls trip: Yesterday Jordyn shared a similar selfie with just Normani. They were clad in the same sexy looks as the group photo 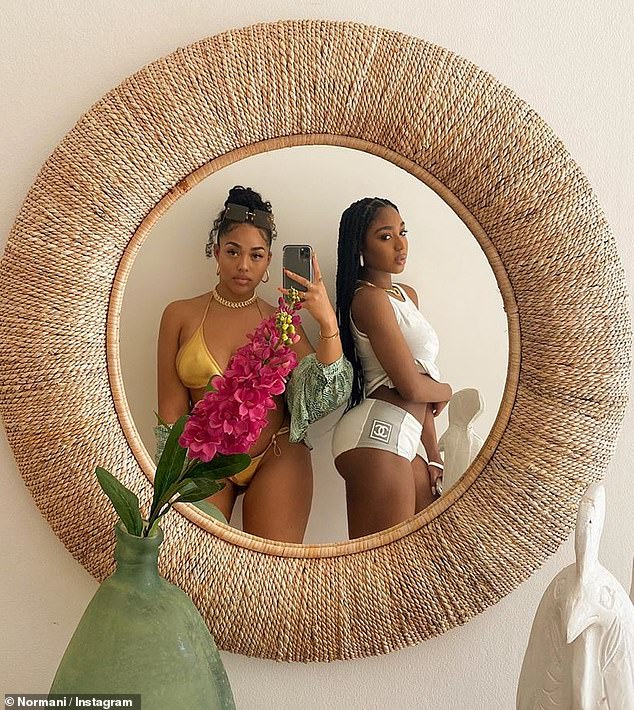 Party time! It looks like the ladies had been enjoying a girls’ trip to Jamaica for Lori’s birthday. Normani and Jordyn are seen above 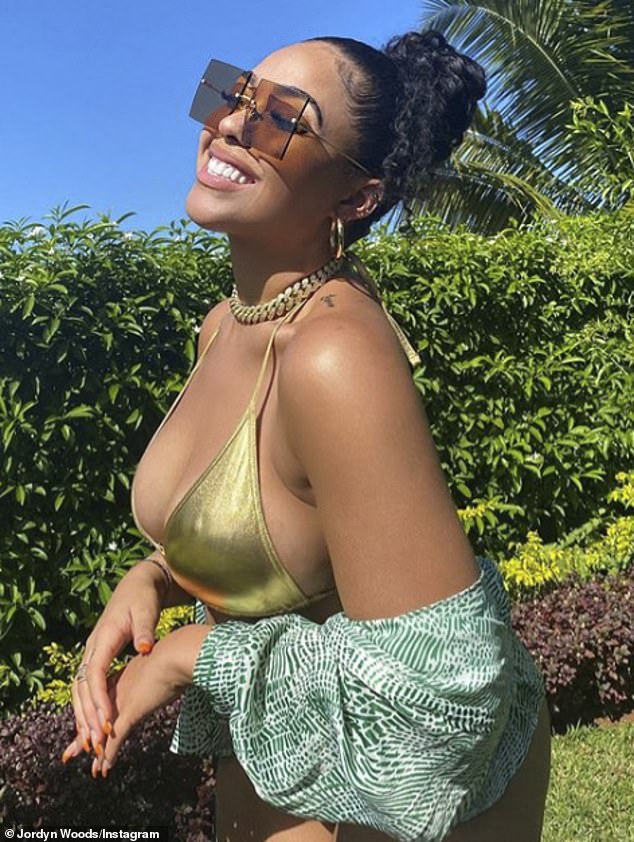 Island living: Jordyn and the gang have been happy to share scenes of their lavish trip and bikini bodies throughout their visit to the Caribbean

Framing the photo on the far right was pop star Normani, who was chic in a white Chanel top worn with long braided hair.

It looks like the ladies had been enjoying a girls’ trip to Jamaica for Lori’s birthday.

Jordyn and the gang have been happy to share scenes of their lavish trip and bikini bodies throughout their visit to the Caribbean.

Woods appears to have found her own clique almost one whole year after her falling out with the Kardashian/Jenner clan. 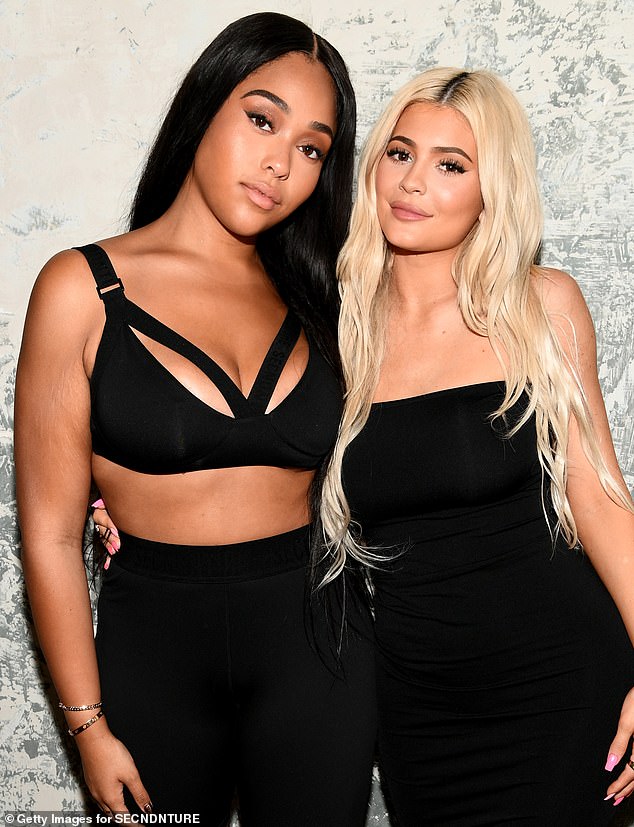 New social life: Woods appears to have found her own clique almost one whole year after her falling out with the Kardashian/Jenner clan. She’s seen with ex bestie Kylie in 2018 above

But it’s been an uphill battle for the model, who admitted she didn’t have a ‘core friend group’ after she was dumped by the family for hooking up with Khloe’s ex, NBA player Tristan Thompson.

As recently as last November, the star revealed her social circle had significantly shrunk.

Jenner had plenty of people competing for her best friend position after she split with Jordyn.

Khloé Kardashian says she is an ‘adult’ about co-parenting: ‘Why make it difficult for myself?’ 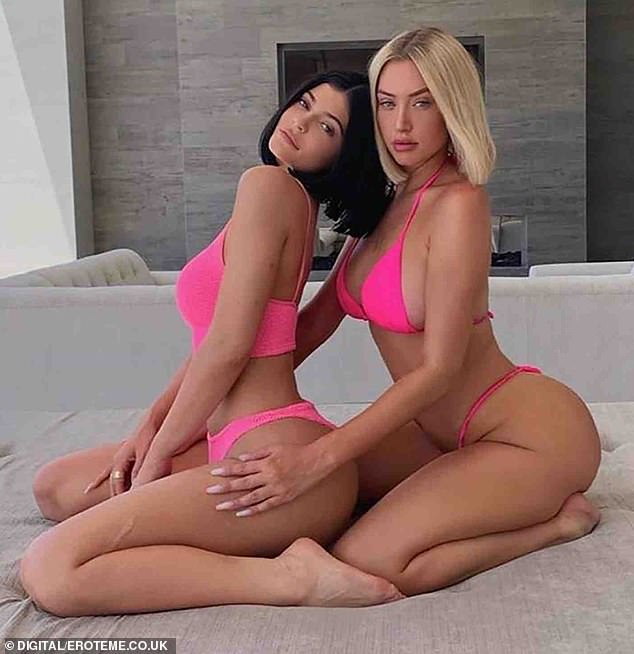 It appears that longtime friend Anastasia ‘Stassie’ Karanikolaou has taken up that mantle.

Kylie and Stassi have seemed nearly inseparable since the Jordyn drama.

According to insiders, Kylie felt as if she was ‘forced’ to find new friends following the scandal.

‘As sad as the Jordyn situation has been for Kylie, she has also been forced to make new friendships,’ a source told People last summer after Jenner hosted a luxe friends vacation to promote the launch of her Kylie Skincare line.

‘Some of the girls on her trip, used to be more like acquaintances, but they are now great friends,’ the insider added. 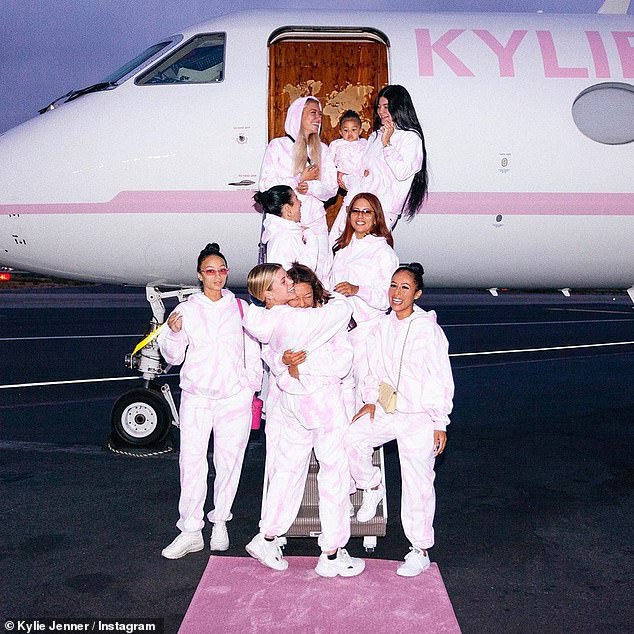