Larsa Pippen brought the heat when she stepped out to celebrate the PrettyLittleThing x Chantel Jeffries collection party.

The 45-year-old stepped out looking as stylish as ever for the event that took place at Petite Ermitage in West Hollywood.

The event was held to honor the latest capsule collection with the fast fashion brand and their current line with musician, Chantel Jeffries. 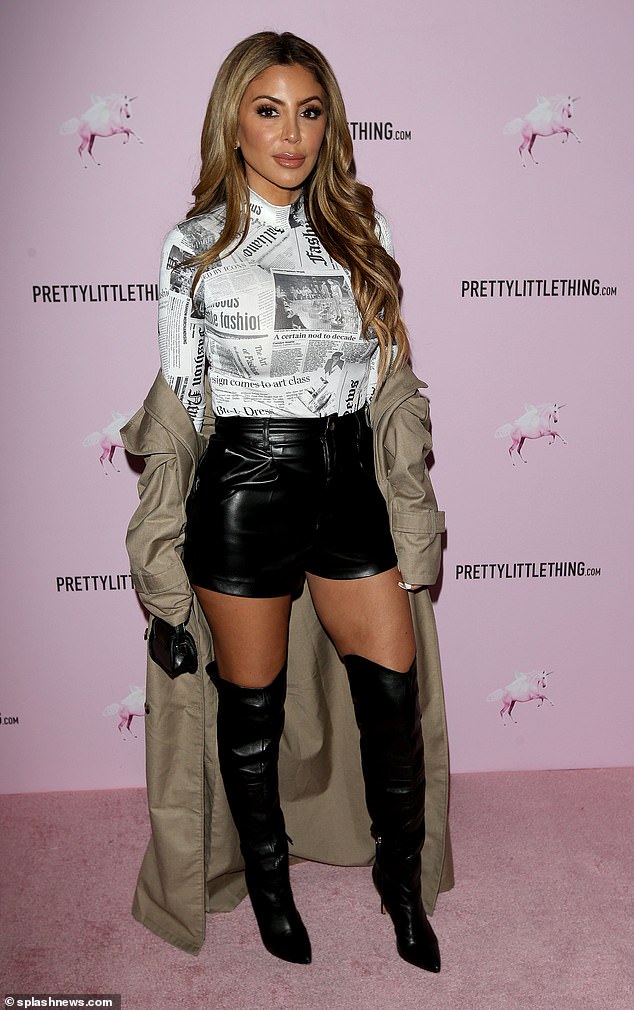 Looking good: Larsa Pippen brought the heat when she stepped out to celebrate the PrettyLittleThing x Chantel Jeffries collection party on Thursday evening

For her look of the evening, the best friend to Kim Kardashian rocked a white longsleeve one-piece that she paired with a high-waisted black leather shorts.

She elevated the look with black thigh-high boots complete with a beige duster that she had slouched over her arms.

‘Careful how you play your cards when you have a queen in your hand,’ she wrote in her Instagram caption ahead of the event. 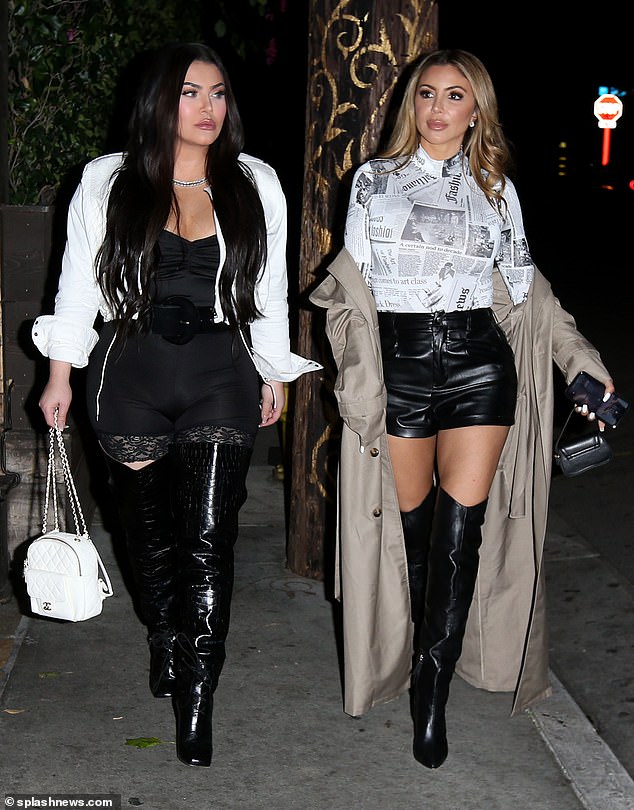 Stylish ladies: Hrush Achemyan and Larsa strut their stuff while heading to the PrettyLittleThing party 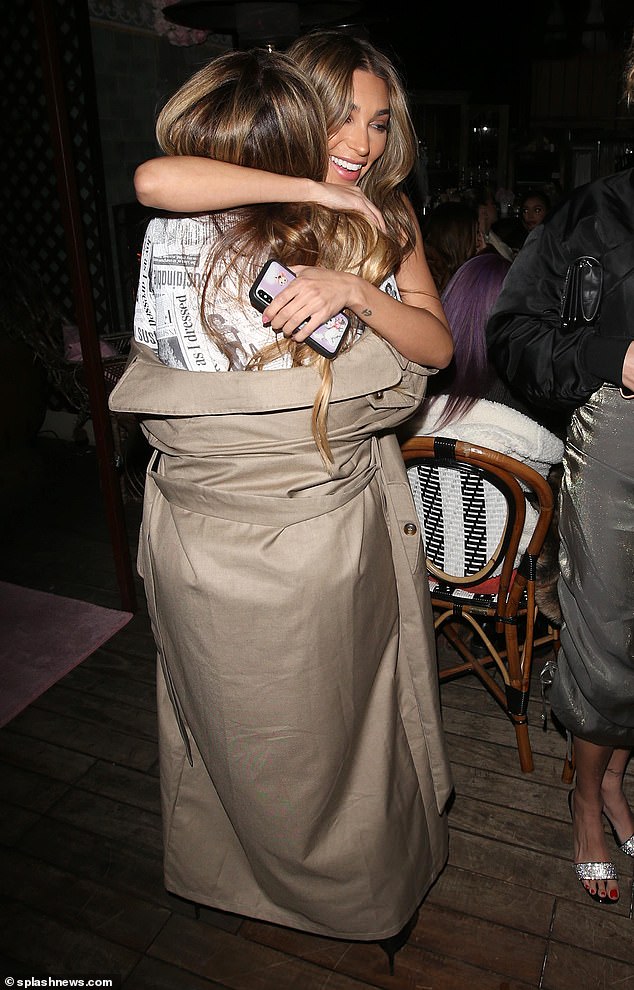 But it appears as though all that partying caught up to the reality star who later took to Instagram to say she wasn’t feeling well.

‘Sick as a [dog]’ she captioned an Instagram post showing herself looking nearly perfect while laying down.

The star appeared to have a bit of makeup on and had her hair curled as she tried to regain her energy. 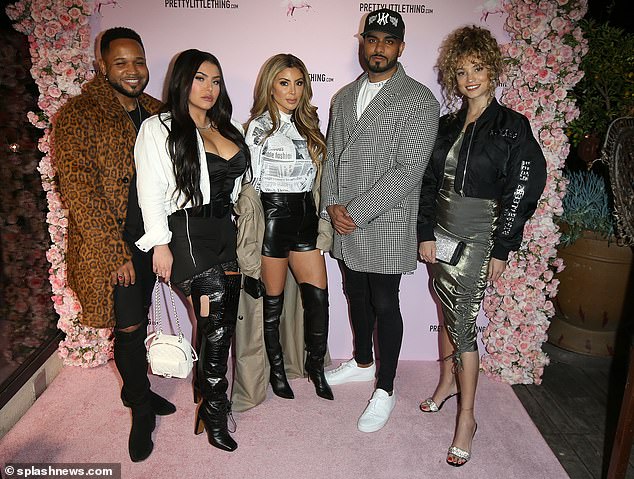 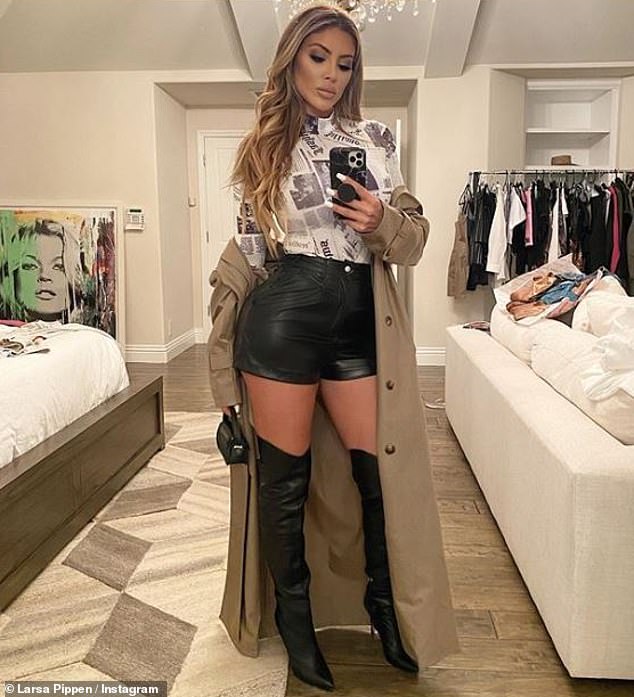 Her outfit: Before heading off to the event, she gave a sneak peak of her outfit

Larsa is most famously known for her role on The Real Housewives of Miami and her close relationship with the SKIMs founder.

Back in 2018, Larsa filed for divorce from her husband of 20 years, Scottie Pippen.

‘[We] are really best friends,’ she said during an interview with Us Weekly back in December.

‘Our kids are amazing, and I feel like we both parent the same way. We’re really traditional in the way we raise our children. That’s really important.’

‘We are obsessed with our kids. Scottie and I are both the same in a lot of ways. Family always comes first.’

Back in 2017, Scottie filed for divorce and later dismissed the case. 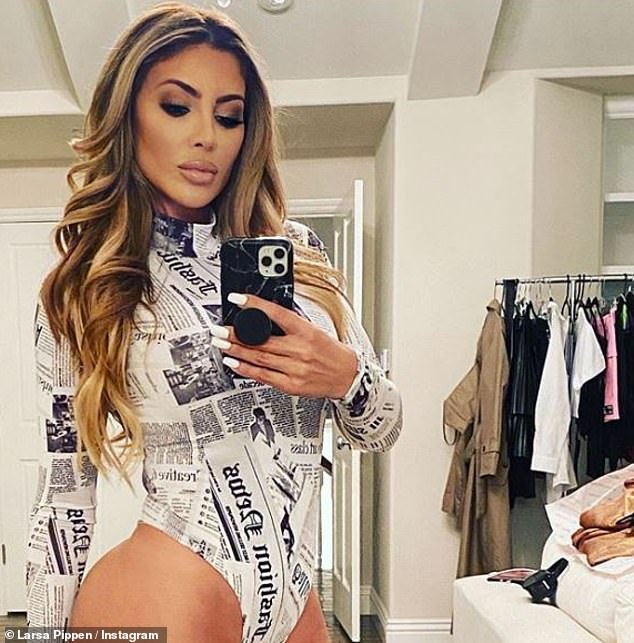 The suit: Before putting on her shorts she showed off her slimming white bodysuit before calling herself a ‘queen’ 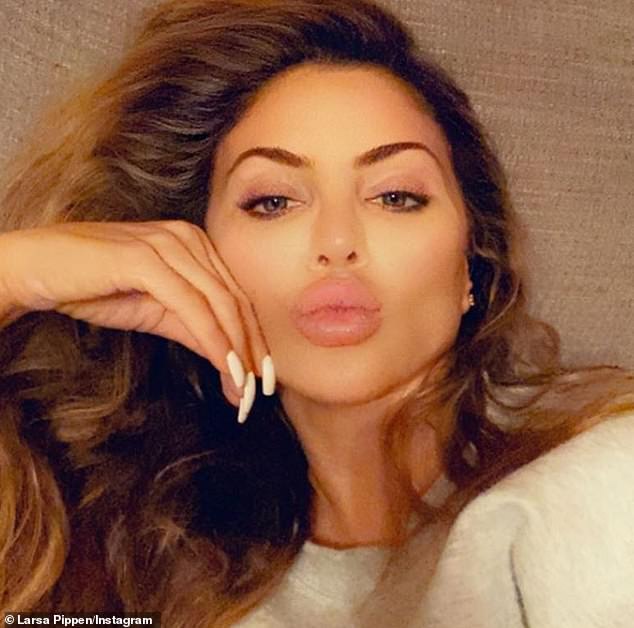 Not feeling it: After her night out on the town, the eventful night caught up to her and she revealed she is ‘sick as a dog’