Night two of Love Island saw the drama coming in hot and heavy.

And it looks like the scandal is only set to escalate, with a teaser clip for Tuesday’s show showing Shaughna Phillips left fuming after Callum Jones ‘swerves’ her in favour of Jess Gale.

Monday night’s episode saw Shaughna ‘mark her territory’ over Callum Jones ‘like a dog p***ing on a lamppost’ planting a tactical kiss on him on the sun loungers in a bid to keep her man.

Tactical kiss: Monday night’s Love Island  saw a fuming Shaughna mark her territory over Callum ‘like a dog p*ssing on a lamppost’

However things did not go to plan when Jess swiped him in the re-coupling.

In a sneak preview of Tuesday’s show, which aired on Love Island: Aftersun, a fuming Shaughna was seen telling Sophie Piper things are ‘awkward’ between her and Callum now as he made no effort to talk to her following the re-coupling.

The Southwark-born beauty then hilariously quipped in the beach hut: ‘Callum has done, I would say, everything in his power to swerve me like the M25.’

Before the tense re-coupling took place, a kissing challenge meant 20-year-old Jess had a chance to plant a smooch on the man of her choice. She predictably chose Callum. 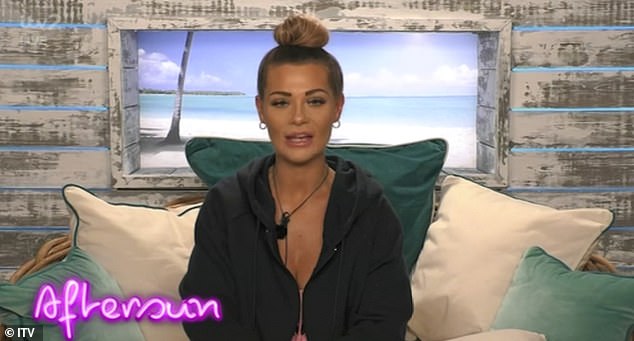 Fuming: The Southwark-born beauty hilariously quipped in the beach hut: ‘Callum has done, I would say, everything in his power to swerve me like the M25

Shaughna made her feelings very clear when she honestly admitted that could not even watch the kiss between the two.

She then decided the best move was to ‘mark her territory’ on the hunky scaffolder and the duo shared the first kiss – outside of a competition – this series whilst lying on the sun loungers.

Shaughna told Callum it was a ‘farewell’ kiss as she predicted how things would go, and she was not wrong. Despite her efforts to keep her man, the re-coupling meant she was left single. 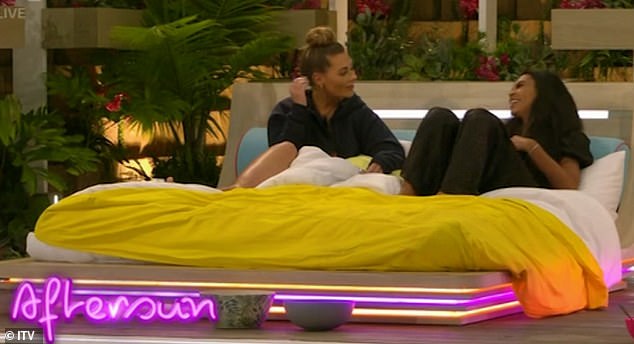 Tense: In a sneak preview of Tuesday night’s show, which aired on After Sun, a fuming Shaughna was seen talking to Sophie about her feelings 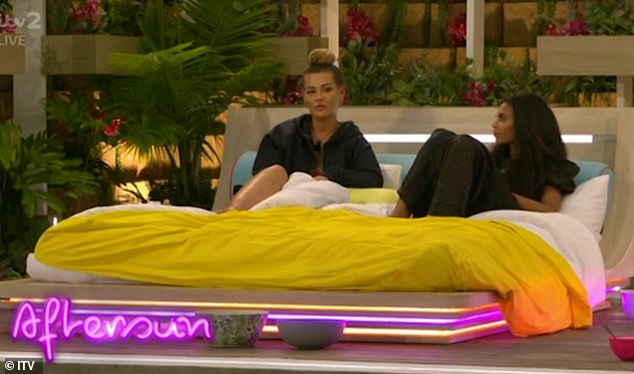 Not happy: She said things are ‘awkward’ between her and Callum now as he made no effort to talk to her following the re-coupling. 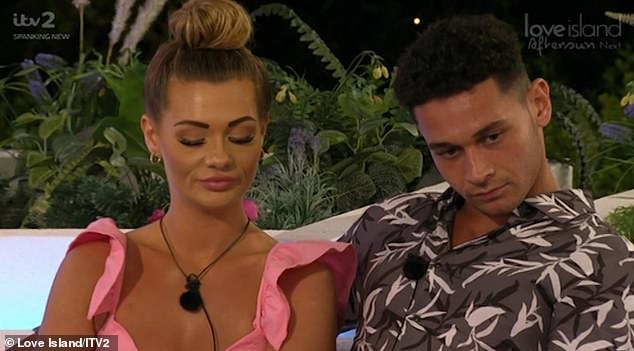 Awkward: On Monday night Shaughna tried her best effort to keep scaffolder Callum from being picked in the re-coupling

Twin thing: However things did not go to plan and one of the twins, Jess, swiped him

She then received a text which informed the Islanders that next week another re-coupling will take place and the two remaining single girls will be dumped from the Island.

Many hilariously likened the beauty to Penn Badgley’s freakishly obsessive character in YOU. 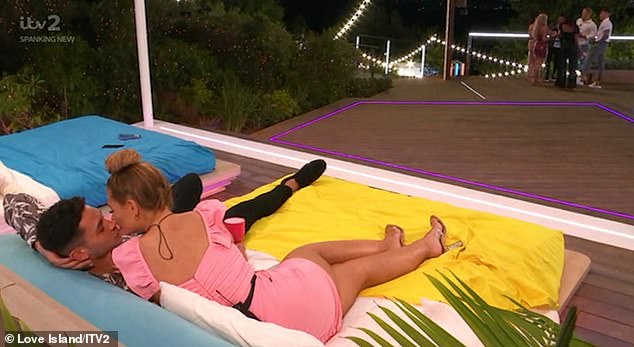 Smooch: Earlier on she had decided her best move was to ‘mark her territory’ on the hunky scaffolder and the duo shared the first kiss – outside of a competition – this series 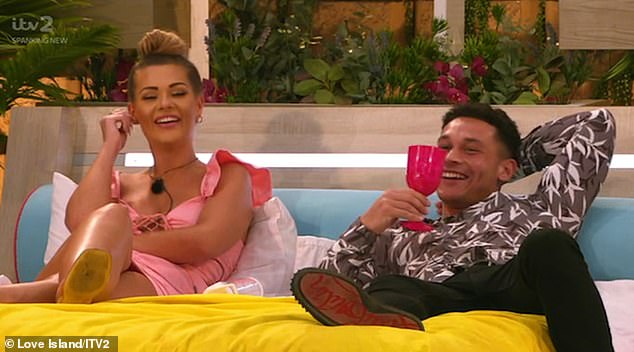 Giggles: Shaughna told Callum it was a ‘farewell’ kiss as she predicted how things would go, and she was not wrong

Others shared the meme of Molly-Mae peeping out from behind a plant, which happened in 2019’s series.

Another penned: ‘Shaughna is hilarious- ‘marking her territory’ #Loveisland.’

Many showed their support however with one tweeting: ‘Shaughna is easily my fave. so down to earth, so chilled, an absolute sweet heart #LoveIsIand.’ 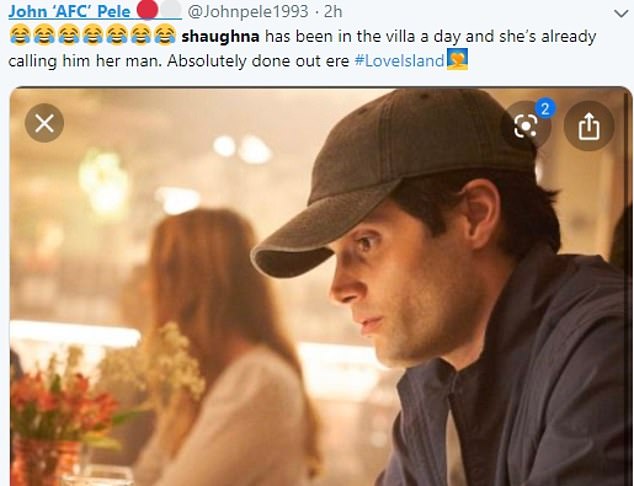 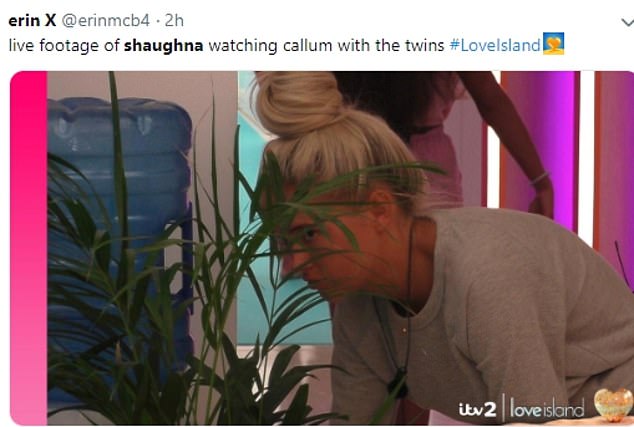 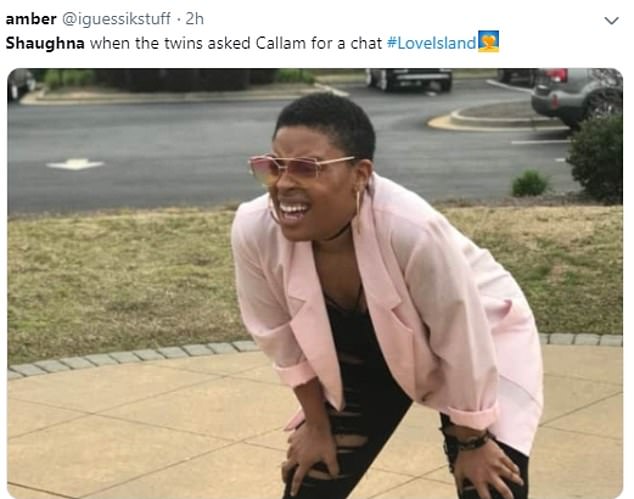 Fan reactions: Twitter reactions from fans showed people liken Shaughna’s antics to that of Penn Badgley in YOU

Aftersun kicked off on Monday night with new host Laura Whitmore presenting the goss-filled show, she looked sensational in a leather dress.

The foursome broke down the drama on the show before chatting with Shaughna live from the beach hut.

Love Island is on every night at 9pm on ITV2 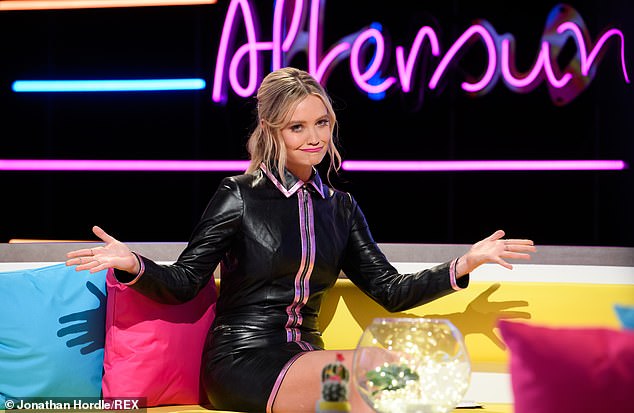 Gorgeous: After Sun kicked off on Monday night with new host Laura Whitmore presenting the goss-filled show, she looked sensational in a leather dress 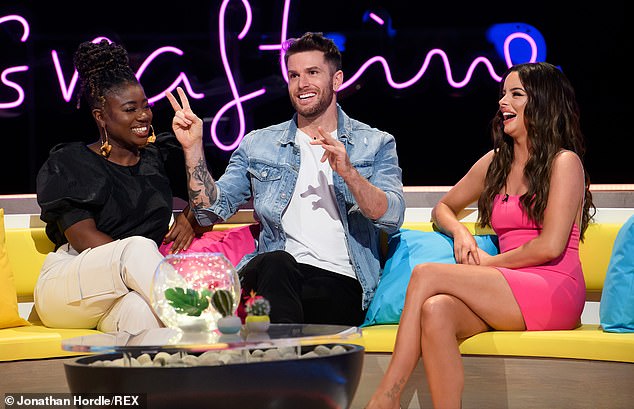