By Olivia Wheeler For Mailonline

The beauty consultant, 25, has a dramatic showdown with the builder, 23, after he tells twin Jess Gale that she’s giving him ‘mixed signals’.

And Nas does little to soothe the situation after he accidentally pronounces her name wrong earlier in the evening.

The scenes come about after Nas confides in Sophie Piper and Connor Durman that he wants to get out of the ‘friend-zone’ with Siânnise, to which Sophie encourages him to have ‘three normal’ conversations with her.

Yet things don’t go well during one of the chats as Nas tries to flirt and says: ‘What do I want to know about Siânnise?’

With Siânnise bluntly correcting him with: ‘You said my name wrong. I don’t think anyone understands how stressful it is for me when people say my name wrong.’

While later on, Nas confides in twin Jess, 20, about his situation with the Bristol beauty, he confesses: ‘Every conversation I’ve had with her up to now has been so confusing. 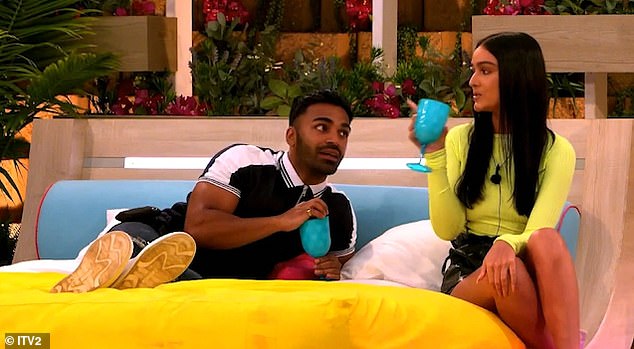 Drama: The beauty consultant, 25, has a dramatic showdown with the builder, 23, after he tells twin Jess Gale that she’s giving him ‘mixed signals’

‘She’s like to me, “I’m happy, Nas, you make me feel really comfortable. I’m happy where this is going but I don’t feel a spark,” I’m like’, to which he raises his arms in the air.

A confused Nas adds: ‘How do I take that, should we carry on?’

With things taking a dramatic turn later in the evening when Jess shares Nas’ confession to Siânnise herself.

She says: ‘He was just saying that he’s a little bit confused, he said something about it being a bit like mixed signals?’ 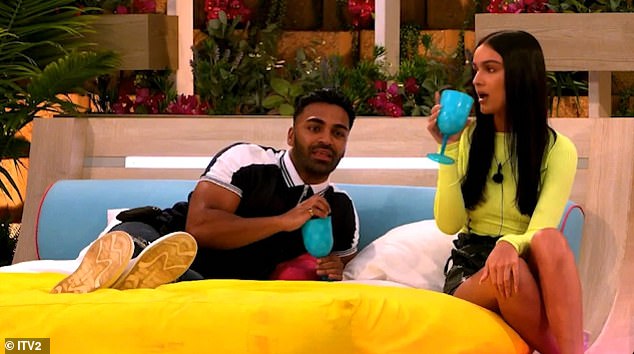 Oh dear: And Nas does little to soothe the situation after he accidentally pronounces her name wrong earlier in the evening 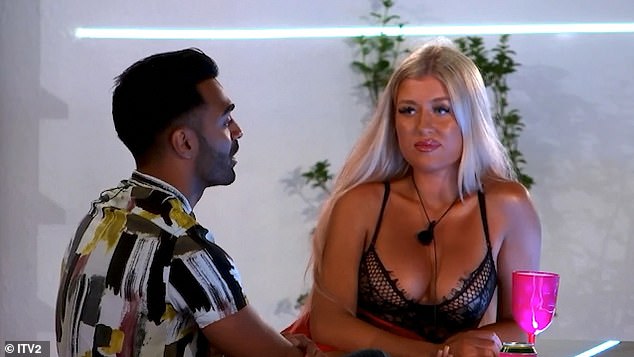 ‘Confusing’: confides in twin Jess, 20, about his situation with the Bristol beauty, he confesses: ‘Every conversation I’ve had with her up to now has been so confusing.’

With an angry Siânnise complaining: ‘How? I don’t feel like I’ve given any mixed signals at all! I am getting irritated to be honest.’

The beautician later rages in the Beach Hut: ‘This whole “mixed signal” thing has really p****d me off”‘

It then teases Siânnise and Nas’ confrontation as she storms over to the cheeky builder and asks: ‘Nas, do you mind if I grab you for a chat. Is that alright?’

Watch the drama unfold on Wednesday’s episode at 9pm on ITV2. 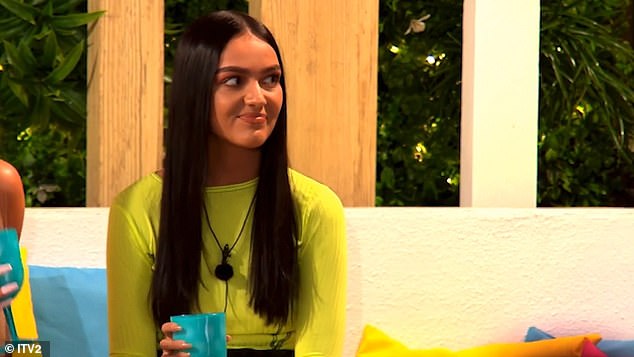 Raging: With an angry Siânnise complaining: ‘How? I don’t feel like I’ve given any mixed signals at all! I am getting irritated to be honest.’