Love Island twin Eve Gale has revealed that she and famed rapper Tyga exchanged several flirtatious messages after meeting him on a night out.

Speaking to MailOnline ahead of her entry into the villa with her sister Jess, she said their relationship never made it past a few DMs, but she wouldn’t rule out meeting him in the future.

Eve also revealed that she and Jess, 20, – who are VIP club hostesses and students from London, have the exact same taste in men with Jess saying the pair were unlikely to come to blows if they fancy the same hunk.

Twinning: Love Island twin Eve Gale has revealed that she and famed rapper Tyga exchanged several flirtatious messages after meeting him on a night out (above with twin Jess – R- both 20)

Discussing their brief interaction with the rapper, 30, who previously dated Kylie Jenner, Eve said: ‘We were on a night out and he was at the club performing so that’s where we met and we messaged after that.

‘We usually go for really confident, alpha male, cool, funny. We were messaging like “where ya at? What ya doing?”

When asked if they would have gone on a date with the Switch Lanes hitmaker, Eve said: ‘Just because someone is famous doesn’t mean I’ll be like “let’s meet up” but you know, if it’s right place right time then let’s go on another night out, just stuff like that.

‘Some people, just because someone’s got loads of followers, they’ll be like “wow”, but I kind of know what they’re like. They’re probably like that to every girl because they can.’ 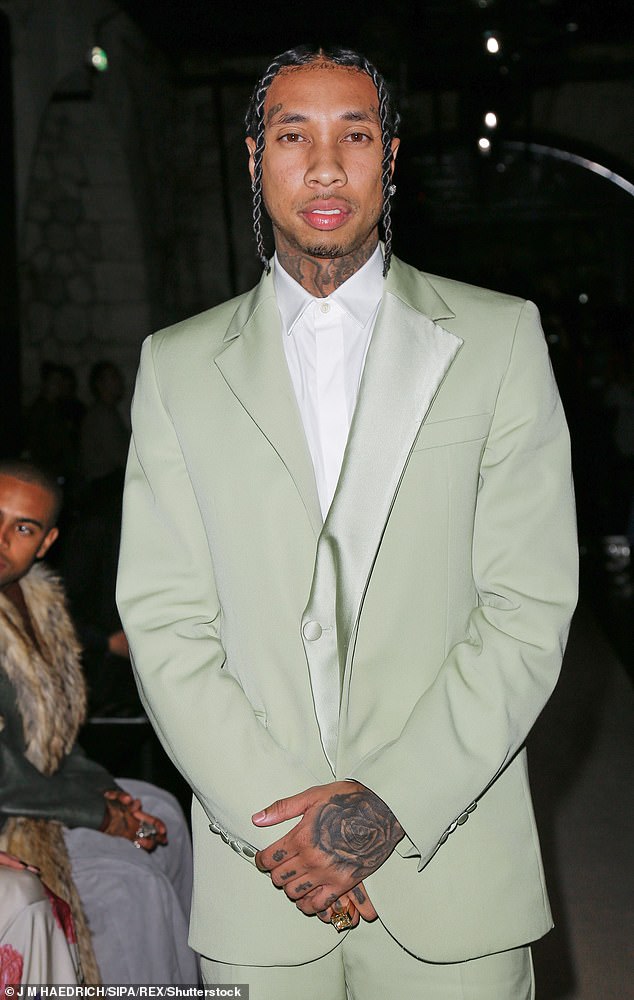 Exchange: Speaking to MailOnline ahead of her entry into the villa with her lookalike sister Jess, she said their relationship never made it past a few DMs, but she wouldn’t rule out meeting him in the future

Revealing their identical tastes in men, Jess said the twins always manage to settle who pursues a love interest without a row.

She said: ‘We’ve never argued over being with a guy, we’ve not tried to fight over guys, we have respect for each other, the ultimate girl code.’

‘We both mutually agree if we see a guy we like, he looks really attractive. I don’t know how it works but it just seems to work. It just happens that one of us goes for them.

When asked how they would cope if one of them gets dumped, Eve said: ‘It’d be so bad. We’re rarely apart so it would be stressful and sad as we wouldn’t even be able to contact each other. Even when we are apart, we are on Facetime.

Eve added that one twin may inevitably follow the other out, saying: ‘It depends how happy the other was, I think we would try and stay and see. We don’t even want to think about it! 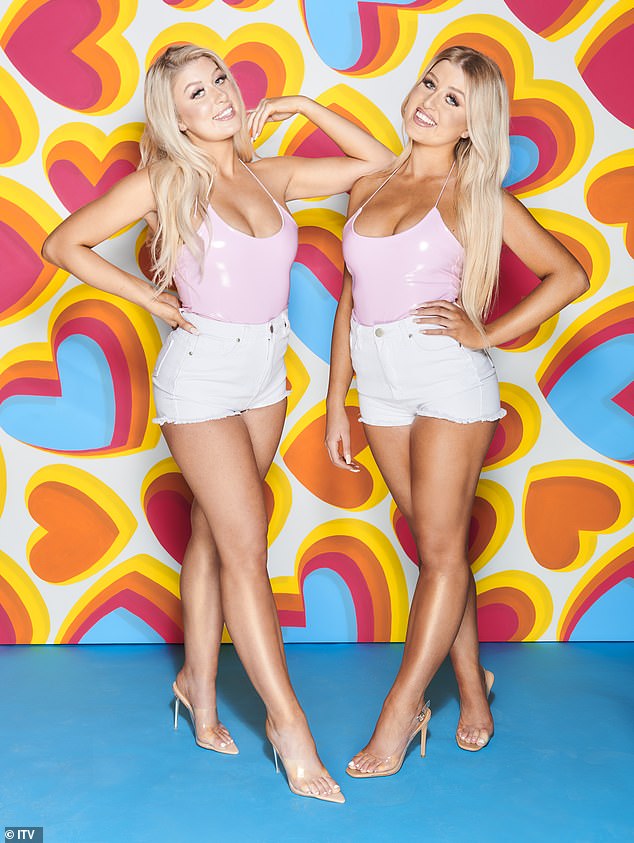 Sisters: Discussing their brief interaction with the rapper, 30, who previously dated Kylie Jenner, Eve said: ‘We were on a night out and he was at the club performing so that’s where we met and we messaged after that’ 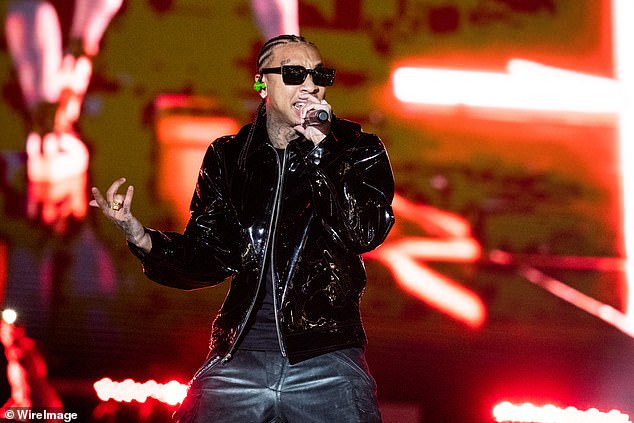 Messaging: She said: ‘We usually go for really confident, alpha male, cool, funny. We were messaging like “where ya at? What ya doing?”

Jess said: ‘I don’t want to go in there and couple up for the sake of coupling up. I will only do it if I actually like someone. If Eve was, I’d be happy for her.’

Eve added: ‘Although we are going in as twins, it’s good we are separate. Whatever is best for Jess she’ll do, if I don’t couple up it’s not the end of the world as you have so many people outside the villa!’

Eve also said she would be vocal if Jess coupled up with someone she dislikes, saying: ‘It would be made known! I’ve been in a situation before where I’ve been with someone that Jess didn’t like and it has ended in disaster!

‘If Jess doesn’t like them then I’ll try and get out of it, it’s hell, it doesn’t work. I am so close with Jess and obviously I am going to be so close with the person I am with and so it just doesn’t correlate.’ 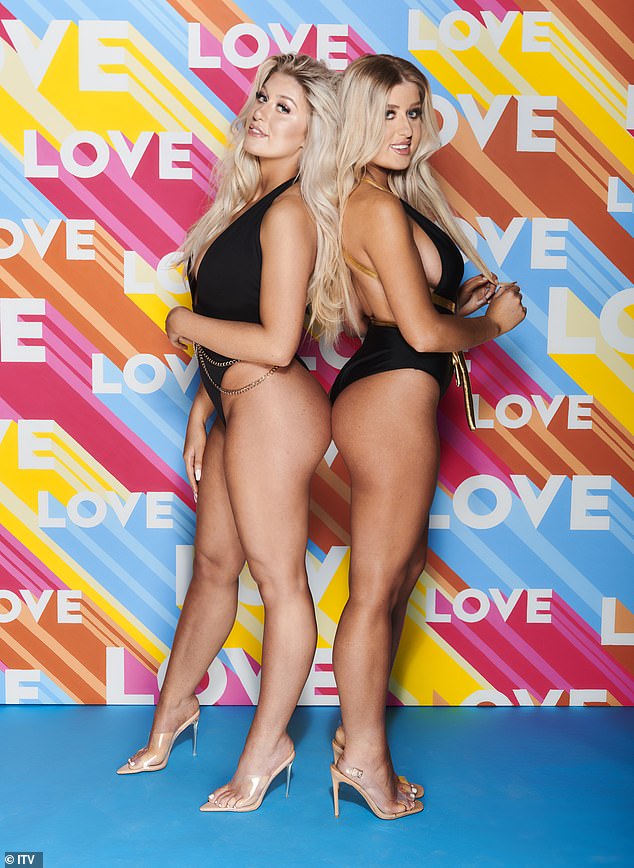 Candid: Eve also revealed that she and Jess- who are VIP club hostesses and students from London, have the exact same taste in men

The twins also ruled out having sex in the villa, saying: ‘We won’t sleep with anyone, we have our family watching so don’t want to do that to them. That’s one thing we definitely won’t do.’

The sisters also revealed  although being in the villa may cause ‘more arguments and tension’ due to them ‘having each other’s backs’, they are glad to have each other to lean on.