They are one of the most successful couples to have emerged from the Love Island villa.

The beauty, 25, donned a glamorous neon wig and a black silk gown as she transformed into the reality star.

Iconic: Siannise Fudge and Luke Trotman channelled the ultimate power couple as they dressed as Kylie Jenner and Travis Scott for Halloween recently

She wore smoky shadow, mascara and a swipe of nude lipstick to accentuate her pretty features.

Luke, 22 wore a headscarf and multiple shimmering chains as he dressed up as the Hell of A Night hitmaker.

She captioned the snap: ‘So you guys really thought we didn’t go matching for Halloween?! Travis & Kylie

After being hit with Cupid’s arrow in South Africa, the loved-up couple went on to place second in the ITV2 competition, narrowly losing out to Paige Turley and Finn Tapp. 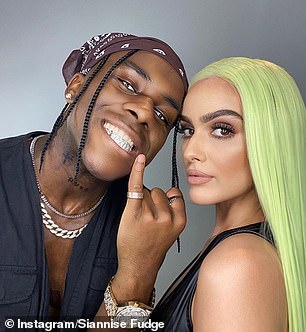 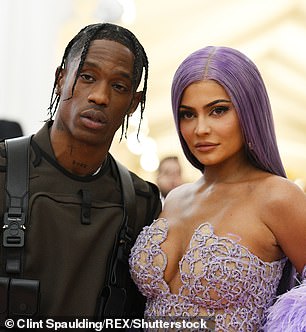 Wow: The beauty, 25, donned a glamorous neon wig and a black silk gown as she transformed into the reality star (Travis and Kylie pictured R in 2019)

The pair’s commitment to each other recently came under fire, when Siannise’s break from social media led to rumours of a breakup.

Siannise took aim at the trolls suggesting the fairy tale was over by taking to social media.

Hitting back at the speculation, Siannise wrote: ‘I just wanna get something straight here. I am STILL a human being, if there’s a day or a few days where I don’t feel like posting or I want to take a break that is ok.

‘Just because you don’t see it on social media doesn’t mean it isn’t happening guys.

‘Oh and me and Luke are very happy! We’re off to Greece this week week (sic)’

They pair have recently moved into their own flat in London after both staying with Luke’s mum in Luton during lockdown.

Siannise recently wrote on Instagram: ‘We did it! Today myself & @luketroytrotman moved into our apartment and we love it. I feel so overwhelmed, this is something I have always wanted and it reminds me of how far we have both come.

‘I’m excited for our next chapter in London and going on lots of adventures with my best friend, I love you (sic).’

In February, the loved-up pair said they were planning to move to Windsor – because it is between their hometowns of Luton and Bristol. 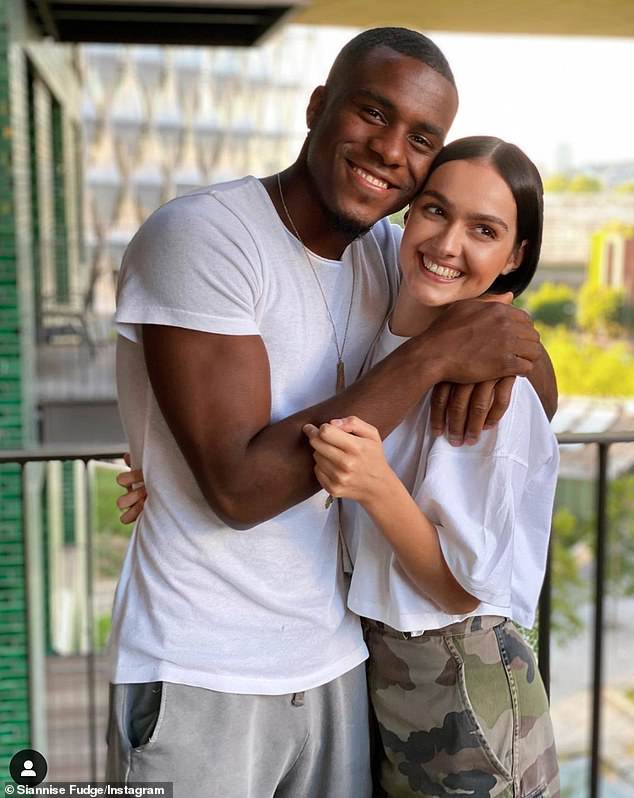 No way! Siannise slammed suggestions she had gone her separate ways from Luke in an impassioned post on her Instagram Stories earlier this year