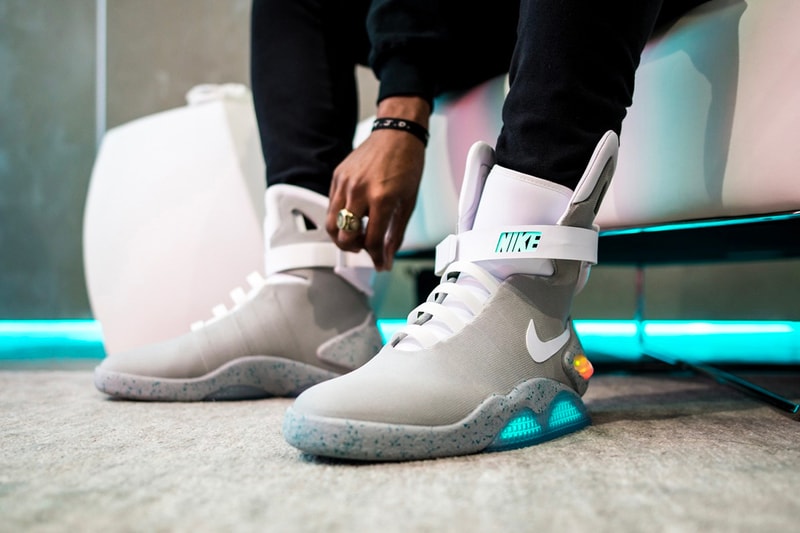 Possibly the biggest come up in recent memory, an Oregon man reportedly found six pairs of the extremely elusive 2011 Nike MAGs in an expired storage unit. Of those six pairs, three were bought by shoe reseller West Coast Streetwear, who took to Twitter to share his unimaginable score.

6 pairs of these were in a expired storage unit in Albany, Oregon can’t make this shit up pic.twitter.com/RBBbBy1At2

All six pairs were deadstock according to the reseller and had been placed in the Albany storage unit, which was purchased for $75 USD. Speaking to Complex, he shared a bit about the story: “I personally didn’t find the unit, I found the guy on OfferUp and I thought it was too good to be true but gave it a shot. I messaged him and he had three pairs left after selling the three others, so six total were in the unit.” While he didn’t share how much he had bought the pairs for, he did say that he had already sold a pair on StockX for $10,000 USD, which is confirmed via the platform’s recent sale listings. Sounding rather unbelievable, West Coast Streetwear also shared various screenshots of a text message conversation with the purported seller.

This is still crazy to me lol I’ve never had mags. Once I showed him the cash he switched up rq pic.twitter.com/HsO9xZVAC9

Gaining fame by being worn by Marty McFly in Back to the Future Part II, the 2011 iteration received only 1,500 production pairs, followed by 89 pairs of 2016’s movie-accurate self-lacing version.

Let us know your thoughts on the insane come up below.

For more sneaker news, take a look at the Jordan Air Max 200 in “White/Black/Challenge Red.”

The storage locker. I met with the guy who did, he paid $75 and didn’t really know what they were worth. If you saw him in person the story of him finding there lines up perfectly. He showed me a picture of the unit as well.