‘Please help!’ Billionaire pub baron Justin Hemmes donates $500,000 to the bushfire appeal after praising firefighters for saving one of his properties from the inferno

Billionaire pub baron Justin Hemmes has echoed the voices of dozens of local and international celebrities urging much-needed donations for the bushfire appeal.

The Sydney hospitality mogul and Merivale boss, 46, took to social media on Monday to announce he would be donating $500,000 to the Rural Fire Service [RFS].

However, he took the opportunity to encourage others to help him reach a much greater amount: ‘Please help me reach $1million.’ 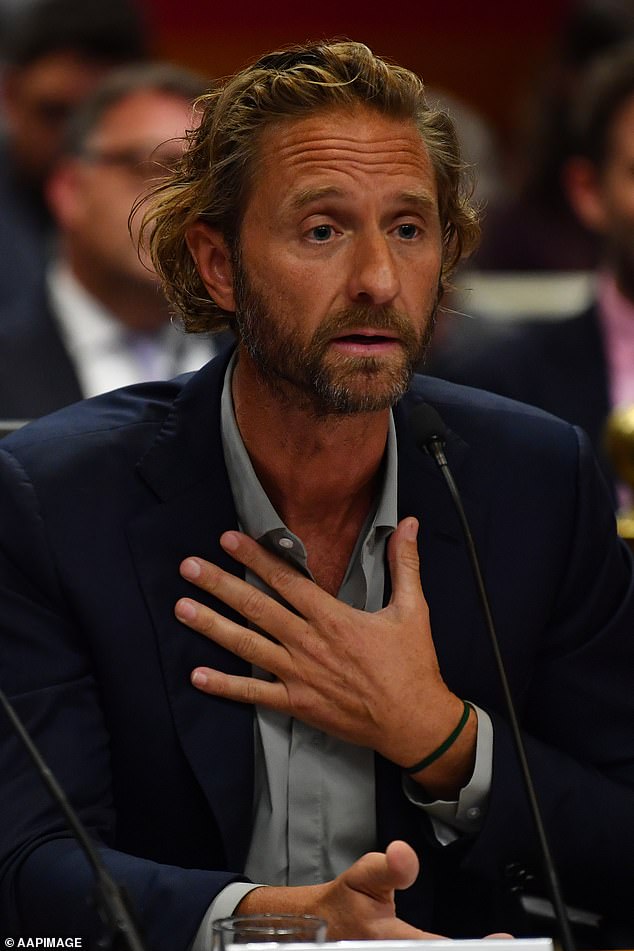 ‘Please help!’ Merivale boss Justin Hemmes (pictured) says he will be donating $500,000 to the Rural Fire Service as they continue to battle the bushfires raging the country

Justin, who was officially recognised as a billionaire last year, shard the message alongside a photo of two firefighters in action.

The businessman had earlier shown photos of how close the fire came to one of his properties, with flames licking at the multi-million dollar home as firefighters fought back the blaze.

Justin later shared footage walking around the endless scorched bush and trees, showing the devastating aftermaths of the fires raging the country.

The father-of-two highlighted how tough it has been on emergency personnel who have been constantly under the pressure for the last several weeks. 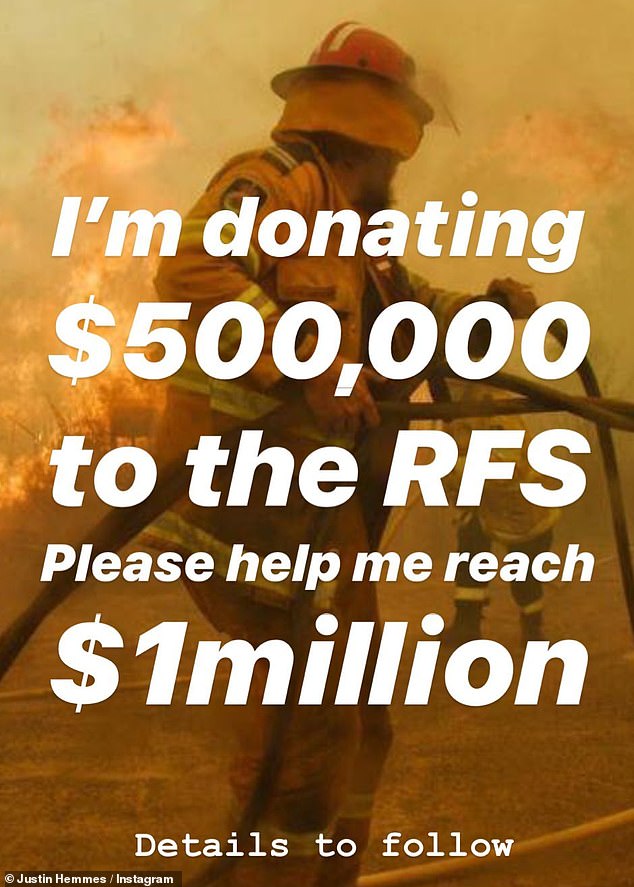 Doing his bit! The billionaire pub baron urged his followers to help him reach his $1million goal 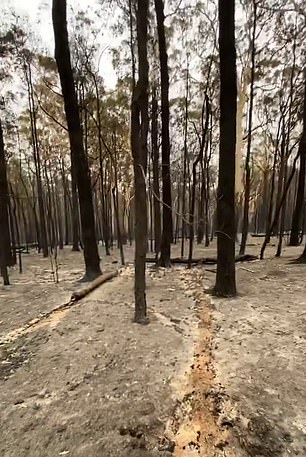 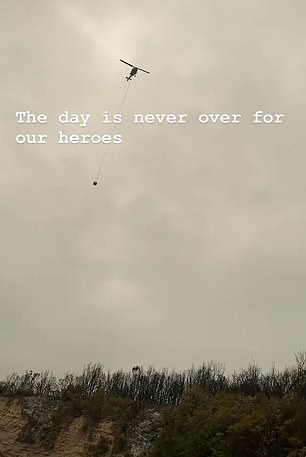 ‘The day is never over for our heroes’: The fire came close to one of his multi-million dollar properties as he highlighted the aftermath of the blaze with videos posted to his Instagram stories of scorched trees (L) and a firefighting helicopter flying overhead (R)

‘The day is never over for our heroes’, the pub baron wrote alongside a video of a firefighting helicopter flying overhead.

On Sunday, Hollywood couple Nicole Kidman and Keith Urban pledged $500,000 to the RFS battling the inferno. 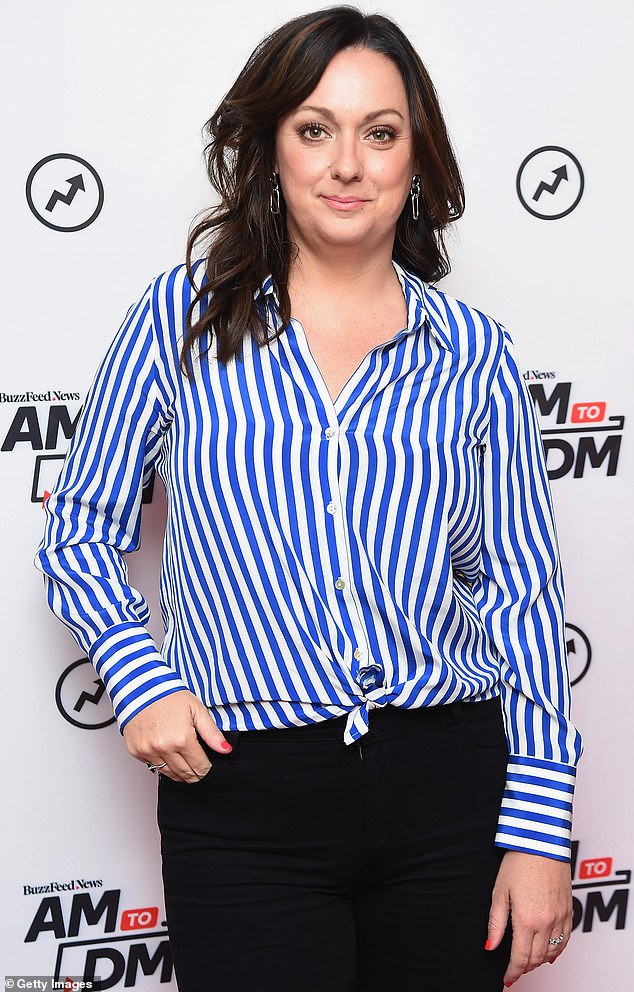 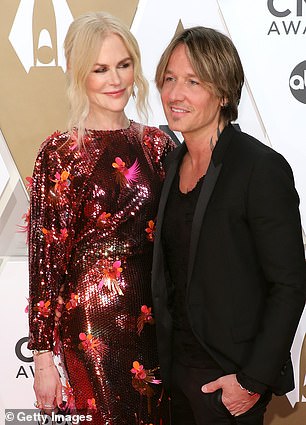 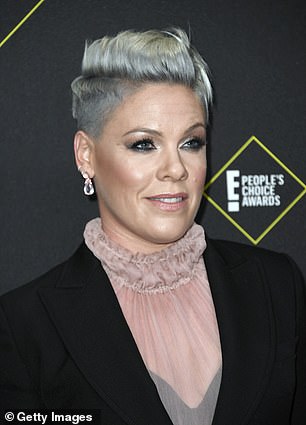 On Sunday a ‘devastated’ Nicole Kidman and Keith Urban (left) pledged $500,000 to the RFS battling the inferno with US singer P!nk (right) also chipping in $500,000

Rebel Wilson auctioned off an intimate lunch with the actress for $100,000. Local celebrities including WAG Rebecca Judd donated $50,000 and Bachelor couple Sam Wood and Snezana Markoski have raised $27,000.

Margot Robbie, the Kardashian-Jenner family, Ellen DeGeneres, Selena Gomez, Ryan Reynolds Chris Brown, Kelly Rowland and Hilary Duff have been just some of the international stars that have urged their fans to donate to Australian charities.