Rapper YG Cheated On Keke Palmer – Had Baby On Her!! 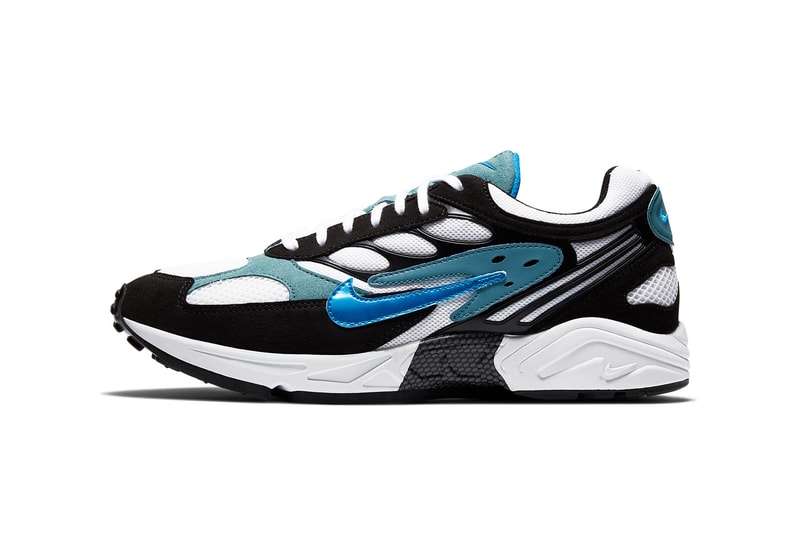 A lightweight shoe from Nike‘s late ’90s archives originally crafted for distance running, the Air Ghost Racer returned to the market for the first time in two decades earlier this year, and now it’s surfaced in “Mineral Teal.” Boasting accents both earthy and athletic, the “Mineral Teal” offers a bold, unique look for an interesting spin on a heritage Nike Running product.

Constructed of two different white meshes — loose knit on the heel and toebox for breathability, tightly woven on the midfoot for support — the Ghost Racer quickly equips a veritable plethora of eye-catching overlays. These range from nubuck to leather to synthetic plastics, and are mostly dressed in black. However, the midfoot, forefoot, tongue and heel provide exceptions, thanks to pops of the “Mineral Teal” hue that gives the shoe its moniker.

There’s also some classic “Photo Blue” hits to be had here. Spread around the heel and tongue Swooshes plus the sockliner, each offers a sporty contrast with the more muted teal. However, the most noticeable placement of “Photo Blue” is on the midfoot Swoosh, which equips a glossy, near-metallic leather that almost calls to mind the bright sheen of a Foamposite. Zoom Air is loaded in the sleek midsole, and a black/blue outsole completes the look.

The Nike Air Ghost Racer “Mineral Teal” is available now on the Nike webstore. The MSRP is set at $130 USD.

Nike Sportswear also recently dropped a React Element 55 “Schematic,” with details that nod to the various stages of a shoe’s design process.