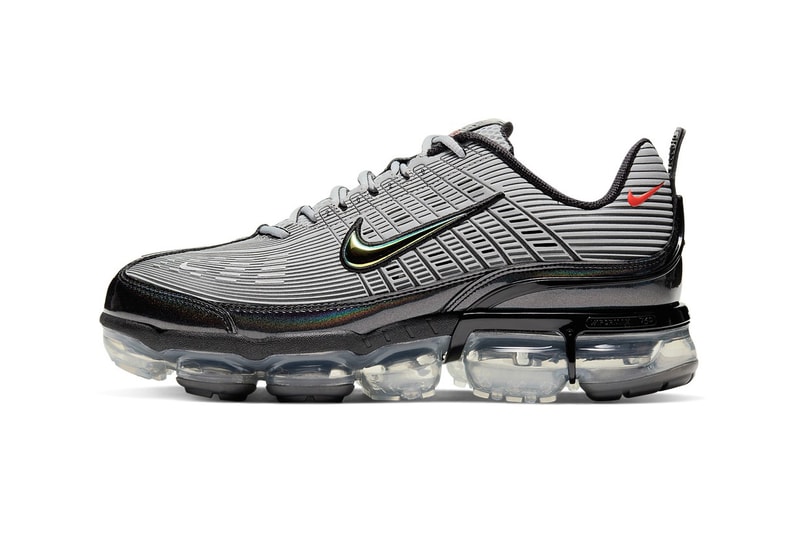 Thanks to a wolf grey upper with a heavy dose of black lines, this Air VaporMax 360 offers a sleek style. A lion’s share of the detail is handled by a chromed-out midfoot Swoosh plus iridescent mudguards, throats and heel clips — some of which even feature reflective detailing. However, there are plenty of compelling small embellishments as well: a pint-sized red Swoosh is placed below the collar; the four eyestays add a “2020” graphic in place of the 360’s original “2006” hit; and the tongue branding has been altered to read “Air VaporMax 360.”

Where the upper is all ’00s, the midsole and outsole are entirely ’10s. This is thanks to a crystal-clear VaporMax cushioning unit that’s placed under a black Cushlon midsole for a double-decker sandwich of comfort and style. Black plastic encircles the heel to ensure necessary support, while smoky black outsole pieces complete the look.

The Nike Air VaporMax 360 “Metallic Silver” is currently available at overseas outposts like Nike Malaysia and stateside stockists such as Oneness. The MSRP is set at $225 USD.

Before the 2010s draw to a close, be sure to check out our Most Influential Sneakers of the Decade list as well.