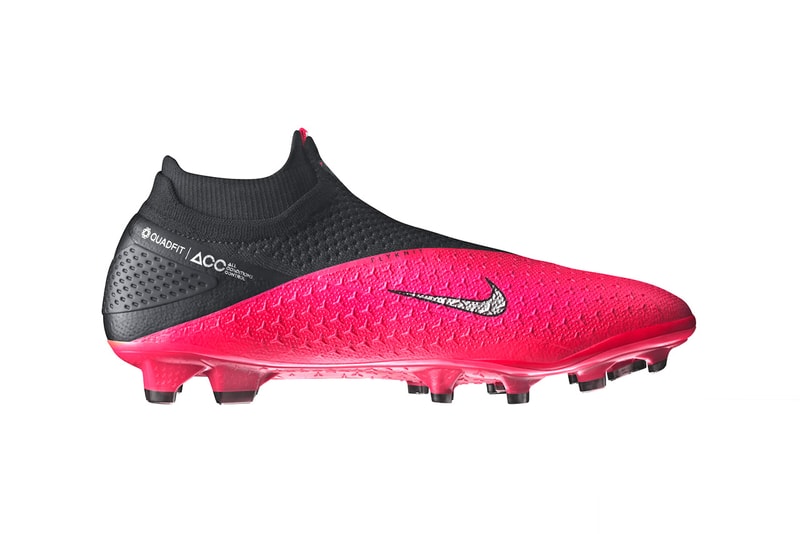 Nike Football has continued its line of Phantom football boots with the arrival of the all new PhantomVSN2 silhouette. The all-new boot is designed for attacking footballers, with a revamped fit, easy foot entry and a new texture all designed to fulfil these needs.

The PhantomVSN2 comes constructed from a symmetrical Flyknit external layer, with an external heel clip added for better containment, as well as extra structure and support. The boot also features the same Ghost Lace system as previous Phantom models, allowing for an even strike surface for players.

A stand-out feature of the boot is its reengineered texture, shaped around four different sections of the boot described as the “medial trap zone,” “strike zone,” “knuckle zone” and “dribble zone.” The volume of the texture is adjusted up and down across each zone, with certain areas featuring 20 percent thinning of materials, allowing for different parts of the boot to be used for different things.

Coming in a black and pink colorway, the Phantom VSN2 will arrive at the Nike web store and select stockists on January 23.