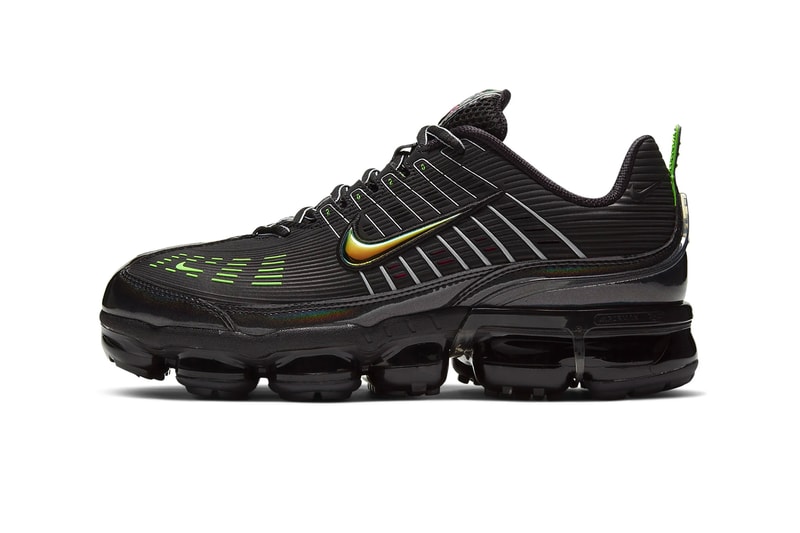 Nike has unveiled its latest iteration of the Air VaporMax 360, following up its “History of Air” release from last week. This time around, the American footwear giant has given a blacked-out makeover to the ’00s-inspired silhouette (borrowing cues from the original Air Max 360), accenting it with bright iridescent highlights throughout.

Starting at the top of the shoe is a glossy rubber overlay stamped with “VaporMax 360” branding. It’s set over a breathable mesh tongue and runs all the way down the center of the shoe, transitioning over the throat line and expanding into a protective toe cap. To match the thin white piping on the shoe’s round laces, vertical white lines appear over the sidewalls, subtly etched with “2020” near the eyelets as a nod to its futuristic spin on the ’00s mold. One striking detail is the shiny Swoosh logo that pops from the black base, complemented by colored broken lines that curve around the toe box. All of these features sit atop a sleek tonal Vapormax midsole that blends in seamlessly with the retro-inspired uppers.