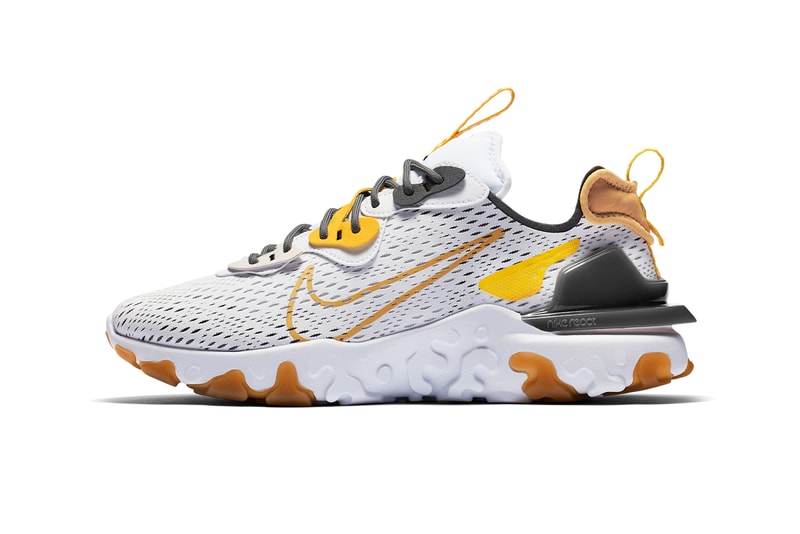 Although the base is constructed from a stark white mesh, the “Honeycomb” moniker comes from this React Vision’s sporty yellow and earthy tan accents. These are spread across the upper, appearing everywhere from the stacked suede eyestays to the outlined midfoot Swoosh, and are used for further detailing around the heel and collar. Grey is thrown into the mix as well, most prominently on the laces and extended heel clip.

Down below, midsoles use a familiar cushy white React foam, but equip a new traction pattern that uses geometric shapes in place of the wavy cored-out design present on previous React-equipped lifestyle models. This soft footbed is given sturdy substance by gum rubber reinforcements in high-wear areas like the toebox and heel.

The Nike React Vision “Honeycomb” will release via Nike SNKRS Japan plus other retailers on February 6, and the MSRP is set at $140 USD.