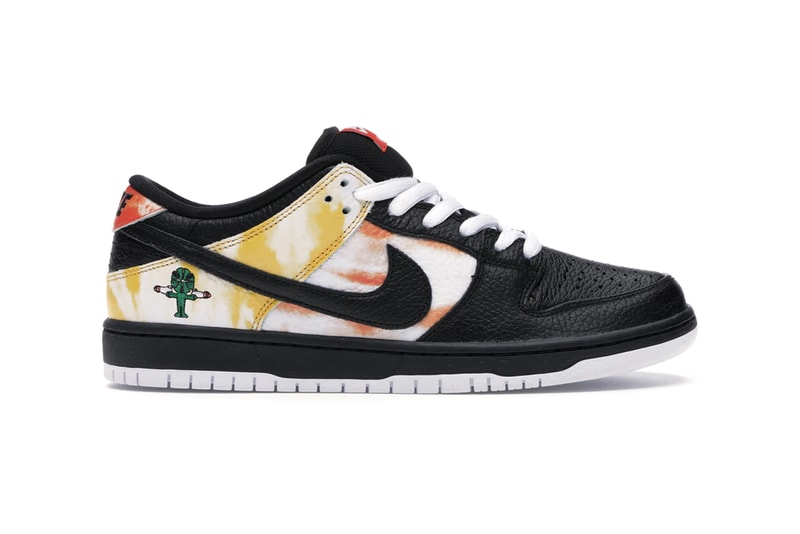 The Nike SB Dunk Low “Raygun” Tie-Dye is arriving in both white “Home” and black “Away” iterations and sticks to the shoe’s original design for the most part. The classic SB silhouette sees a hint of trippy tie-dye graphics added onto the quarter panels, heel tab, heel counter and insole with a “58” patch sitting clean on the inside tongue. Additionally the design’s tie-die prints come through in abstract shapes and bold hits of yellow and orange hues. Finally rounding out the shoe is a black leather forefoot and an embroidered alien graphic that appears on the lateral heel.

Head over to StockX now to secure the Nike SB Dunk Low “Raygun” Tie-Dye in the black or white colorway before they’re all gone.