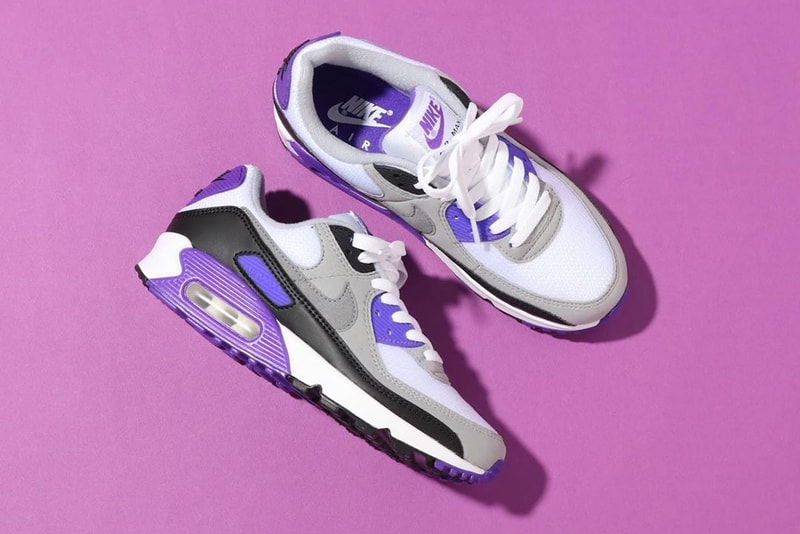 With the holiday festivities in the past, we’ve made it through to a new year and new decade, so any sneaker aficionado knows what that means: new releases. There’s no better way to keep the post-holiday malaise away than copping some fire, so per usual, we’ve assembled the best sneakers that are dropping in the next five days into one convenient list. Before we look ahead to the future though, we’ve got to be sure that we’re caught up on the past, so read on for an overview of everything that went down last week.

Travis Scott was arguably the most powerful collaborative player in sneakers over the course of 2019, and it looks as if the (la) flames of hype surrounding his Nike collaborations will burn as bright as ever in 2020. The revealing of his co-created Nike SB Dunk Low Pro during the JACKBOYS video sent his ardent supporters into a frothing frenzy of anticipation, one that only grew as more detailed images surfaced over the course of the week. Round Two frontman Sean Wotherspoon made headlines as well, announcing a collaboration with adidas.

Not to be outdone, Kanye West put a foot in the ring with an adidas YEEZY BOOST 350 V2 “Desert Sage.” We were also were given a detailed look at Drake’s long-teased OVO x Air Jordan 4 “Splatter,” a shoe that’s been rumored to release around NBA All-Star Weekend in February. Finally, COMME des GARÇONS continued its frayed takes on Nike Sportswear classics, debuting three colorways of an Air Max 95 collaboration.

On the basketball shoe front, Jimmy Butler ended his contract with Jordan Brand 10 months early. The mercurial-yet-talented forward has not signed another deal yet, but his services will likely be in high demand — both from established brands and smaller players looking to make a big splash. Paul George also made headlines with the latest shoe in his Nike signature line: the PG 4, which introduced a brand-new Air Strobel cushioning system.

It appears as if adidas will continue to crank out the IP collaborations in 2020, with a “007” logo-equipped James Bond UltraBOOST 20 popping up. Nike’s new Air VaporMax 360 — a hybrid design that combines the classic Air Max 360’s upper with a VaporMax cushioning unit — kept its foot on the pedal in its early days on the market, appearing in a handful of new colorways. Last but certainly not least, BAPE celebrated the BAPESTA’s 20th anniversary with colorways ranging from monochromatic to animalistic. Several more releases and collaborations are planned for the Air Force 1-adjacent silhouette over the course of 2020.

All caught up? Good. Check out this week’s slate of releases directly below — they may be fewer in number than the holiday season’s deluge of styles and colors, but there’s still a solid swath of suitable sneakers to be had. Release Date: January 6
Release Price: €100 EUR (approximately $110 USD)
Where to Buy: Solebox
Why You Should Cop: With a 5/8 cut and a premium leather construction, this old-school hoop shoe once worn by 1983’s #1 overall NBA Draft pick, Ralph Sampson, has effortlessly changed courses and became a casual favorite. The gold signature detail by the collar adds extra flair as well. Release Date: January 9
Release Price: $120 USD
Where to Buy: Nike SNKRS
Why You Should Cop: Nike is starting the Air Max 90’s 30th anniversary off right with three classically styled colorways. “Hyper Grape,” “Hyper Turquoise” and “Volt” are all present, and each is re-created with keen attention to detail, making for the influential Tinker Hatfield-designed silhouette’s most accurate re-release to date.

Jordan Why Not Zer0.3 “The Family” Release Date: January 9
Release Price: $130 USD
Where to Buy: Afew
Why You Should Cop: From UCLA to OKC to Houston, Russell Westbrook’s biggest supporters have always been his family, so he pays homage to them each year with a special “The Family” colorway of his signature sneakers. This Why Not Zer0.3 “The Family” — the second Why Not Zer0.3 colorway to release — features a stark and simple look with just enough regal gold accents. Release Date: January 10
Release Price: $140 USD (Khepri), $110 USD (Golden Mummy)
Where to Buy: Nike SNKRS
Why You Should Cop: Kyrie Irving’s longstanding fascination with ancient Egyptian culture and strong bond with Concepts have collided yet again, resulting in a duo of fresh takes on his new Kyrie 6. The men’s-sized “Khepri” is an acknowledgement of an important beetle from Egyptian folklore, while the “Golden Mummy” nods to the riches found in the tombs of powerful pharos. Both debuted exclusively at Concepts last week, but this week marks a full retail release. Release Date: January 10
Release Price: $120 USD
Where to Buy: atmos
Why You Should Cop: A complex design for a man with a complex name, Giannis Antetokounmpo’s Zoom Freak 1 “Multi” blends several vibrant tones for a nod to the reigning MVP’s playful personality. However, much like the Greek Freak himself, they’re all business on the performance side, thanks to double-stacked Zoom Air in the heel and a sleek-yet-supportive construction. Release Date: January 11 (China Exclusive)
Release Price: $220 USD (Men’s), $160 USD (Kids), $140 USD (Infants)
Where to Buy: adidas
Why You Should Cop: With an angelic colorway and crisp detailing, Kanye West’s adidas YEEZY BOOST 350 V2 “Yeshaya” offers yet another airy alternative to the YEEZY line’s wide swath of earth-toned palettes. BOOST cushioning ensures comfort, and it’ll also be available in full family sizes. Although the “Yeshaya” is releasing exclusively in China this week, Western customers will have a chance at securing a pair on January 25.

Air Jordan 13 “Reverse He Got Game” Release Date: January 11
Release Price: $190 USD
Where to Buy: Nike SNKRS
Why You Should Cop: The Air Jordan 13 “Reverse He Got Game” is a color-flipped take on the beloved AJ13 “He Got Game” that was made famous by Spike Lee’s 1998 film of the same name. Fresh yet familiar, new but classic, it’s sure to find favor with Air Jordan 13 lovers, and is an ideal follow-up to the Air Jordan 12 “Reverse Taxi” that dropped this last October. Release Date: January 11
Release Price: $400 USD
Where to Buy: adidas
Why You Should Cop: Pharrell Williams and adidas Originals boast one of the most expansive and longest-tenured artist/brand partnerships in the world of footwear, and now the two are looking to the next generation with their first 4D collaboration. The co-created design will be available in purple or olive, and features a high-cut sock upper with special branding sitting on top of a signature 3D-printed “Aero Green” midsole. Release Date: January 11
Release Price: €100 EUR (approximately $110 USD)
Where to Buy: PUMA
Why You Should Cop: A four-shoe capsule consisting of the CELL Alien, Alteration, Ralph Sampson Lo and Deva, the Puma x Randomevent collection proffers a hybrid sport/lifestyle look. This is centered around a “Make Things Worse But Cool” tag that hangs off each pair — an irreverent adage that exhorts the wearer to not take themselves too seriously.