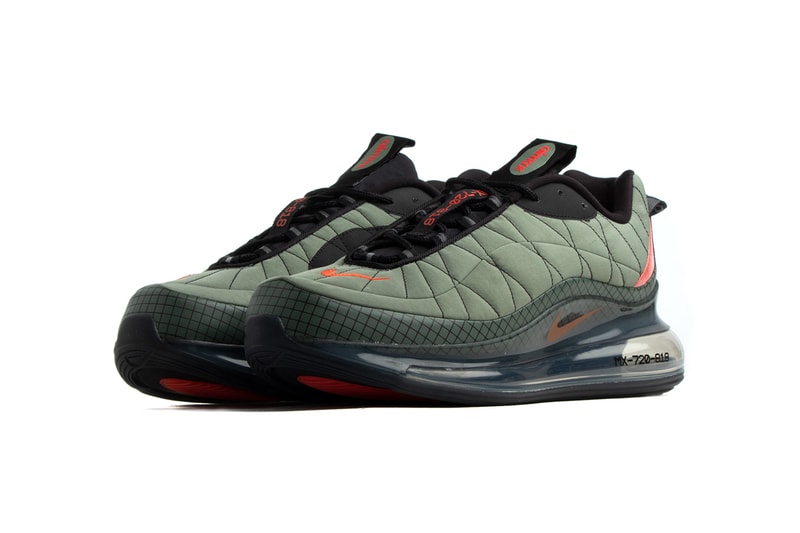 Leading things off is the “Jade Stone.” Mixing an olive upper with bright blaze orange hits, it provides an unmistakable “Flight Jacket” style, a point that’s driven home further by its synthetic upper construction. Next up is the “Opti Yellow,” which offers a classic Nike Sportswear mix of white and black with vivid yellow embellishments. Finally, the “Black” utilizes a simple — yet endlessly effective — combination of a black base and silver ornamentation.

Although the styles are decidedly not uniform, common threads are provided by a handful of details. Each uses an Air Max 95-adjacent oval badge on the tongue’s pull tab while also adding texture with embroidered detailing on the synthetic upper and a grid print on the mudguard/heel clip. MX-720-818 hits appear on each throat and Air Max midsole, with small Swooshes on both toebox and lateral midfoot taking care of branding. An “Air” print on the heel tabs and a rubber outsole complete each look.

Elsewhere in the world of Nike, Jerry Lorenzo‘s popular Air Fear of God 1 is set to release in a two-tone “String” colorway.