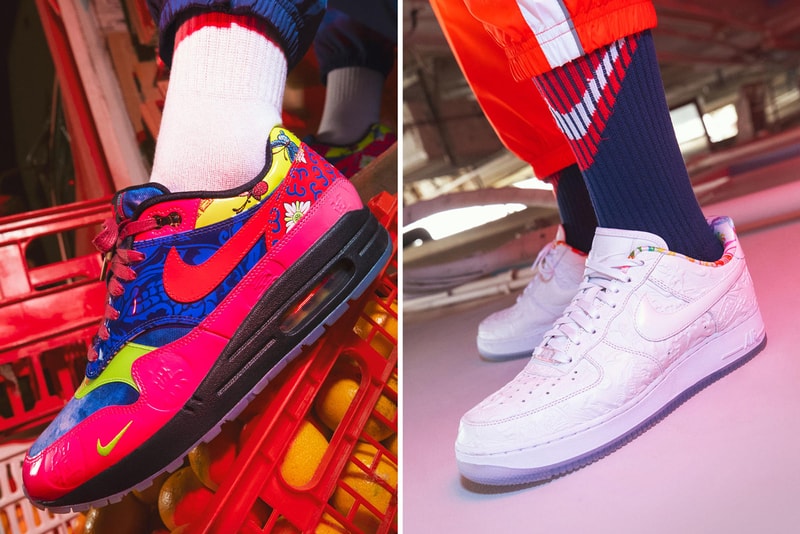 2020 marks the Year of the Rat on the Chinese Zodiac calendar, so Nike and Jordan Brand are celebrating the rodent-centric festivities with a special capsule of shoes and apparel. Presenting silhouettes both classic and modern, the capsule uses colors and embellishments inspired by previous CNY packs and traditional Yuxian paper-cutting. This supplies a dual-pronged nod to the Swoosh and the Jumpman’s rich history in China.

Both brands bring unique offerings to the table: Nike switches between sportswear and basketball with the Air Max 1, Air Force 1, Air Max 720 and two styles of Kyrie Irving‘s Kyrie 6 for men. Women recieve an Air Force 1 Shadow, Air Max 270 React, and new Joyride Run 2, while a unisex Air Max 90 finalizes the offerings, some of which are also available in kids sizes. Meanwhile, Jordan Brand’s entries consist of the Air Jordan 13 and Air Jordan 34.

These 10 silhouettes are split between four Yuxian patterns, each of which nods to a different impactful moment in brand history — three of which are associated with China, one of which is not. Each shoe applies its patterns and graphics in a different fashion, ranging from debossed detailing on the uppers to printed graphics on the midsole and more. There’s also a full collection of apparel to accompany the footwear. Each pattern tells a unique tale. The first is centered around the Cortez, and nods to 1972 — the year that Nike was founded. The second pattern features a Nike Sportswear logo front and center in a medal along with a racing track and a koi fish. This is a tact acknowledgement of the 1984 Olympics in Los Angeles, where China earned its first-ever gold medal and Nike began a sponsorship with the Chinese track and field team. Next up is a pattern inspired by 1996, the year that saw the Air More Uptempo release and China’s basketball team make it the quarterfinals of the Olympic Games in Atlanta. The final pattern acknowledges 2008, a watershed year that saw Beijing host the Olympic Games — at which Nike debuted the ultra-innovative Hyperdunk.

Some silhouettes from the Nike and Jordan Brand “Year of the Rat” collection have already released, while the rest are slated to arrive on the Nike webstore over the course of January.

The Nike Kyrie 6 "Oracle Aqua" Gets Loud With Animal Print

If you’re looking for more news on upcoming sneaker releases, be sure to check out our Best Footwear Drops of the Week.