Rob Kardashian treated his daughter Dream to a luxurious helicopter ride for her third birthday, taking to social media to show off the fun.

‘Happy birthday my beautiful baby girl!’ the 32-year-old reality star tweeted Sunday with a shot of his child with Blac Chyna, 31. ‘I love you so much and you are the biggest Blessing I have ever received! Love youuuuuuu.’

The sock designer also shared a photo set of his day with Dream on Instagram, writing, ‘Happy Birthday Dream,’ with accompanying shots of their day in the skies.

And many more! Rob Kardashian, 32, treated his daughter Dream to a luxurious helicopter ride for her third birthday, taking to social media Sunday to show off the fun

Birthday message: Rob’s Instagram tribute to his only child

In the shots, Dream posed in front of the helicopter snacking on a cupcake, and later relaxed inside with a pair of protective headphones to wear on the noisy ride.

She was dressed in a dark grey sweatsuit and a pair of black UGG boots, and had her hair down and parted on the celebratory day.

The Los Angeles native’s outing with his daughter came in the wake of a family bash earlier this weekend with sisters Kim and Khloe Kardashian.

Kim brought one-year-old daughter Chicago and five-month-old son Psalm, while Khloe brought daughter True Thompson, one, as an insider told People that the family ‘wanted her to have a special birthday party with all of her cousins.’ 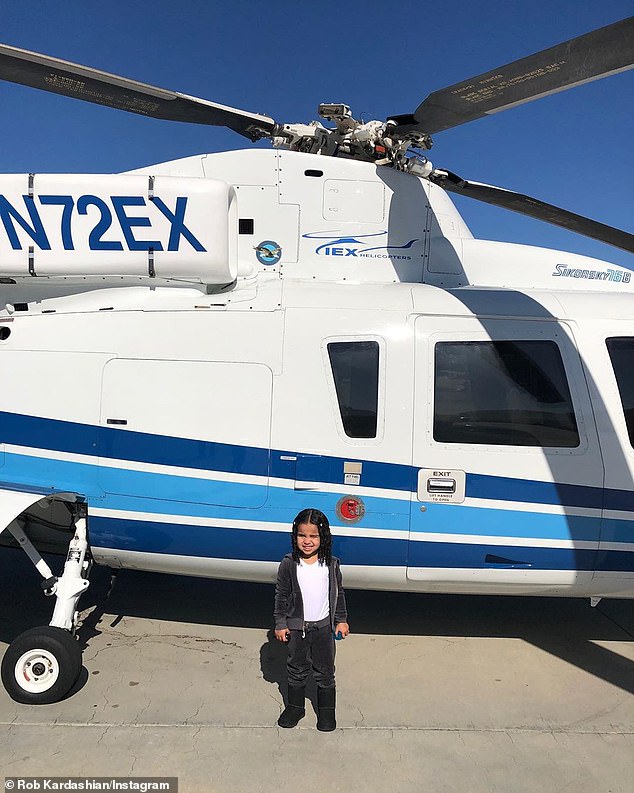 Luxe life: Dream, whose mom is Blac Chyna, posed in front of the helicopter on the fall day, wearing a dark gray outfit and a pair of black UGG boots 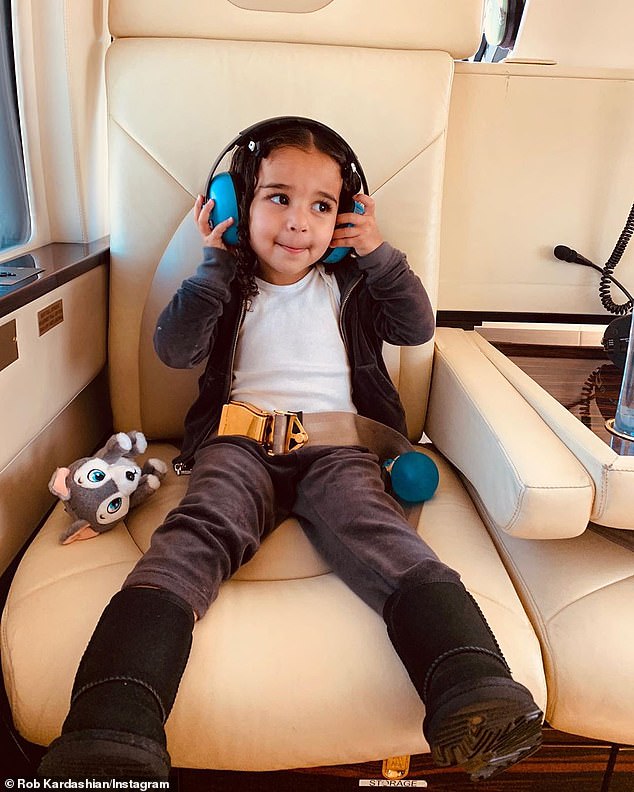 Ready for takeoff: Dream rested with a pair of protective headphones to wear on the noisy ride

The source noted that ‘Dream is very special to Rob’s family,’ as she’s ‘the sweetest girl and everyone loves her.’

In related news, tense feelings between Rob and Chyna ‘have calmed down,’ as they’re ‘able to co-parent better now,’ an insider told the outlet.

Chyna, who’s also mom to son King Cairo, seven, with rapper Tyga, and Rob have focused ‘on what’s best for Dream,’ according to the insider. 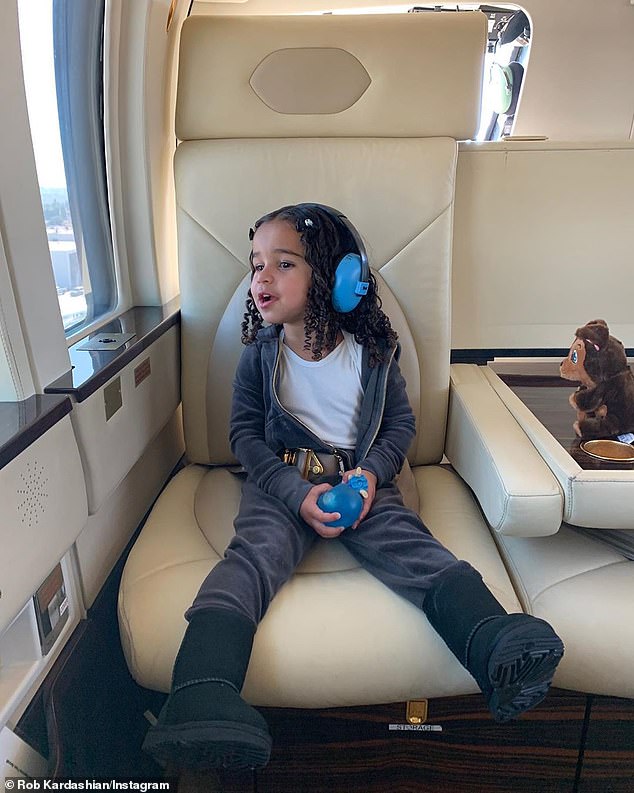 Fun day: Dream peered out of the window on the luxury flight 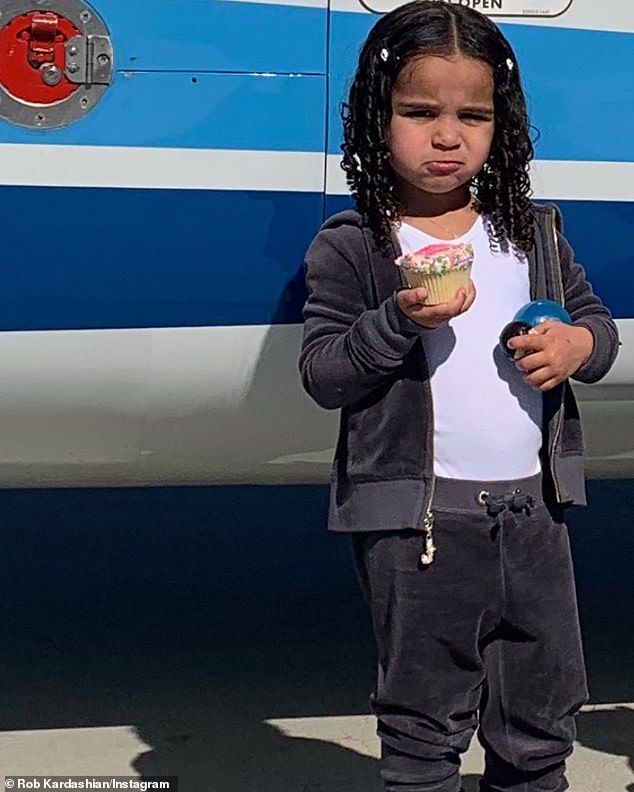 Too cute! A source told People Dream is ‘the sweetest girl and everyone loves her’ 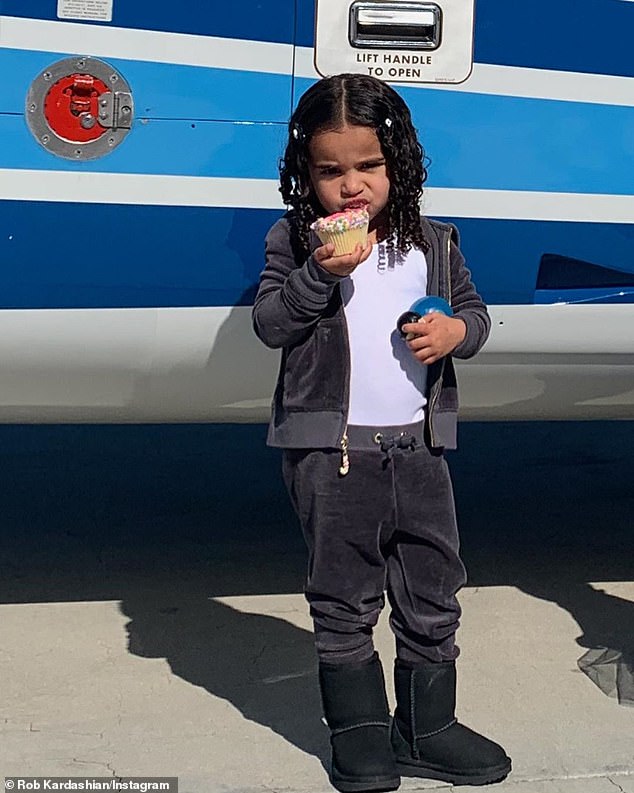 Keeping warm: Dream was clad in a grey sweatsuit on the celebratory day

The Washington, D.C. native had her own party for Dream on Saturday, a source told the publication.

She told RuPaul in June that ‘co-parenting is good’ with both Tyga and Rob, as they’re ‘all in a good place’ and there’s ‘no animosity.’

Chyna added, ‘With both of my baby fathers, we have a mutual agreement and everything runs smoothly.’ 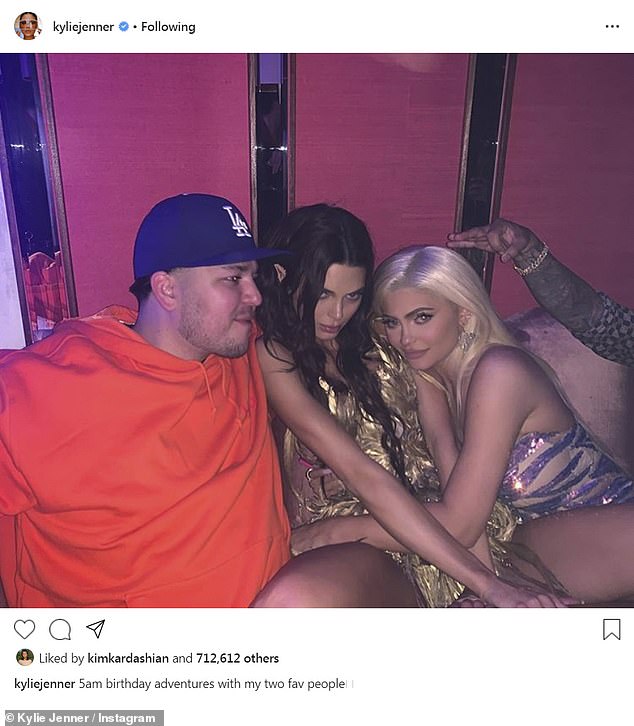 Kim chimed in on Instagram Sunday with shots of Dream and her daughter Saint, three, bonding.

‘Happy Birthday sweet Dreamy!’ she wrote to her niece, ‘We all love you so very much!

‘Going through my phone and see so much of you and Saint makes my heart so happy that you all are so close and have each other.’ 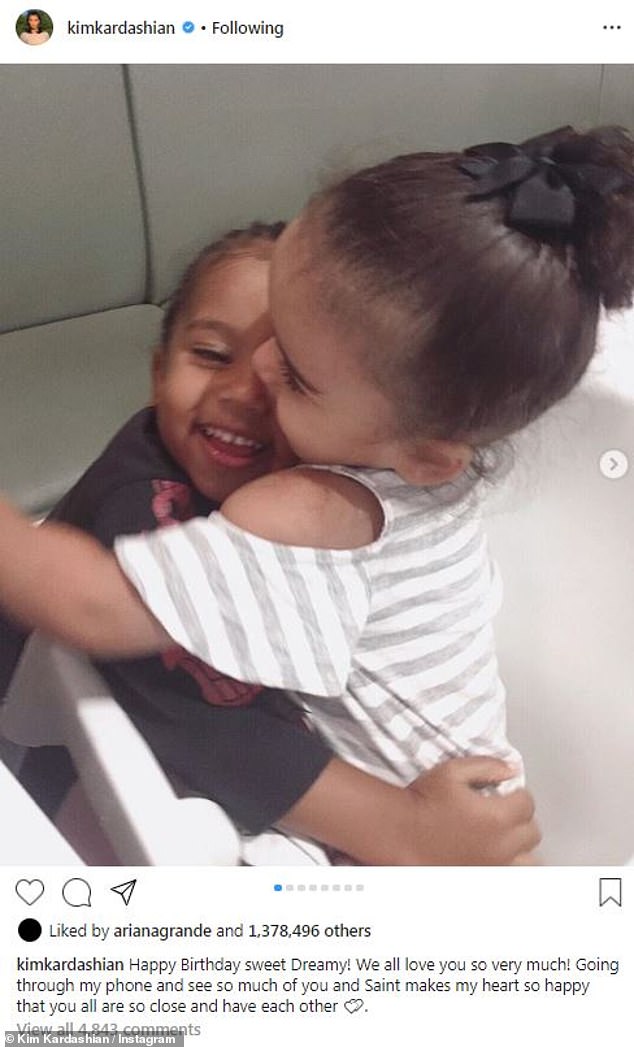 The next generation: Kim chimed in on Instagram Sunday with a shot of Dream and her daughter Saint, three, bonding 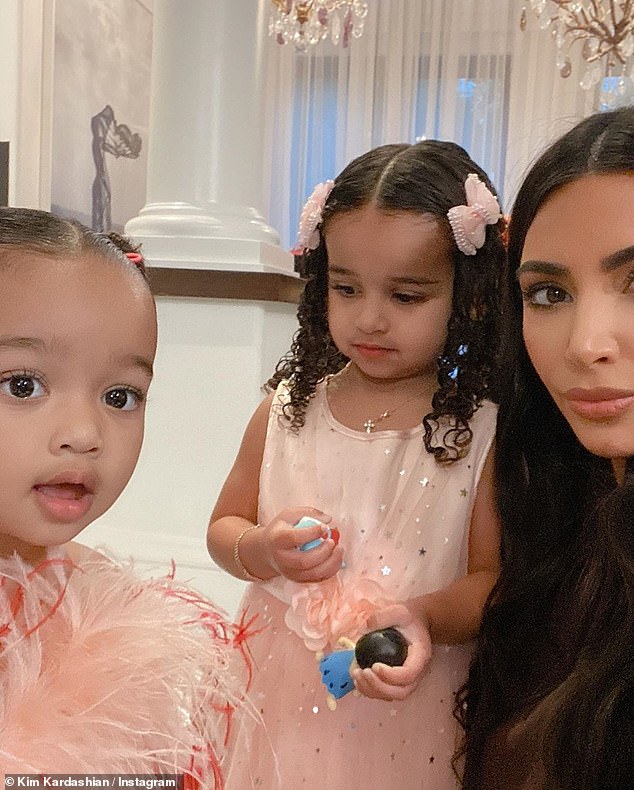 Auntie is here: Kim shared a shot with Dream and her daughter Chicago West 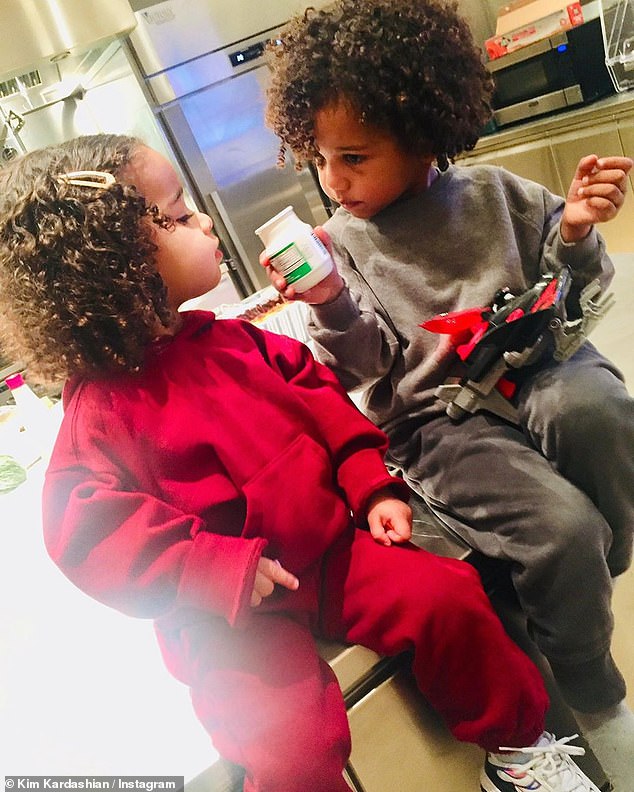 Bonding: The two cousins conversed while sitting on a kitchen island in this shot 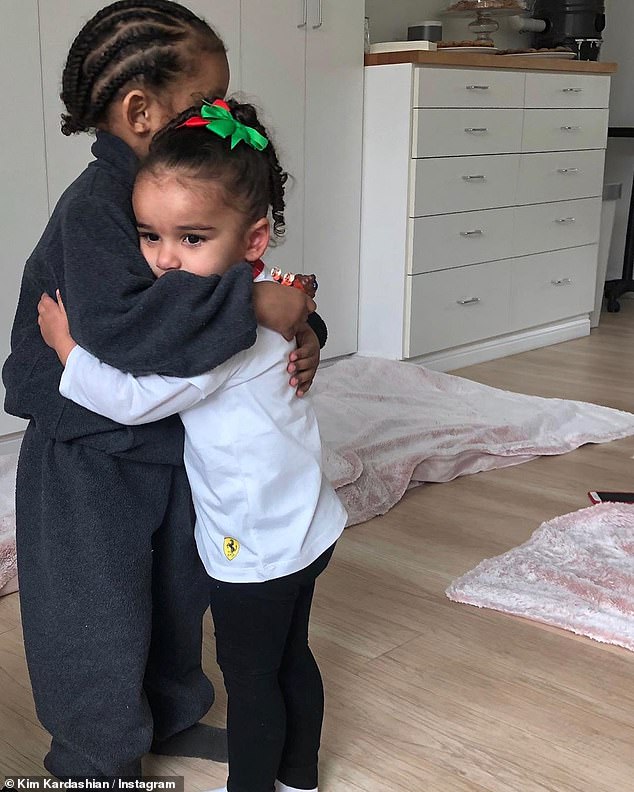 Sticking together: Dream and Saint embraced one another in this heartwarming shot 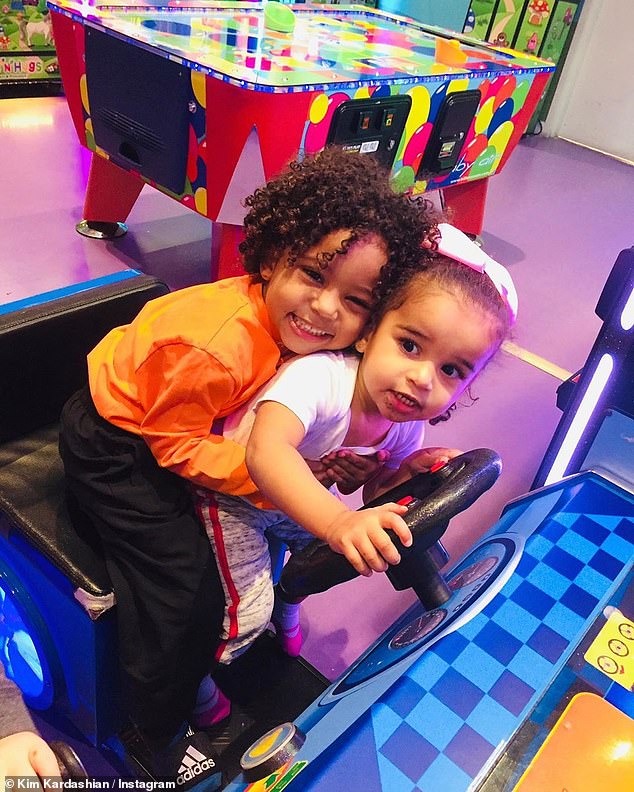 Fun time: The cousins looked to be having fun on a mini-ride at a kids’ entertainment center 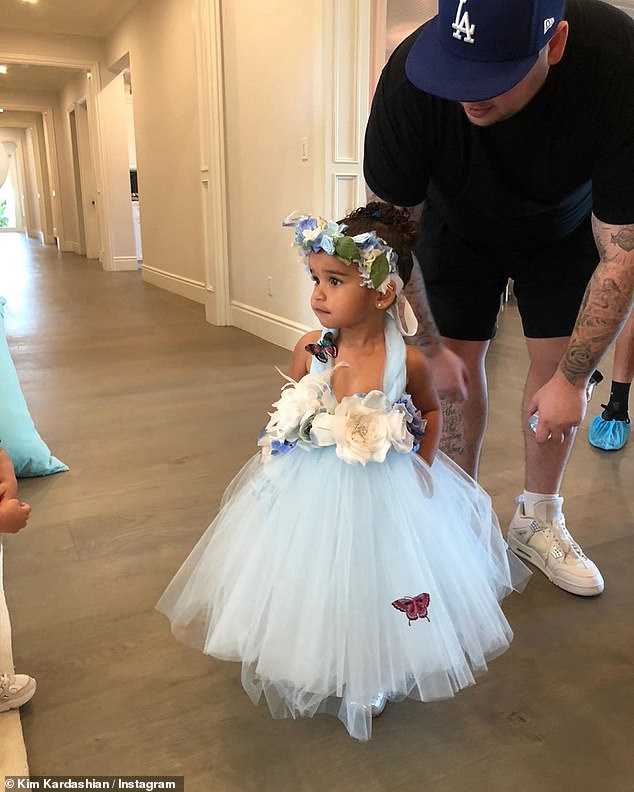 With her dad: Dream was adorably dressed in a floral frock as Rob stood nearby in this throwback shot 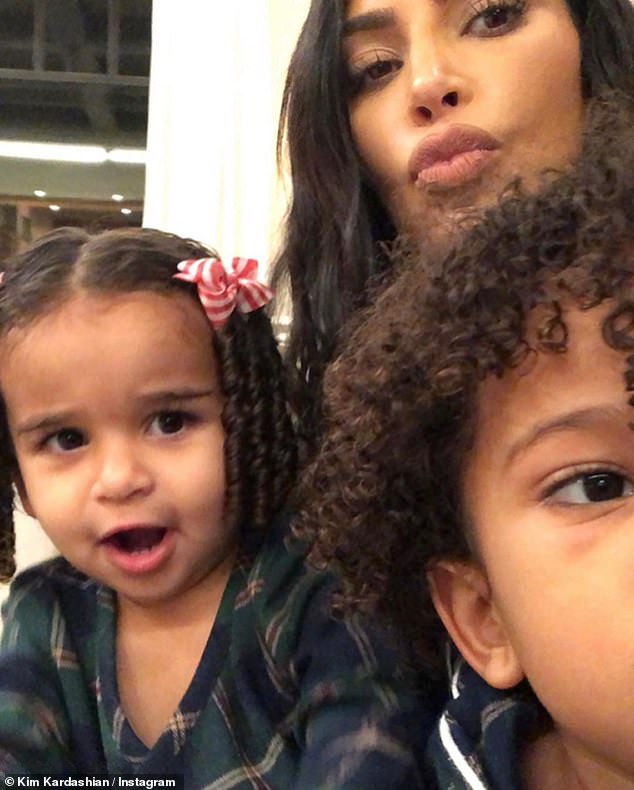 Learn from the best: Dream and Saint posed with Kim, who released a book of selfies in 2015 titled Selfish 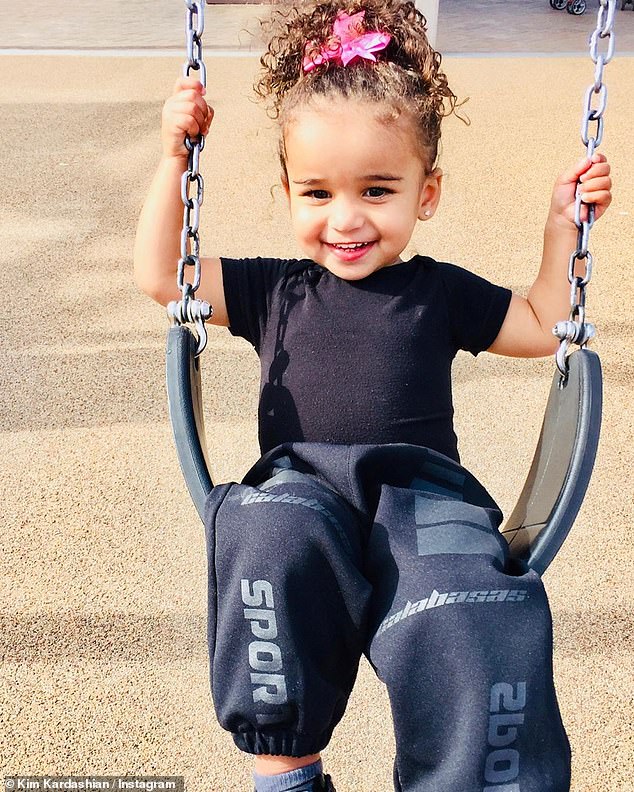 Happy: Dream looked relaxed as she sat on a swing in this playground shot Kim posted