The 32-year-old reality star, real name Angela Renée White, is currently involved in a long-running legal dispute with Kris Jenner and the rest of the Kardashian family, in part, due to the cancellation of her E! show Rob & Chyna.

Chyna’s attorney Lynne Ciani released a statement on Thursday saying: ‘Chyna of course wants her daughter Dream’s ‘Uncle Kanye’ to get whatever help he needs.’

Getting involved: Rob Kardashian’s ex Blac Chyna shows support for Kanye West saying his tweets about Kris Jenner should not be dismissed, after releasing a statement Thursday

The statement, obtained by PageSix, added: ‘However, Chyna does not want all of his recent statements regarding his mother-in-law summarily dismissed as ‘crazy’ as some people apparently would like to do.’

The report adds that while Chyna disagrees with Kanye’s controversial comments surrounding Harriet Tubman and slavery being ‘a choice’ she feels that his tweets about Kris Jenner should not be ‘entirely ignored.’

In a string of tweets earlier this week, Kanye, 43, likened Kris, 64, to dictator Kim Jong-un, and shared a screengrab of him trying to reach the so-called ‘momager’ while also claiming that Kris and his wife Kim Kardashian West had tried to get him ‘locked up.’ 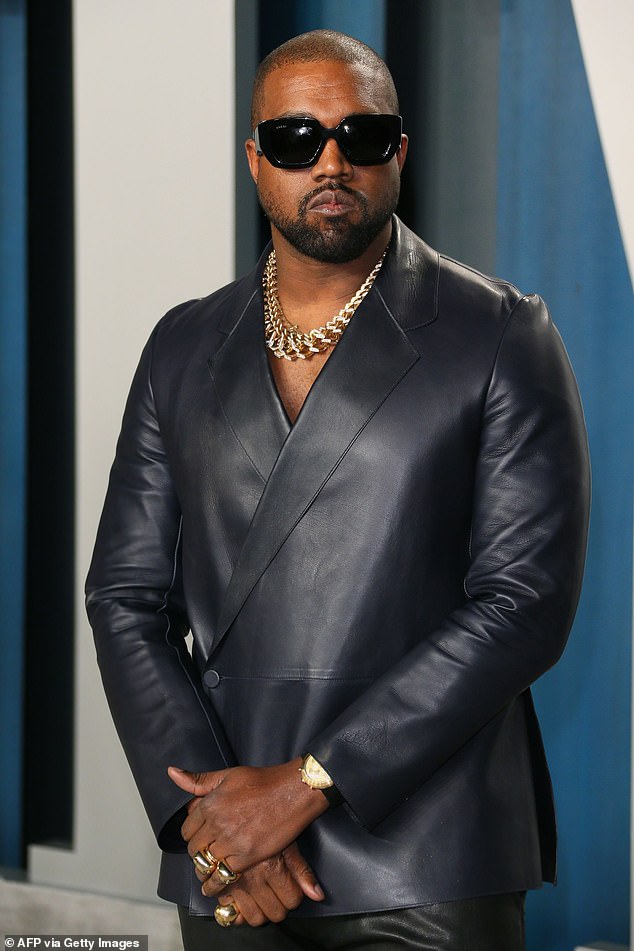 Troubled: Kanye West has been hitting headlines after going on a series Twitter rants while struggling with bipolar disorder 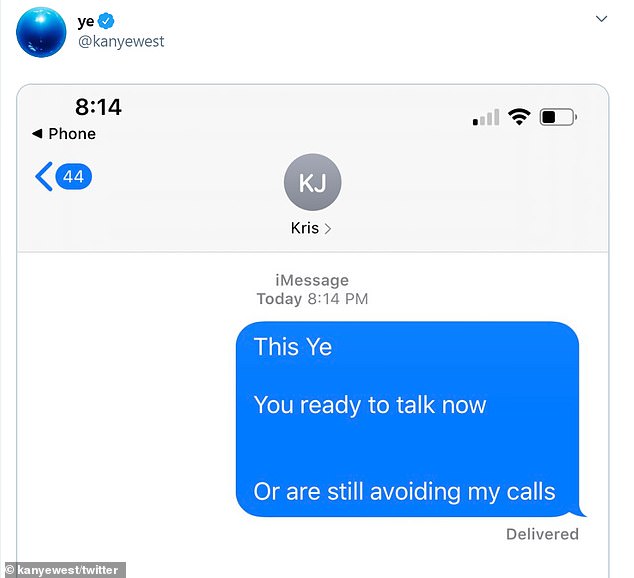 Taking aim: Kanye shared a screen grab of a text message he sent to Kris Jenner, who he likened to dictator Kim Jung-Un

Last month, the Kardashian family hit back at alleged claims of racism made by Chyna over the axing of her E! show Rob & Chyna.

Chyna, 32, accused the Kardashian-Jenner family of racism, claiming it is the real reason why her reality show didn’t get renewed for a second season on the network.

In response to the claims, Kardashian family attorney Marty Singer told DailyMail.com: ‘This is a 2 year old lawsuit in which Chyna has changed her defense more times than we can count.’ 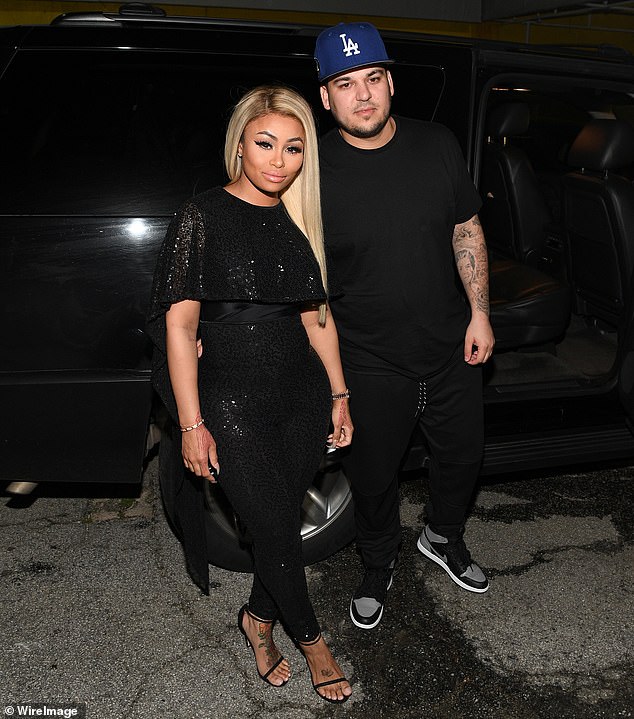 Show: Blac Chyna and Rob Kardashian – pictured in 2016 – had a short-lived E! reality series together

‘Sadly, unsurprising to anyone, she has stooped to a new low, changing her defense to try to leverage the emotions and pain of the moment, insulting the pain and suffering of real victims of racial injustice and systemic racism.’

Chyna’s ex-fiancé Rob and his sister Kylie Jenner previously sued Chyna for battery charges after she allegedly tried to choke him by using phone charger cord. 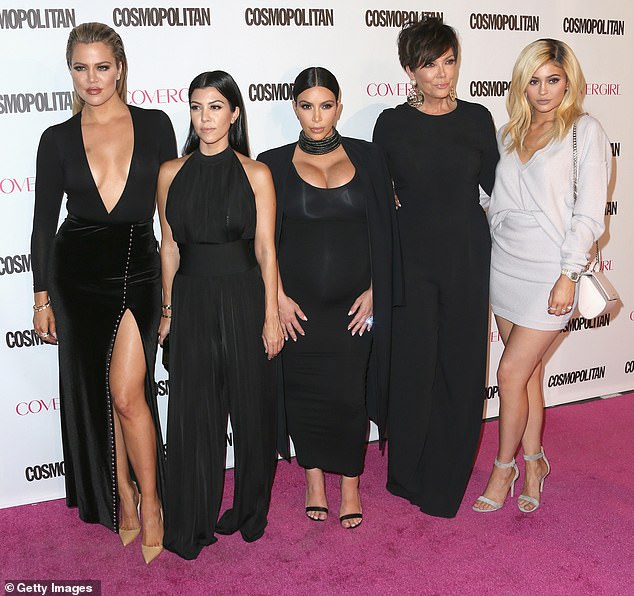 Momager: Kris Jenner pictured with her daughters back in 2015

The reality star, 39, said ‘his words sometimes do not align with his intentions’ after Kanye claimed he has been ‘trying to get divorced’ from Kim since she met his fellow rapper Meek Mill at a hotel.

Sharing three pages to her Instagram story Wednesday morning Kim said: ‘Those that understand mental illness or even compulsive behavior know that the family is powerless unless the member is a minor.’

She told her 180 million followers: ‘I understand Kanye is subject to criticism because he is a public figure and his actions at times can cause strong opinions and emotions.’

‘He is a brilliant but complicated person who on top of the pressures of being an artist and a black man, who experienced the painful loss of his mother, and has to deal with the pressure and isolation that is heightened by his bi-polar disorder.

‘Those who are close with Kanye know his heart and understand his words some times do not align with his intentions.’